Looking forward to a comforting Thanksgiving meal — that's not at the Sharpe Refectory? Last week, patrons of Providence restaurant Local 121 were treated to a unique version of a typical Thanksgiving dish: a pumpkin pie that — from seed to restaurant table — had covered fewer miles than many students travel to return home for the fall
holiday.

The heirloom pumpkins were grown over the summer in Johnston, on 150 feet of land owned by Catherine Mardosa '02 and Matt Tracy. Together, the two run the local farm Red Planet Vegetables, a small business that got its start growing produce in downtown Providence's vacant lots.

Mardosa and Tracy received the seeds as part of a New England-area Grow-Out sponsored by Renewing America's Food Traditions, a coalition of sustainable food advocates. The Grow-Out culminated in Heirloom Harvest Week, which was held Oct. 13-18 to celebrate the season's crop, to promote local food and to preserve heirloom produce. Seventeen Providence restaurants partnered with 13 Rhode Island farmers to add locally grown heirloom fruits and vegetables to their menus.

In 1832, whalers brought the long pie pumpkin — once the only pumpkin used for pie in New England — to Nantucket. Over the next century and a half, long pie pumpkins became increasingly rare — until the late 1980s, when farmer Ernest Leroy Souther Jr. took his pumpkin seeds to Maine's Common Ground Fair. He sold them to a seed distributor, saving the prized stock from extinction.

When cooking with heirlooms for the Harvest Week, Johnson said he tried "to keep it as simple as possible and ... to highlight that particular heirloom, not hide it." The restaurant's special menu last week also included such heirlooms as Marfax beans, Boston marrow squash and Jimmy Nardello peppers.

At Local 121, cooking and eating local food isn't just a weeklong event. Johnson said the restaurant plans its menus seasonally to incorporate as much local produce as possible. In winter, its burgers go without their customary tomato slice — better no tomato than an inferior tomato, he said.

Down the street at Gracie's, chef Joe Hafner added the same strain of pumpkin from a different local grower to slow-poached duck eggs with marrow squash and Jimmy Nardello peppers. Like its neighbor, Gracie's strives to incorporate local food into its regular menu — in fact, much of its produce only has to be carried from the roof to the kitchen downstairs.

The restaurant grew its own heirloom marrow squash and Siberian watermelon for Heirloom Harvest Week in a garden on its building's roof in downtown Providence, Hafner said. The garden also features other organic produce, including peppers, cherries, herbs and more than 30 types of tomatoes.

The Ocean State was not the only place to get a taste of the Grow-Out. Chefs Collaborative, a non-profit supporter of sustainable food, also distributed seeds to growers in Massachusetts and New Hampshire, according to the organization's Web site. A total of 28 farmers and 35 chefs participated in the event.

While restaurant customers may have been excited for the unusual dishes they were able to enjoy last week, Mardosa said receiving free seeds to grow was one of the best aspects of the Grow-Out. "I think the gardeners probably made out the best," she said.

Heirlooms are strains of fruits and vegetables that have been preserved for more than 50 years without crossbreeding or genetic modification. According to many chefs and farmers, heirlooms are often tastier than hybrid plants and sometimes unusual in appearance — for example, heirloom varieties include black rice, banana-shaped melons and green tomatoes with stripes. They are also often resistant to extreme climates or local pests, several farmers said.

"They're part of our history. They're unique," said Johnson, head chef at Local 121.
Though all types of vegetables come in heirloom varieties, heirloom tomatoes are perhaps the best-known, since many differ drastically from the average tomato.

"In the '70s people thought of tomatoes as round red things," Mardosa said, adding that people were surprised to find orange and green versions that weren't created in a lab.
"They were bred that way, and grown in gardens and backyards," she said.

Many heirlooms come with interesting stories, such as anecdotes about corn thieves and backstabbing neighbors, said Amy McCoy, chair of Slow Food Rhode Island, one of the Grow-Out's sponsors. "It's kind of like art history, in a way," she said. "It's the history of a culture."

Heirlooms, Mardosa said, can also be bred to withstand nature's curveballs. "In the Southwest, they're growing things that can withstand amazing droughts," she said. "Up here we've got to grow things that won't rot."

"In late summer it rained so hard, most people growing regular sugar pumpkins lost their crops," she said. "They rotted. But the long pies … were ripe and stored in my barn by August."

Still, heirlooms can be a risky investment. The farmers participating in the Grow-Out "received a lot of these seeds not knowing what the outcome would be," Johnson said, citing one farmer who lost his entire crop to this summer's rainy weather.
Many local chefs choose heirlooms over their hybrid counterparts because of their taste.
"It's not always better if it's local, but I think 90 percent of the time that holds true," Hafner said. The chef said though heirlooms are more expensive because of their lower yield per plant, they offer more complex and unconventional flavors.

In the profusion of sustainable food jargon that fills today's pop culture, words like "local," "organic" and "heirloom" are used almost interchangeably. But few realize the dilemmas that their differences in meaning produce — for example, whether buying local, non-organic produce is more socially responsible than purchasing organic products from far away.

In fact, according to Brown Dining Services' Dietitian Gina Guiducci, most local Rhode Island growers are not exclusively organic due to financial constraints. Not only is it expensive to get certified as organic, she said, but many local farmers spray only minimally — not quite enough to qualify as "organic."

"I think there's a certain cachet to the term ‘organic' that isn't really reflective of the complexity of (the) food you buy," said Sarah Gibson '10.5, a member of the Sustainable Food Initiative and a volunteer at the Farmer's Market on Wriston Quadrangle.

Buying from local farmers is "ultimately more responsible than buying organic produce from the other side of the world," Gibson said.

Though Brown did not participate in the Grow-Out, in recent years the University has made efforts to incorporate local produce, meats and dairy to its menus.
But many small growers find the University's appetite too big to satisfy.

Red Planet used to receive salad bar leftovers from BDS for compost but was overwhelmed by the quantity — "over a couple tons a week," Mardosa said. Red Planet, which sits on a total of two acres, does not have the capacity to service an operation a
s large as BDS.

Though the University's size poses a challenge to working with local farmers, supporting them is one of BDS' priorities. Local food takes precedence over heirloom or organic produce, according to Guiducci.

"We take into consideration distance food has traveled or will be traveling (to decide) who we can help," Guiducci wrote in an e-mail to The Herald, "and if our partnership will ultimately help local farms, food producers and vendors." 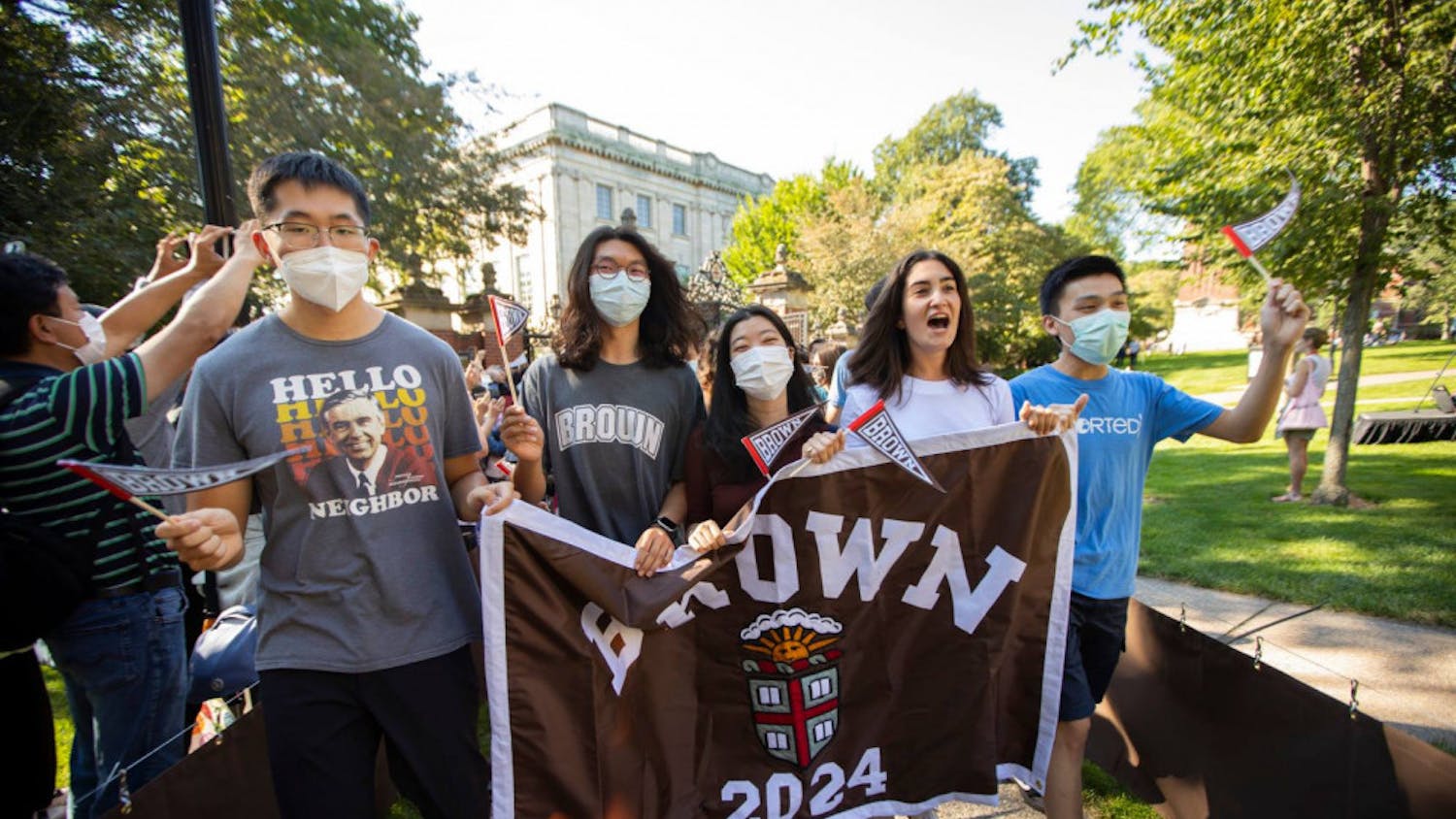 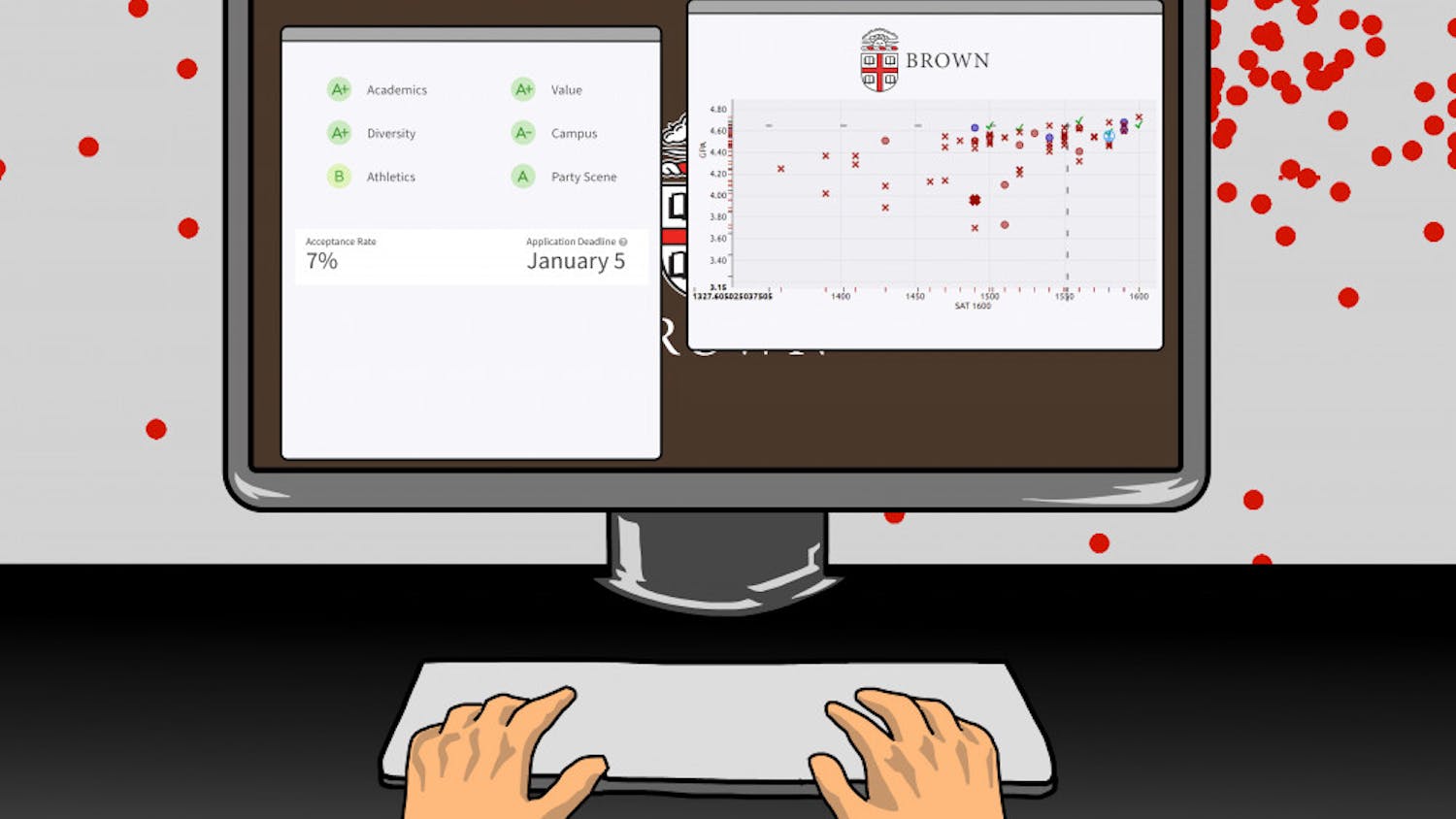