Girish '17: Privilege and disenfranchisement are not mutually exclusive

A few weeks ago, Junot Diaz gave a rousing and thought-provoking lecture at Brown on social activism in academia. Of the many nuggets of wisdom in his talk, one struck a chord with me:  “You’ve got to have a conversation with your privilege parallel to your conversation with your disenfranchisement.” The Pulitzer Prize winner urged the students in the audience to reflect on the advantages a college education affords them even as they fight the ways in which college institutions disempower them.

Diaz was responding to a student’s question about giving back to one’s community after making it to Brown. His statement was specifically intended as a call for students to recognize their responsibility to those who are even less privileged than they are. Yet it brought to light a larger point that the current, raging media debate against student activism fails to acknowledge: Privilege and disenfranchisement are not mutually exclusive.

In the think pieces that have flooded the media of late, denouncing the anti-racism protests at schools like Yale, the University of Missouri and Brown, a common refrain has been that the grievances of marginalized students cannot be legitimate because they each attend an institution that is a “bastion of wealth and privilege.” In a recent piece in the National Review Online, Jay Nordlinger found it hard to believe that Brown students, who are “the luckiest people on the face of the earth,” can be so ungrateful as to feel systematically oppressed “at this renowned institution, on this beautiful campus, at the tippy-top of American society.”

In the City Journal, Heather MacDonald questioned accusations of racism at Mizzou, writing that “black students, like every other student on campus, are surrounded by lavish educational resources” and going so far as to claim that “thousands of Chinese students would undoubtedly do anything for the chance to be ‘systemically oppressed’ by the University of Missouri’s stupendous laboratories and research funding.” An opinion in The Wall Street Journal dismissed student allegations of marginalization at Yale, noting, “as though someone with a Yale degree could be marginalized in America.”

This reductive tendency to paint the college experience, especially the Ivy League experience, in one broad stroke of “wealth and privilege” is problematic in two ways. Firstly, it generalizes a narrative that simply isn’t true for many students. The unspoken assumption in these pieces is that students at elite colleges are all students of privilege. While that may have been true once — and that legacy still persists on these campuses — the demographics are changing.

As of September 2014, 31.5 percent of Brown’s undergraduate student body identified as American Indian, Asian, African American, Hispanic or Native Hawaiian or other Pacific Islander. About 46 percent of undergraduates received need-based financial aid. And 17 percent of the class of 2018 are the first in their families to attend college.

Whether these numbers say anything decisive about how inclusive these schools are may be open to debate, but what these numbers do say is that these students exist. And they deserve to be listened to, because their experience at these elite institutions may not be the same as that of the blue-blooded Ivy Leaguer of lore.

The students protesting systematic oppression on campus are not all spoiled brats who critics assume are throwing tantrums because they’re used to getting what they want. Not all of them waltzed in on the strength of their social, cultural and economic capital. They are often students who have worked hard to overcome a lack of privilege and capital and make it to these schools, only to find themselves in institutions ill-equipped to support socioeconomic diversity.

Secondly, and perhaps more importantly, the argument that students cannot, or should not, feel disenfranchised when they have the privilege of a “lavish” college education denies them their intersectionality. Developed by Kimberlé Crenshaw, the concept of intersectionality emphasizes that individuals exist at the intersection of multiple social identities, and systems of oppression and discrimination impact individuals differently depending on the particular intersection they inhabit.

Intersectionality tells us that social identities are not insular, but rather influence and compound each other: A woman of color experiences sexism differently than a white woman. Yet intersectionality also tells us that social identities don’t cancel each other out: Class privilege — or cultural privilege, in the form of a Yale degree — may change a person of color’s experience of racism, but it doesn’t make it disappear.

As Perrye Proctor puts it eloquently in the Huffington Post, the psychological toll on students stopped to present an ID because of their race or called “ghetto” by classmates isn’t mitigated by “access to a nice treadmill.” A well-to-do student at Brown can face institutional racism or sexism, a white student can face classism or ableism or homophobia and a “rich” international student can face xenophobia or Islamophobia.

Yes, because of the privileges students do have, which include a prestigious college education, there might be others in the world who have it worse. And yes, it is important that students be aware of these privileges. But if only those who, by some metric, were the “most” disenfranchised or “least” privileged were allowed to speak up against the status quo, then change would cease to happen.

A person is not defined by just one identity or another, and privilege and disenfranchisement don’t constitute a binary. It is crucial that we keep our conversations with both in parallel as Diaz advised, or else we run the risk of turning a blind eye to a genuine need for change.

Devika Girish ’17 is a modern culture and media concentrator and can be reached at devika_girish@brown.edu.

Bayard ’24: The GOP’s heart is no longer orderly nor conservative 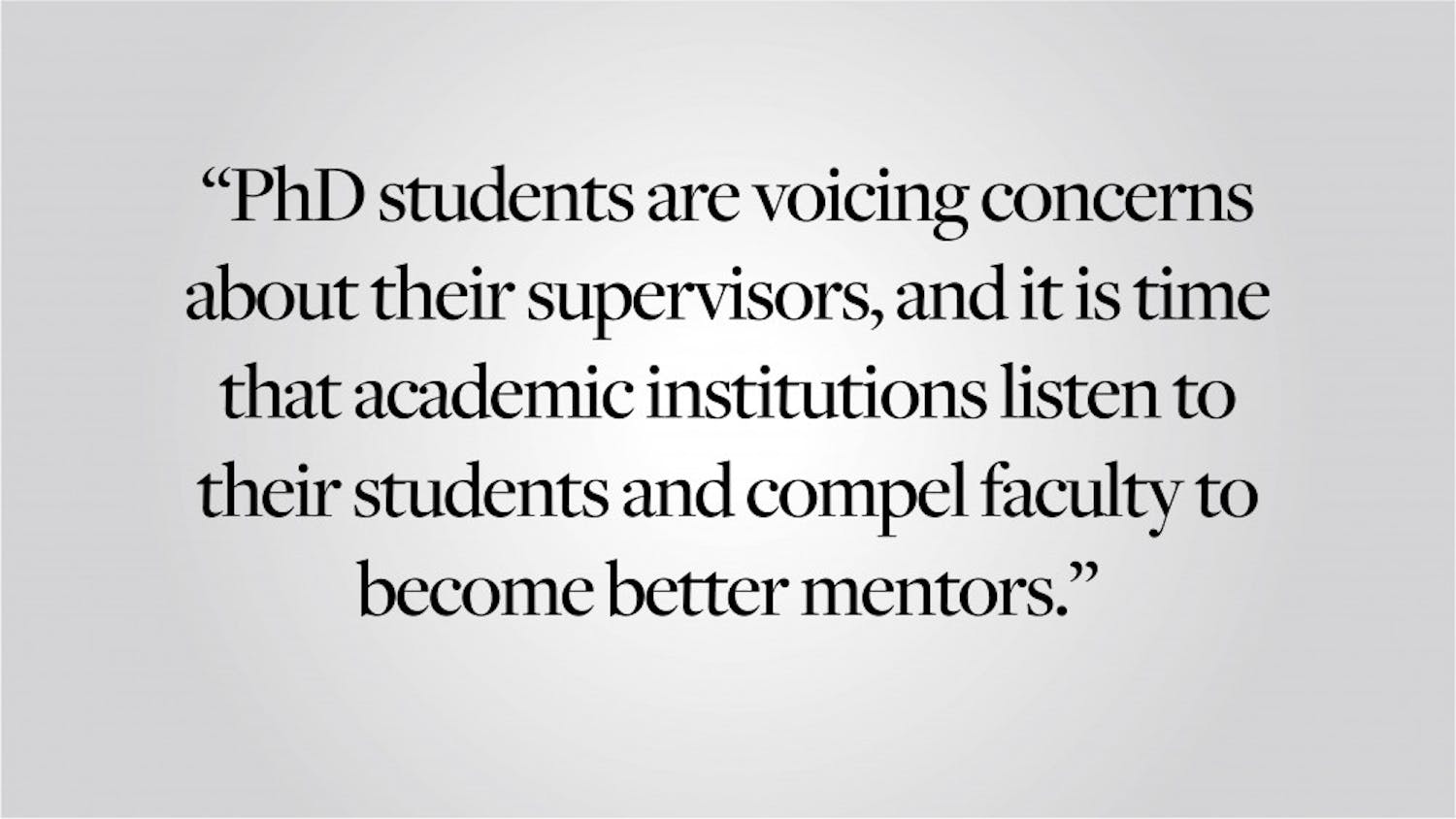 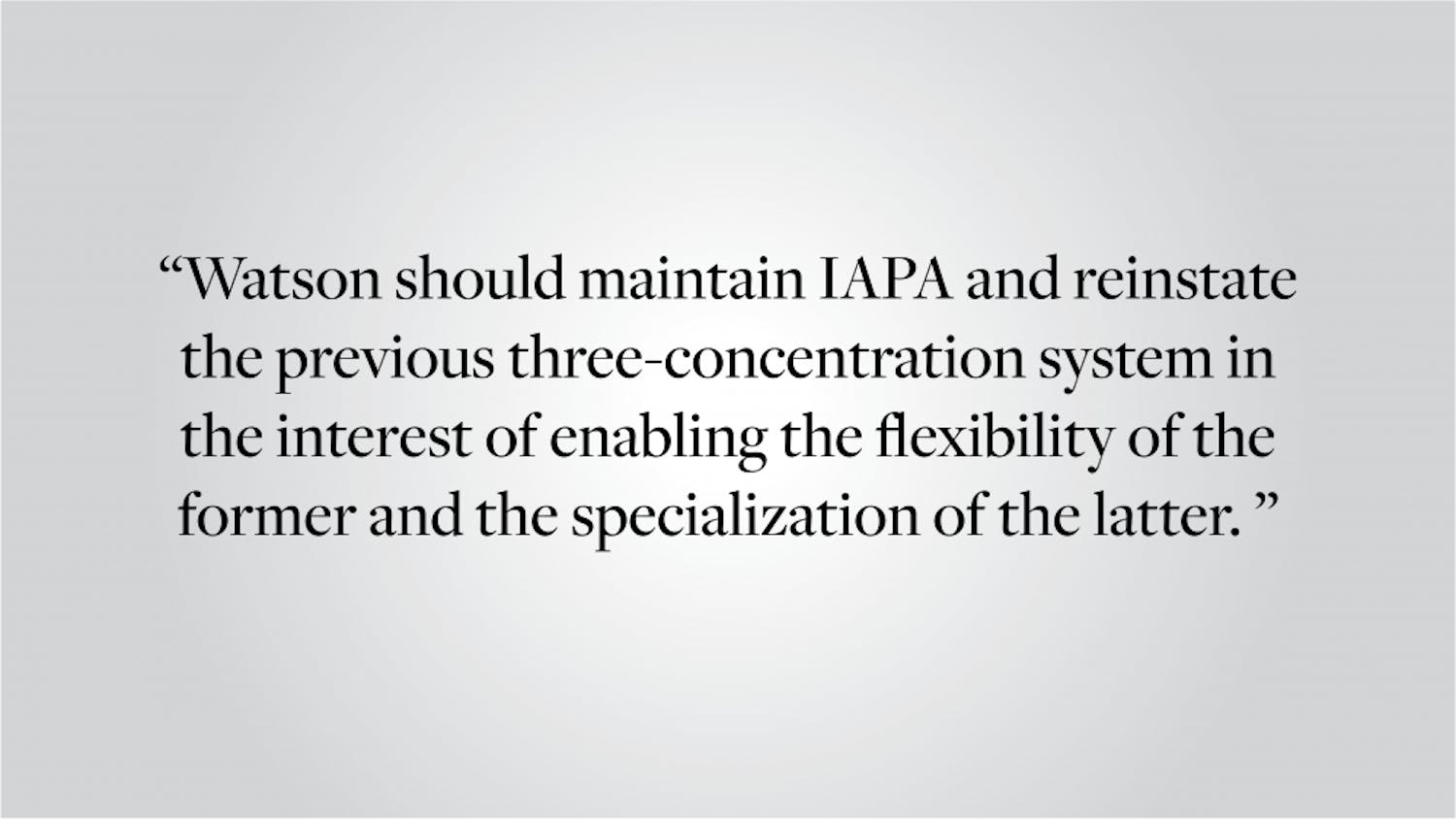 Gupta ’22: IAPA and the old three-concentration system can and should coexist