rediscovering family and culture from afar

The CIA has a categorization of languages listed in order of how long it would take the average American to learn to speak them. At the bottom are languages closely related to English. It should only take around 600 hours to become proficient in Romance languages and fun language cousins like Swedish and Norwegian. German is a little harder, requiring an extra hundred hours. The next tier includes only Malaysian, Indonesian and Swahili. Then comes the fourth tier. At 1,100 hours, this tier includes most languages using the Latin alphabet that aren't linguistically connected to English. There are seven languages singled out in that category as particularly hard to learn before the final tier. One of those seven languages is Hungarian.

I had always known to some extent that Hungarian was special. My family used it as a secret language, a way to communicate with one another in our own little bubble that no one could penetrate, but I’d never thought of the language as hard to learn, or that it would be hard to find people to speak it with. It was my mother tongue. My first word was the Hungarian word for cat, whispered intensely: cica, with a finger pointing along with it. English came along as well, but my mother’s diligent reading of Hungarian stories, my aunt's long phone calls from across the ocean, and the months we spent with my family in Hungary paid off. Hungarian had the sweet sheen of family summer: my grandma, doting great-aunt, benevolent uncle and older cousins, people who would give me gum even when my mom said it wasn’t allowed.

Despite a childhood steeped in Hungarian and Hungary, college necessitated working for the summer, less free time, less time for family. I stopped my regular family phone calls. My great-aunt, my favorite person to call, had died when I was around 12, and my grandmother died right before I started college. The death of my older relatives also lessened the urgency of visits. My grandmother could no longer watch me grow up, and besides, I was already grown. With the loss of these phone calls came a sharp loss of my fluency. My mother shied away from speaking Hungarian once I was grown, preferring to speak English for practice; my father was oppressively enthusiastic about practicing Hungarian, making it feel like a task instead of conversation, and then I became an adult and Hungarian became something I almost never spoke.

Then Covid hit. The idea that I had ever lacked time to visit my family became hard to process when I no longer had the option of seeing them. The scarcity of the language made it a precious resource slipping out of my fingers. I’d never thought of my Hungarian self as hard to connect to. For me, it’d always been easy—facilitated by the adults in my life.

As a child, summer entailed two or more weeks of total Hungarian immersion. I’d visit everyone across the ocean whom I loved. I’d eat goose liver fried to a crisp, set upon soft roasted apples, dripping with grease. I’d water the flowers on my grandmother’s and great-aunt’s gravestones. I’d go out into the garden and kiss the cats. I’d converse with my baby cousins who’d tell me all kinds of rude things and bite me. The summer of 2020 was different. Covid showed us all how fragile life is and how quickly it can be taken away. Changing travel guidelines, quarantine requirements, and unclear records of cases in Hungary made the choice to visit an impossible one to make. Staying away from my family for safety felt like condemning myself to never seeing them again. The preservation of family at home was in direct conflict with the preservation of relationships with family abroad.

It was in this weird in-between-place of language, family, and missing both that I started to take my connection to my heritage into my own hands. First, I tried to seek out more Hungarian media—easier said than done. My reading level in Hungarian was low and I often quit out of frustration. Books were not a sustainable option. I could speed read in English; why slog through a language that only came to life when I whispered the words on the page?

In a previous language freak-out, I’d turned to the television of my childhood. My favorite: Dr. Bubo, a kindly owl who treats his forest friends’ ailments with the help of his nurse Ursula, a warm-hearted bear. But now, I felt like I needed something that would connect me not only to the idealized Hungary of my childhood, but the language, feelings, and understandings that people have of places they live in as adults. I decided that I wanted to listen to Hungarian popular music. The question was: where to find it?

Then I was reminded of a band I hadn't thought about since childhood. In 2016 one of the members of the Hungarian band Omega sued Kanye West for 2.5 million dollars. Gabor Presser, the keyboardist and songwriter for the band, claimed that Kanye had used an unauthorized sample of Omega’s song “Gyöngyhajú Lány” (the girl with the pearls in her hair) in his 2013 song “New Slaves.” In Kanye’s song, the guitar solo and chorus are distorted while Frank Ocean sings over them. To someone who doesn't speak Hungarian, it sounds more like pleasant background music than words. For me, it was a revelation. Copyright issues aside, Hungary had been pulled into a contemporary culture that was familiar to me and the people I cared about.

I knew Omega because their song “Petroleum Lamp” featured heavily in stories of my uncle's childhood pranks. I often tricked my mother into giving me extra computer time by asking to see a video of Omega performing. The lead singer, Janos Kobor, pranced around with exaggerated Mick Jagger energy on stage, the Hungarian audience cheering along. Omega was silly, but it was also Hungarian rock music that sounded like British rock music, even if most people couldn't understand the words. Now they were affiliated with Kanye, their most popular song embroiled in legal trouble. “Gyöngyhajú Lány” became international almost immediately. Omega recorded versions of the song in English and German, spreading its sound across Europe. The German band The Scorpions also covered the song, helping it rise to the tops of the charts, and other versions came out in Polish, Czech, and Bulgarian. It was an Eastern Bloc hit. And on the B side of the EP from which Kanye stole was the song of my and my uncle’s childhood: “Petroleum Lamp.”

The music related to everything that I missed about my home away from home. As I listened to Omega’s catalog and its subsequent radio on Spotify, I found more and more that sounded right, and it made my heart hurt deeply with the pain of being away.

One of those groups was KFT. Despite never having heard them before, the sounds of the band were some of the sounds that made me miss Hungary the most. Active since 1981 and still going strong, the first song of theirs that I heard was an ode to one of my most treasured childhood spots. "Balatoni Nyár" (Balaton summer) describes an affair on the shores of the Balaton—a huge lake, dedicated vacation spot, and neighbor to the town my mother grew up in. My summers, too, were spent lazing on the shores of this lake, though unlike the singer of the song, I was not having extramarital affairs. Instead I played with beach balls, devoured ice cream until I was on the edge of nausea, and turned purple, covered in masses of bug bites.

In another one of their songs “Csak az ágyban” (just in bed), the band sings about the various colors of the metro and streetcars in Budapest. Just let the streetcars stay yellow, just let the metro stay blue… Those lines drove me to tears. I wanted to be on those yellow streetcars that were so close in my memory and yet so far away from me. I wanted to ride the blue metro all the way to my cousin’s neighborhood and babysit her kids while she went to the movies.

When my father told me about how he learned Hungarian, he always mentioned the moment he knew he was on his way to fluency. Everyday in Budapest he’d take the bus, a calm experience where he’d bathe in the sounds of the language without fully absorbing any of the meaning. But after his 1100th hour of language learning, his bus rides changed. Instead of a soothing hum, he understood the words around him, and what the people were saying was at best rude, at worst horrifying. He wished he could go back, but he had entered the culture, and there was no removing that language from his brain. He was cursed with understanding, no longer just going with the flow—he understood Hungarian without any mediation, on his own terms.

A couple weeks into listening to KFT, I realized that certain oddities of my uncle's speech were taken from their songs. Often as he made himself tea, he’d sing to himself about how nicely the tea steamed, how nice the tea smelled. From my headphones the same tune emanated. How nice the tea steams, how nice it smells, you can put some honey in it. These song lyrics which had previously washed over me like a soothing hum were now grasped tightly in my fists. What I thought had just been my uncle and my family had been a part of the culture all along. Finally, I was engaging independently while I pulled myself into Hungarian on my own terms. 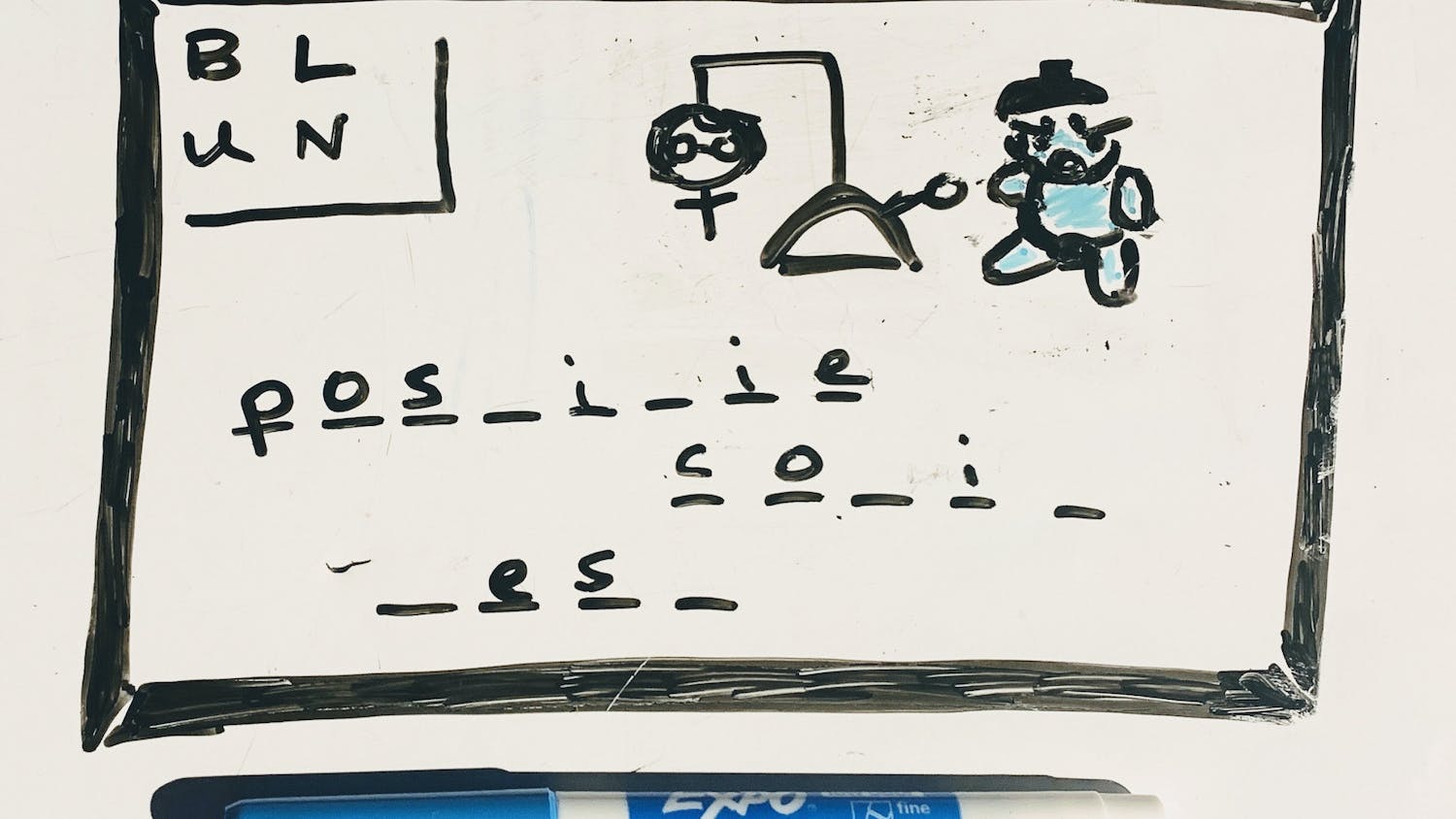