When you hear the word “Africa,” what is the first image that pops into your mind? Many think of mighty animals in the wild, soaring through the safari, roaring in the pride lands, pounding on the earth with tons of skin and bones. Others often picture rheumy-eyed children, whose little bony bodies wander through a village in search of food, shelter, and clothing.

Be honest, what did you think about when you read the word “Africa”? Did you think back to the first time you watched The Lion King? Or of the UNICEF advertisements advocating for starving children in Africa, urging people to donate to the cause? If your subconscious or conscious mind immediately went to these common stereotypes, don’t feel bad—this is the Africa you have seen in the media your entire life. The Western representation of Africa does not seek to dive into the exquisite continent, but looks only to superficial stereotypes—Africa is either promoted for its diverse animals or is used to guilt people into donating to a humanitarian organization. In Western media, that is all there is to it, a surface-level depiction of a continent with great depth and purpose.

T.S. Eliot once stated, “We shall not cease from exploration, and at the end of all our exploring will be to arrive where we started and know the place for the first time.” As a Nigerian-American, I confess that I have had an upper hand in knowing the continent’s truths. My first-hand experiences living in Africa contrasted the narrative painted by the Western media. And when did my comprehension begin? It all started with a trip across the Atlantic Ocean.

When I was at the young age of three, my mother packed our bags and we moved to Nigeria. For the four years I lived there, I learned about my culture and heritage. Bright-colored Ankara clothing flooded my senses at parties, never-ending forests called to me on long journeys to Ilesha, and messy translations from English to Yoruba were my only form of communication. I learned about the pride that Nigerians possess and the many tribes (Igbo, Yoruba, Hausa, Fulani) that are deeply connected to their history, both the good and the bad. The entire nation gave me an understanding of my ancestors and all that they did to claim back the land that they loved so much.

When I came back to the United States, the way my peers perceived Africa felt foreign to me. Not only was I perplexed by their jarring viewpoint, but I was hurt to know that they saw me as inferior to them because of my accent and the misconceptions they had heard about Africa. I remember a classmate asking me if I lived with lions in the wild. As a seven-year-old with a wild imagination, my initial reaction was I wish I lived with lions; that would be amazing. But soon, I recognized the hidden meaning of the question: that I wasn’t seen as an individual, but as a symbol of a continent with “emaciated children,” “wild animals,” and “underdeveloped nations.” As the years progressed, I began to understand the complexity of the misrepresentation of Africa.

I remember the first time I heard the “Nigerian Prince” stereotype. I was nine years old, and two years into my continued life in the United States. And while silently and curiously listening to a conversation between my mother and her American friend, I learned that apparently, a Nigerian prince emails people for money? I was genuinely confused by her story because I knew that Nigeria didn’t have any princes. In fact, I learned in grade school that Nigeria was a federal republic with a president. I wondered why my mother’s friend did not take the time to look up Nigeria’s government before giving away thousands of dollars for the promise of “love.”

In 2014, when I was 10 years old, my family of avid football fans (excluding myself) gathered for our annual World Cup viewing. During this World Cup, Delta Airlines posted a tweet congratulating the United States for defeating Ghana in the World Cup. The United States was represented by the Statue of Liberty, and Ghana by a giraffe. In the tweet, America was shown in its glory, while Ghana was represented by a poorly-researched stereotype. Ghana is filled with rainforests that are home to many  jungle animals. Giraffes don’t live in rainforests, the same way that polar bears don’t wander the streets of Los Angeles. Delta Airlines failed to take the time to understand the nation. My parents and siblings laughed it off and made it into a joke, but it didn’t feel like a joke to me. I was angered by the disrespect at 10, but now, I understand my family’s reaction. My family members, older than I was, had experienced all forms of African stereotyping to the extent that all they could do was laugh. They had become desensitized to the occurrence because it was like any other day to them.

Western media’s portrayal, or lack thereof, of African narratives contributes to the problem. Most media platforms limit the resources for reporting on Africa and spread representatives across different sectors of the continent, greatly reducing the level of credibility of the information that they report. For example, in 2019, CNN's only African media correspondent was Eleni Giokos. She single-handedly reviewed all news across Africa. In comparison, there are over 1000 correspondents in the northern hemisphere. In addition to Eleni Giokos, there were a dozen people that were in charge of acquiring accurate information on a continent with over 54 countries. It is impossible for 12 people to cover the second largest continent in the world.

Misrepresentation of Africa has many causes, ranging from a lack of interest to the lack of acceptance. For centuries, African countries suffered through colonialism that caused widespread death, fractured tribes, and divided Africans as a whole. Before the colonization of Nigeria and Cameroon, the bordering nations were almost one and the same. People from this region were in the same tribe and spoke the same language. But when Nigeria was colonized by the British, and Cameroon was colonized, first by the Germans and then by the French post-WWI, newly created borders divided the two countries. Ten years of colonization passed, then a hundred, and now the two countries speak different languages, wear different clothes, plant different crops, and view each other differently, as the enemy. This is the impact of colonization: ruination. After Western nations left Africa, they lost interest in the continent and its countries. The West lost interest in the societal welfare of Africa, but economically, they continue to exploit various countries.

A quote from Byrant McGill states, “Acceptance is the road to all change.” The older I get, the more I realize that Western media will not accept Africa, and thus will not change the way it views Africa by itself. It is up to me and other Africans to change the narrative.

At 17, part of my senior project to combat misconceptions about Africa was teaching third graders to create their own Ankara notebooks. While crafting, I told them a story about how writing something down gives it power. I talked about how West African tribes, when tormented by colonization, wrote down their history, customs, and traditions as an act of rebellion against those who wanted to “civilize” them. I was overjoyed to speak my truth about Africa then, and now I hope to continue to shed light on what the Western hemisphere perceives as the “third world.” From the architectural masterpiece that is Dar es Salaam, Tanzania, to the hub of African entertainment and television rooted in Lagos, Nigeria, and the history of African domination through Cairo, Egypt, I aim to reclaim the narrative, and I hope that you will listen to the story I'll tell.

Let’s play one final game of word association… AFRICA. Which version did you picture? 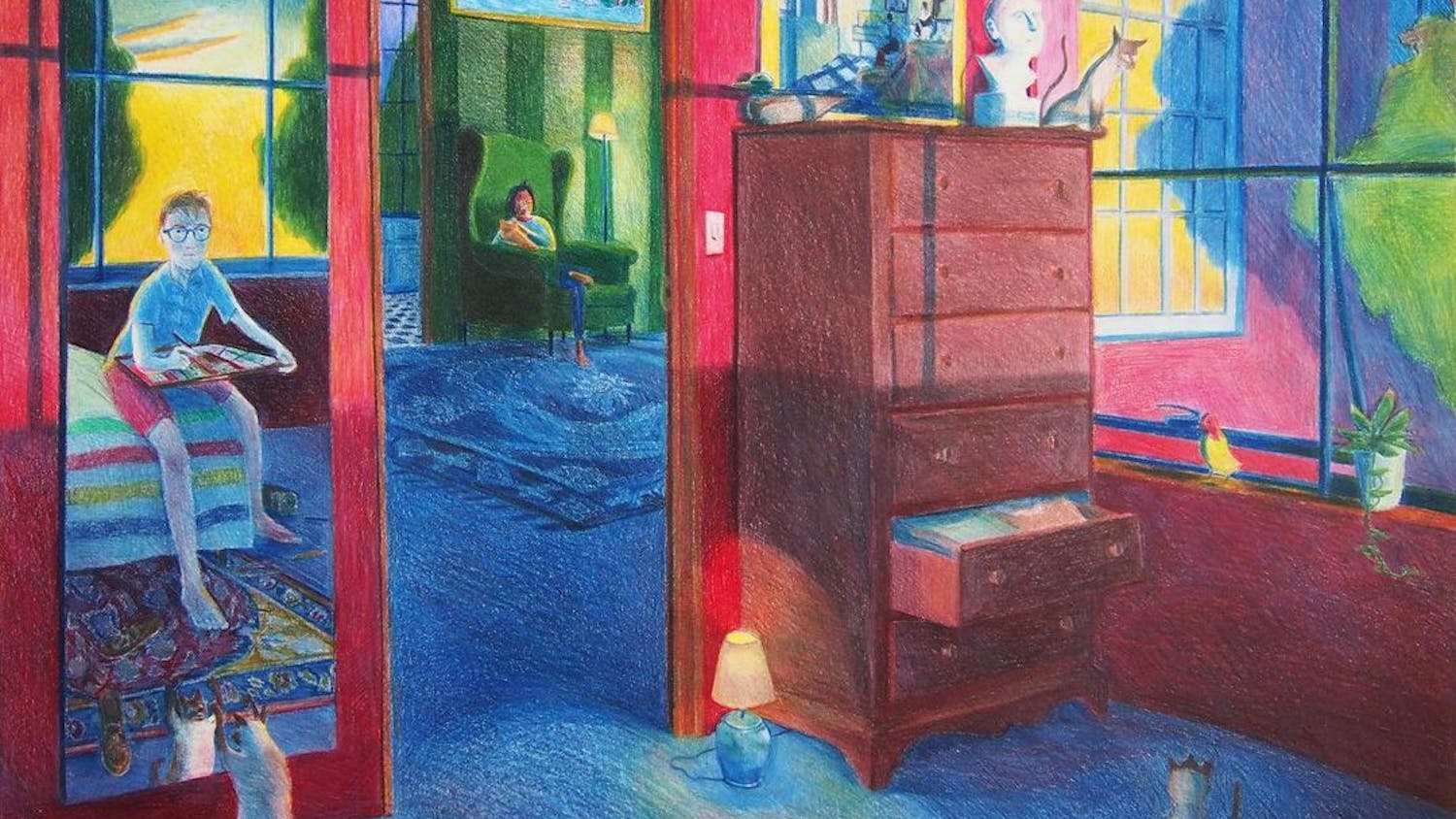