Morning dew twinkles on the twigs of grass, crisp in the dawn air. The smell of a fresh summer rain wafts off the asphalt, conjuring nostalgic memories of early July. Gusts of wind carry secrets between maple leaves as they start to blush with embarrassment. Puddles condense into sloshy heaps, liquid enough to dampen a sock, but firm enough to step through the seasons. And with each step into the new, a promised practice waits on the other side: shoe rejuvenation—reshoevenation, if you will.

It's a ritual at this point. Four times a year, I’m up before my alarm, springing out of bed and pulling on an old shirt scavenged from some high school event. Bounding downstairs, I open the closet and assess, pulling each pair out with care—left then right, they walk off my hand’s runway and do a spin, brandishing their blemishes and beauty marks. I transport them to my bathroom, piling them in the corner next to layers of Bounty, ignoring my mom’s voice in my head telling me to not be wasteful. Next to me, a cereal bowl filled with dish detergent overflows with stained shoe laces, tangled into unending knots that I’ll sort through later. One by one, I take each shoe, turn on the faucet, and begin scrubbing.

Since I can remember, I’ve had my eyes glued to my shoes. First, it was my velcro light-up kicks that flashed like the Las Vegas strip when I stomped my legs extra hard. Then my tennis sneakers—intricate hive patterns of mesh netting: iridescent purple, sky blue, neon orange—back when I thought color meant cool. As I grew up, I developed work-life balance, separating the shoes I used on court from a more ubiquitous sneaker, one that I could rip up during middle school frisbee and also wear on weekend excursions to Boston. Now, I choose leather: the vintage aesthetic that’s the only justification for ever calling various shades of white “diverse.”

But I still like to reminisce about the old days of shoe shopping. The anticipation for a fresh pair growing alongside my sprouting height. My knuckles hugging the uppers of my sneakers, waiting to poke through, gently urging me to size up. I’d go to Sports Authority—a now defunct childhood sanctuary—and walk up and down the aisles, ripping the shoe stuffers out and throwing them haphazardly into the box as I took each one for a trial run down the indoor track. I used to spend hours there, testing the pairs I liked, and quietly dismissing the ugly ones under my breath. Fifteen minutes before closing, my mom would pressure me to pick as I delayed my decision in hopes of a return the next day. I never won that battle.

Back then, I only thought about new; brighter was better. In fact, I still subscribe to that mindset—albeit in a different light. I learned that new doesn’t have to mean just purchased, and the patina of history can be buffed out to a radiant shine.

I began cleaning my shoes freshman year of high school, around the same time I started my sneaker collection. YouTube targeted me with Reshoevn8r and Crep Protect ads, but word-of-mouth told me not to spend the money. Instead, I spent a Saturday with my old toothbrush, bristles spiked out like Guy Fieri’s hair. Sitting criss-cross on my bathroom rug, I dipped the head into a homemade baking soda solution and scrubbed, between the patterns of the knit upper, across the hills and valleys of the midsole, into the trenches of the sole. On rainy weekends, lazy days off, and before big events, I was Monet at sunrise, dotting niches on my canvas with precise strokes, uncovering colors hidden by grime.

And between it all, I was dirtying them all over again—shuffling around the dusty, checkered Market Basket aisles, splashing through thunderstorms en route to the car, scraping along the pavement as my bike ambled to a clumsy halt. I wore them to the ground with no regard for their health or beauty.

I knew Mr. Clean didn’t discriminate. Scuffed or tattered, they would be restored to their like-new perfection soon enough, so I chose to deal with the messy yolks instead of walking on eggshells.

Last year, my spring cleaning led me to my attic. There, hidden under layers of boxes, resided more boxes. And in those boxes: more boxes—shoe boxes in fact. I opened them to reveal old shoes and old memories that had been stashed away.

Looking at them, I envisioned times gone by. My red-clay stained Nikes, dusty from the clouds created while sprinting from side to side on Swedish tennis courts, made my mouth water for salty fish and creamy desserts. My pair of New Balance 806, now one size too small for me, but once two sizes too big for me as a hand-me-down, painted grassy landscapes of freshly mowed lawns and icy lemonades that tasted so much better under the beating summer sun. My size four Adidas Barricades unearthed elementary school conversations about times tables and map quizzes.

These memories made me question my own cleaning. Was I erasing my past?

No. But honestly, new has become passé. At least in the sense of a brand new pair. Or even a rewhitened pair of Stan Smiths. I don’t need a blank slate to start again.

As I’ve grown, I’m surprised that so many of my conversations are retrospective, not retroactive. In a way, my shoes are both: a reflection of where I’ve been without losing the alleyways, dirt roads, and scenic routes that brought me where I am today. I’m living in the past, and continually stepping into the future, puddles and all.

But I won’t stop cleaning my shoes. It’s therapy for me. There’s something to be said about the serenity of a deep cleanse—the subtle ch-ch-ch of a brush against canvas, and the gradual wrinkling of my fingers tainted by the soapy water. But I might cut back on my scrubbing, or maybe clean more particularly. There are some battle scars I don’t want to erase—the scuffs that bring me back to the pump-fake that made my friends lose their minds, the scratches ingrained into the leather from tripping on the street and laughing it off as if nothing happened, the dirt stains from a light festival at the zoo that wasn't quite illuminated enough to see where I was stepping.

I’ll clean with the intention to preserve, not erase. Sure, the ketchup stain won’t remain; but the pink tinge might, and alongside it the time that a shared burger spelled disaster. My shoes will have grown as I have—they aren’t getting bigger, and neither am I, but we’re creating a mutual history. They’re my journal, and my steps are the pens with which I write. Every day, a new entry, and every now and then, a new book, waiting to be filled with my stories. 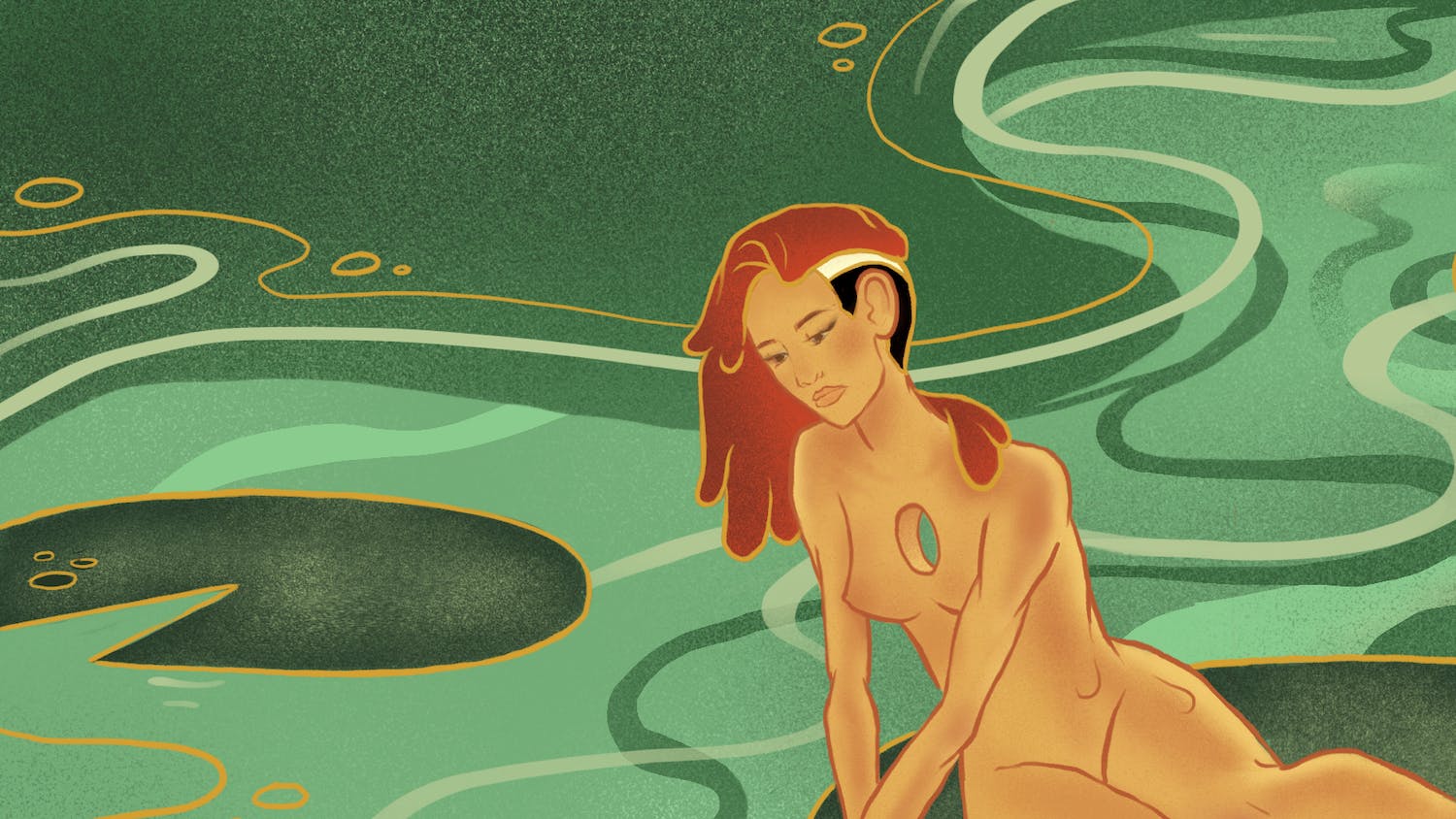