on choosing and being chosen

November 11, 2021 | 11:05pm EST
“Hi Danielle,
I wanted to let you know that I will not be leaving Brown. I am going to stay around until you graduate!
See you next week, and hopefully in person.”

I felt like crying. I felt a little knot that sits like a plump peach in the center of my chest, the growing heat beneath my eyes. My eyesight went blurry for a second, and I knew tears were going to start falling. But I couldn’t cry there. One of my roommates was in the room, and as much as I trusted her, I always feel like crying makes people uncomfortable. So, I closed my eyes and took a deep breath, doing my best to smooth out the knot, guiding it with gentle hands back down to my stomach. With my eyes shut, I tried to focus on the comforting sounds around me—Nicole (my beloved cat) purring on the best couch in the apartment, claiming it all to herself; soft music trickling from my other roommate’s bedroom, like wisps of smoke curling faintly around my ears; and the sound of my other roommate sipping the hot milk tea I made for her earlier, claiming, “It’s too hot,”and maybe it was, but I always thought that tea or other hot drinks were better scalding, forcing you to savor in tiny sips. I tried to focus on the comforting smells—hot chocolate in my cup, sauteed mushrooms and onions from the night’s dinner, the small group of candles on our coffee table, the ones I thought smelled too much like a perfume-fogged department store, but eventually grew on me with time. And all the emotions that felt too big to handle suddenly felt a little, just a little bit, smaller. Handsized, with mini pieces I could pick apart and look over, rolling and molding the feelings in my palms.

Here’s what I realized: All those big, scary, and sad emotions––when broken down and moved into the light—came down to that I’m not used to being chosen.

Like most personal issues that develop into debilitating mental health conditions, this goes all the way back to my parents. My mother loved us. I won’t say that she didn’t. But despite loving us, I felt like my mother never chose us. She focused more on getting herself out of our father’s house, and I don’t blame her. I did the same thing by choosing to come to Brown (a good 2000 plus miles from home). But as a seven-year-old, a thirteen-year-old, a sixteen-year-old, an eighteen-year-old child, I won’t lie and say it didn’t hurt. My father made the same decision, time and time again, to choose alcohol. Even when he said he’d quit, he’d always go back. Unlike my mom’s decisions, his decisions stopped hurting me in high school. Because I knew he wouldn’t change. There’s a quote I found online somewhere; it said, “Forgiving an alcoholic means no longer expecting a different outcome,” or something like that. Without realizing it, I guess I chose to forgive my father years ago.

What happened at home: the emotions, the learned coping mechanisms, and everything just as complicated in-between, followed me into school. I wasn’t the most open person. I’m painfully introverted—painful because I simultaneously am terrified of forming genuine connections and crave genuine connections. It’s a circle of contradicting anxieties and emotions.

Growing up, all of my favorite teachers left. At Kirtland Central, some unspoken rule dictates that if you’re an influential teacher, you’re only allowed to stay two years at the maximum. After that, you’re required to leave. That’s just how it is back home. Teachers and guidance counselors come onto the rez—usually from the East Coast, NY, MA, CT, just to name a few from my time. They touch kids’ hearts and change lives, only to leave within a moment’s notice. Never to be heard from again—Mr. Termini. Mr. Limpar. Ms. Walker. Or they’re snatched up by schools with better resources. And while I can’t fault them for choosing greater opportunities, with greater pay and greater benefits and greater whatever-else-adults-need, it made us students feel unwanted.

Every now and then, I remember a moment with Mr. Limpar. Picture a Danielle in her sophomore year of high school: She is dressed in baggy clothes, sweatpants tucked into large winter boots, a tan coat frequently described as “grandma-like,” and a teal knitted scarf, made as a gift by her actual grandma. We already know my home life wasn’t the best, but on this particular day especially, I wasn’t feeling good. So when I walked into Mr. Limpar’s chemistry class, I was not prepared for the weekly test on atoms-protons-neutrons-or-some-shit. For the entire class, I did my best to write down what I knew, but there was a chart I couldn’t fill in. So, tired and a little frustrated, I wrote a note in the top corner: “I don’t remember. I know I’m an idiot.” And then I turned the test in. The next day, Mr. Limpar handed out our graded papers. When I got mine, I saw that he wrote me back. In slanted purple script, he said, “Being an idiot has nothing to do with your ability to fill in this table. There is only room to improve. Don’t ever call yourself an idiot. There’s only knowledge you have and don’t have yet.” It’s been nearly seven years, and I still think about this moment. Maybe it’s selfish of me to say, but I wish he and others like him made the choice to stay.

I know I can’t control people. I can’t make them do the things I want them to. Nor should I change who I am in order to get them to stay. All of my past mentors and favorite professors have also left Brown. And of course, I admire their ability to make tough decisions, especially if it helps better their emotional, mental, or physical wellbeing. But I won’t say it isn’t rough on me—on everyone who struggles to make connections. The entire experience, when it happens again and again, just seems to accumulate into a big ball of “I’m not worth anyone’s time,” “why should I expect them to stay,” and “when will I get to be the ‘better’ choice?” All of these thoughts, despite me knowing they’re irrational and self-centered and untrue, ricochet like frenzied fruit flies in my head. And like actual fruit flies, they never really go away. They hide in cupboards, underneath trash bags, between window sills, and on the ceiling, just barely out of sight. They’re drawn to sad thoughts, to angry thoughts, to jealous and confused thoughts. They love to linger. But I’ve learned that by focusing on the small choices I make everyday, focusing on the small choices my roommates and friends make everyday, I’m able to look past the choices that weren’t made. The reality is, I’m making choices daily. So much of my childhood was spent waiting on others to make a choice, spent on waiting to be chosen. But I’m always making a conscious decision to “be,” whether that’s with others (watching Christmas romcoms, wrapped in blankets) or on my own (doodling in a fancy notebook I found in the trash over the summer).

It felt good when my CAPS therapist chose to stay for me. And I’m allowed to feel good about those small wins. But I’ve learned that true reassurance comes not from waiting to be chosen, but from the autonomy of choosing yourself. People I care about might not stick around. And who am I to get in their way? They’re making their choices and I’ll be making mine. 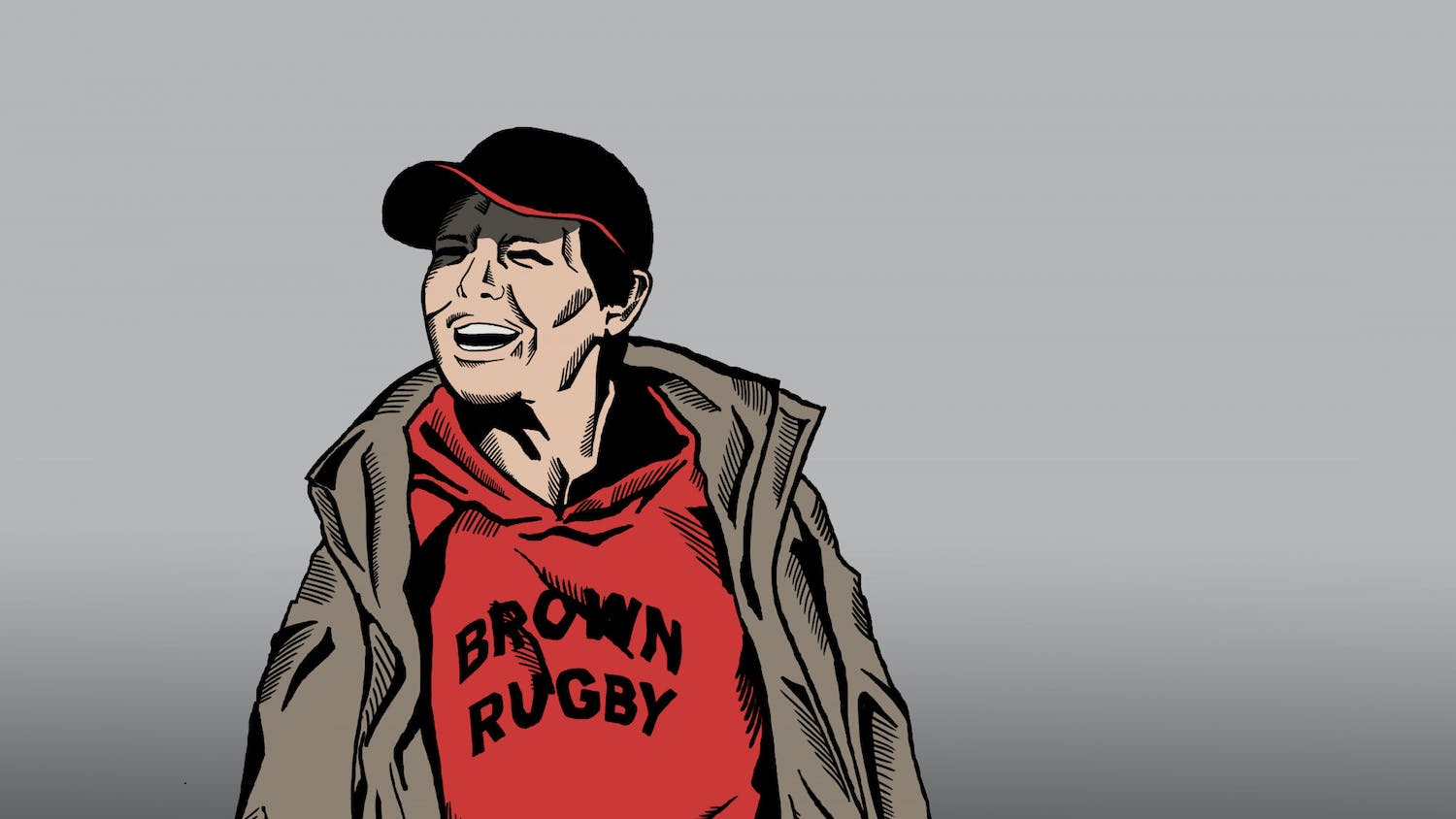