a deliberation on drives with dad

I am a gentle giant on stilts as I stumble in my heels across the wooden floors of my kitchen. He’s already in the car, as he always is. I shove a Ziploc pouch of apple wedges into my oversized and overstuffed tote bag and flounder out the garage door.

“Sorry,” I murmur as I practically fall into the passenger seat.

He turns the volume knob gently as he begins reversing down the driveway. Sports broadcaster Dan Patrick’s voice draws my body a bit more from its early morning placidity. It’s time for work.

After the conclusion of my freshman year of college, I came home for the summer. I had secured an internship with a company whose headquarters happened to be a 5 minute walk from my dad’s commercial real estate office, where he’s worked for the past 9 years. Every Monday, Tuesday, and Wednesday morning, I draped myself in business casual attire, feeling like a child in a costume, and completed the 45 minute commute to downtown San Diego with my dad. I know—it was kind of the cutest thing in the world.

My dad was always the ultimate girl dad. He knows all the moves to the High School Musical number  “We’re All in This Together.” During the onset of the COVID-19 pandemic, he tied a bandana around the bottom half of his face and proceeded to call himself ‘John B’ (the star of Outer Banks). He can recognize a Shawn Mendes anthem from a single opening guitar chord. When I looked beside me as my family watched the conclusion of The Fault in Our Stars, he was crying nearly as much as I was.

Despite my dad’s endorsement of 21st century femininity, my younger self always wondered if he, deep down, wanted a son. What dad wouldn’t? I feared my dad was a man without a counterpart; he had no one with whom to appreciate the manly delicacies of life, from football to food to foolishness.

This thought plagued my young mind, inspiring me to seek achievement in a sort of “masculine” manner to cultivate true commonality between my dad and me. If I didn’t have a hobby whose intricacies could be analyzed and technicalized, what would we talk about? I didn’t want to unbox my emotions with him, not seeing heart-to-hearts as the kind of hands-on, interest-based activity that fathers and daughters conventionally share. So, while my sister bonded with him over action-filled sci-fi movies, I sought recreational activities that could foster closeness between my dad and me.

For example, I loved being an athlete more than anything because my dad played golf in college. After my volleyball tournaments, my dad and I discussed playing time, debated game strategy, and compared players on other teams. It was my chance to be the tomboy daughter for whom fathers roared from the sidelines, to embrace technicality and competitiveness and fervent ambition. I would not cry in front of him, would not show when the performance anxiety became too overwhelming to suppress. I fought back tears and battled my teammates for playing time; I nodded like a soldier when my coaches yelled, acting as if their harsh words were the fuel to my internal flames. I just wanted to make him proud.

When I began to want to stop playing volleyball, I was almost embarrassed, feeling like a failed tomboy, a daughter who’d surrendered to her innate feminine “softness.” I remember when I told him I didn’t want to—couldn’t—do it anymore; I feared we would lose the closeness forged through our sports-based discussions. Yet in no time, I picked up another extracurricular pursuit that we could bond over. Although we both knew competitive speech and debate was the ultimate “nerd activity,” my dad enthusiastically embraced this new interest alongside me. He woke up at 6:00 AM to take me to tournaments. He volunteered as a parent judge several times, listening to 17-year-olds yell at each other for hours. We discussed the intricacies of speech and debate competitions, the strategy of vocal tone variation, and the ineptitude of certain judges.

Yet still, I never cried to him, never displayed the anxiety that bubbled within me before each round. It was almost as if I were still an athlete.

When considering the social and moral development of a child, fathers are often left out of the conversation, with traditional fatherly archetypes characterized as working, breadwinning, absent figures within a child’s early life. But according to Dr. Linda Nielsen, a Professor of Psychology at Wake Forest University, fathers play a prominent role in developmental stages pertaining to risk-taking and self regulatory behaviors. Fathers are more likely than most mothers to encourage their children to take calculated risks, playing with their infant in ways that are more intellectually stimulating and physically demanding.

As a daughter ages, a father continues to encourage autonomy and “share his own excitement about work and recreation with her,” inviting daughters to partake in activities alongside him. Indeed, when she enters her teenage years, the father-daughter relationship is more closely related to her academic, athletic, and vocational success than her teenage relationship is with her mom, which tends to be more emotional. In fact, daughters at this age presume that “their fathers might either be disinterested or judgemental should they reveal what they are really feeling or thinking.” Licensed social worker Cara Brendler says that even close fathers and daughters feel this estrangement, rooted in a fear that “being authentic will result in disapproval.”

Developmentally, it makes sense that I never wanted to cry in front of my dad early on, never wanted to go to him when friends or crushes or coaches made me question my self-worth. Even though we were so close (he was the ultimate girl dad), I never wanted to seem weak to him. This aligns with the myth that Dr. Nielsen describes, that “men are not as empathetic…not as communicative…not as compassionate” as women. This is not the case, but because fathers and daughters operate under this stereotype, the daughter, regardless of the father’s actions, is “less willing or less apt to go to her dad because she already believes that men don’t communicate well, or men aren’t interested in hearing personal things from their daughter.” Not wanting to bore or annoy my dad, our exchanges remained lighthearted when I was young, centered around sports, academics, or recreation.

But this summer, I no longer had a core extracurricular activity. I was no longer an athlete, a speech-giver, or a tween eager to discuss Shawn Mendes melodies (although maybe still a little bit). I was a college student. I felt more complicated. It was almost as if emotions were the only thing I could articulate. Nevertheless, I wondered what exactly we would speak about during our 45 minute commutes; I hadn’t spent everyday drives with him since my sophomore year of high school. It was weird at first, sitting in the passenger seat of the same Chevy Volt that I love just as much now as I did at 13. Being there again made me feel like I had to fold up and pack away all the experiences, dreams, and fears that had accumulated in my body during my first year of college, and shove myself into a sweatshirt that fit me snugly seven years ago.

Day by day, though, my dad’s and my relationship evolved—just as we had. We laughed over the woes of business casual attire, over humorous coworkers, over the corporate American’s after-lunch-slump. In early June, I helped his coworkers organize a surprise French-themed birthday extravaganza in his conference room. We went on walks through downtown San Diego together, me in my heels and him in his brown loafers. With every step, I became more comfortable both walking on my stilts, and opening up to my dad. I asked him about his career trajectory, sharing my fears for how mine would eventually unfold. Disillusioned by office life, I would often ask him anxiously whether it was more important to love my job or to be good at it. He told me that it would get better, and that I would find my way.

When my bosses’ comments pierced my armor slightly, my dad empathized more deeply than I could have imagined. So sensitive to words like I am, he showed me through example how to take critique “in stride,” reflecting upon but not personalizing bosses’ feedback. His boss came into town some days, and my dad was saddened by harsh commentary—I saw the disheartenment that gnawed at his spirit. Yet he did not allow these emotions to drown him, staying in the office late to improve upon his work. Like me, he was hurt by others’ words, but learned how to transfigure those bruises into means of self-improvement. He showed me that my softness could actually be a strength.

This summer also brought another change. I brought a boy home for the first time, a wonderful boy. But—like any teenage girl—I stiffened when my father broached the topic. I found myself wanting to change the course of the discussion, quickly digressing into my then boyfriend’s favorite football teams as opposed to the actual feelings I had for him. A first boyfriend, to me, seemed like an initial symbol of a daughter’s womanhood, in a funny and weird way. I wasn’t ready to admit this to my dad. I wasn’t ready for us to both be adults, to disclose that I was no longer just his daughter, but a coworker, lover, and friend to so many other people he may never know as deeply as I do.

Dr. Nielsen states that, because emotions often overrule girls’ rational thinking during teenage years, daughters are more capable of relating to their fathers maturely and rationally between the ages of 18 and 25. Education professor at Meredith College Tisha Duncan says that, at this age, young adults come to no longer view their parent as an “authoritarian,” but rather as a “confidant and adviser.”

Inadvertently, my dad and I both understood that I was no longer a daughter staring up at a master figure, but one looking beside her to an equivalent for consultation, guidance, and love. To my surprise, my dad did not scold me for the late nights I spent with my then boyfriend or the grogginess lingering in my voice when I entered the car the following morning. He asked me questions not to interview me, but to love me as I began to love another man for the first time in my life. He didn’t attempt to deter me from entering a long-distance relationship, but rather understood that I was 19 and that I wanted nothing more than for my emotions to dictate my direction. We spoke openly about my relationship without nervousness, nor judgment.

I finished my internship at the end of July, and I found myself feeling slightly empty. I wondered when I would ever have the privilege of spending that much time with my dad again. It was such a perplexing experience, to be on the cusp of adulthood, working in an urban office for the first time, loving my first boyfriend, beginning to think about the colors my future would assume—while also sitting in the same passenger seat I frequented every day in 7th grade. It was like looking over a cliff’s edge, but realizing I did not have to jump alone.

I held the door open as my dad walked into Goddard House for the first time in September, my new home for the year. I squeezed him tightly as we said goodbye, tears streaming down my cheeks—I didn’t need to be a ‘tough’ girl anymore. My dad would always be there in the car seat next to me as I take life’s changes “in stride.” 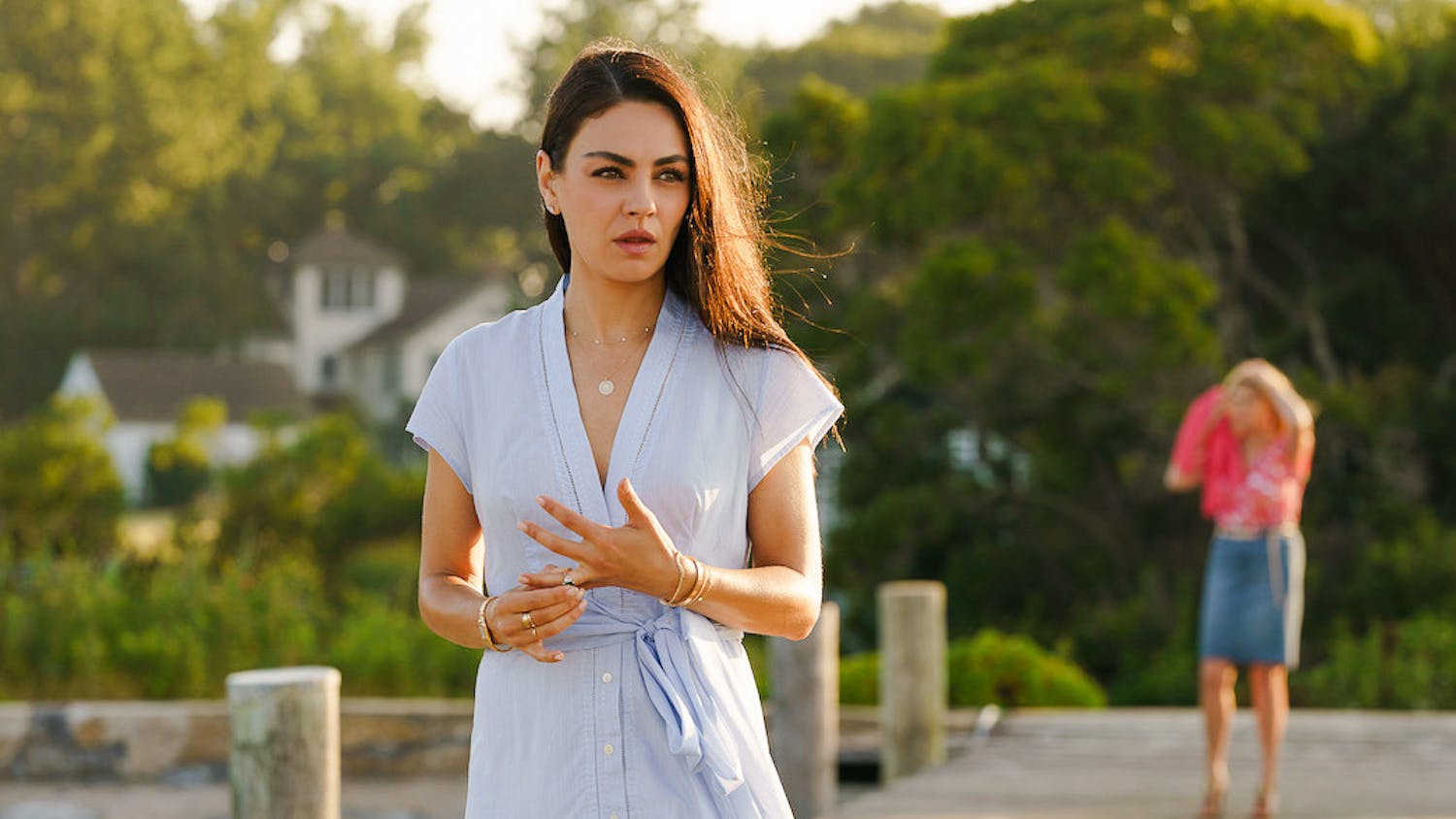 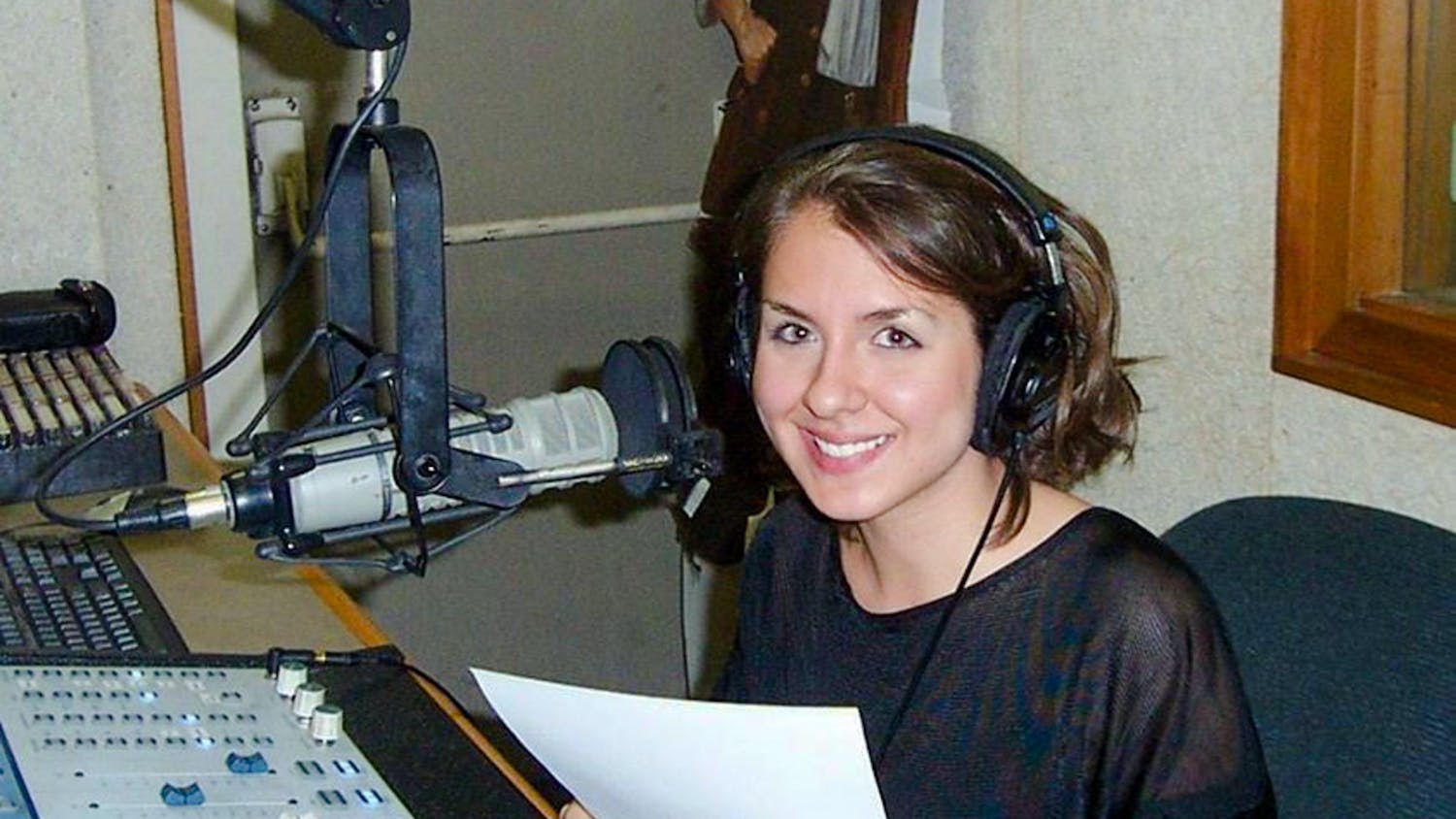 ‘Her voice is worth listening to’: Marielle Segarra ’10 starts as host of NPR