the king of fruit [feature]

My grandfather was a stubby little Thai man. Quiet but bold, he wore his surname, Sirithorn, with pride. And as mom would remind us, you don’t see many Thai names quite so short. It was supposedly a pseudo-royal name, gifted to an ancestor by a princess after they saved her life.

A load of bullshit, likely.

But growing up, I loved it. I liked the belief and the fantasy it conjured up: my all-too-feeble, diabetes-prone family, dressed in royal garb and fraternizing with the upper classes. Our faces full and cheeks pink, we’d lounge around in linen and silk and fan ourselves with local palms, pockets bulging with riches.

In every one of these fantasies, my grandfather, in all his five-foot-something glory, was the king. Fair, happy, and strong. And his worn-down, termite-ridden home, tucked away by the old Jakarta river: this little place was his palace.

Green thumbs are not green but a dark, sunkissed shade of brown, speckled lovingly with sunspots and creased deeply and irreversibly with age.

An avid gardener, the backyard was his royal grounds; a labor of unabashed love fueled by the murky, unsuspecting waters of Jakarta’s sewers. Basil, mint, orchids, monk fruit, jackfruit, bananas—he knew each plant intimately. He reigned over cuttings and saplings and breathed life into the soil where little else grew. When the neighbors inevitably snagged a fruit or two, he would let them, knowing that it all would grow back in time.

Even still, my grandfather was rarely home. He spent most of his waking hours working at a plantation, tucked away on a little Indonesian island up north. I thought of him as the man of the house and the king of the jungle, all at once.

What he did up there, I was never told, but the few texts he sent told me all I needed to know.

Children play favorites as much as their grandparents do.

Traditionally, Sirithorn women are loud, insistent folk. Assertive to the point of near-arrogance, my mother and grandmother were excellent debaters, but truly terrible sources of comfort. Their conversations were peppered with venomous, pointed insults, each hurled in the hopes of gaining the upper hand.

Amidst all this, my grandfather loved me quietly, carefully. When fights inevitably broke out, he’d pull me aside and speak to me in soft, golden words. It was in these moments that I would hear about his latest fascinations. I’d thumb through the trinkets in his drawers, letting his words lull me to peace.

Get The Herald delivered to your inbox daily.
***

Despite being a man of many grunts and few words, I felt my grandfather’s love immensely. Every visit to his place was punctuated with some sort of gift, usually the subject of his current obsession. A new phone cable he found online, some Chinese battery pack he’d gotten from a friend, a whole pomelo he’d battled an old lady tooth and nailfor at the market. One time he’d gone off and custom-printed a mug with all his favorite mangoes on them: Irwin. Chok anan. Nam dok mai.

He fell right into the classic stereotype of an Asian parent. Rather than showing his love through words or hugs, my grandfather resorted to gifts and acts of service. This could have been attributed to any number of sources: Thai obsessions with masculinity; Asian stoicism; hell, even just plain introversion.

Regardless of the reasons, he loved giving gifts. On one day in particular, his affections had come in the form of a 32-ounce bag of dried butterfly pea flowers.

“Grandpa grew them,” he’d told me. His words were laced with pride. “Very good for you. An antioxidant.” He’d urged me to drink them as tea once a day, claiming they’d stop me from developing all kinds of cancerous sores.

Butterfly pea grows abundantly across Southeast Asia. Apparently called the clitoria ternatea, though I can see why my grandfather never referred to it as such. Their vivid blue shade is common in Thai desserts as a food coloring, irreplaceable in so many key dishes.

For a while, I heeded his words. I’d lay a large mug out and drench the petals in steaming hot water, downing the blue liquid with my meals.

But the flowers, pretty as they were, tasted horrible.

The bag was left to gather dust.

My grandfather was perfect until he wasn’t.

I learned of the affair much too late. It’d come out by accident, an outburst during another argument between my mother and her own. Whatever their point had been that day, it was quickly rendered irrelevant by my tsunami of a revelation.

He’d had it all: a stable job, a loving marriage, kids who’d respected and relied on him. And some cheap lady in Hong Kong was all it took for him to give it all up.

I felt like my entire world had shifted. But even though I struggled to view my family the same, the knowledge didn’t change much in my day-to-day life. We carried on with life as usual. My grandfather was transferred to yet another vague island up north, where work quickly overtook him. I threw myself into whatever I could, busied myself with schoolwork.

My later memories of him were punctuated with distance. Meetings were rare, with me citing my busy schedule and him his own.

But even in this state, the gifts never stopped.

He sent me a jackfruit one night. Peeled and deseeded, the package was a labor of love, wrapped in shiny cellophane.

Jackfruit is many things—sweet first, pungent second. At its ripest, it overwhelms the senses and drowns you in putrid tones.

I tasted, then, only its bitter notes.

A sweet-toothed man with a round face, my grandfather had always been a tad pudgy; he’d spill out of his pants and puff out in his polo shirts, belly on full display. He had the makings of the classic Asian grandpa, well-fed and wrinkly.

As time passed, though, he thinned out. His waist shrank and his eyes hollowed out and, though we tried to fatten him up again, it was never to any avail. He’d work too long and too hard, and he’d eat too little, no longer keen to try anything we put before him.

Each new photograph I saw marked a new low.

“Why doesn’t Grandpa just retire?” I’d asked my mother once. The retirement age in my country lies somewhere around sixty; he’d long passed that mark by then, and had edged into his seventies with a distinct lack of grace.

My mother dons many smiles, but the one she reserves for her father is muted, sad.

In my nineteen years, my mother has taught me a whopping two words in Thai. The first: mu, for pork. A family favorite. And the second: kraeng jai.

There’s a scene in The Big Bang Theory where this phrase is briefly mentioned, albeit poorly pronounced. “We’ve just had Thai food,” the scraggly Sheldon tells Penny. “In that culture, the last morsel is called the kraeng jai piece, and it’s reserved for the most important and valued member of the group.”

There are lots of things I dislike about The Big Bang Theory. For now, though, this is the most pressing. Sheldon’s definition of kraeng jai is shallow, a surface-level understanding that applies the concept solely to food.

But kraeng jai occurs everywhere. From my understanding, it is a careful sentiment, an odd crossroads between humility and hierarchy. I’m fond of author Andrew Biggs’s description: “the closest word to it is ‘consideration,’ but even that seems a little flaccid.”

Kraeng jai is an embedded cultural norm, something inexplicably Thai; it’s an inherent respect for societal conventions and standards set decades ago. To be considerate to one’s elders and superiors, to perform, unquestioningly, in one’s assumed “place.”

My grandfather was the epitome of this.

“He could have had so much better,” my mother told me. Promotions, bonuses, change. Rest. “But he never thought he deserved it.”

It is awfully hard to mourn a dead body over Zoom, and harder still when it is pixelated beyond recognition and when the Buddhist mantras blur into little more than stomach-churning static.

Greasy university dining halls don’t lend themselves well to grief. They’re drunken, sloppy places, liminal past a certain hour. But in that moment, the sticky, splotchy tables were enough.

The blurry men glued the casket shut. Spicy chicken sandwich before me, I wept.

The next time I came home, I was met with an unexpected family-wide problem.

Durian season is a treat for Asians everywhere, but it is especially cherished in the Southeast. It’s during this prized period that the fruit is, for once, affordable. Many take it as their chance to gorge.

Every island child knows the smell of durian by heart and remembers their first reluctant mouthful. Any repulsion melts away against the custardy flesh; the fruit’s bitter tones and mellow sweetness are a harmony sung only in the tropics.

My family has always loved durian season, perhaps a little more than most. In the wake of a bad year, though, they’d gone above and beyond, gorging themselves until there were no more fruits to eat.

The issue was not in their consumption, but in what they chose to do with their seeds. Thinking themselves more competent than they were, they’d planted them, leaving us with fifteen saplings.

The murky waters of Jakarta’s sewers should have deemed them all a lost cause.

But we’d learned from the king of fruit, and that was enough.

I can’t tell you if my grandfather was a good man—but maybe I don’t need to.

Some tastes are simply acquired. 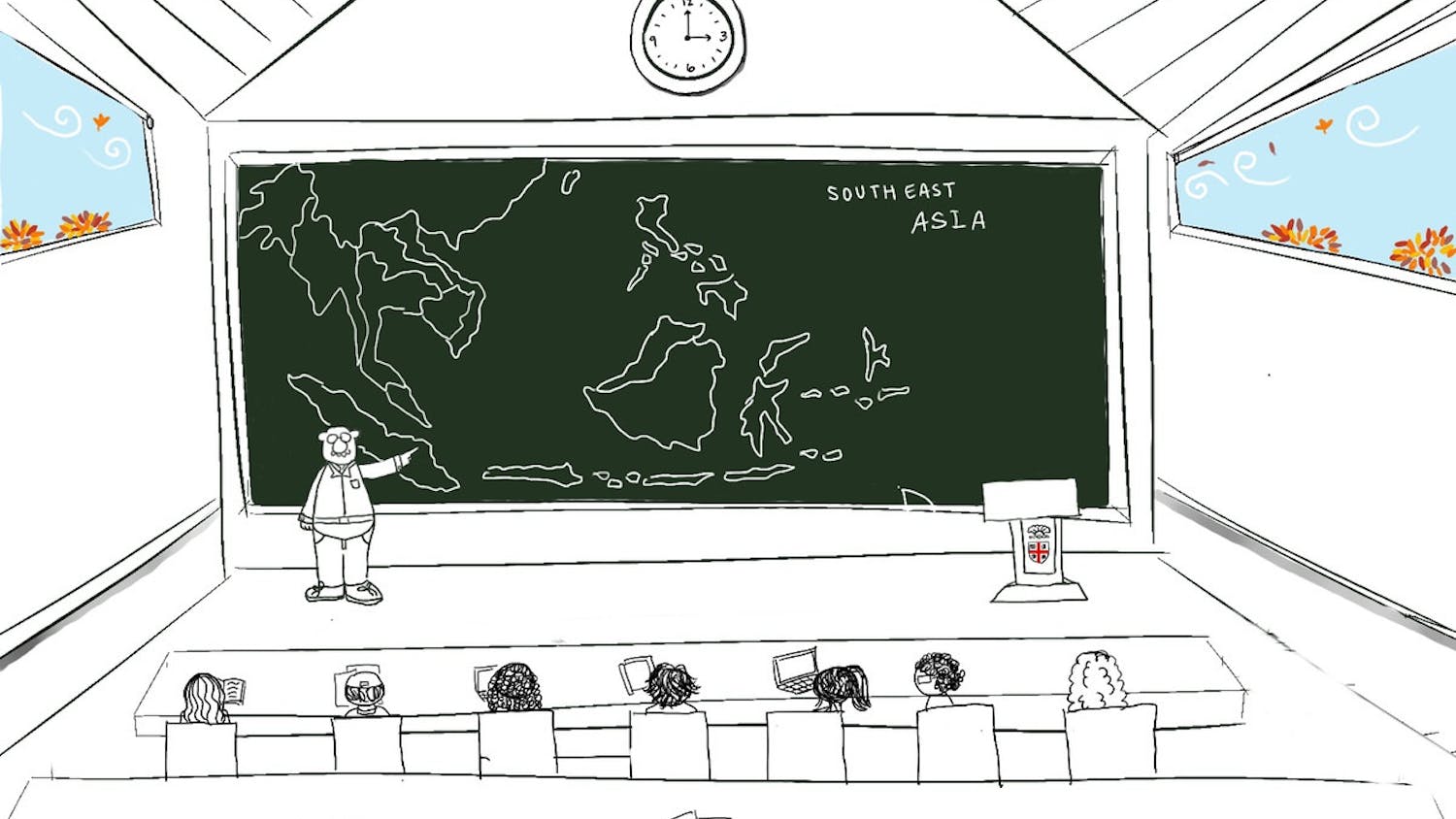 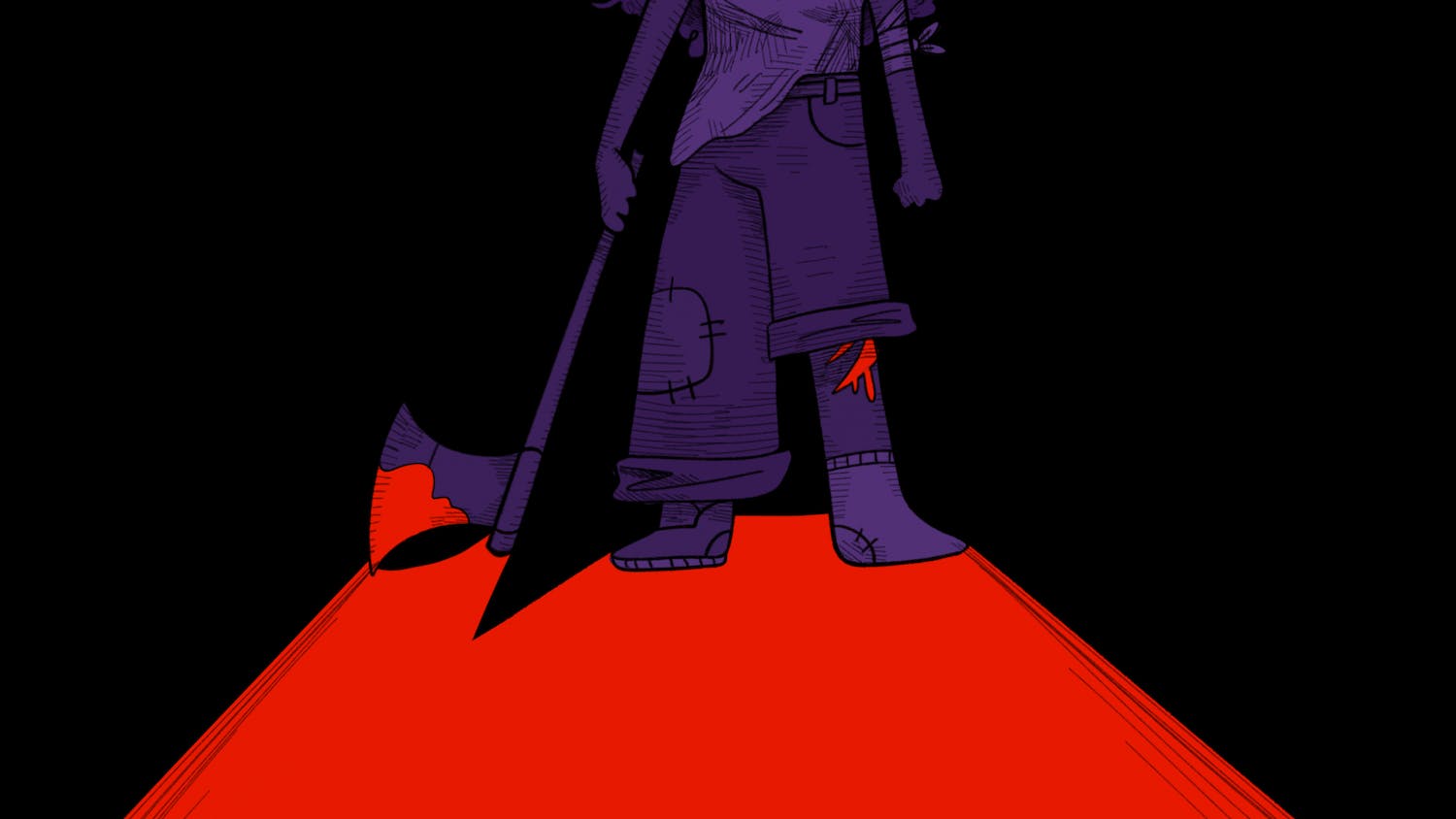 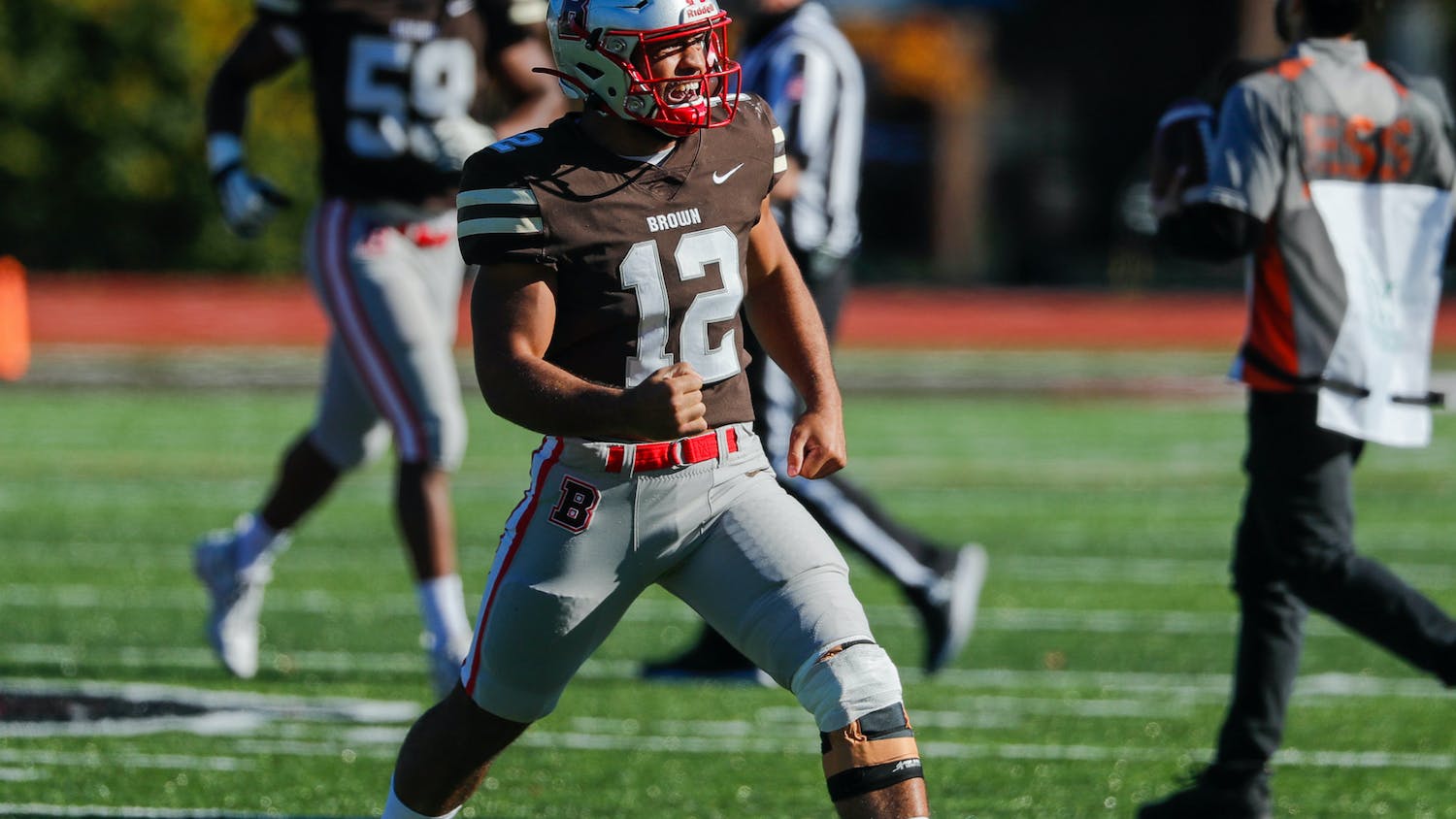 Football concedes most points in program history in loss to Yale