a reflection on time and milestones

Chairlifts have always scared me. I remember when I had to board one for the first time, swiveling my skis atop the faded red line dyed into the ice below me as I waited for the seat. I looked back over my right shoulder, anxious to get the timing right. The chair was coming—my chance. I was ready. The cushion touched the back of my hamstrings and I bent my knees instinctively, just like my dad told me to.

My backside collided with the chair—I had succeeded. But this euphoria turned out to be fleeting. My skis were stubborn. They didn’t leave the ice, although my body had. I found my weight propelled forward into space, the chair’s force overcoming me. I screamed as I tumbled headfirst down a small slope of snow. My small body eventually skidded to a halt atop the slipperiness.

I spit out some beige colored snow and looked back at the sky above me. My chair had already traveled far ahead of where I had fallen. I missed my chance.

I eventually learned how to use the chairlift, shifting my weight backward into the cushion instead of surrendering to its forward trajectory. But I still vividly remember the feeling of falling off, of wiping the white dust from my goggles and finding dozens of otherwise cordial skiers staring at me in confusion. Unlike everyone else around me, I simply could not keep up with the conveyor’s continual motion.

I don’t ski much anymore. Yet, that feeling of falling off the chair, of loss, of I can’t keep up with everyone else, still feels familiar to me, despite the fact that I stand atop concrete and not snow. The chairs I keep missing have only grown more important: experiences, milestones, pleasures that I cannot recover. I fear that the right people, the right opportunities, the right ideas are passing me by—chairs that won’t return.

This fear plagued me as I smeared a tear off of my phone’s screen. The face looking back at me was crying too. There was too much distance between us, we went to two different universities, we should enjoy our 19-year-old freedoms. The timing was not right. If we had met in high school, or after college, or in another life, it would have been different. We said “I love you” as we established our permanent goodbye.

“Having a boyfriend” was always a chair that I thought I had missed. I waddled too slowly in my skis to grasp on to its departure. Because of this, I had always felt stunted in my growth, until this summer, when I finally caught my chair. I had achieved this milestone, this experience that had seemed so easy for others to obtain for themselves—which made ending our relationship one of the most terrifying things. I finally had what I'd always dreamed of, so why would I let it go? Some of my friends have found their forever partners. What if he was mine? What if this was my only chance to experience love—the only chair that would come around for me?

According to Dan Green, a real estate industry expert, buying a house in your early 20s is a “smart move.” Others who are equally qualified in their respective fields state that the best time to get pregnant is between your late 20s and early 30s, that the ideal age at which to get married is 28 to 32 years old, and that beginning to save money in your 20s will put you on track to retire by age 65.

I’ve long felt the pressure to adhere to this generic chronology I’ve been socialized to see as fact—each milestone a dot on a timeline upon which I must promptly land. Time moves forward. If you miss the chair—if you don’t get pregnant, buy the house, meet your forever partner at the right time—you have missed an opportunity you will not get back. You have missed your chance.

I see these strict sequentialities within my conversations with others as well, formulating the framework within which we think about our futures. I will finish medical school at 26 years old. I will get married at 28. I will have my own private practice by 35. We take this linearity for granted. It is our reality. Consequently, a life characterized by curvature and delay is inherently “messy.” I admit to people that I “have no plan.” I can’t help but see their body language change slightly, their lips curving into an uneasy smile. Their “oh, that’s great!” is just a little too high-pitched.

This linear chronology to which we adhere is deeply influenced by Christian theology. In fact, theologist Peter Manchester states that Christianity is a “religion about time.” In the book of Ecclesiastes, God is a God of timing: “there is an appointed time for everything.” Within Christian thought, time has a beginning, is finite, quantifiable, and measurable, and will “cease when its purpose is completed.” Augustine noted that the Bible is full of “one-time events that do not recur.” This concept of linear time is communicated primarily by the word chronos, a time that is measured by successive objects, events, or moments.

The belief in linear time informed the formulation of our now mechanized conceptualizations of time. The mechanical clock originated in Christian monasteries in the Middle Ages, where “monks attempted to create an environment of regularity” by employing the ringing of a bell 7 times a day to call monks to prayer. This desire for predictability “led to the invention of mechanical clocks in the 13th century, with a dial and a hand that translated the movement of time into a movement through space.” Therein lies that chairlift feeling—the feeling that time is limited, that time will not wait for you. The clock’s hands never stop. Moments and milestones shall occur one after the other. One must keep up with others’ trajectories.

An assumption of linearity recurs in other scientific models as well. Erik Erikson introduced his “Stages of Psychosocial Development” in the 1950s, plotting out clear, progressive steps with distinct goals as people age. Young adulthood is stage six of the eight-step model, a time when love is a human’s primary virtue and successful development is characterized by “form[ing] close friendships or long-term partnerships.” By stage seven, an individual has reached full adulthood, a time where humans “engage with the next generation through parenting, coaching, or teaching.” In stage eight, humans come to embody either wisdom or disdain as they consider their past accomplishments—or a lack thereof.

Each stage is a chair I must catch, an achievement I must realize before I begin working toward the next. We schedule our milestones like dinner reservations, situating them ahead of time in our Google Calendars in exactly the right place. But what if I fail to achieve what I’m supposed to during a life stage before it’s time to move on to the next? The fear of falling behind, of not progressing properly, haunts the decisions I make.

After all, my 20s should supposedly be “the best time of [my] life.” According to a 2017 study, Americans consider the most important milestones within this period to be graduating from college (or a postsecondary program) and achieving financial stability. Yet it’s growing increasingly difficult to keep up to pace and accomplish these feats. During the pandemic, for example, young people have been unemployed at more than double the national average. Most cannot achieve these seemingly integral “milestones.” By the long held standards of progress and progression that we’ve set, people are falling behind.

Likewise, the COVID-19 pandemic made missing milestones almost customary for adolescents, something that can cause anxiety and depression for teens. Meeting key milestones is central to typical adolescent development, which means that not keeping up has been associated with serious ramifications—individuals who missed adolescent milestones have lowered educational, social, and behavioral health functioning in adulthood. They missed their chairs, and now suffer the consequences.

But what if we reconsidered the pressure to adhere to this linear timeline? What if “milestones” were fluid—to be achieved whenever a human is ready? What if life was not moment after moment and achievement after achievement, but circuitous and divergent?

In fact, within Hinduism, time is not linear. It is seen as having both linear and cyclical elements. By watching the cycles of the seasons, agriculture, planets, and stars, Hindus came to two conclusions: that everything that is born dies, and that everything that dies is recreated in another form. There are cycles of creation that are usually thought of in terms of a plant-seed metaphor, with each cycle of creation beginning “from a seed which sprouts, grows, flowers, withers, and dies, but leaves behind a seed from which the next cycle of creation will arise.” Ultimately, time is a cultural construction; it does not have to take on a specific shape. It does not have to be limited. Maybe, our lives don’t need to be defined by turning clock hands and flipping calendar pages. Maybe, this life isn’t necessarily our only one.

Somehow, though, a life without a significant other still seems like an aimless one to me. I feel as if I now move backward. What if this was my only chance? I find myself wanting to propel my life “forward” in other ways, ensuring I am obtaining the internships, depth of friendships, and class grades that I “should” be at this stage of my life. The chairlift just keeps moving. I have to keep up.

But what if I didn’t adhere to its relentless trajectory? While constantly looking forward, I’d forgotten about my other favorite snow-time memories, the ones within which I wear off-brand Ugg boots instead of skis—and have all the time in the world. My dad stops the car on the side of the road to show us fresh snow for the first time. My golden retriever dives head first into the mound that, to me, looks like a glittery cotton ball. I climb out of the car and wander freely, sleety hunks of snow spilling into my socks. I zigzag in stark protest of chairlift-like linearity.

Maybe this year, when it snows, I will be reminded of this magic, rather than the deep anxiety of the missed chairlift. Maybe I will choose to meander frivolously instead of just straight forward, allowing myself an infinite amount of second chances to find my way through the icy sea. Maybe one day, time will be my own. 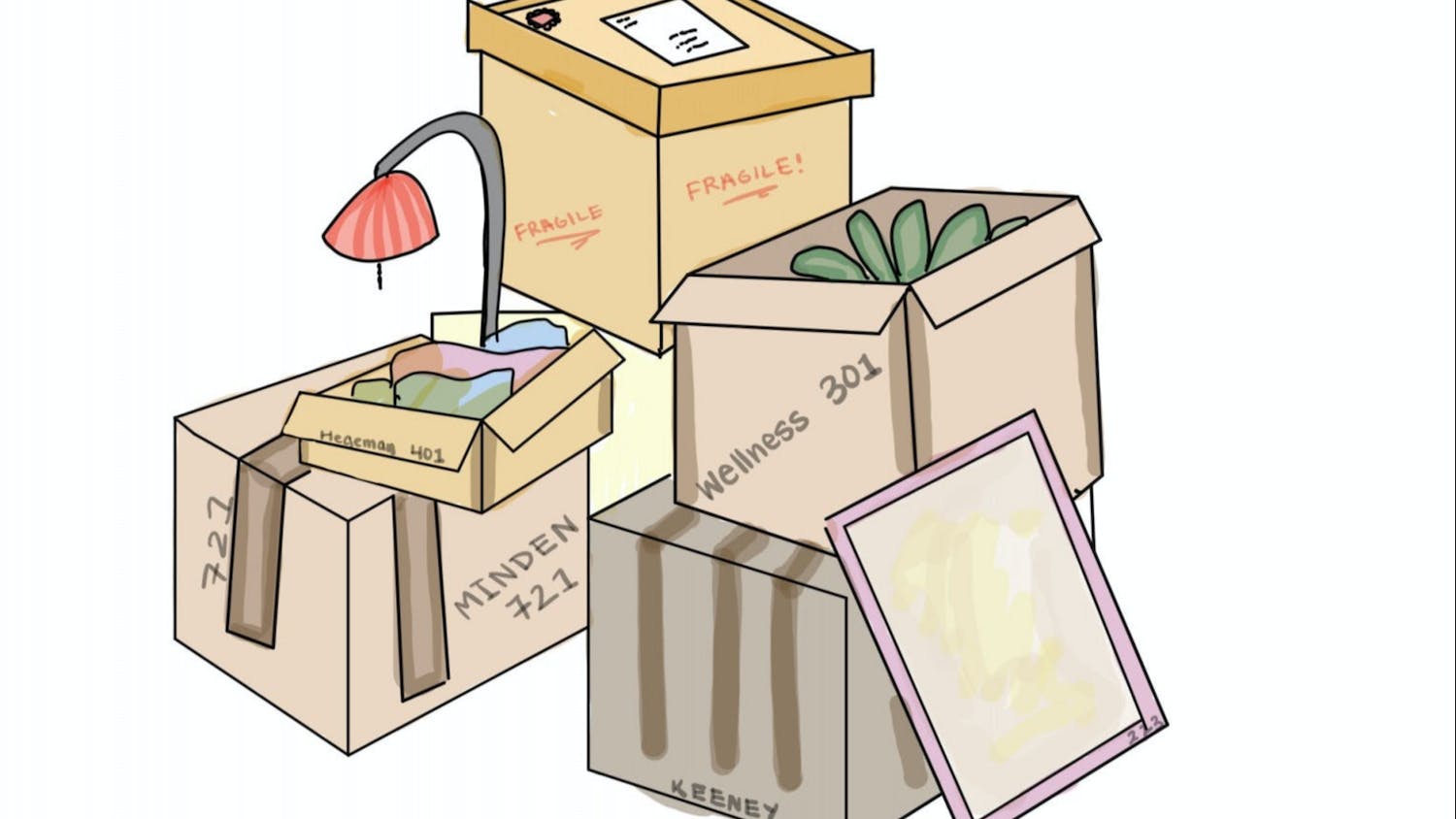 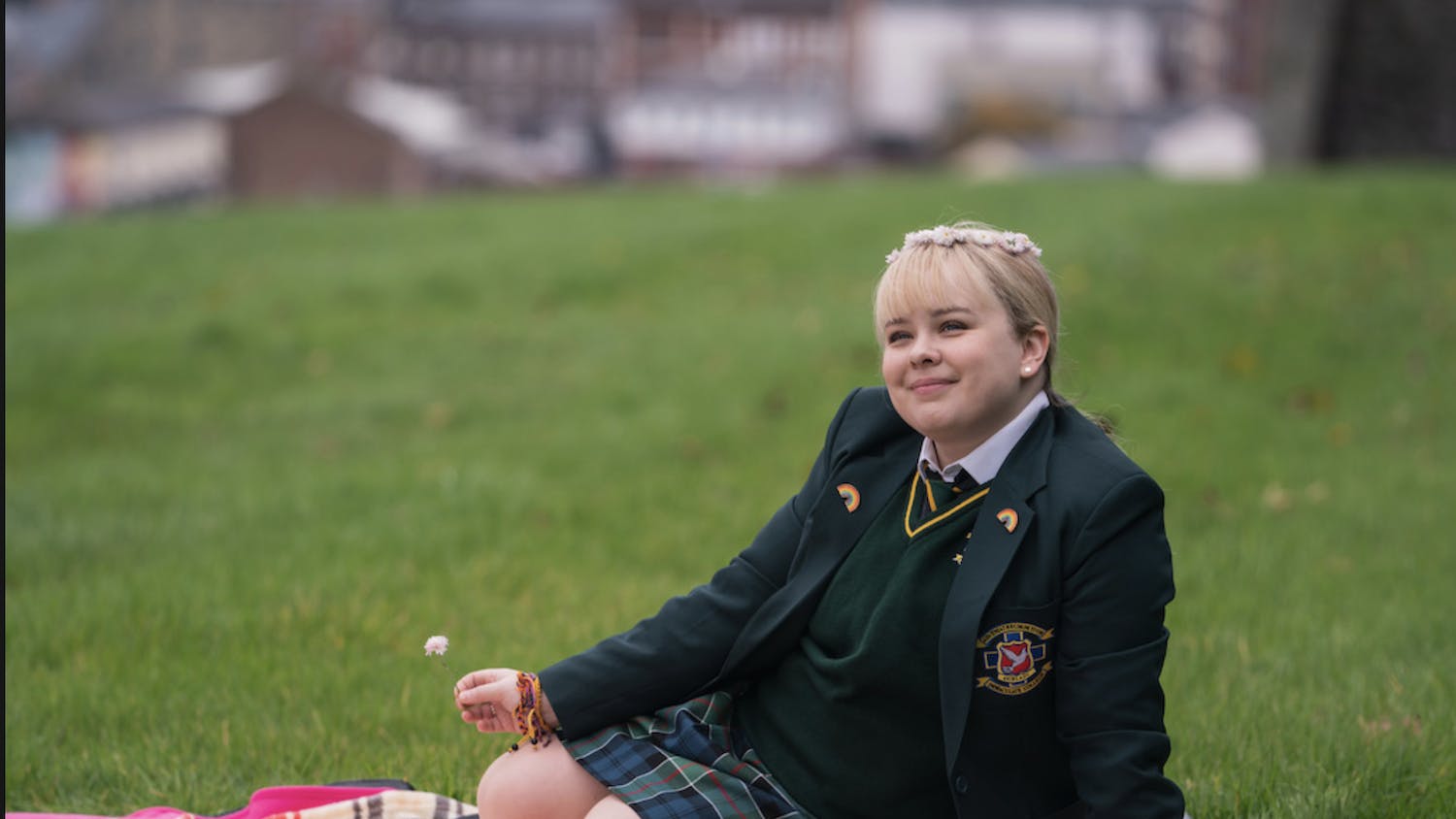