“Draaaaake?...Aubrey Graham in a wheelchair?”

This quote from rapper Soulja Boy on the morning radio show the Breakfast Club lives forever in the rap industry. In the infamous interview, Soulja Boy objects to Charlamagne’s claim that Drake is more successful than Soulja—an objection so loud and off base that it inspired endless social media memes. Clearly, Soulja Boy is wrong about Drake’s success; he is the star of our generation. What Soulja Boy was correct about, however, was that Drake’s riches, fame, and celebrity all began with acting. Drake first came into the public consciousness by playing a boy in a wheelchair on the coming of age teen drama Degrassi. And ever since his first role, Drake has been playing a character: on diss tracks, he is a gangster rapper; on Certified Lover Boy, he is a lover; on Scorpion, he is a father and a son; on Honestly, Nevermind, he acts as a DJ in a club; through all of these ventures, he varies his language and accents to fit each persona.

It is fitting however, that his music and public interactions are filtered through acting because he requires the audience to generate meaning. Although characters may feel like real people living, breathing, and feeling on the screen, in reality, they are merely personas. In the absence of a true human subject, meaning comes from the audience’s interpretation. While the actor may portray emotion, the audience member is the one who identifies it and feels it, making acting fundamentally dependent on the consumer’s gaze.

Drake’s success is rooted in the actor’s masterful command of this gaze. Through acting, Drake learned how to cultivate a specific response from his audience. He ascended the ladder of pop culture not with artistic genius, but with his spectacular ability to hold the public gaze hostage. Drake went from icon to iconic: he is, as he tells us in a song with DJ Khaled, a POPSTAR.

As he approaches his 40s, Drake has sat atop pop culture’s highest throne for over a decade, and he has become increasingly self-aware of his positionality. Age has brought the pop star a perspective that is at once retrospective and introspective. This insight, however, is a double-edged sword: as Atlantic staff writer Spencer Kornhaber writes, “More than ever, Drake’s superpower and limitation are his con man’s senses of empathy and self-awareness.”

While Kornhaber wrote this as a description of Drake’s 2021 album Certified Lover Boy, it rings even more true in his most recent project, Her Loss, a collaboration with Atlanta rapper 21 Savage. In promoting the album, Drake’s self-awareness became a PR superpower. Drake and 21 Savage appeared on all of the typical promotional tour programs—except they were all fake. They did a fake NPR Tiny Desk Concert, a fake Vogue appearance, and even a fake Saturday Night Live performance airing on Drake’s YouTube channel at the same time as the real SNL musical guest’s performance. Drake’s performative promotion is sheer marketing genius—most people consume these shows in chopped up clips scattered across social media, making it harder to identify their lack of authenticity. Therefore, Drake and 21 Savage received all of the PR benefit without actually having to benefit the programs themselves.

Only Drake is capable of pulling off a stunt like this: not only does he have the capital to ward off Vogue’s subsequent lawsuit, but more importantly, he has the cultural capital to make this move successful, and he knows it. He knows that we will believe his performance, for not only have we seen him appear on these platforms before, but his celebrity status is such that there is no stage he could not walk across with ease. With these videos, Drake is laughing at us from his perch on top of popular culture: not only has he conned the media, but he has also conned his fans, and his knowledge of his own celebrity fuels his deceit. The song he and 21 performed on fake SNL was even titled “On B.S.,” a sly pun on his conscious embrace of falsity.

Similarly, Her Loss flies off the shelf not because of any authentic lyrical genius, but because of Drake's cultural standing. Drunk on its own consumer value, the tracks on Her Loss are comically lacking in terms of substance—the album features lyrics like “crusty, musty, dusty, rusty/fuck me, fuck me, fuck me, fuck me,” or “wham bam thank you ma’am,” and, my personal favorite, “if you a dog, then roof n***a, I’m a dog.” Drake’s lyrics begin to make clear the simultaneous superpower and limitation Kornhaber speaks of: while it may allow for bold moves without fear, self-awareness “can make you complacent.”

However, Her Loss’s self-awareness does not just limit Drake’s creativity; its most profound constraint is the one it places on the listener. In Circo Loco, Drake’s con man approach to music goes awry. He raps, “This bitch lie about getting shots, but she still a stallion/She don’t even get the joke but she still smiling.” Many listeners received this line as a diss to Megan Thee Stallion, who was allegedly shot by fellow rapper Tory Lanez; in true Drake fashion, it does so behind the cover of performed meaning. Lil Yachty, a collaborator on the album, claimed that Drake was referring to cosmetic injections and using stallion as a general slang term for tall women. Nonetheless, Twitter users and music critics alike immediately pounced on Drake; Megan Thee Stallion herself even tweeted in response,“Stop using my shooting for clout.”

While cancel culture has been tossed around in political contexts as a buzzword, its true arena is pop culture: in today’s discourse around celebrity accountability, canceling or boycotting has become synonymous with moral condemnation. The main moral question I apply to public figures who have morally transgressed is as follows: “Can one separate the art from the artist?” If the answer is no, the artist is condemned to cancellation; if yes, however, they emerge without consequence or blame.

Drake holds a unique position in this dichotomy: he has never been a part of his art, so we don’t even know who he is. He hides behind characters, accents, and layers of meaning, making it impossible to assign him any moral blame within our current framework. While his recurrent sexism is clearly a shortcoming of his own, Drake’s escape from meaningful scrutiny despite his transgressions reveals the holes in our moral analysis of the modern celebrity. As Kornhaber writes, “Lyrics can have layered meanings, but it’s laughable to say that Drake, who’s as calculating as a computer, didn’t intend for the words shots, lie, and stallion to trigger exactly this kind of controversy.” In the supposed Meg diss, Drake appears in costume once more: just as the actor hides their person behind their expression, Drake hides behind layered meaning. Pop culture’s lexicon simply cannot ascribe blame to a figure as flimsy and transient as a Drake character—the man himself has never been present.

While we may not have the language to pinpoint the nature of his wrongdoings, Drake himself does, cementing his role as pop music’s con man. Her Loss is teeming with—to return to Kornhaber’s analysis of Certified Lover Boy—“the language to talk about your own awfulness.” On More M’s, Drake boasts, “Thought I was a popstar, I’m Slaughter Gang, I baited ‘em.” Here, he explicitly says that his movement between personas is often intentionally deceptive. Her Loss is one large baiting of popular culture: Drake elicits controversy while evading accountability by returning to his acting roots: he presents cues that he knows will invoke a response, but he lets the listener assign the particular meaning. As he tells us in the latter half of the bar dissing Meg,“She don’t even get the joke but she still smiling,” Drake is giving us language whose true meaning we will never understand. Nonetheless, he gets his intended reaction out of us, and escapes unscathed.

Thus in an era dominated by cancel culture, Drake’s self-awareness has impeccably guarded him against cancellation; it is his superpower, and a glaring limitation of our moral cognition. As the album’s title suggests, canceling Drake truly would only be her loss: killing the character we see, hear, and watch leaves the man himself unscathed and falls short of addressing the suffering of the women who fall victim to his backhanded blows. To address the sexist harm of albums like Her Loss, what needs to grow is our critical assessment of pop culture accountability; this does not entail a stripping down of lyrical layers, but instead an understanding of what exactly builds them. If we understand how Drake functions and the gaze that created him, then we can begin to dismantle the harm of his sly, evasive violence, of our own societal notions, and of producing an unreachable yet dominant figure. 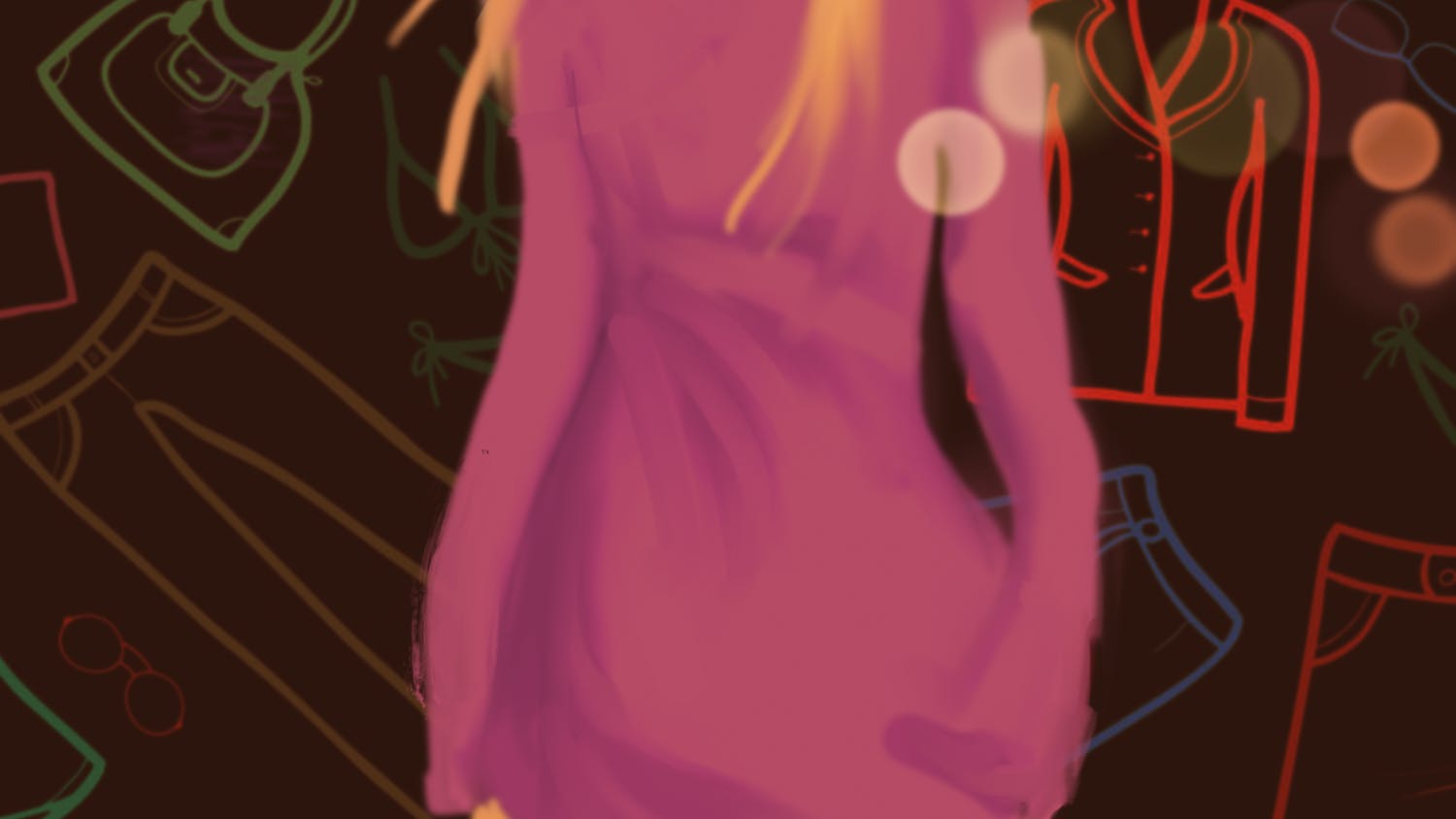 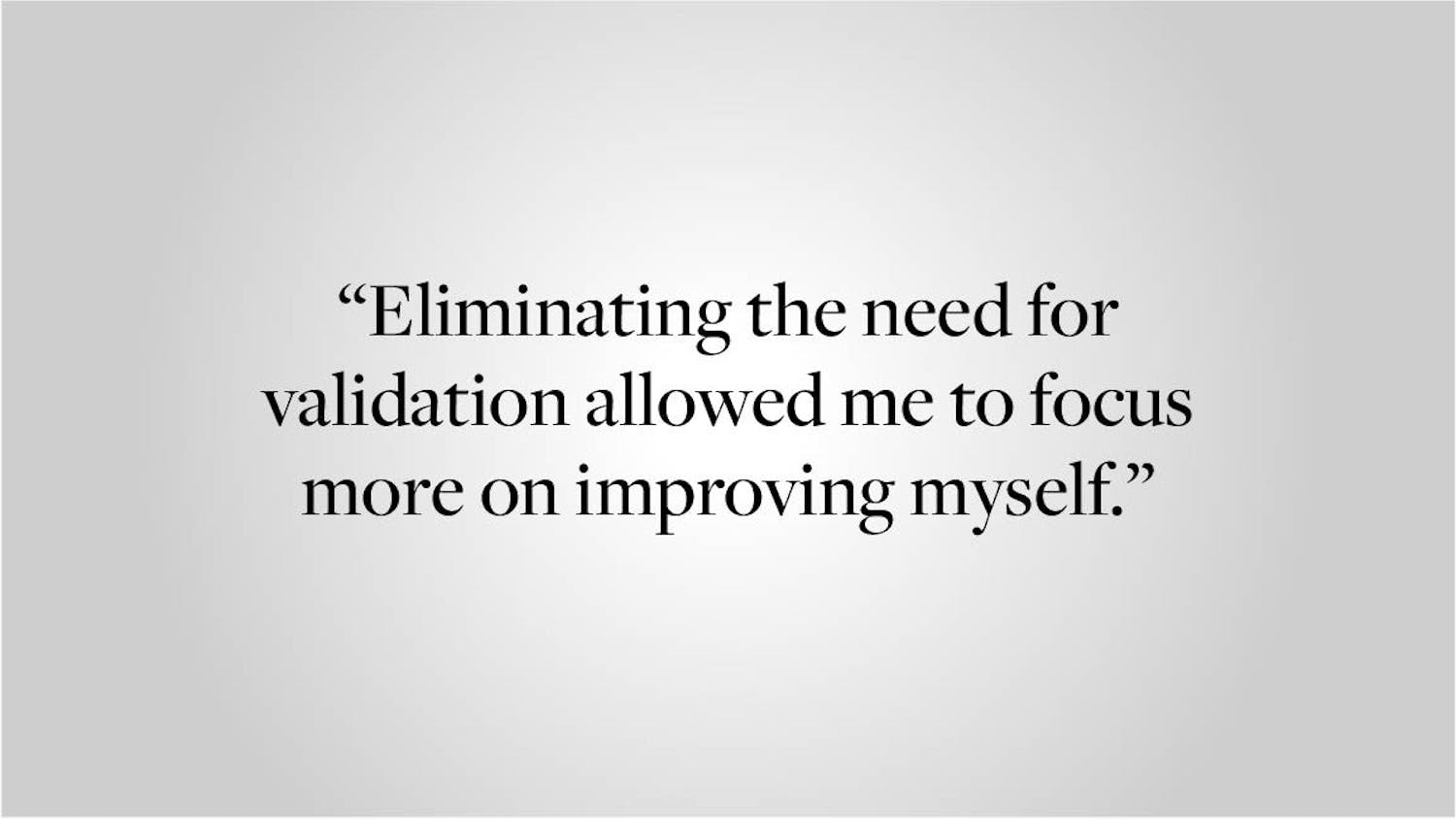