on creating just to create

When I was a kid, I tried everything: ballet, taekwondo, baseball, soccer, painting (catastrophically). When I was 10, I told my mom that I wanted to “find my thing” while strapped into the back seat of her SUV on the way home from school. It bothered me more than anything that I wasn’t “the best” at something. No medals hung on my bedposts; no certificates lined my walls. Even then, I’d been conditioned to believe that this lack of visible success meant that I was not only doing something wrong but that there was something wrong with me.

Thus began a vicious cycle. Every milestone of my life had to be marked by some observable, quantifiable achievement. My four years of high school were spent obsessing over every painstaking percentage point, every letter on a resume, and giving up on friends, food, health, and sleep to get into college. While I might have been unhappy, man did my method work. So, I pushed the impending burnout to the back of my brain, sat down, and just did what I thought I had to do. I mistook self-destruction for prudent self-preservation and called it success.

My break from this trend came when I quit competitive volleyball in my junior year of high school. I think, in retrospect, that was the first time I had enough awareness to know things were on the verge of coming undone. After an abysmal showing at my volleyball team’s national tournament, I threw my Mizuno sneakers into the back of my cupboard and swore never to lace them up again. Instead of spending every free moment on the court, I spent those moments with myself. I looked around and thought about doing the things that I wanted to do for a change. First up on that list? Music.

Prior to quitting volleyball, I had barely attempted to write a song. Despite the fact that I’d grown up with a musician parent and had been singing my whole life, I never really considered myself a musician. The label felt too big for me to fill, almost as if claiming it as my own would swallow me whole, expose me as a fraud, and spit me right back out.

After, however, I began to spend an increasing number of hours locked in my room, trying to put into words everything that so much as popped into my mind for an instant—fitting them together like Lego bricks, spending hours tinkering until it felt just right. I was glued to my computer, watching YouTube aficionados teach me about music theory, new chord voicings, and production. I was laser-focused on absorbing as much information as I could, taking that time to forget about the stresses of 17-year-old life. Better still was that, up until I finally released one of my projects halfway through junior year, nobody even knew I was writing these songs. I liked the idea of having my own little secret with myself: humming my melodies quietly so that my family couldn’t hear through the crack under my door, snapping my journal shut anytime anyone got within ten feet of its elusive pages. Writing, producing, recording—it felt like part of me. It felt right. And, sure, while eventually taking that first step removed the curtain I’d been creating behind, the musical part of my life essentially remained untouched by the outside world. Writing felt pure, separate from pressure, and easy.

For a while, that’s how it stayed. Songwriting was my own bubble, a corner of my brain nobody had access to, let alone really knew about. But pretty soon, that corner became smaller, losing real estate to SAT prep and exam season. Instead of writing verses, I wrote Common App essays, so single-minded in my pursuit that I barely stopped to think about the fact that I hadn’t so much as touched my guitar in months.

And then, in an instant, it all ended. Everyone was sent home from school one March afternoon to complete uncertainty. Senior spring turned into summer turned into fall, friends packed up for college as I sat in my childhood bedroom, and the promise of reprieve always felt just out of reach. While doing nothing may have felt nice at first, eventually the unnatural lack of productivity weighed on me and ate away at my conscience.

I turned again to music, but this time, less out of love, curiosity, and a genuine desire to create, and more out of a fear that I needed to do something with myself. Writing felt like the only thing available to me that I could possibly try to excel at from my bedroom, and all the nervous energy I had pent up from living through a pandemic was channelled into my artistic pursuits. That kid in the backseat of her mom’s car was back, a constant devil on my shoulder reminding me I was always one step behind the mark. I had to find my thing, and at the moment music was looking like the only option I had left.

So, instead of writing to write, I started to write to try and achieve commercial success. I became obsessed with the idea of “making it,” ferociously reading through artist biographies to try and figure out where I too could find the keys to the castle. Making matters worse, every headline I read on my deep-dive seemed to laud the newest sixteen-year-old prodigy, the music industry’s fetishization of youth on full display.

Arriving on College Hill didn’t help my case either. What should have been an inspiring introduction to peer creators and creatives was perverted by my anxious brain into an exhibition of all the ways I wasn’t measuring up. I resigned myself to the resolution that I wouldn’t release again and convinced myself that, at nineteen, my life was over before it had begun, that I’d arrived at the platform just as the train was pulling out of the station.

But, in September, that all changed when I got asked to play my first live show in over a year. At the time, saying yes seemed inconsequential. It was only a 20 minute set, one that I figured would be sparsely populated with six of my friends. After a bit of coaxing, I agreed to play the gig, with no other rationale but “why the hell not”?

In the process of my preparation, I was brought back to the world of creating on my own terms, in my own way. Making music felt fun for the first time in a long time. As I obsessively ran through my set in my bedroom, a sonic bubble enveloped me like a safety blanket, and for a few minutes every day, everything made sense.

On show day, I thought I might shit my pants. I was painfully aware of how long my arms were, awkward as I bent them around my guitar at soundcheck, trying to convince them to play the notes I’d been training them to play for weeks. I spent rehearsal counting the bricks on the Alumni Garden, examining the stitches on my weathered Reeboks. I think I might have actually even blacked out a little bit during the first song, my voice trembling like a little kid, but I couldn’t have cared less. It sounds like some motivational cliché, but playing that night, I felt like I was finally coming back to myself, filling in a shell that had been hollow for so long. I remembered that art—and creation—doesn’t have to be a race to the finish line, it doesn’t even have to be a hobble to the starting block. It doesn’t have to be only about success. It can just be. If it makes you happy, then you’re doing it right. Between a pandemic, ecological collapse, political turmoil, and the ever-looming threat of sleeping through your 9 a.m., creating for any reason other than that just isn’t worth it. Not everything needs to be a means to an end, least of all your art. You have time. You’re doing it right. It’s ok. 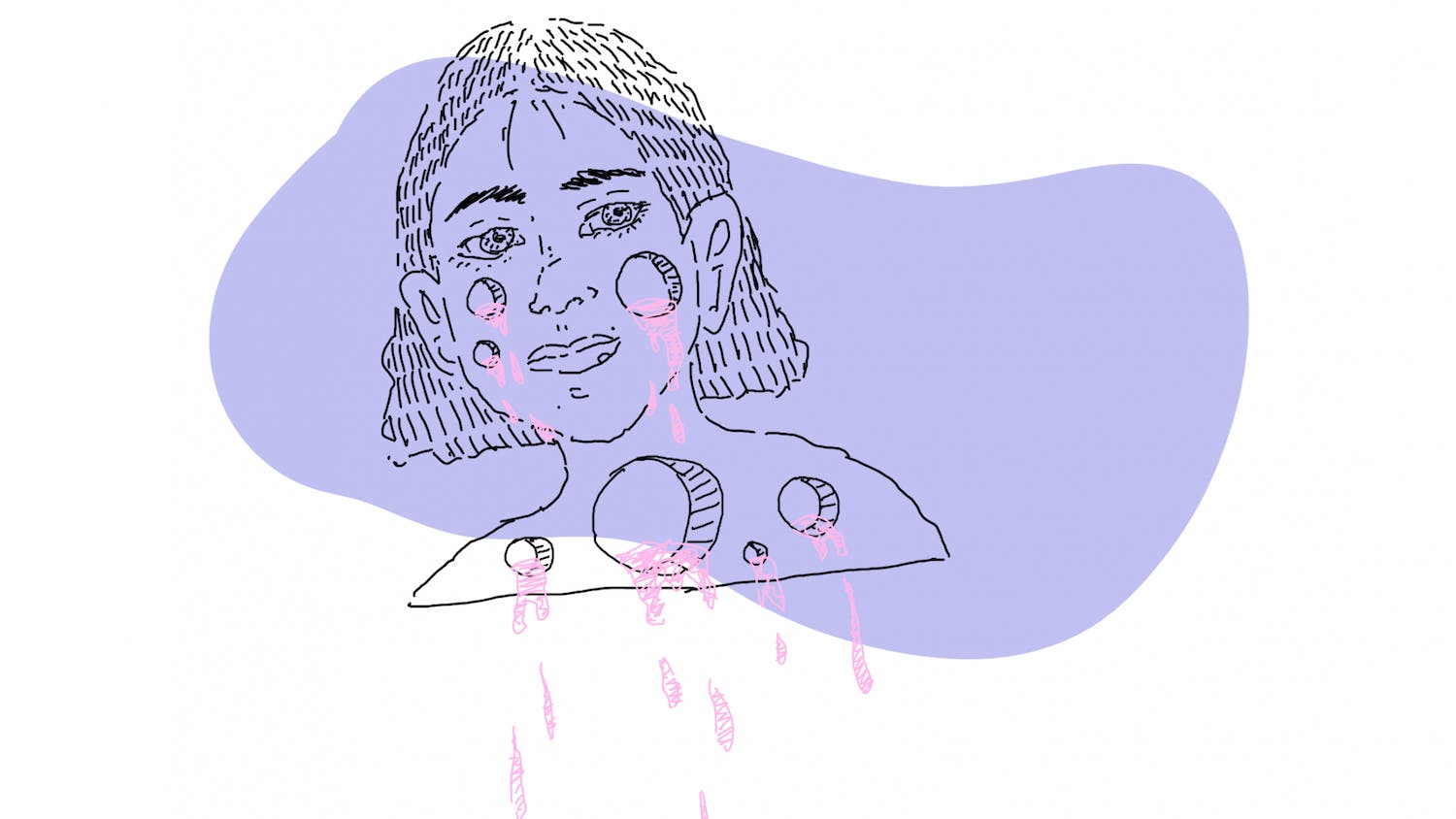