Bouncing vivaciously around the stage in athletic track pants, a purple t-shirt, and pink mini Ugg boots, Remi Wolf is electric and eclectic. And so is her audience: The Boston Royale is packed with flamboyant fans of all ages, many sporting merchandise from her official collection. Some wear neon hats that say, “You like having sex like an animal”—a lyric from “Liquor Store,” the first single off her 2021 album, Juno. The effervescent energy echoing through the crowd of mostly young teenagers brings me back to the concerts of my adolescence. I know that if Remi Wolf’s career had begun when I was in the eighth or ninth grade, I’d have idolized and obsessed over her the way I once did with countless indie pop artists, from The 1975 and Walk the Moon to Cage the Elephant and BØRNS.

I first became acquainted with Remi two summers ago when her first EP, I’m Allergic To Dogs!, was released. Immediately, I was hooked on her perfect brand of summer anthems. Each one catchier than the last, their electronic pop melodies and funky lyrics bring me back to carefree beach days when I’d bounce my head walking along the crystal clear coastline. Now, instead, I duck into my coat before her Boston show which is taking place in the wake of a New England snowstorm.

Remi’s albums and EPs are the type that I listen to from start to finish constantly, and, yet, I still manage to discover new favorites every time I put them on repeat. I first obsessed over “Photo ID”—especially the version that features a rap verse by Dominic Fike—but more recently I’ve had “Down the Line” from her EP and “Buzz Me In” from Juno on my heavy rotation.

Tonight I’m here with two friends from Brown—one has released his own music and performs in a band that routinely covers Remi’s “Disco Man,” and the other is hoping to pursue a career in the music business. We’re jaded and no longer easily impressed—it’s almost as though we’ve outgrown the concert adrenaline of our youth. We watch from the balcony as teens mosh and scream at the top of their lungs below, bringing on a sense of nostalgia that emphasizes the distance between who I am now and who I was when I might have been down there. It’s also a Sunday night, so the three of us are seriously lacking in energy, but Remi’s infectious pep is exactly what we need to channel heading into the week.

Remi is the type of performer whose mesmerizing yet approachable stage presence makes you want to be her best friend. Given that she’s 26, hanging out with her doesn’t feel entirely outside the realm of possibility; I acknowledge that I’m outside of the teenage fandom yet within her pool of Millenial/Gen Z admirers. Her overall spunk and flare chips away at my jadedness through her funky and, at times, nonsensical lyrics and her confident and welcoming performance style.

Every chorus becomes a back-and-forth chant with the crowd. Pitchfork describes her vivacious, saturated aesthetic and musical style as “edging towards hyperpop fluorescence.” To me, the hyperpop label mislabels the raw vocal talent that is featured so cleanly on Remi’s records, since hyperpop typically places more emphasis on production and editing than it does on raw vocals. Remi’s vocals  are equally impressive in their own right. She’s in her own genre—somewhere at the intersection of indie pop and electronic dance, with an irresistible soulful retro groove sprinkled in between.

Midway through her set, she takes a water break to rest her voice which is sounding a little raspier than usual. After the members of her band introduce themselves to us, they lead the entire room in taking a collective deep breath. Everyone follows—you could hear a pin drop. The band then engages in an amusing bit where the drummer, Conor Malloy, leads the crowd in a series of positive affirmations, while the band vamps underneath. He shouts remarks like, “Conor’s new glasses are really cool!” and “I know how to do my taxes!” and the audience repeats them. This amusing break from the music unites the crowd—especially those gasping for air in the sea of young fans beneath the balcony—in a playful exercise before Remi springs back onstage to finish her set. The bit serves as a successful interlude that personalizes the performance and revitalizes both Remi and her fans.

She mostly plays tracks off her EP and album, but she incorporates a couple throwback covers as well. The crowd eats up her renditions of “Electric Feel” by MGMT, “Crazy” by Gnarls Barkley, and “Shawty/It Wasn’t Me” by Shaggy. Remi makes these covers her own by stripping down “Crazy” to vocalization and just a few instruments, and turning up the energy in “Electric Feel” with goofy dancing and jumps that take up the entirety of the stage. After bringing down the house with her own “Photo ID,” the crowd begs her for more. As the house lights dim while she pretends to exit, the crowd is acutely aware that an encore is imminent. Nevertheless, their pleas for her to return make the songs in her encore—“Street You Live On” and “Disco Man”—especially full of life.

There’s something for everyone at this show, which is evident in the diverse crowd she attracts—a rainbow of race, age, and Remi fandom status. This is objectively one of the most entertaining and well-done live shows in my recent memory, even as I’m absent from the cult-following Remi has recently accumulated. It’s comforting to see that despite the stagnant strangeness of Covid, incredible new art is still being created and performed. Remi has resurrected the psychedelic concert atmosphere of my adolescence—one that leaves you vibrating with infectious affection and admiration, despite not being on any drugs. Teenage fandoms are very much still alive, and what better role model than Remi? Her carefree aura reverberates throughout the Royale heavier than the pulsating bass. I can’t wait to see where her hallucinogenic humor takes her next. 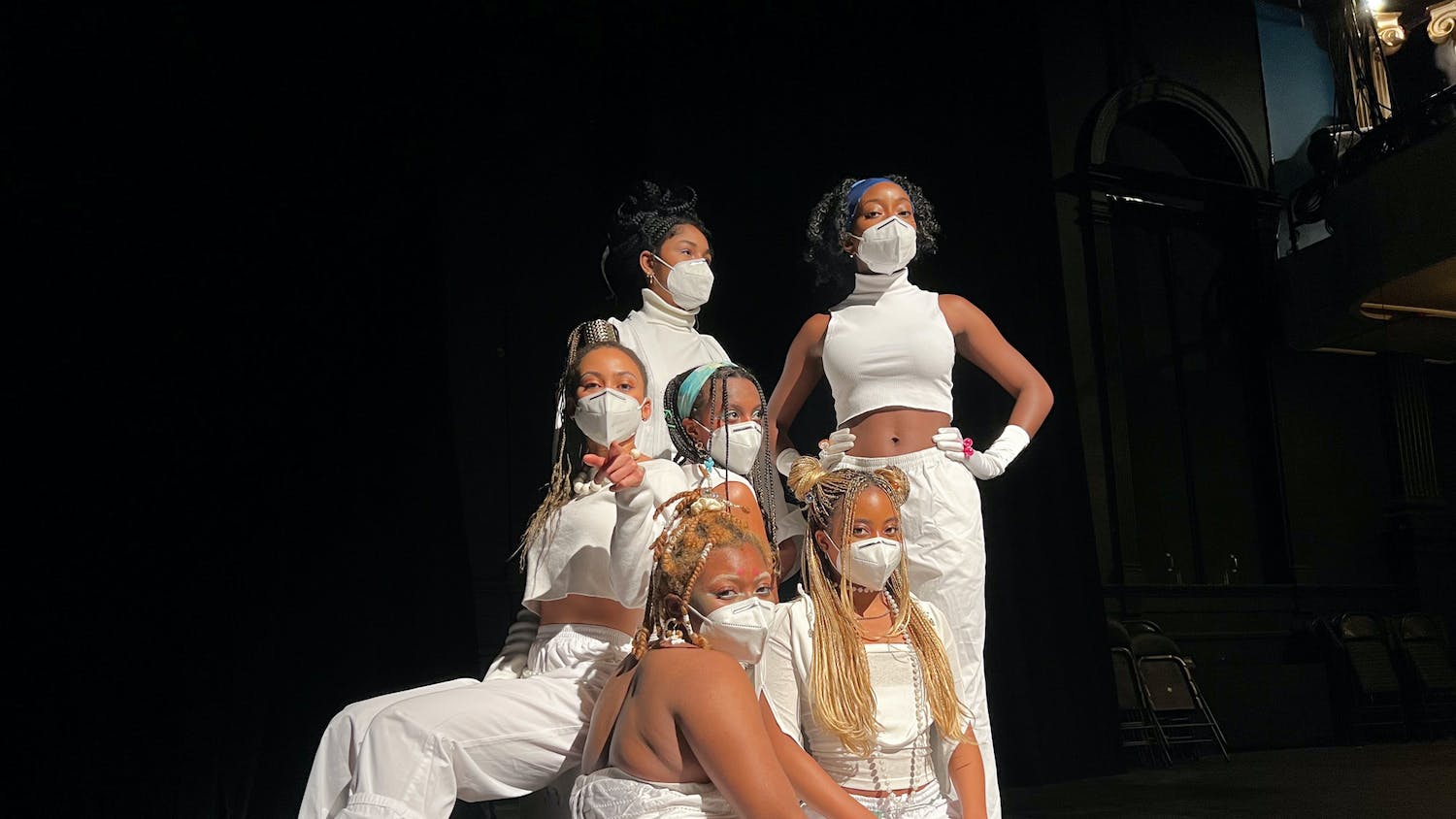 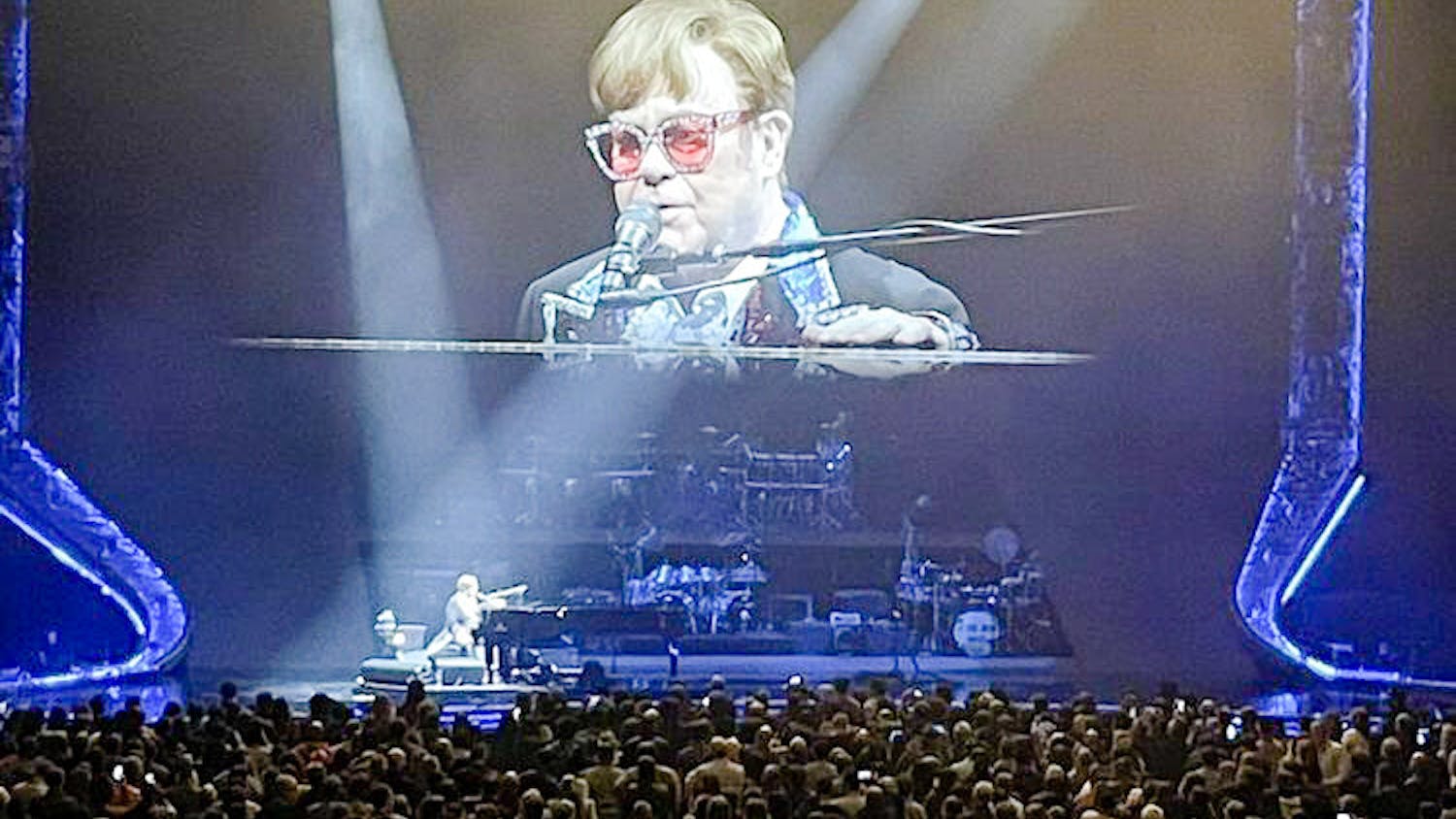