surrendering my music taste to the algorithm

This summer I switched to Spotify. I was always petrified to reveal my identity as an Apple Music user, but I was equally stubborn to admit that the platform was inferior. Unsurprisingly, it was a boy’s pleas to have access to my playlists that ultimately tipped the scale. After five hours spent methodically transferring each playlist and each song to Spotify, I was reborn into an algorithm that knew what I wanted to hear much better than I did. And no, this is not an ad.

With my Spotify renaissance came my return to a revived art pop genre. The catchy sound and accompanying funky, bold aesthetic was popularized in the early 2000s by artists like Lady Gaga, Katy Perry, and Gwen Stefani. Today, it’s kept in vogue by Rina Sawayama, a Japanese-British pop-punk singer with a modeling background and various collaborative credits for Charli XCX and other electropop musicians.

Charli XCX, an English singer/songwriter who escalated quickly from Myspace singles to mixtapes under contract with Asylum Records in 2012, has developed a more experimental sound over the past decade that has made her the face of the modern hyperpop genre and led to dozens of musical collaborations, including one with Rina Sawayama. The duo first worked together on an unreleased ballad for Charli’s 2019 self-titled studio album. More recently, they collaborated on “Beg for You,” the third track on Charli’s 2022 album Crash, which led me to discover her solo discography.

SAWAYAMA, Rina’s 2020 debut studio album, boasts all kinds of bops, from her bouncy Madonna-esque dance anthem “Comme Des Garcons (Like The Boys),” to sonically and lyrically intense “Dynasty,” to endlessly catchy “XS,” a playful and satirical commentary on excess that sounds like early Britney Spears. I was immediately hooked.

What surprised me most about Rina and converted me to a true fan was not solely her sound, but her enigmatic presence—from Instagram to YouTube. While I looked up to female pop musicians of my childhood for glorifying adolescence (Katy Perry’s Teenage Dream) and preaching individuality (Lady Gaga’s Born This Way), I always felt as though they were out of my grasp and at times performative. Rina brings a refreshing sense of self-awareness that makes me feel as though we could quickly become friends if I met her at a bar this weekend; online, she is funny, raw, and true to herself.

The video for Rina’s audibly electric 2022 single “This Hell” depicts her getting dressed in a ridiculous wedding get-up complete with white cowboy boots, a strapless corset top, and a gargantuan circular tophat with a veil flowing off it. She dances down the aisle with a squad of backup dancer bridesmaids and into a darker bar scene with an edgier outfit. Her cowboy boots are now red patent leather, and she’s throwing back vodka shots. This outrageously fun video made me ecstatic for the rest of the album. In August, when I found myself at Outside Lands in San Francisco, I had to see Rina perform. If it was anything like her punchy, oversaturated music video for “This Hell,” her performance was sure to turn heads.

Rina brought the party. She delivered one of the most over-the-top, serotonin-boosting festival sets I’ve ever witnessed, despite Outside Lands attracting a much chiller, earthier crowd than other festivals I’ve attended previously. Complete with full choreography and a team of stylish backup dancers, I was transported back to the early 2000s pop girl groups I grew up on. In response to the full-blown show taking place in front of us, most people danced and sang along at the top of their lungs. Others stared into the void, enveloped in the warm haze radiating off Rina and her team. Rina put a level of intricacy into the big picture of her performance that many modern pop artists neglect. Her vocals were strong, but the elaborate dances and effervescent energy that accompanied her set was what set it apart.

The sea of girls and gays was pulsating with joy akin to what we all felt the first time we saw Lady Gaga or Katy Perry perform. Like Gaga and Katy, Rina made a conscientious effort to ensure that all of her audience members felt not just appreciated as fans, but also empowered as individuals—all while fitted in crazy costumes and dancing her ass off. Rina made shy remarks about therapy and her complex relationship with her mom in between girl power bangers; her pristine cool-girl stage presence was accompanied by glimpses of a very real person. Despite the in-your-face stylistic and musical similarities to her pop predecessors, Rina’s set design and speeches in between songs felt less manicured in a refreshing way. She eased into a more reserved stage presence than many of her female pop influences, but her musicality is just as complex and catchy.

Rina’s Outside Lands set teased tracks from Hold the Girl, her sophomore studio album released in September 2022. She introduced “Catch Me In the Air” as a song she wrote for her mom. Reaching into her childhood brought up memories of my own; this song in particular reminded me of the Kelly Clarkson hits my sister and I used to yell out the backseat of my mom’s car. When listening to it later within the context of the album, the innocence and sheer love of her inner child shines through even more vividly. It’s flanked by “This Hell,” her first single off the album that quickly became a hot girl summer anthem, and “Forgiveness,” a harmonically stunning power ballad about letting go of her former self that plunges the rest of the tracklist into the contemplativeness of autumn.

Hold the Girl does not hold back; ultimately, Rina slays. While this term is remarkably overused in today’s pop culture, it is wholly fitting for her: the euphoria she creates for her audience extends from her music into her vernacular.

She might even overachieve with Hold The Girl: a highly ambitious attempt to integrate myriad melodies and genres into one cohesive sound. Thematically, the genre-bending songs interact as peacefully as their predecessors on SAWAYAMA, but I’ve found myself preferring to focus on re-listening to individual songs, as opposed to exclusively viewing the whole project as one entity. Days I feel like bumping “Frankenstein” differ greatly from times I’d like to hear “Send My Love To John.” I’m grateful to my Spotify transition for introducing me to Rina, and I’m excited to see where this algorithm—the same one I once feared–will take me next. 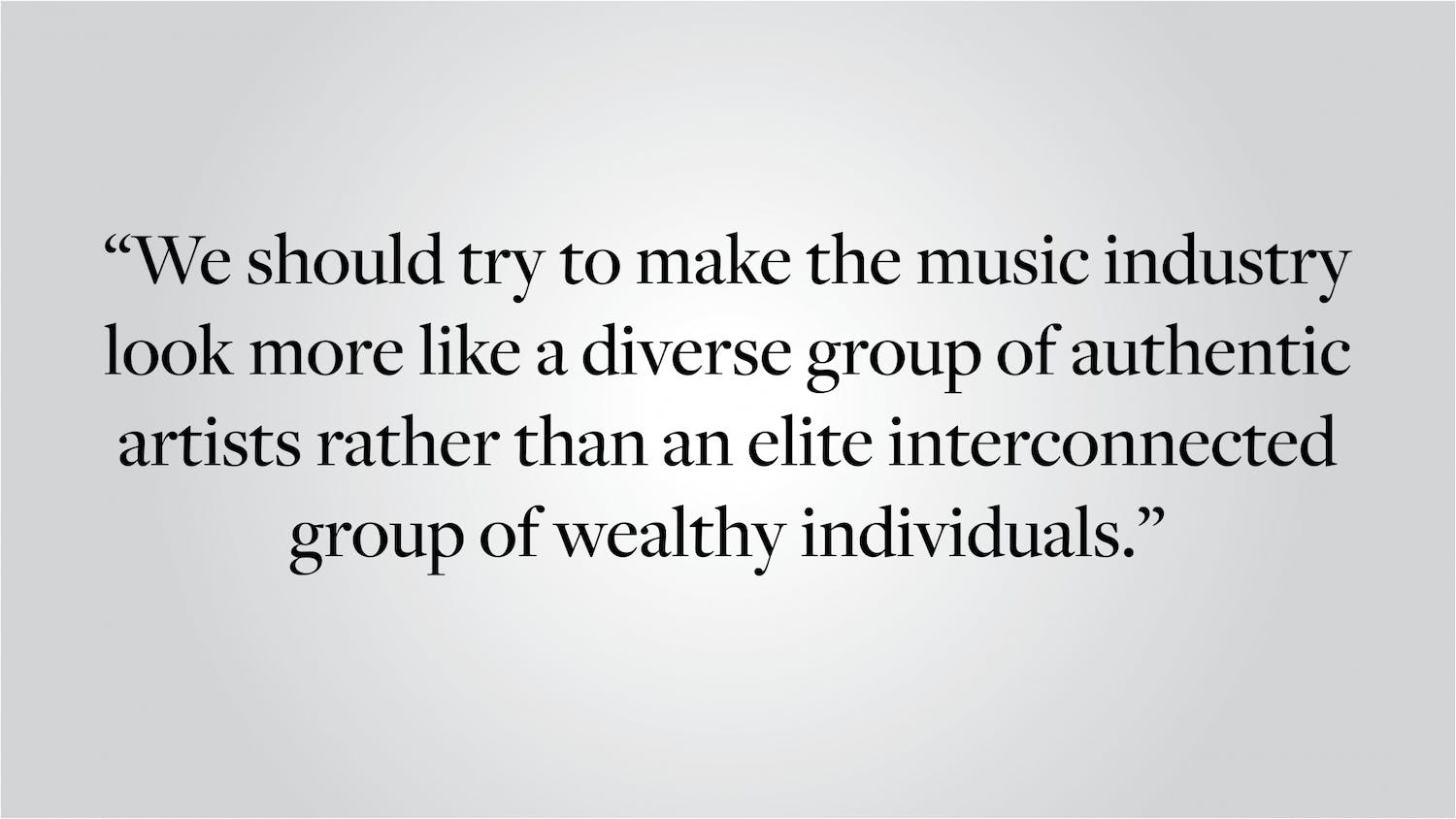 Liu ’25: We must stop assigning worth to the Grammys