President Christina Paxson P’19 handed out Brown Employee Appreciation and Recognition awards to staff members Feb. 20. Two types of awards were given out, one to celebrate “years of service” and the other to recognize “performance excellence”; the latter category recognizes either individuals or groups in one of seven areas, including diversity and inclusion, leadership and innovation, according to the University’s Human Resources website.


The BEAR Day event brought families, friends and colleagues of staff members to the Salomon Center to celebrate the work of almost three dozen staff members.


All of the staff members who received Excellence Awards were nominated before being selected. Chief of Staff to the Provost Marisa Quinn, who sits on the selection committee, wrote in an email to The Herald that a total of 13 individuals and four teams were picked from 113 nominations. Award recipients are picked based on set criteria, including “whether the individual or team has made a measurable impact to advance our goals, progress and values as a community,” Quinn wrote.


A banner celebrating the event hung on the doorway above Salomon. As guests entered, they were greeted with balloons and red pamphlets detailing the accomplishments of the staff members receiving recognition. Salomon 101 was packed with a variety of University community members, some there to collect their awards and others to support their coworkers. For instance, Andrea Goldstein — a coordinator at the Office of Continuing Medical Education — was there to celebrate her boss, Director of Continuing Medical Education Maria Sullivan, for 15 years of service at the University.


The awards are “a great way to boost morale and help employees feel appreciated,” Goldstein said. “It’s a great way to showcase the innovations and fantastic staff members that make the University great.” Goldstein, herself a previous recipient of the Excellence Award for Efficiency and a five-year service award, said those receiving special recognition are also awarded a monetary gift for their contributions.


The event, which the University began hosting annually in 2005, was kicked off by a brief introduction from Executive Vice President for Finance and Administration Barbara Chernow. A video montage of the teams and individuals who had earned excellence awards, along with the small army of staff members receiving Years of Service Awards, was met with applause and laughter. The playful video highlighted some of the work being done by individuals in areas such as research, admissions, dining services and financial aid.


Years of Service Awards were given out to staff members who have worked with the University for five years, with subsequent awards given for every additional five years. Stephen Lawton, production services specialist, was recognized for 50 years of service to the University and was met with roaring applause as he made his way to the stage. Bonnie Buzzell, senior knowledge systems librarian, was recognized for 45 years of service.


Brian Clark, director of news and editorial development, won an Excellence Award for Innovation. Clark, along with five colleagues from the Office of University Communications and Computing and Information Services, received the award for work on the new Today@Brown system. “I was happy that President Paxson pointed out today … that (Today@Brown) is just the first phase in what we’re doing to transform digital communication at Brown. It was a recognition that it was a step forward,” Clark said.


Lauren Schlichting, research analyst, received the Excellence Award for Rising Star for her work at the Hassenfeld Child Health Innovation Institute. When a study conducted at the Women and Infants Hospital required a piece of expensive software to collect data, Schlichting provided an alternative that ensured that the institute would not have to pay for outside software. She was nominated by her boss, Michelle Rogers, senior research analyst at the institute.


Paxson, who received a pin for her five years as president, delivered a speech stressing the importance of affirming that work done by employees is vital to the University. 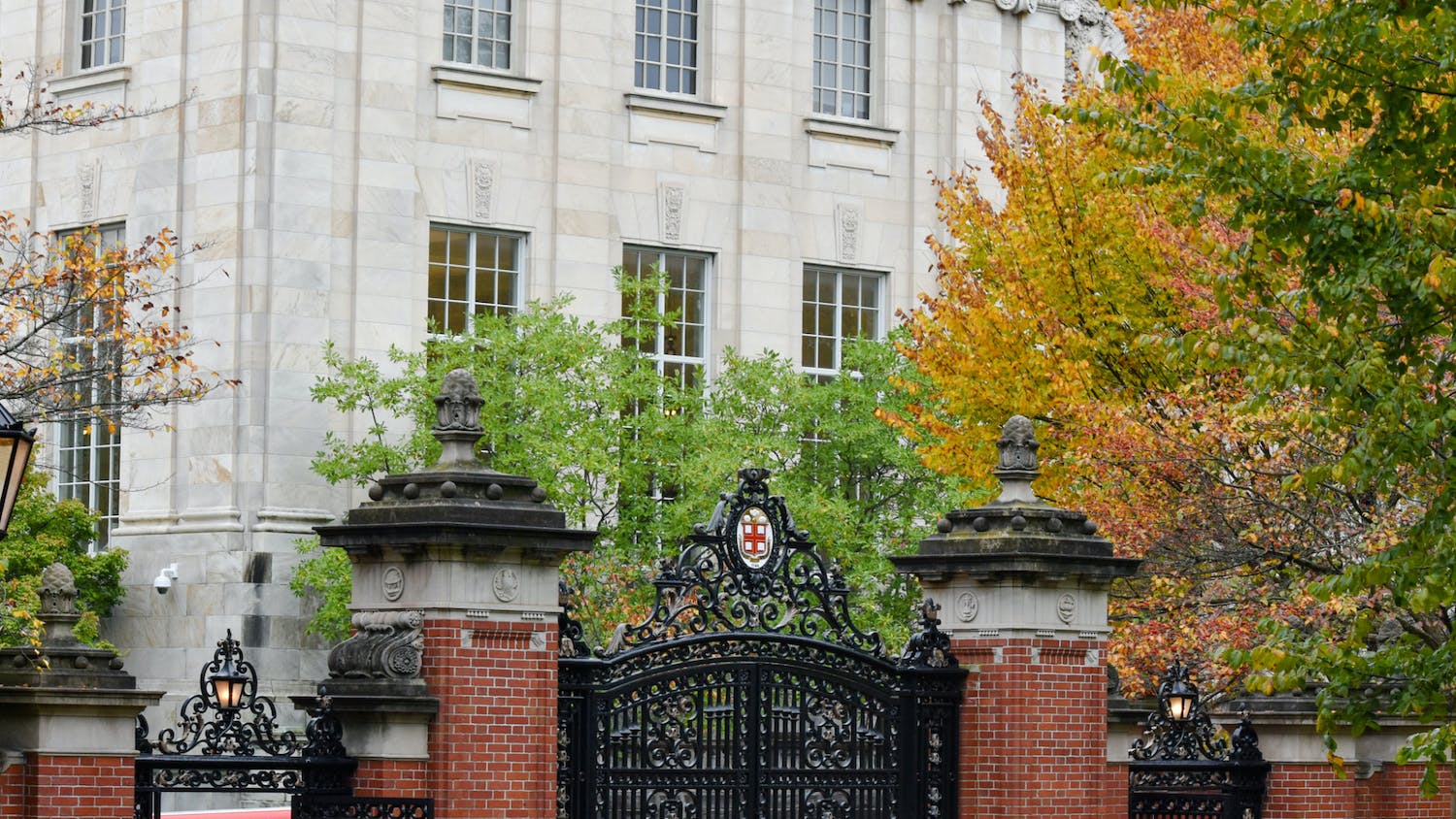