Multiple East Side neighborhood groups and Ward 1 Councilman John Goncalves ‘13 MA ‘15 released a letter Monday demanding changes to the University proposal for a two-building residence hall on Brook Street, including shrinking the proposed structure and adding back retail space that had been removed from previous proposals.

Paper copies of the letter were mailed by its authors to the University trustees and President Christina Paxson P’19, according to Nick Cicchitelli, president of the Fox Point Neighborhood Association. The letter was also emailed directly to Paxson and several University administrators.

“We will respond directly to those community members as we continue to engage meaningfully while the project moves from design and planning toward on-site work in the months ahead,” University spokesperson Brian Clark wrote in an email to The Herald.

Within two days of the petition being posted publicly, it had amassed over 300 signatures, according to Goncalves. The community stakeholders originally aimed for 1,000, Cicchitelli said.

In April, the University revised its initial plans for the dorm to incorporate more community feedback, The Herald previously reported. The revised plan removed 16,000 square feet from one of the buildings, added a community green space and removed retail space from the dorm.

“There are several aspects of the Brook Street plan that do not match the unique needs and characteristics of the neighborhood,” Goncalves said in a press release.

Community stakeholders formed an “ad hoc committee” to ask the University to revise the plan in early April, after the University came out with its revised plan, according to Cicchitelli. Cicchitelli argued that these revisions — specifically adding green space and removing retail — were not actually reflective of the community’s desires.

“Before we unveiled the revised Brook Street residence hall plan shaped by feedback from the Providence community, we reached out directly to local stakeholders and community organizations to alert them to our plans and to schedule meetings to discuss the revisions and answer questions,” Clark wrote. In meetings with community groups since the revised plan was unveiled, he added, the University has “addressed questions, gathered feedback and considered input from community members who hold a variety of views on the project’s elements.”

The two planned buildings will be situated on either side of Brook Street between Charlesfield and Power Streets and will house 350 undergraduate students under the current plan.

The first demand in the petition is to further reduce the proposed dorm to four stories at its highest point to “maintain scale with neighboring houses.” The buildings in the current plan have five stories at their highest points, with step-downs to three stories on both buildings.

The petition acknowledges that a reduction in height will “effectively remove beds, and advance a more contextual streetscape along Brook Street.” The University’s previous revision to their plan removed 25 beds from the dorm, lowering the two buildings’ capacity from 375 to 350.

The petition also asks the University to add back retail space in the residential hall on the first floor, as was included in the original plan announced February 2020. The lot where the one of the buildings will sit currently houses two local businesses — Bagel Gourmet and East Side Mini Mart — as well as a substation for the Providence Police.

Cicchitelli said residents value the businesses located in the retail space, as well as the tax revenue those businesses generate for the city.

Some community members expressed frustration that the retail space would be lost at an April 8 community forum hosted by the University, The Herald previously reported. Students previously told The Herald that they regretted that the new dorm would displace local businesses.

“Retaining the retail space would serve as a greater community amenity than the alternatively proposed green space,” the petition reads.

The petition also asks the University to change the design of the dorm to be “in harmony with neighborhood architecture.” The petition notes that “there should be recognizable cues as to why the construction fits.”

Cicchitelli said the language in parts of the petition was intentionally left vague so that the University could have flexibility in addressing the requests.

“Part of the committee’s mission was to find reasonable requests that Brown could accommodate if they so wished,” Cicchitelli said.

Finally, the petition asks that the University preserve three houses that would be demolished to make way for the dorm — 66-68 and 70-72 Charlesfield St. and 245 Brook St. — because they are “historically significant.”

The petition proposes that the buildings at 66-68 and 70-72 Charlesfield St. — built in 1915 and 1872, respectively, according to the Providence property database — be “preserved and re-used.” The petition also proposes that the building at 245 Brook St. be moved to the empty area at 126 Power St., which the University currently plans to purchase to create a green space next to the dorm.

Cicchitelli said he has had conversations with University representatives since the letter was sent and expects more dialogue in the coming weeks. 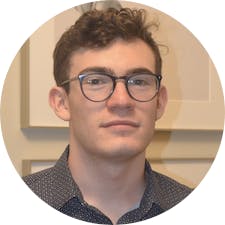