The day after Ray Bradbury’s death at age 91, writer Neil Gaiman remembered him in an article for The Guardian: “A young man from Waukegan, Illinois, who went to Los Angeles, educated himself in libraries, and wrote until he got good, then transcended genre and became a genre of one; often emulated, absolutely inimitable.” Yes, many will remember Ray Bradbury as the writer who brought man to Mars in The Martian Chronicles, or as the confector of the not-so-virtual-reality nursery in his short story The Veldt. But the best writers—writers like Ray Bradbury—leave us with something beyond clever plots; they alter our experience of the world.

I remember realizing something was wrong when I couldn’t remember having a dream in months. A couple of years back—when I was spiritually and creatively bankrupt—I decided to start carrying around a pocket-sized notebook with a brown leather cover. In it I would write down anything that I noticed and felt was worth recording: quotes, observations, internal dialogues, lines from movies, narratives, memories, definitions, names of inspiring individuals, etc. The point was to set no limits, to not constrain my mind and attention in any way; I needed to retrain my mind to become aware of myself and my environment—to reignite my creative spark. Unwittingly, I was stumbling my way into mindfulness practice.

I’m in Professor Eric Loucks’ course PHP 1880 - Meditation, Mindfulness, and Health this semester. Early on, Professor Loucks introduced the pioneering work of meditation and mindfulness proponent Dr. Jon Kabat-Zinn, the creator of the Mindfulness-Based Stress Reduction program. Kabat-Zinn defines mindfulness as the act of “paying attention in a particular way: on purpose, in the present moment, and nonjudgmentally.” Over the course of this semester I’ve begun to incorporate mindfulness practices into my daily routine and also recognize the mindful habits I’d picked up subconsciously over time. In both the deliberate and the accidental, this turn towards mindfulness has changed my own understanding of myself for the better.

If you’ve read any of my other writing you know that I think a lot about the ends of things. In a talk given here at Brown on April 3, 2019, Dr. Kabat-Zinn described a mindfulness practice for waking up in the morning: “The invitation is to die,” he said earnestly. “Die now and get it over with. Die to the past, die to the future, and therefore show up—wake up—to this moment.” Think of the chorus’s cry in the finale of Mahler’s Resurrection Symphony: “Sterben werd’ ich, um zu leben!”—I shall die in order to live!

Have you ever smelled the musky rot of a pile of fallen autumn leaves, or heard the low hum of air-conditioning units across the city in the muggy summer months growling like some ancient, primeval beast calling to its kind, or noticed how little specks of stone embalmed in the asphalt shimmer with the reflected light of a full moon like stars penetrating the deep earth beneath our feet? I’m sure you have; these are the kinds of casual observations anyone with sense and senses can notice anytime they step outside, anytime they walk down the street, anytime they soak up the rays of the warming sun and breathe in the atmosphere. “Cut one sense away,” says Charles Halloway in Bradbury’s Something Wicked This Way Comes, “cut part of life away. Cut two senses; life halves itself on the instant. We love what we know, we love what we are. Common cause, common cause, common cause of mouth, eye, ear, tongue, hand, nose, flesh, heart, and soul.”

In order to build stores of memories, one must be present and mindful at least some of the time. Take nothing for granted; treat everything like a miracle that happens just for you, for the first and last time in that moment. Nobody has walked your path before, nor will anyone ever again in the entire history of the universe. “I believe in the flesh and the appetites,” wrote Walt Whitman in Leaves of Grass, “seeing, hearing, feeling, are miracles, and each part and tag of me is a miracle.” Our bodies are great big valves that let the world pour in and fill our souls—but only for a short while. Creativity. Imagination. Ideas. Stories. Whatever you want to call it, life-affirming energy abounds in the smile of a passing stranger as much as it does in the embrace of a mother or in the momentary glimpse of a still New England pond from the window of a speeding train.

William Wordsworth called them “spots of time” in The Prelude, moments from our memories, moments when the awesome wondrousness permeating everything suspends us in symbiotic communion with the natural world, moments that remain lodged in our mind’s eye ready to resurface and sustain us when we sink down low. In a similar way, Ray Bradbury credited the vast trove of his subconscious, the “secret mind” as he called it in an essay, as the wellspring that fed and drove his creativity. “I blundered into creativity as blindly as any child learning to walk and see. I learned to let my senses and my Past tell me all that was somehow true.” His novel Dandelion Wine, set in a fictionalized version of his boyhood town of Waukegan, Illinois, employs the image of gathering dandelions and storing them away to make the titular drink as a recurring metaphor for this process of bottling up memories, recollections, and little joys from life’s proverbial summertime.

We’re each taking our final breaths on this spinning rock in the cosmos that itself might be taking its final breaths as a cradle for life. Bradbury often recounted the moment he decided to be a writer. At a carnival when he was no older than 12, little Ray encountered a certain Mr. Electrico who sat in an electric chair in front of the audience each day. All at once, electricity would course through his body and send sparks flying from his limbs, his hair standing on end like you’d experience placing a hand on that big metal ball, a Van de Graaff generator, at the science museum. “Live forever!” he shouted. And so, energized by the curiosity of that great Shakespearean promise—to achieve immortality through one’s work—Ray Bradbury began to write. Ray wrote every day; he churned out a short story a week at the height of his creative powers. He did this not merely as a consequence of some abstract rule he set for himself, but because he had to in order to not die—in order to live forever. “Not to write,” he wrote, “for many of us, is to die.” Just as the lungs automatically breathe oxygen or the heart continuously beats under the ribs, Ray Bradbury wrote every aspect of his being, his loves and his hates, onto the page because he didn’t have any other option.

The key is not to be born with a heightened gift of creative consciousness, but instead to uncover the capacity for awareness latent within each of us with intention and curiosity.

I must acknowledge a contradiction; how can you follow Jon Kabat-Zinn’s advice to die to the past and to the future while also modeling your creativity on Ray Bradbury who continuously mined his memories for imaginative material? Balance. There is a time to be present. A time to remember. A time for reveries. A time to pack away moments and a time to unpack them. Ray Bradbury kept a sign above his typewriter that said “DON’T THINK.” Sitting down to write was about opening the floodgates, not about obsessing and turning things over endlessly, intellectualizing an idea to death. “By living well, by observing as you live, by reading well and observing as you read, you have fed Your Most Original Self.”

So live forever: because you’ve always lived and always will. Here you are. You, like me, are the universe manifest in a body that is here in this life right now. We are what we are. Why not accept Jon Kabat-Zinn’s invitation to let your past and future self, the versions of you that you think you are, die and awaken to this, your actual body in the present moment? Why not take Ray Bradbury’s advice and “DON’T THINK” when you’re supposed to do? Don’t miss out on the beauties of this brief little interlude of living awareness by projecting your mind forwards and backwards in time, chasing after infinity. You already contain infinity. Between every second is an infinite amount of time. Work on being mindful of this body and this earth you inhabit at this very moment and, in the words of Ray Bradbury, “at last [you] will begin to see [yourself]. At night, the very phosphorescence of [your] insides will throw shadows long on the wall.” 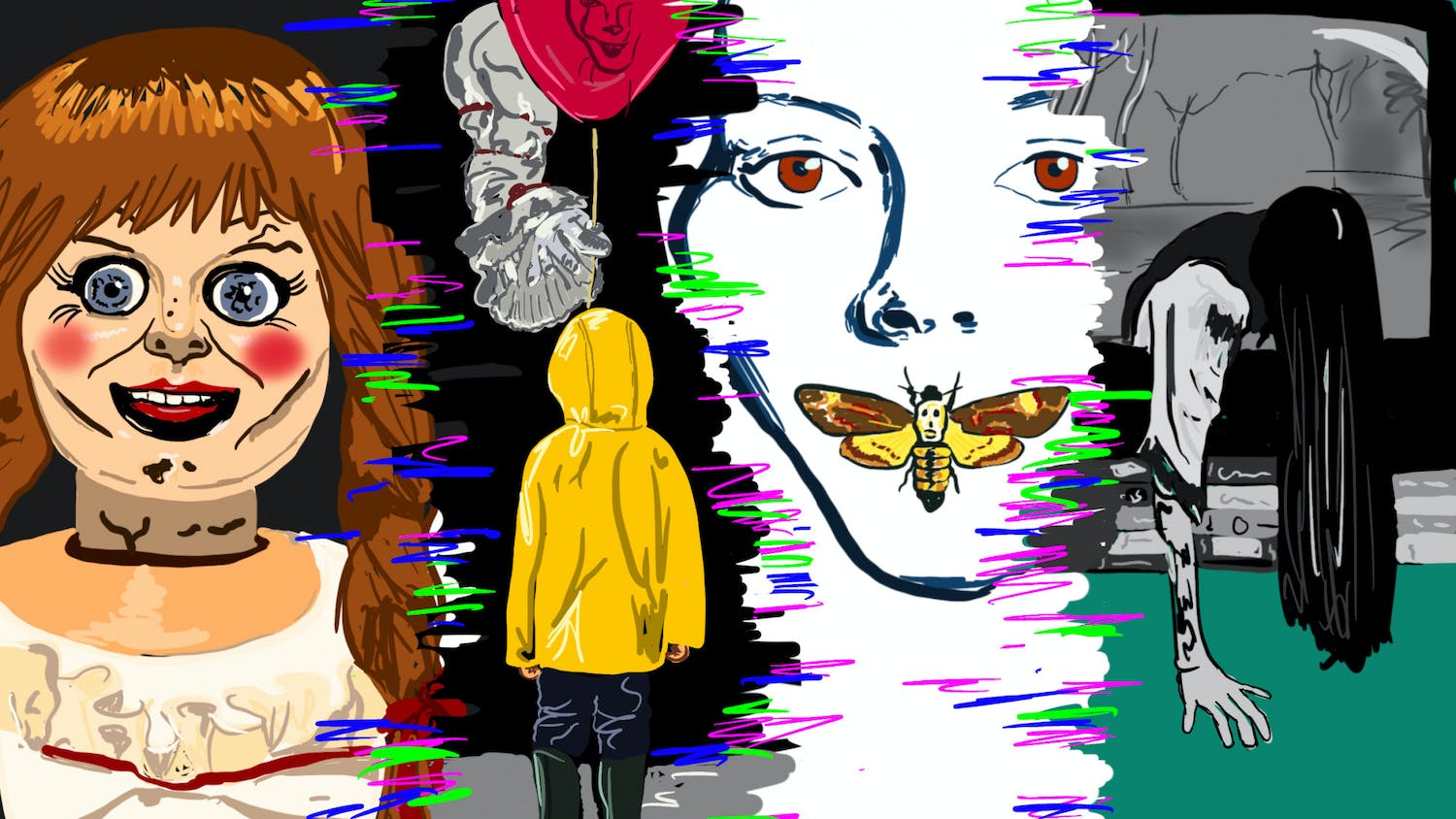