The nation has struggled with a labor shortage following the end of many pandemic restrictions, and businesses on Thayer Street are no exception — many saw shortened hours, delayed openings and management difficulties as a result of the shortage.

Starbucks — which already shortened their business hours due to the pandemic­ — no longer opens on the weekends due to understaffing and a managerial vacancy that has persisted for the last month and a half, according to an employee who spoke under the condition of anonymity due to concerns about professional repurcussions.

The employee said that some staff members have assumed traditional management responsibilities, such as opening and closing the store, but are unable to perform these tasks on Saturdays and Sundays due to lack of availability. The store decided to close on the weekend in order to accommodate these management limitations and ease stress on workers, they said.

Professor of Economics Kenneth Chay believes the pandemic prompted workers in the food service industry to re-assess the value of their work.

“Almost all these jobs have some contact with the public,” he said, adding that workers are less likely to accept wages that haven’t increased to accommodate the new health risks they face with the pandemic.

According to Ganko Ittetsu Ramen Manager Daniel Pond, line cooks were some of the workers most likely to be exposed to COVID-19, as “the majority of restaurants opened up two weeks after the shutdown” to offer take-out. This risk led many line cooks to transfer to different industries or seek higher paying jobs, Pond said  — Ganko Ittetsu lost some of its strongest line cooks after other restaurants offered them more competitive rates of $20 to $30 per hour.

According to a Nov. 1 posting on U.S. Job List, Ganko Ittetsu is offering between $13 and $20 per hour for line cooks and prep cooks. While Pond said that the restaurant raised the hourly rate for its kitchen workers by “a significant amount” since the start of the pandemic, the back of house remains understaffed since he began his search for line cooks in April.

After losing many full-time kitchen workers, Pond’s new kitchen staff includes multiple students from Johnson and Wales University, who are less available during the school year than they are in the summer. Due in part to the restaurant’s greater dependence on these students, Ganko Ittetsu began closing on Tuesdays and Wednesdays over the course of the past two months. He added that the change in operating hours has also affected the restaurant’s servers, who work 10 hours less per week than they did previously.

Ganko Ittetsu server Biané Braz said the change has been difficult for servers like herself. While she made roughly $500 per week when she started this summer, Braz said that the change in operations has reduced her weekly earnings by $100 despite the fact that the return of students and cold weather has led to busier hours at the restaurant.

Chipotle has also had to alter its operating hours. General Manager Nicholas Crosby — who hired mostly college students after experiencing a staffing shortage at the beginning of October — said his current crew’s inflexible schedules impede his ability to find those who can fulfill service and kitchen manager positions. To deal with the insufficient availability of management throughout the week and to allocate more time for training new workers, he said that Chipotle has changed its operating hours from 10:45 a.m. to 10 p.m. to a reduced range of 12 p.m. to 8 p.m.

Chipotle Mexican Grill, Inc. increased its national average wage to $15 per hour this summer, but Crosby said wage ranges vary by location. For example, while his store pays crew members between $13.50 and $15.35 per hour, he said that crew members at a Chipotle in East Greenwich, a “higher revenue area,” can earn up to $16.50 per hour.

All stores are actively working to train more employees and return to a pre-pandemic schedule. Pond said that he began receiving more applications after unemployment benefits endedson Sept. 5 and is now in the process of training newly recruited cooks. “We are hoping to get operating hours back to normal within the next month,” he said.

Crosby said that Chipotle is currently working on training managers and is also hoping that the store can restore its normal operating hours by the end of this month.

The Starbucks employee said that the store has found a new manager who is expected to arrive in a week. To provide time for recruiting more workers, they expect the store to maintain its current operating hours until more employees are hired. 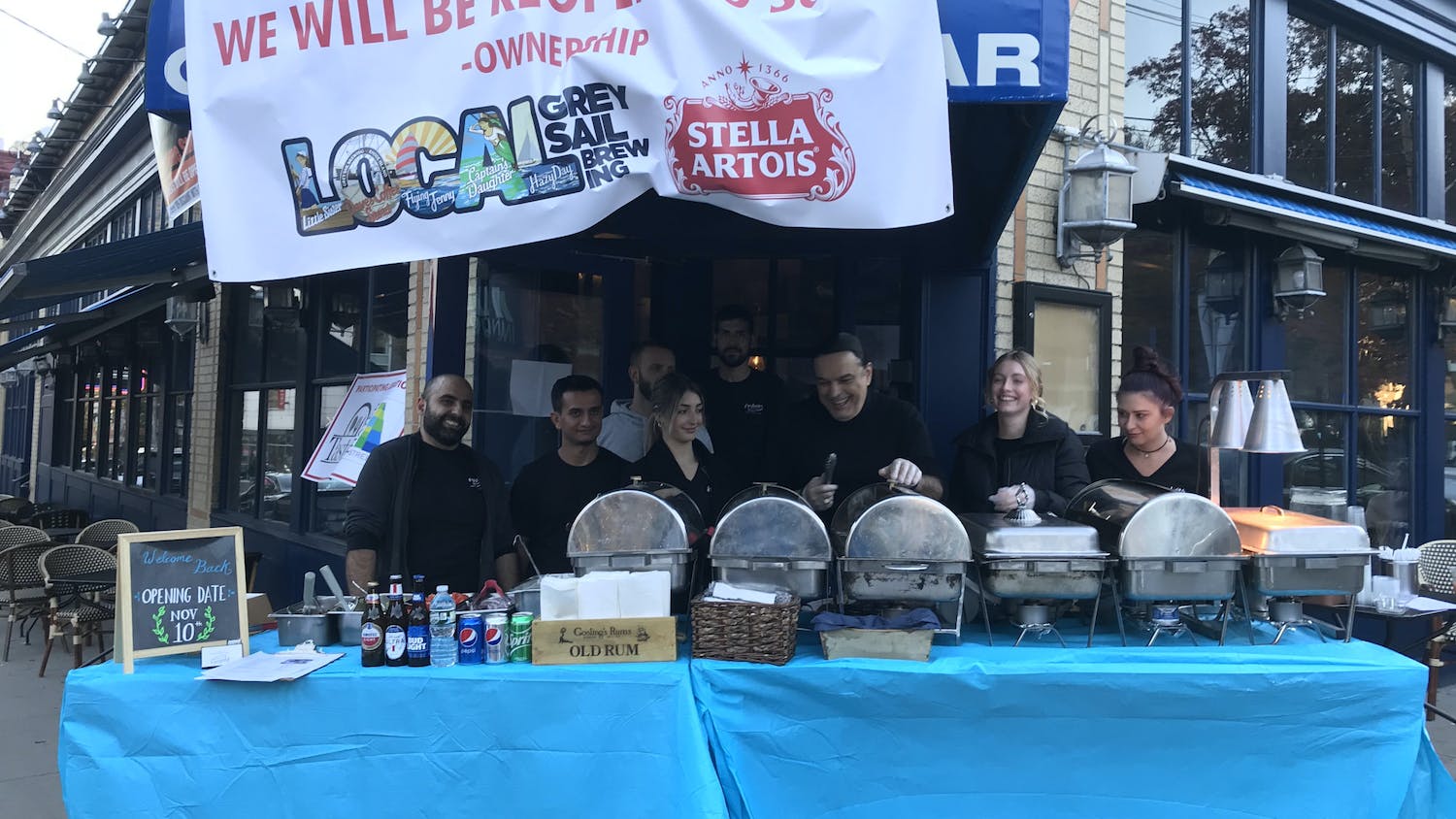