Actress Madelyn Cline visited Brown for a talk with Fashion@Brown Thursday evening. Cline, known most widely for her role as Sarah Cameron in Netflix’s “Outer Banks,” was met by a full house of eager, engaged and enthusiastic fans.

The hour consisted mainly of an interview with Cline, which was facilitated by F@B Events Director Natalia Brown ’23 and followed by a short audience Q&A.

Cline and Brown covered a wide range of topics, focusing primarily on Cline’s experiences in both the acting and fashion industries. During the conversation, the duo also joked and laughedwith the crowd.

“Was that a burp?” Cline asked of one audience member. “That’s incredible.”

Cline delved first into her childhood. She grew up in Goose Creek, South Carolina — a small town which always felt a bit too tight for comfort.

“Growing up, it always felt like there was a formula for life,” Cline said. She explained that she initally sought after “something more” through reading books and plays, but those were eventually not enough. “Why are we here, on this floating rock, if we’re not meant to follow ambition?” she asked the audience.

And so that is exactly what Cline did. She dove headfirst into cold territory, deciding to move to Los Angeles with only one known contact. She landed roles in “Boy Erased,” HBO’s “Vice Principals” and her most famous: “Outer Banks.”

Cline described Netflix’s recent hit as “a bit of a love letter to where I grew up.” It was, after all, filmed in Charleston — only a few miles from her hometown. She also found that she was able to connect some of Sarah Cameron’s experiences to her own, especially those full of doubt, insecurity and notions of wanting to belong.

“I don’t think imposter syndrome ever really goes away,” Cline said. She spoke of experiencing some of those feelings of not belonging herself over the summer, when shooting the sequel to “Knives Out.”

But Cline  encouraged the audience to lean into the inevitability of imposter syndrome and acknowledge its fallacy, rather than dwell upon it. “Wherever you are, you’re supposed to be there,” she said.

To contain her own nervous energy, Cline often turns it into adrenaline. Being on set, she said, “does sometimes feel like one big pressure cooker.” Whether it be coordinating with her stunt double or chasing the last of that afternoon’s sun, there was always something to focus on.

Although Cline’s personal wardrobe differs from Sarah’s (she is not one for jean skirts), getting to assume such a specific style helped her further dive into character. It also aided in her landing a collaboration with Set Active — a mostly woman-run clothing business which gave Cline the chance to bring some of her own creativity to fashion.

Speaking to the fashion industry at large, Cline likened it to acting. “It’s like slipping into another skin, another character,” she said. She views both as individual forms of expression.

But when it came to expressing herself on social media, Cline described a “love-hate relationship.” While she expressed gratitude and love for her fans, she noted that some misintrepret her image, conflating her with her character, Sarah, and expecting her to act as such. “Sometimes, it feels like your only value is through a fictional character,” she explained.

Following the audience Q&A — which was animated and included an audience member who gifted Cline a book of poems — Cline left the crowd with a few bits of advice.  She encouraged all to maintain a “childlike wonder” of the world — something which she views as necessary for any art.

“Have patience with yourself and your journey,” she said.  “It’s not always linear.” 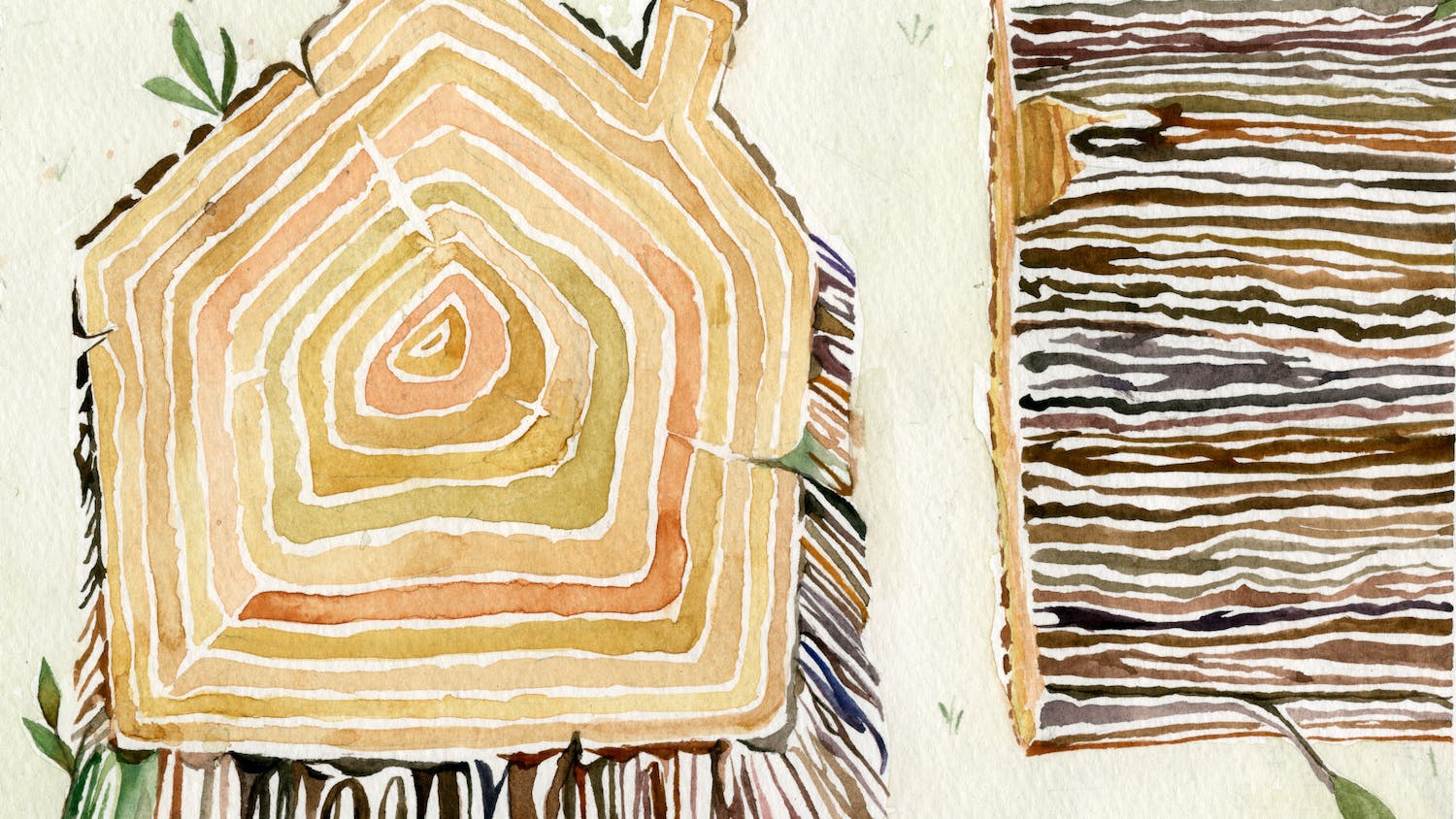 in the places we call home [narrative] 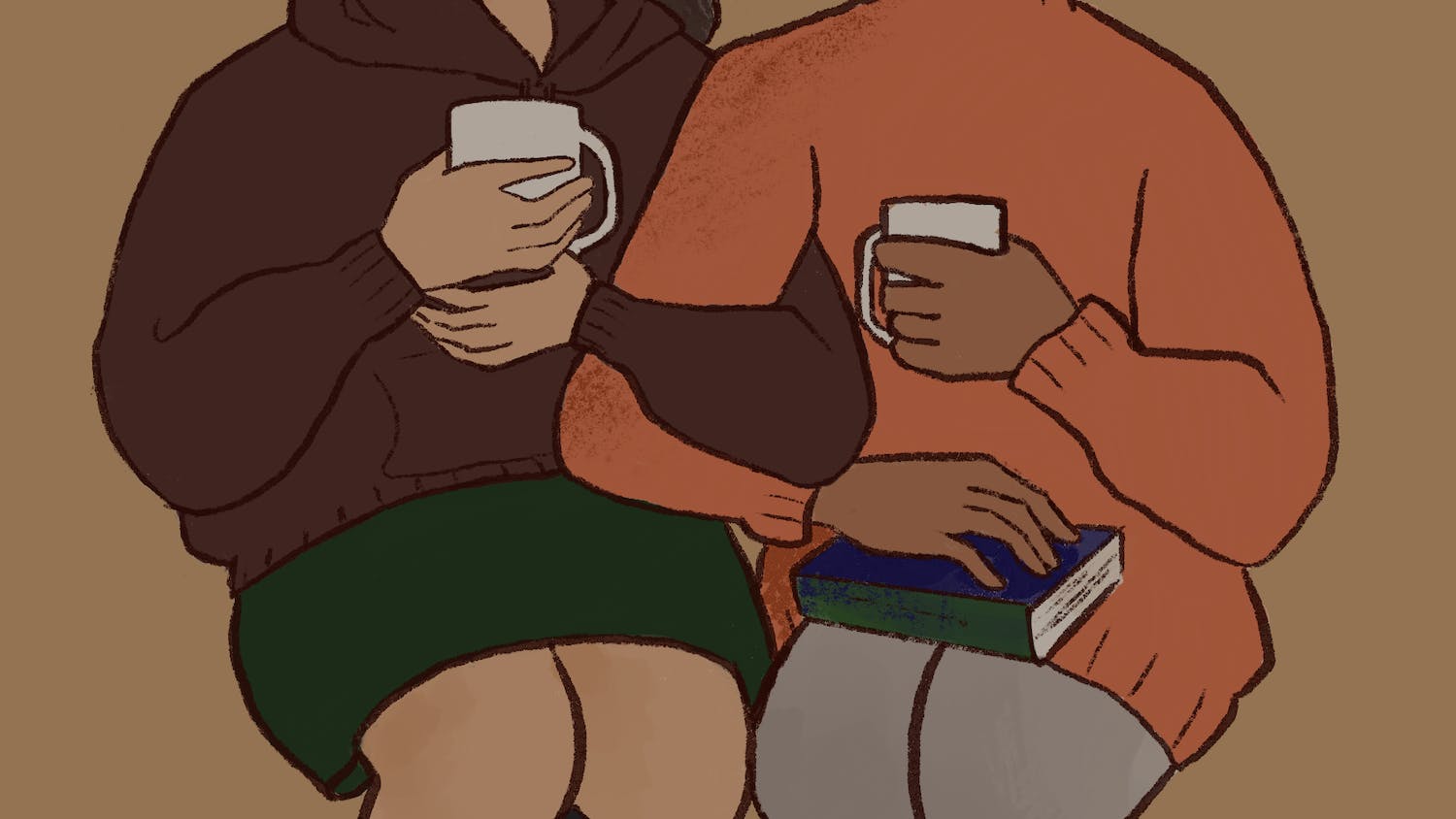 i love you (verb) [narrative]