But Pollock said that he has seen a relatively low number of graduate students utilize CAPS resources, a trend that mirrors what Pollock characterized as an overall resistance across the broader student body to make initial CAPS appointments since the onset of the COVID-19 pandemic.

He anticipated that more graduate students would engage with the resources after gaining more information, such as how to make CAPS appointments, his work hours and office locations.

In response to Pollock’s statement about the lack of graduate student demand for counseling services, GSC President Kathryn Thompson GS suggested that this could be a result of graduate students feeling historically disconnected from CAPS. Despite Pollock’s new designated focus on supporting the graduate community, Thompson said students may feel uncomfortable based on their past experiences.

Pollock emphasized that his new role as a graduate student-focused counselor served to address some of these concerns, but he encouraged continued conversations about past negative experiences with CAPS.

One specific goal of the evaluation, according to Thompson, was to consider how to diversify the pool of students serving on committees in order to ensure that they reflect different experiences of the student body.

According to Jordon, the report found that the current committee protocol is effective in promoting diversity. When comparing recognized graduate student committees to unrecognized ones or ones that operate outside of GSC, recognized committees are more diverse and have much larger international student representation, the report found. Thompson added that this representation is significant because 43% of graduate students are international. Survey data also showed that committee members reported feeling “happy,” “healthy” and “considered.”

The report concluded with a series of recommendations for committees, including designating a committee position for master’s students, continuing adherence to GSC protocols for recognized committees, ensuring transparency in committee appointment and maintaining communication with GSC.

The executive board also summarized takeaways from the Ivy+ Summit, a conference with the graduate student councils of other Ivy+ institutions. GSC felt they were performing relatively well compared to its Ivy+ peers in regard to its relationship with administration and its efficiency in executing initiatives, Thompson said. Still, they identified a few places for improvement such as continuing to push for a graduate student center and strengthening the graduate student career advising program, which they plan to model off of the Princeton advising program. 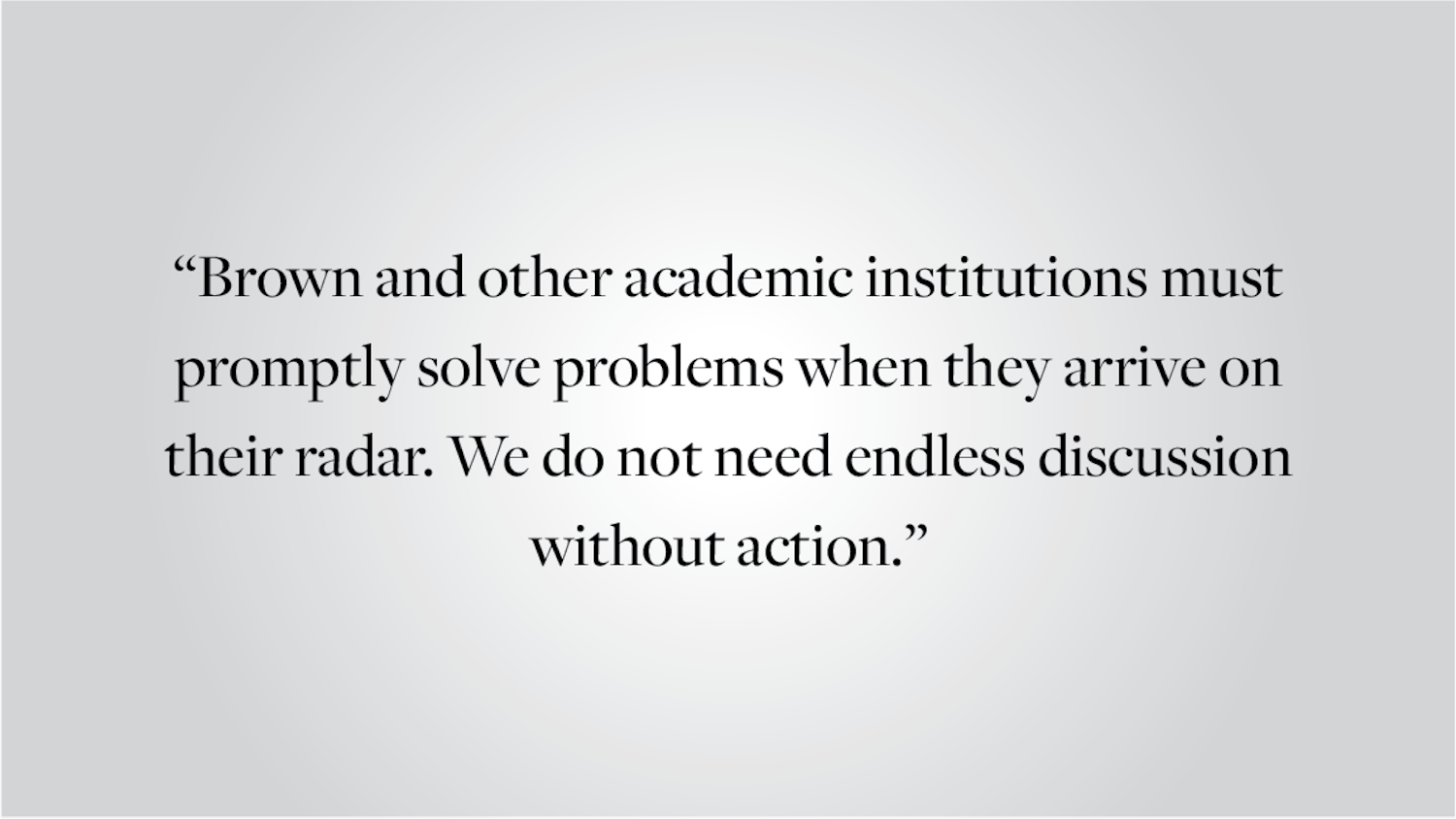 Gumus GS: Brown needs to do more for its graduate students than task forces and surveys