wrangling with my grandfather's two identities

My grandfather used to be a cowboy—a real one. He wore a wide-brimmed, faded brown hat and crocodile skin boots. He had a leather belt with an intricately carved sterling buckle, and he wore it every day over blue jeans and a tucked in plaid button-down. As a teenager, he spent his summers riding "ol' cow ponies," playing poker, and learning the business of ranching from the inside. After the death of his father and a stint in the Marine Corps, he stopped wrangling cattle and started investing in it instead. But he never lost his Wyoming drawl or bow-legged swagger.

That's the story of my Pop Pop that I grew up hearing. My mom loves to embellish the narrative with her own personal tales, too, and my brother and I quickly committed the most oft-repeated ones to memory.

"You know, when I was a little girl, your Pop Pop was driving through Vail Pass and my sister Sara and I were fighting over a Barbie in the backseat, and he—"

"Pulled the car over, opened the back door, took the Barbie, and threw it off a cliff. Yeah, we've heard that one," my brother or I would finish, to which Mom would reply, "I'm just so predictable, aren't I?"

But it wasn't that my mom was predictable. Stories about my grandfather were just vividly memorable. One time, as a teenager, my mom asked him for $50. "Sure," he told her. He pulled a $100 bill from his wallet and ripped it down the middle, handing her half. For Mom, it was a lesson not to expect handouts. For us, it was a reminder of his wit and his irrevocable status as a "tough guy."

He was also her knight in shining armor. When my mom was 12, my grandmother—whom my grandfather had divorced when my mom was five—moved in with a new husband and sent Mom and two of her siblings to live in a foster home in Omaha. She describes how she managed to escape her captors, sprinting to the post office to drop off a letter begging for my grandfather’s help. He showed up a few days later outside the foster family's ramshackle house, piled Mom and her siblings into the back of the car, and threw their trash bags full of clothes into the trunk. As my mom tells it, they were on the road within 15 minutes. I always pictured an engine roar and a cloud of brown dust, just like in Chitty Chitty Bang Bang.

Every summer, my family and I used to drive four hours to visit Pop Pop in Saratoga, Wyoming, a town of fewer than 2000 people where he lives for six months and one day out of the year (the extra day spares him from paying taxes in Palm Springs, California, where he resides for the other five months and 29 days). Although I loved how excited my parents were to visit, I found myself dreading these trips. I respected my grandfather, but I had to admit that his gruffness scared me a little. I was timid and silent around him, a fraction of myself, always worried about saying the wrong thing and therefore proving my naivety. I would sit stiffly in his cavernous, barely furnished living room while he and my parents drank whiskey and talked about Western art and guns and politics and things I didn't understand. Driving home to Denver always felt like letting out a big breath that I had been holding for a long time.

One of my family's yearly trips to Wyoming stands out in my memory. I was at an Italian restaurant with my parents, my brother, my grandfather, and his much younger wife. We were sitting at the table for quite some time before a waitress finally approached us, apologizing for the wait and citing the understaffed kitchen and the busy holiday season. My grandfather didn't like to be kept waiting. We placed our orders, and my mom tried desperately to maintain a flow of light conversation, but Pop Pop's mood had darkened.

As we waited for our mains—30 minutes, then 45—he descended into a kind of vibrating quiet, a bomb primed to detonate. When our food finally arrived, my grandfather said something sharp and sarcastic to the waitress. I don't remember what it was, but I do remember that her eyes welled with tears, and she hurried back to the kitchen with her head in her hands. We ate in tense silence, and my grandfather asked for the check before we had finished. When the check didn't arrive within a quarter hour, he stood up and pushed his chair back, dropping his napkin on the table. "Thanks for the free meal," he told the hostess, and strode out of the restaurant, leaving us scrambling after him and apologizing to everyone in our wake.

Perhaps we could have written this off as classic Pop Pop, always expecting the most from people. I'm sure we laughed about it after a few weeks of space. But for me, the veneer had started to wear off. For the first time, I felt ashamed of him. I could suddenly remember some of the stories about my grandfather that I had glossed over when my mom told them, because they hadn't fit my idyllic mental picture: how he stopped paying for my mom's college education when she refused to break up with a boyfriend he didn't like; how he had disowned his second-eldest son, a drug addict suffering from schizophrenia; how my mom had been hesitant to introduce him to my dad out of fear that he would reject her engagement to a Jewish man.

In eighth grade, we were assigned a final project; the prompt was to make a memory box to commemorate someone we admire. My response was a no-brainer: Pop Pop was my idol, quick as a whip and steel-willed. Of course I would dedicate my project to him. I constructed my box with meticulous care, cutting out his photocopied portrait from his autobiography to paste alongside the little pictures I drew of lassos and boots.

But even at the age of 13, I was developing a prickly feeling, the itch of cognitive dissonance in the back of my brain. I had this growing realization that maybe I didn't idolize him as much as I thought I did. I respected him, but did I look up to him? I wasn't so sure. With my growing self-awareness came a keener, more critical eye, and I was starting to see glimpses of my grandfather that were downright ugly.

I would have done anything, in those moments, to unhear the thing I had just heard, to separate that statement from the person sitting across the table from me. If he was really the man my mom had spoken about with such fondness and reverence, how could he also be so ignorant? How could he be the gruff-but-loveable patriarch of my family, a brilliant businessman, and also be a bigot? I could no longer superimpose the two images of him in my head; the version of him I had constructed from stories was too different from the one I had experienced myself. There had been such comfort in the assumption that the grown-ups I respected were always right and moral and good. He had swiftly and bluntly acquainted me with the life-altering reality that adults are often wrong, that they can both do good things and be bad people.

After the presidential election in 2020, my grandfather sent a poll over email to my mom and her eight siblings asking who they voted for. I suppose my mom answered wrong, because we haven't seen him or spoken to him in three years. Any communication we have with him is supposed to go through his wife first. It has been difficult to watch my mom wrestle with the same cognitive dissonance that I experienced in my early teenage years, struggling to integrate her innate love for her father with the deep hurt of his rejection.

As for me, I've found peace in the realization that I don't have to reconcile the two versions of my grandfather. I don't have to choose the stories to remember. I'll never forget his heroic rescue of my mom from her foster home, nor will I forget the fluttering anxiety I felt as a young girl sitting in his living room. And I have learned a lot from him, too, lessons both helpful and painful. He taught me the infinite power of a strong work ethic, and that if you keep your standards high, other people will reach to achieve them. He also taught me that nobody is worthy of worship. 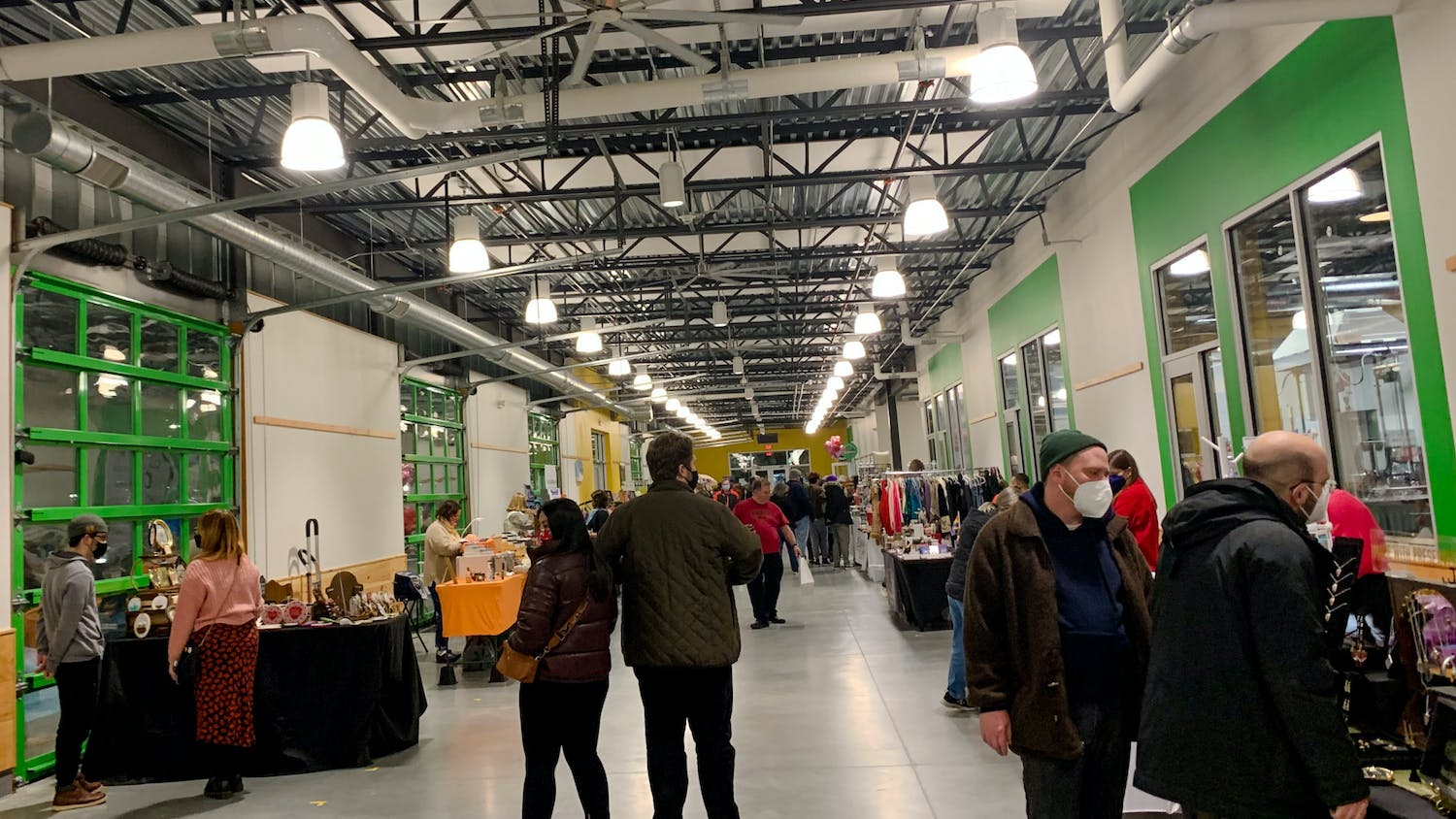