Earlier this month, the National Oceanic and Atmospheric Administration released a report detailing accelerated rates of sea level rise and coastal flooding due to climate change. According to the report, the United States is expected to experience nearly a foot of sea level rise by 2050 — the same increase as over the entire last century. The NOAA report is yet another addition to the mammoth amount of scientific research that has detailed the reality we face: Extreme global warming is happening. It’s human-made and hurtling towards us with devastating consequences for both natural ecosystems and human societies. Public policy discussions around climate change often focus on macro fixes, such as national emissions targets. However, an emphasis on far-reaching, long-term solutions can overshadow the need for immediate, localized responses to the inescapable effects of global warming. It's time for increased focus on a response to climate change that rarely receives its public due: climate adaptation.

As climate models and reports continue to give us a clearer picture of the past and present of global warming, I’ve found that thinking about the future feels a lot like holding my breath. When looking at graphs of atmospheric carbon dioxide, the melting rate of Arctic ice or annual average global temperatures, I’ve become accustomed to curves that shoot up, and up, and up. These trends have been evident for decades. The buildup of carbon dioxide, methane and other greenhouse gases in the atmosphere has us on a path toward roughly 3 degrees Celsius of warming by 2100 and disastrous consequences for the planet if countries stick to their current policies. When it comes to global warming, there’s a sense that we’re waiting for the punch to land, for the other shoe to drop, for something horrific that we know is coming — even if exactly what, how bad and when remains uncertain.

In the meantime, members of the United Nations have made various pledges as part of the Paris Agreement to try to limit the global temperature rise to 2 degrees Celsius, though many nations are already not on track to reach their stated goals for 2030 and beyond. Many of these efforts to reduce emissions and the discourse surrounding them are framed around mitigation,  slowing or preventing a catastrophic level of warming. But what happens when we’re already too late to avoid consequences from warming? After all, we’re already experiencing a string of record-breaking temperatures, unprecedented droughts and unusually powerful storms. And as NOAA administrator Rick Spinrad explained, “current and future emissions matter” for scenarios later this century, but projected sea level rise by 2050 will happen “no matter what we do about emissions.” No matter how much we reduce our carbon dioxide output, the surging waters will arrive on our doorstep.

Transitioning to green energy and investing in carbon sequestration technology isn’t the only way governments can reckon with a changing climate. The focus on these initiatives should not detract from equally important adaptation policies, which seek to reduce human vulnerability to the effects of climate change and adjust preexisting structures to better tolerate extreme weather and heat. Localized efforts to address global warming through adapting urban infrastructure often receive less attention than national pledges to mitigate emissions, such as President Joe Biden’s call to achieve 100% clean electricity by 2035. But these localized efforts are just as central to effective and sustainable climate policy. We have to prepare for the changes that are certain to come in addition to the ones we’re already experiencing.

Adaptation can occur at the national level, but the most impactful policies are often local. For coastal cities like Providence that are especially vulnerable to storm surges and flooding, adaptation is crucial. Local initiatives such as the Providence Resilience Partnership, of which Brown is a founding member, look to improve the strength of flood barriers and expand preexisting green spaces in the city to better absorb hotter temperatures and prepare for potential flooding from climate change. Adaptive projects are also important for developing an equitable climate response through task forces focused on racial and environmental justice and engagement with local communities and businesses.

The rhetoric many lawmakers and activists use to talk about climate change is one of prevention — of avoiding the worst possible scenarios rather than accepting the harm that has already been done. And I’ll admit that there’s something that feels hard to swallow about the premise of adaptation policy. Maybe that’s because it seems a bit defeatist, like sheltering from the problem rather than fighting it. But adaptation is not a replacement for continued mitigation efforts. Rather, it’s the responsibility of our leaders and local communities to plan for the future and fight for a greener economy while concurrently building systems that are more capable of supporting us through the inevitable changes to come. An adaptive mindset doesn’t imply a lack of conviction, but rather a capacity for optimism and resilience. COVID-19 has at least shown us that we can coexist with disaster simply because we have no other option. While the long-term future of climate change and its impacts on natural and human-made systems will continue to depend on the mitigation goals and actions taken by governments across the globe, we must also gather the strength to meet the present moment, to look a rising sea in the eye and find ways to live alongside it. 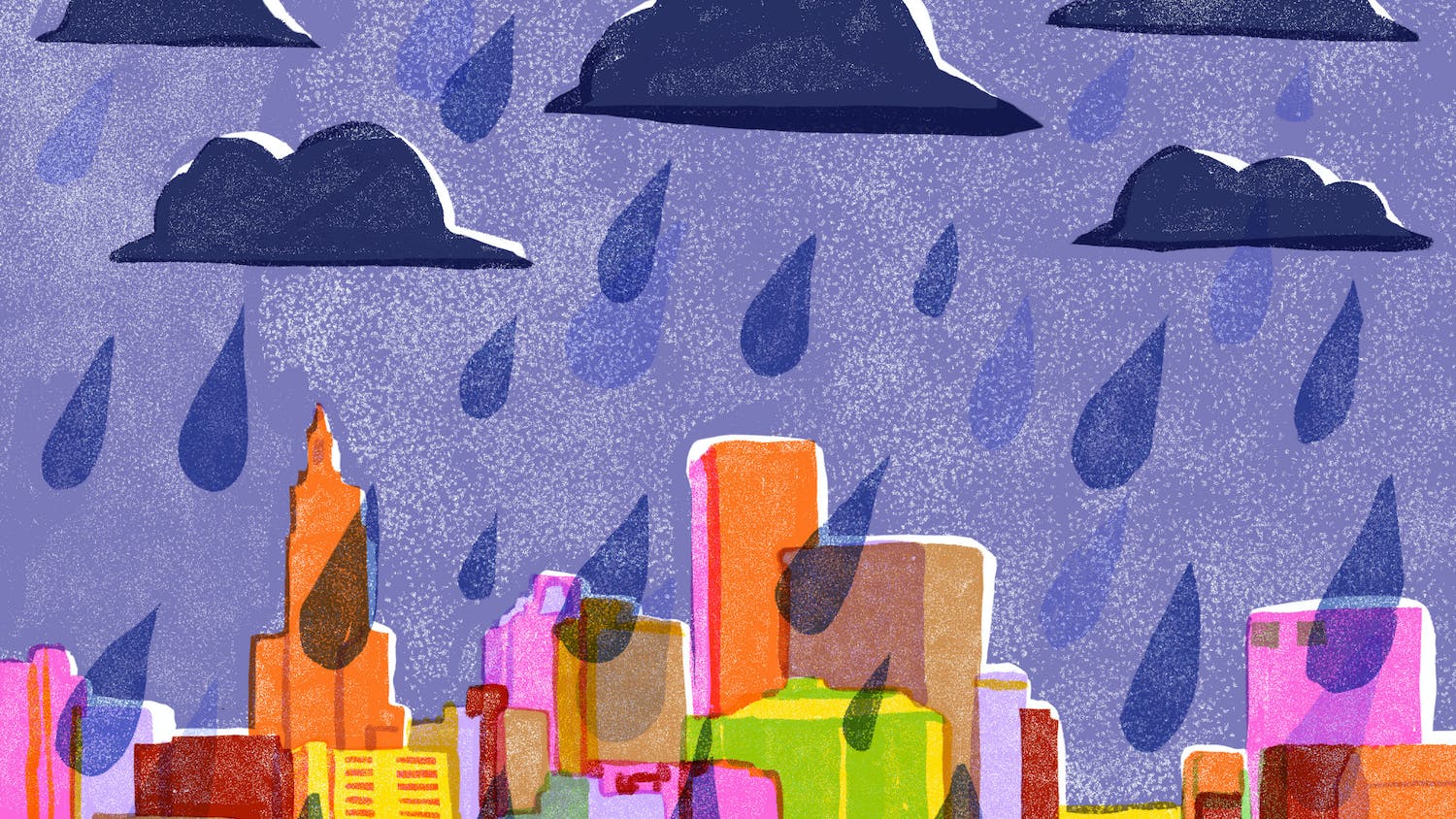 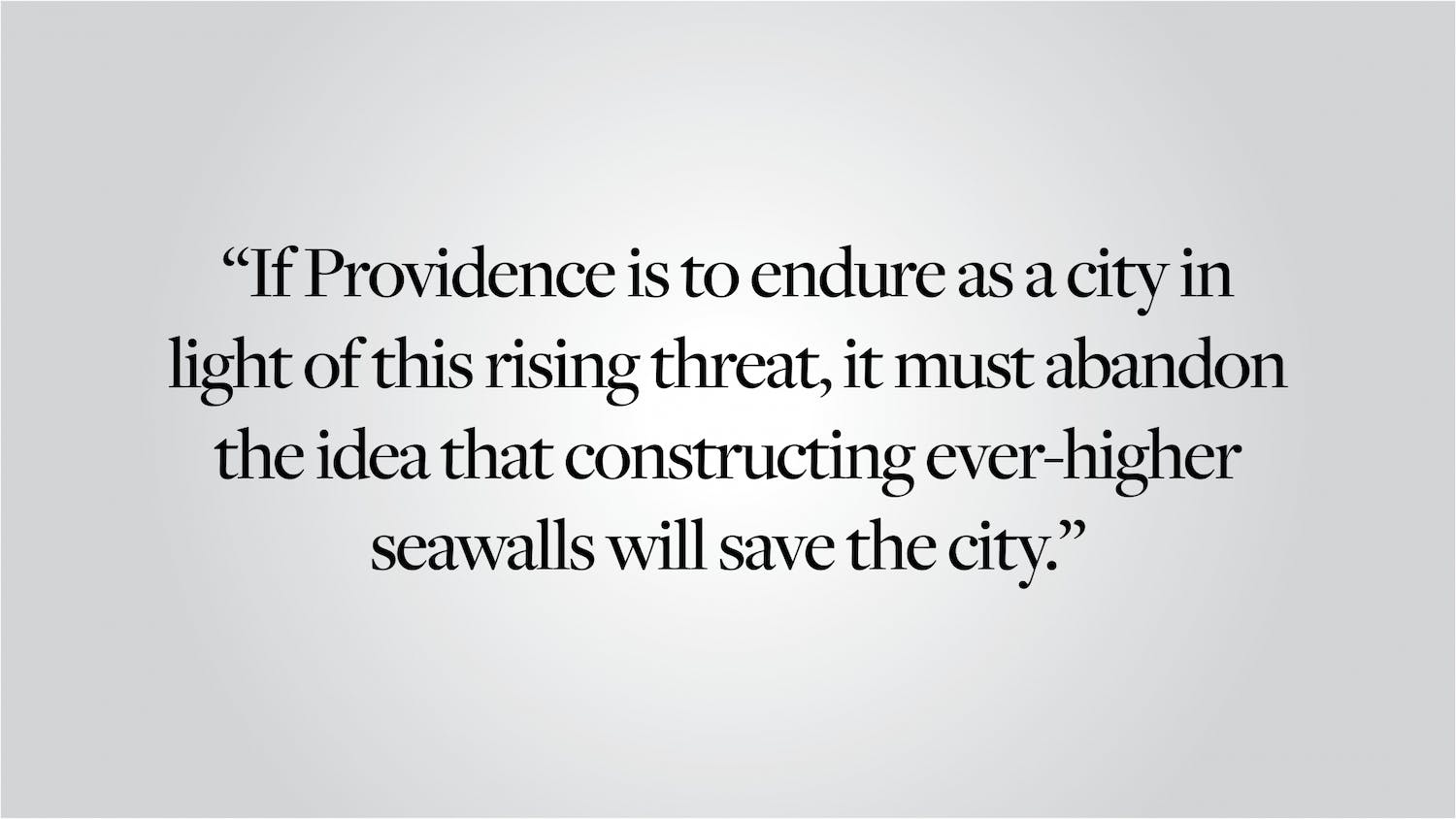