“The eighties were the best time to be alive,” my dad always tells me.

He’s a teacher on the cusp of 50 who shoots hoops in his driveway daily like he’s still 17. When we first moved to my hometown, my dad got a mohawk and made a scene. But then the mohawk grew out and the talk died down, and he became known as that driveway basketball man from the house on the corner.

Forget Reaganism. And the AIDS crisis. The crack epidemic. The eighties were the best time to be alive.

We’ve all heard parents go on these tangents before. “Well, back in my day…,” and so on. I imagine my dad will one day become known as the old man shaking his fist in the air, rambling on and on about his childhood and the glory days. It’s nothing new, I guess. That’s nostalgia for you. And it’s no secret that we live in an era filled with it.

But my dad really believes that the 1980s were the best time to be alive. It’s like a religion he practices. For him, those years aren’t just a decade dipped in rainbows and sunshine. The music, the fashion, the vibes—they’re a way of life. And above all else are the movies.

He’s definitely a cinephile, and I can tell you firsthand that when you’re raised in the house of a movie buff, family movie night becomes the ultimate form of bonding. (But God forbid your phone lights up. You better pay attention.)

He’s shown me many of the greats. 2001: A Space Odyssey. Goodfellas. Taxi Driver. The Graduate. A colorful range of films—some not quite so good, some much more niche than others.

But more than anything, my dad loves the movies of his favorite decade.

“Tonight we’re going to watch a Christmas movie,” he once told us on some innocent December night in fourth grade or so. “The greatest Christmas movie of all time.”

My mom gave him a look.

The movie was Die Hard. You know, the one where action star Bruce Willis takes down a group of German terrorists led by Alan Rickman in order to save his wife and other hostages held in an office building.

It became our yearly tradition. Die Hard on Christmas.

Of course, my dad also made sure I got the quintessential Star Wars experience, that we saw all the Back to the Future movies, as well as The Terminator, The Goonies, Ghostbusters, The Breakfast Club, The Raiders of the Lost Ark. All of which he considered basic education.

Other movies we’ve seen together aren’t quite as well-circulated in the contemporary sphere.

And lastly, The Night of the Comet, a cult classic imbuing a weird blend of horror and comedy and sci-fi all at once into an apocalyptic, action-packed, feminist banger of a film. That one just screams '80s to me.

My dad said you could tell this specific movie was from the '80s––not just for the obvious reasons (you know, the hairstyles, clothing, lingo, clueless parents, and whatnot)—but also for a few key plot points. The government can’t be trusted, consumerism and excess find their way on screen (think: deserted shopping mall), and a lot of real and tragic events take place. Senseless deaths that come from nowhere. Unnecessary violence. A strange extraterrestrial infection that either turns everyone into potential zombie-like creatures or… simply obliterates them to dust. But then it all ends on a strangely hopeful note. The world is a clean slate where the youth begin anew. And, at the end of the day, viewers are reminded of one simple thing: people have to look out for each other.

That’s what '80s movies mean. Optimism in the face of death. The persistence of hope. Good will prevail.

And no, not in a cheap, Disney-like, let’s-always-have-a-happy-ending type of way—but in a way that feels earnest, even at the corniest of moments. Critical without being cynical.

This is why my dad is convinced Die Hard so accurately captures the Christmas spirit.

And maybe that long list of movie titles means absolutely nothing to you. That would be understandable. But there’s something about the '80s that keeps us coming back. Not just me and my dad, but cinema as a whole.

Reboots, revivals, remakes—whatever you like to call them—are running rampant. Many old-school favorites want to prolong their former glory, revamping our childhood experiences to make an easy buck. Nostalgia has become a business.

Something about it often feels so painfully inauthentic, so offensively cash-grabby. Especially when it comes to franchises that should have died long ago. It’s been a long time since we got a solid Terminator movie, and was there really any need for more Star Wars movies? Was it a requirement to kill off Han Solo on top of that? We can’t help but feel like some of our holiest memories have been desecrated by Hollywood’s pervasive nostalgia-peddling—the unrelenting urgency to package our wistfulness, mark up the price, and present it with a shiny bow.

Nonetheless, we eat it all up. Consume it voraciously.

In many ways, we need it. To reminisce is to escape. There’s nothing like the good old days, after all.

The '80s may have had Reagan, AIDS, and the crack epidemic. But today we have Trump, an ongoing deadly pandemic, a global supply chain shortage, mass unemployment to a labor supply shortage all in a span of two years, the climate crisis, war, and now inflation that’s actually nearing the same exact heights as our good old decade, the '80s.

So where’s our hope? Is there any promise that good will prevail?

Nostalgia is our escape, a temporary reprieve from the horrors of reality, serving as a bandaid over a deep, deep wound. And so we consume, consume, consume. Enter another time, another life. Embraced by the warmth of our childhood and all the things we loved back then, what’s old becomes new again.

Mark Twain once said, “There is no such thing as a new idea.” Maybe Hollywood crams nostalgia down our throats because they’re all out of ideas. Remakes leave cinema at a stasis.

It’s like what they said in the new Scream reboot movie. You can’t make sequels. You have to make requels.

Nonetheless, the allure of movies from the 1980s remains eternal for a reason. They have a certain timelessness to them, a charm that just makes them worth coming back to. Sure, they might be over the top, some of them might even be ridiculous. But '80s movies are always, always earnest. Genuine, true, and hopeful. A little more of what we need to see these days.

And while I wouldn't necessarily recommend cutting a mohawk and forever touting the good old days like my dad, I do think they offer a lot to take inspiration from. A philosophy, if you will.

So do it: Run up the steps like Rocky Balboa. Take the day off like Ferris Bueller. Dance and sing alone, clothed with nothing except for sunglasses and a shirt like Tom Cruise in Risky Business. Break down social barriers, rebel against the administration, and make the most of detention like in The Breakfast Club. Forget being jaded, edgy, or cool. Irony is overrated and cynicism is toxic. Instead, keep up the attitude that good will always triumph over evil. Even against insurmountable odds, or what might feel like a losing battle.

Get out there and live your life like an '80s movie. 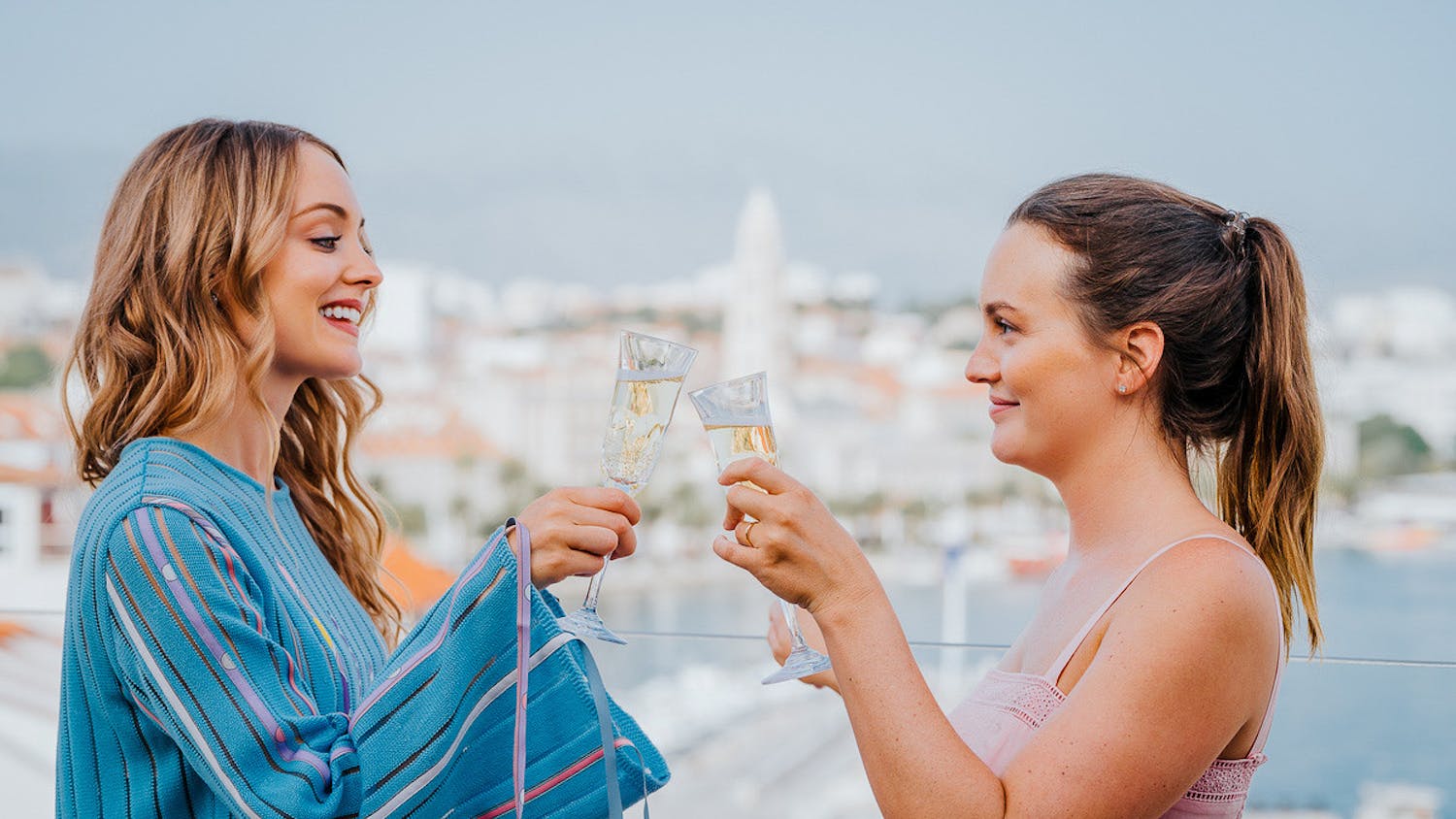 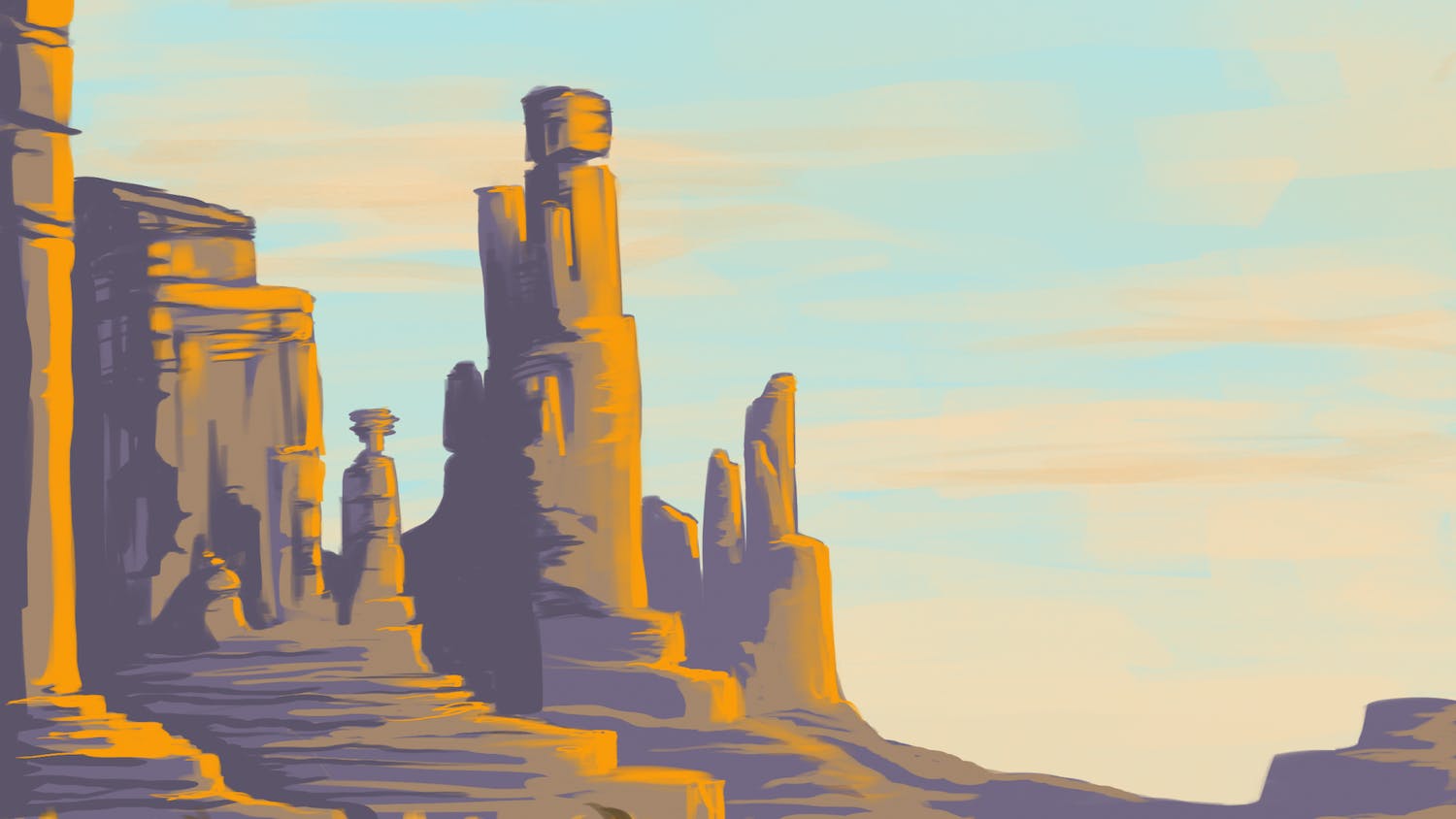