The University and a defendant identified by the pseudonym Jane Roe face charges of anti-transgender discrimination against student Lois Lane, who is also identified using a pseudonym in the suit, according to court filings filed March 2 in the U.S. District Court for the District of Rhode Island. The lawsuit also alleges that the University failed to follow Title IX procedures.

The court filing also claims that “Brown has unlawfully discriminated against (Lane) based on their being a transgender female and has shown a deliberate indifference to Jane Roe’s gender-based harassment.”

The lawsuit alleges that the actions constituting discrimination include assigning Lane to an all-male dorm, making and then withdrawing demands, issuing a one-way no-contact order against Lane, delaying investigation of the Title IX complaint for five months and having a dean recommend that Lane step down from student organizations due to the investigation.

“We strongly dispute the plaintiff’s allegations in Lane v. Brown and Roe and will present the facts and our arguments as the judicial process continues,” University Spokesperson Brian Clark wrote in an email to The Herald. “The University is committed to establishing and maintaining an environment free from discrimination based on a person’s gender identity or any other characteristic protected under law.”

A timeline outlined in the court filing states that Roe filed an informal complaint against Lane with the University’s Title IX Office in Fall 2020 about a Feb. 15, 2020 sexual encounter, which Lane claims was consensual. Lane was notified of the complaint Jan. 31, 2021.

Correspondence from the Title IX Office to Lane indicated that while the informal complaint alleged prohibited conduct, Roe did not want Brown to take any action against Lane.

The lawsuit also alleges that when Roe and Lane were each independently pledging Zeta Delta Xi in Fall 2020, a member of the co-educational fraternity told Lane that they were aware of the incident and demanded an immediate response, prompting Lane to withdraw from pledging.

Throughout fall 2020, Lane and Roe lived in separate suites in the same building. In January 2021, the University assigned Lane to a suite of four male-identifying students, despite Lane having requested gender-neutral housing before their first year in 2019.

Following a request by Lane, the University assigned them to a different residence hall, but then issued Lane “an immediate housing change as an interim support measure” of the informal Title IX complaint by Roe. The University later withdrew this housing change.

A Feb. 2, 2021 Title IX Office email to Lane wrote that the office was aware that Lane believed “this (informal complaint) is a part of ongoing harassment and transphobia by the reporting party,” and a Feb. 3, 2021 email from Lane reiterated their views that Roe’s actions were “harassment and manipulation.”

The court filing claims that Brown has not taken into consideration, investigated or addressed Lane’s claims of harassment.

The Title IX office removed the no-contact order Feb. 11, 2021 “at the request of the initiator,” and Lane had no further communication with Roe or the office until September 2021, when Roe filed a formal Title IX complaint accusing Lane of sexual assault.

Lane claims that transphobia motivated the complaint, as Roe made comments “discounting transgender people as valid partners, especially in lesbian relationships, and invoking religious principles to explain why people cannot be transgender or they would be punished in some divine way,” according to the court filing.

The Title IX Office issued a second no-contact order Sept. 23, 2021, which only applied to Lane.

The Title IX Office informed Lane that a third-party investigator had been appointed to the complaint Sept. 27, 2021.

On Feb. 15, Brown sent Lane Roe’s informal resolution. The email from De Los Santos, which is included in the court filing, laid out requests that Lane “drop out of Brown completely by the end of the month,” “withdraw from organized student groups like Tech House,” “not have any entry of any Brown building after leaving until 2026” and “listen to (Roe’s) restorative justice victim impact statement in person.”

The filing claims that this response was retaliation, which the University prohibits, and that Brown “should have recognized Jane Roe’s proposed terms as retaliatory and only conveyed to (Lane) that an informal resolution would require (Lane) to leave Brown.” Following this communication, Lane dropped out of the informal resolution process.

Lane received a message from an officer of the Technology House, in which Lane was involved, that Zeta Delta Xi had informed Tech House of an ongoing Title IX investigation against Lane. Tech House had met with a dean, who advised the group to ask Lane to step down until the investigation ended.

The filing claims that because both Lane’s involvement in Tech House and the complaint were mostly private, “Roe disclosed or caused the disclosure to Technology House (of) the ongoing Title IX investigation to further harass (Lane).”

Lane sent Brown a letter detailing “continued harassment” by Roe and demanding action by the University Feb. 24. Claiming in the court filing that “Brown’s campus has become a dangerous place,” Lane moved to off-campus housing Feb. 26.

Brown has a Title IX Procedure for “offenses involving relationship or dating violence, sexual assault or sexual harassment” and a Non-Title IX procedure for “prohibited student conduct involving non-sexual offenses such as cheating, drugs, theft, misrepresentation or alcohol,” according to the court filing.

When Lane matriculated in Fall 2019, Brown’s Title IX Procedure stated that “parties may submit a written statement to be considered by the hearing panel.” Lane received copies of this procedure during orientation and “has not received any notice from Brown as to any proposed modification to those procedures,” but Brown did not allow Lane to submit a written statement during the Title IX proceedings.

Instead, Brown sent Lane a written notice of formal complaint that the University would use its 2021 Non-Title IX Procedure — which the University adopted in response to the Department of Education’s 2020 Title IX changes — to resolve the allegations. Under the 2021 procedure, Lane may instead make a seven-minute verbal statement to the hearing panel.

Lane contends that the alleged conduct outlined by Roe would fall under the Title IX Procedure, both before and after the Department of Education narrowed the definition of “sexual harassment” and Title IX’s jurisdictional scope. Additionally, the filing argues that students have “reasonable expectation under contract law as to specific promises Brown made to them in its student misconduct procedures.”

Lane attended a meeting about Brown’s choice of procedure Jan. 24, but “left the meeting with no better understanding of Brown’s rationale for insisting on following a non-Title IX procedure that was not in effect when (Lane) matriculated.”

A Sept. 27, 2021 email statement from Brown to Lane wrote that complainants “may ask for an extension to a deadline or to pause the investigation. Pauses and/or (extensions) are only provided for good cause and are normally a three- to five-day extension.”

Lane emailed Brown Feb. 15 to request “a reliable timeline for whatever remains to bring this matter to a conclusion.” The investigator wrote that they would “reach back out to the parties to schedule final interviews in the next couple of weeks” in a Feb. 21 email to Lane.

“The 2019 Title IX Procedure constitutes a binding contract between (Lane) and Brown that requires Brown to afford (Lane), in connection with the Formal Complaint, the right (i) to a fair and prompt investigation and hearing process, and (ii) to submit a written statement to a hearing panel in advance of any hearing,” the filing contends.

Brown breached this contract by delaying the investigation and hearing process without justification and refusing to allow Lane to submit a written statement to the hearing panel, the filing continues.

The filing also claims that Lane has been “the victim of severe, pervasive and objectively offensive sexual harassment and gender-based discrimination” that caused them “to be deprived of educational opportunities and benefits.”

“Brown’s lack of a response to the gender-based discrimination and harassment,” according to the filing, “denied (Lane) access to a safe and secure educational environment in violation of Title IX,” causing “irreparable harm.”

“Brown addresses sexual misconduct complaints in a prompt, impartial and unbiased manner that is grounded in fairness and support to both complainants and respondents,” Clark wrote. “This is the case irrespective of the gender identity of any party.”

The lawsuit also accuses Roe of defamation, inflicting emotional distress and invading the right to privacy, according to the filing.

“Roe made false and disparaging statements about (Lane) to third parties” that amount to defamation, “including but not limited to the statement that (Lane) sexually assaulted her on February 15, 2020,” the filing continues.

The filing considers these statements “disgraceful, humiliating and degrading” and “injurious to (Lane’s) reputation in the social and college community,” causing “substantial damages and harm,” the filing reads.

As injunctive relief, the suit requests that the court issue a temporary restraining order and order the University to cease its investigation without taking disciplinary action. Alternatively, the University can complete the complaint investigation following its 2019 Title IX procedure without discriminating or retaliating against Lane for being transgender or pursuing their rights, according to the filing.

The lawsuit also requests relief through compensatory damages of at least $75,000, reasonable attorneys’ fees, punitive damages and “such other and further relief as the Court deems just and proper.”

Lane’s attorneys did not respond to requests for comment by time of publication. 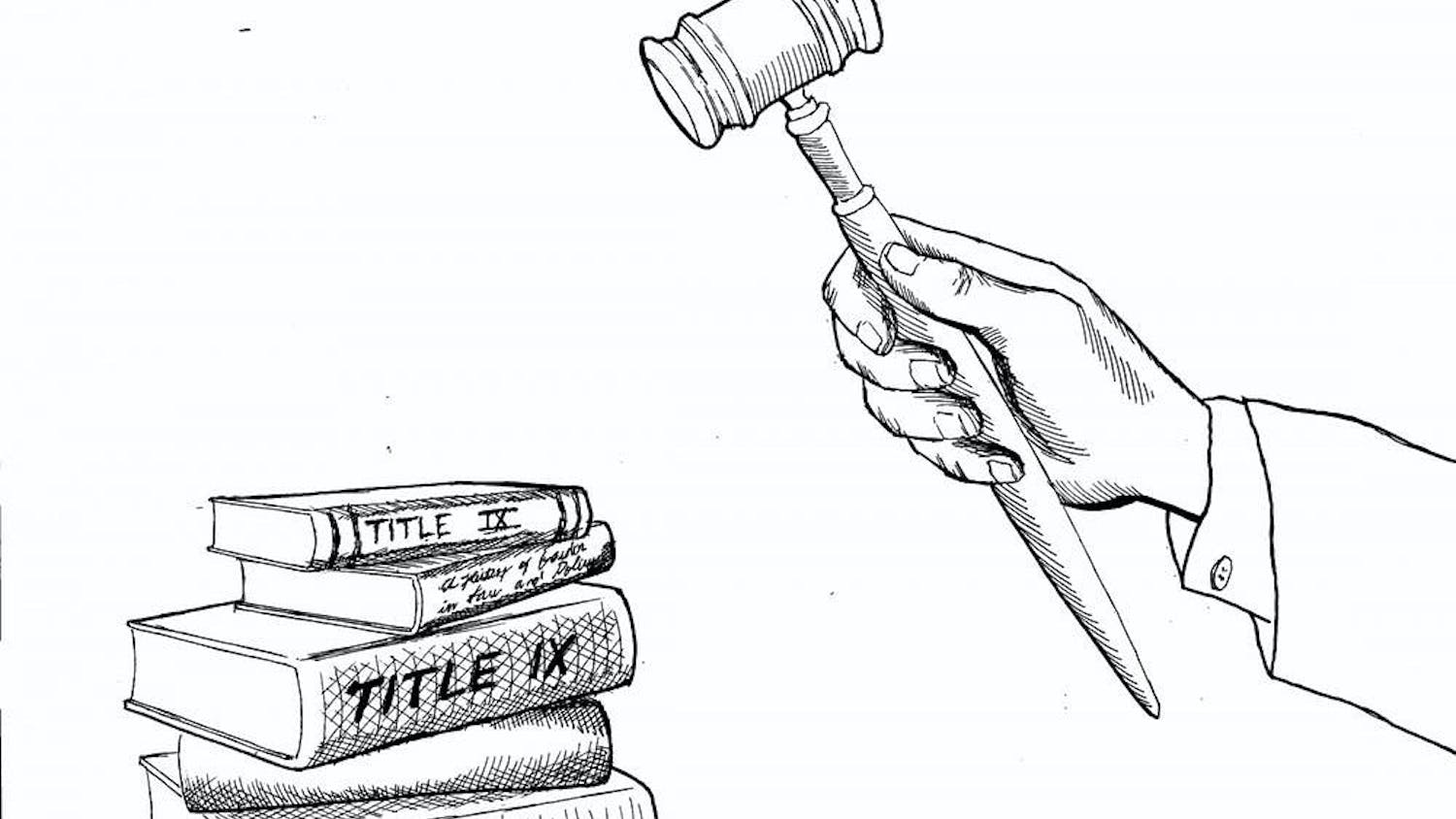 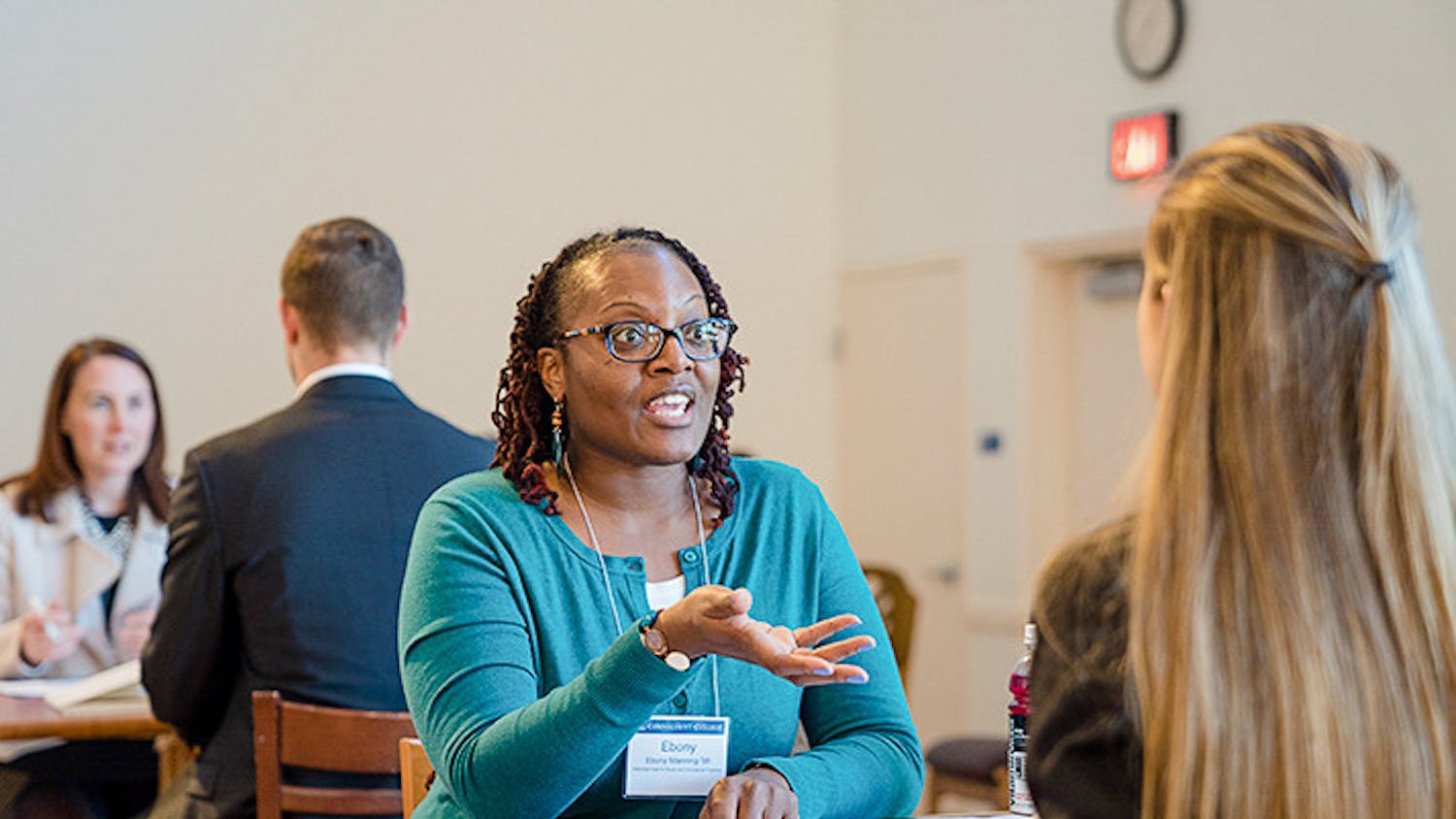