The baseball team (6-17, 2-7 Ivy League) hosted Columbia (14-13, 7-2 Ivy League) in a three-game series sweep. The Bears were unable to secure a win as they struggled to respond to late-inning surges from the heavy bats of the Lions. A big six-run rally in the ninth inning of game one helped propel Columbia to a doubleheader sweep on Saturday afternoon, allowing the Lions to take the first game of the weekend by a final score of 10-8. During game two, Columbia scored nine runs over the final three innings to pull away for a 15-5 win. Sunday’s series finale followed suit, with the Lions using a six-run rally in the late innings to come from behind and stun Brown after Bruno held the lead for the majority of the game.

Despite the weekend’s underwhelming showing, Head Coach Grant Achilles believes the team has room for improvement and that there is much more the Bears have to offer as they continue league play. “Our work is important and is reflected on the production on the field,” said Achilles. “When we play like we are capable of, then we’re a good team. We just haven’t put together a complete game on a consistent basis.”

In the first game of the series, Brown fell to Columbia after the Lions jumped ahead in the top of the second inning. The Lions plated three runs on three hits, including a two-run infield single up the middle. Bobby Olsen ’23 started on the mound and pitched six innings, allowing three runs on six hits. The Bears responded in the bottom of the second inning with a single from second baseman Reece Rappoli ’24 and a walk from third baseman Charles Crawford ’24. Jacob Burley ’23 was able to load the bases after drawing a four-pitch walk, setting up a Gunner Boree ’25 grand slam that put Brown in front 4-3.

In the bottom of the fifth, the Bears were able to capitalize on a single and a defensive error from the Lions to get two men on base. First baseman Ryan Marra ’23 jumped on the first pitch of his at-bat to send the ball over the left-field fence for a three-run home run to push the Bears ahead 7-3.

Columbia got one run back following a leadoff double and ground ball in the top of the seventh, cutting the deficit to 7-4. Boree answered back with another home run of his own in the bottom of the seventh, making it an 8-4 ballgame and earning Boree his first career multi-home run game. Down to their final three outs in the ninth inning, the Lions erupted for six runs on six hits, with a pair of doubles and a triple helping to produce five of the runs. After Columbia’s ninth-inning outburst, Brown was unable to push a run home of its own, falling to the Lions by a score of 10-8.

For the second straight game, the Lions jumped in front of the Bears with three quick runs in the first inning off three hits, including a two-run home run. Brown was able to earn a point thanks to the efforts of Jackson Hipp ’22, who drew a walk with the bases loaded. Columbia’s dominance continued as they added two more runs on three hits in the top of the second, capitalizing off a Brown error to increase their lead to 5-1.

The Bears remained in the game and earned a run back in the bottom of the second when center fielder Derian Morphew ’23 hit his second home run of the season.

“I made some adjustments last week that (Achilles) helped me with,” Morphew said. “I have had better eyesight at the plate and it definitely paid off this week. I think as we keep making adjustments as a team then it’ll be a good overall series ahead.”

The Bears continued to carry their momentum into the bottom of the fifth when Ray Sass ’23 led the inning off with a single, followed by a Crawford double off the bottom of the wall in center field to score Sass from first to make it 5-3. Both teams then traded runs in the sixth inning, with Columbia plating an unearned run with a two-out single and Brown adding one on a ground ball, making it 6-4 after six. The Lions once again put pressure on the Bears in the late innings, plating nine runs over the final three frames, including six in the eighth inning to help pull away to the 15-5 final. Brown did get one run back in the bottom of the ninth with a last-chance effort off a leadoff double by Marra and an RBI single from Sass, but Bruno’s deficit was too large to overcome.

Columbia completed the series sweep after a late inning comeback on Sunday. Before the Lions could rally back and secure the win, starter Zach Fogell ’22 dominated on the mound for the Bears, tying his career high of six strikeouts over six innings, allowing only four hits and one earned run.

Fogell’s only run was an early solo home run that helped Columbia jump ahead in the top of the first. Brown responded right away in the bottom of the frame with a solo home run by Marra to tie the game.

The Bears took the lead in the bottom of the fifth with the help of some two-out magic.  A Marra single brought Nathan Brasher ’25 home and a Crawford single scored two more runs, extending Bruno’s lead to 4-1. However, it wasn’t long before Columbia started yet another comeback with a leadoff double and two-out triple off the Brown bullpen in the top of the seventh to cut the deficit to 4-2.

For the third straight game, Columbia used a six-run inning to take the lead late, this time off six hits, including a three-run home run, to storm back and take an 8-4 lead in the eighth. The Lions added three more in the ninth on a double and another two-run homer. Brown got two runs back, one in the eighth and one in the ninth innings. Boree hit a sacrifice fly in the eighth and Jared Johnson ’25 launched his first career home run to right field while pinch-hitting for Brasher, who went out due to injury in the ninth, but Bruno was unable to mount a comeback. The Bears fell to the Lions 11-6, unable to steal the series finale.

“When watching (Olsen) and Tobey (McDonough ’23) yesterday, I had a plan today to execute the off-speed off the fastball and it worked,” said Fogell. “We gotta turn it around from this point. We are way better than the record shows and everyone on this team knows it. We just gotta play like it and stop letting things get carried away.”

Brown will play its final non-league game of the season on Tuesday, April 12 when the team takes on University of Rhode Island at 3:45 p.m. 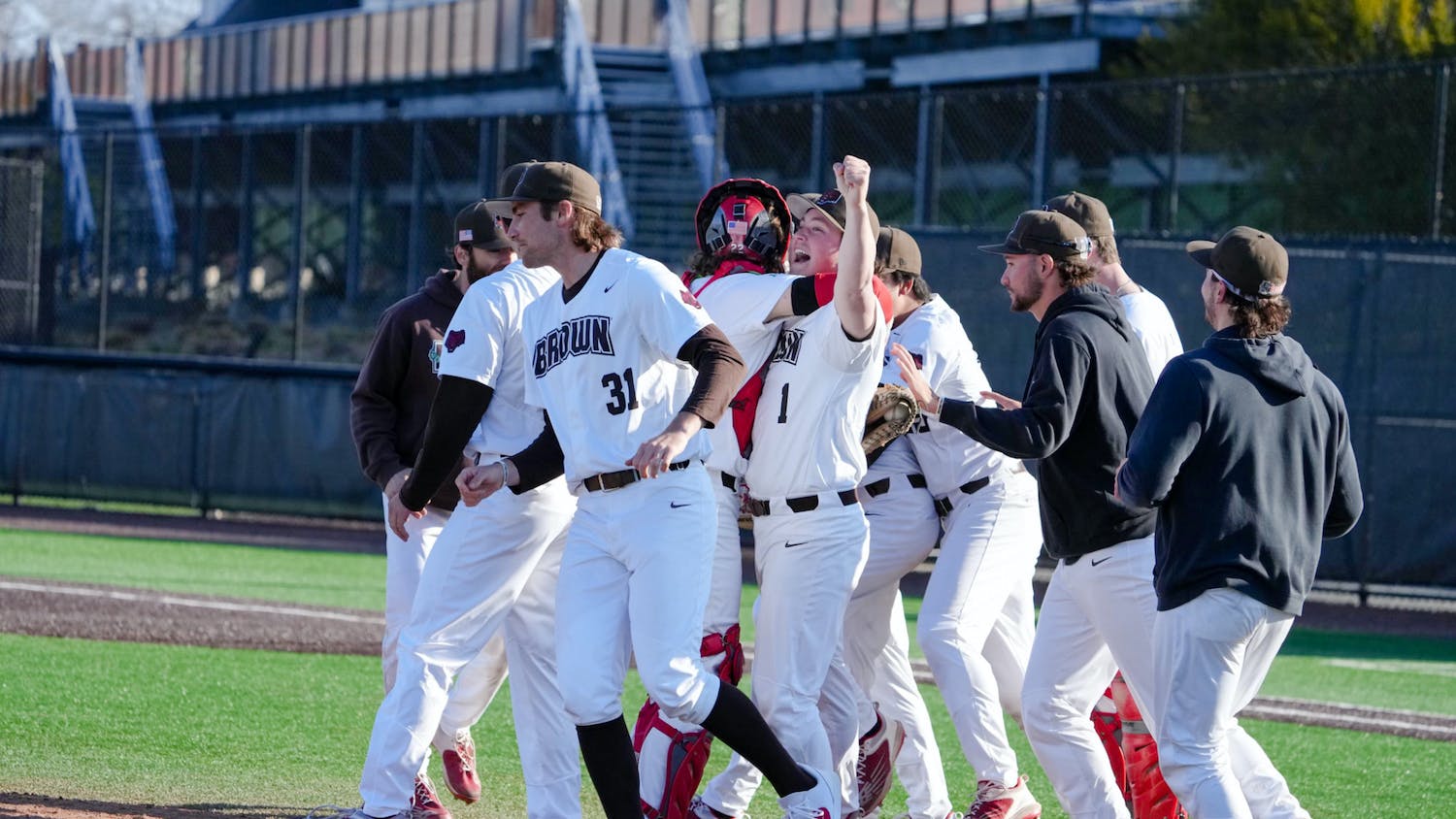 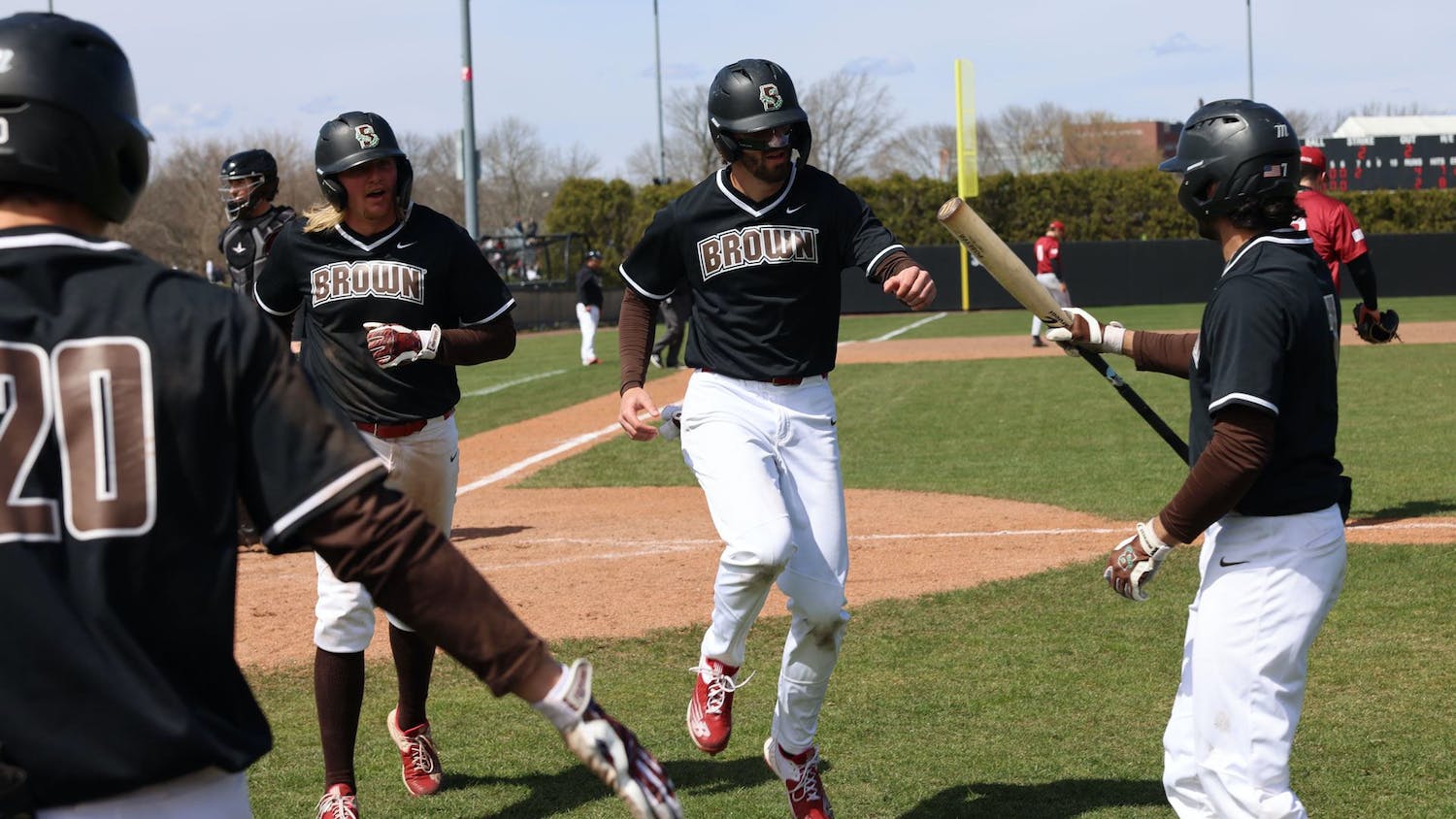 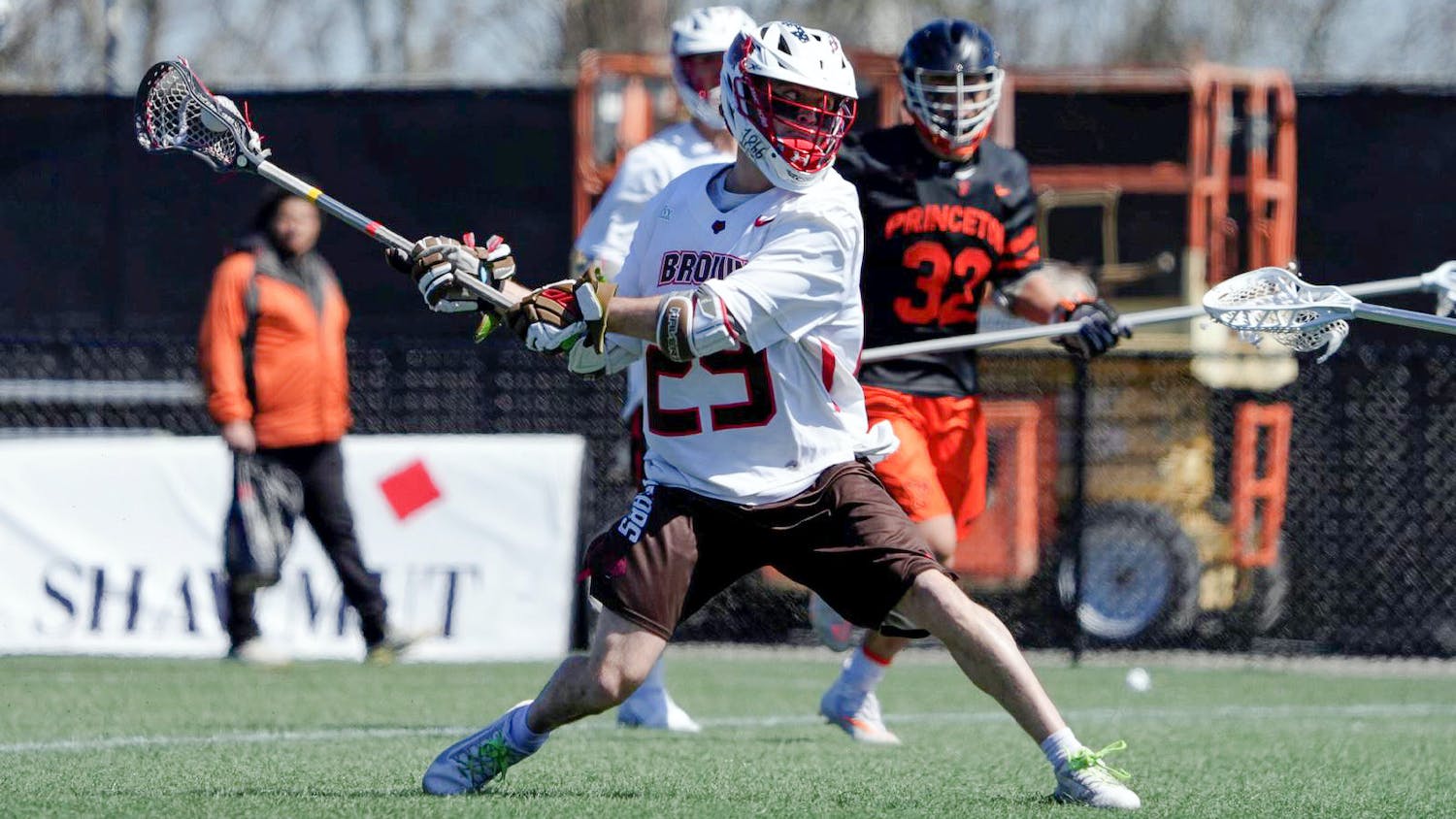