Sounds@Brown — a student-run organization that aims to showcase student artists and their work — centers on live performances and connection, cultivating artistic expression while fostering musical community across campus.

“We’ve been able to showcase so many people … and I feel like we’re kind of just one of the ways in which they can really get to show off their work and also have fun,” said Eric Ma ’25, a board member of Sounds@Brown. “It’s fun to have the Brown community come together and listen to something.”

Simon-Seay and her accompanying band kicked off Saturday’s show with an original piece titled “i’m not her,” which she released over a year ago. The performance featured Ian Hajra ’26 on the keys, guitarist Julien Deculus ’25, bass player J.D. Gorman ’26, drummer Lucas Lieberman ’25 and background vocalists Herald Senior Staff Writer Linus Lawrence ’25, Makayla McPherson ’24 and Ria Panjwani ’23.5.

Chigo Manu ’26, one of Saturday’s attendees, was excited to see Daiela and other student artists perform live. He described the showcased groups as “phenomenal” and “engaging.”

“There was nothing that I felt was lacking. They hit every single point, every note … The energy was lit, it was live. It was everything I wanted this Saturday,” said Manu.

Each performer featured throughout the event was required to audition for the show. Ma added that Sounds@Brown handpicked artists based on the event’s “vibes.”

“In this setting … we didn’t want just singer-songwriters or just five-people bands … we wanted to … mix it up. And that’s sort of what we did in this last show. We definitely tried to switch things up,” Ma said.

Cohen, the second vocalist featured during the event, expressed her gratitude in collaborating with Sounds@Brown. She emphasized the crowd’s engaged energy and the overall “fun” experience. Cohen played a combination of covers and original pieces, ending her performance with an untitled song that has yet to be released.

“I was supposed to perform at another one of (Sounds@Brown’s) shows, but then I got COVID. So this was making up for it, which I’m really happy I got to do,” Cohen said.

Jennora Blair ’24 was invited to perform at the event by the collective through her rap songwriting class, seizing the opportunity to experiment with her voice and dive into a new musical medium — she typically sings a capella with Shades of Brown. Blair said she hopes to work with Sounds@Brown again in the upcoming weeks, performing at future events alongside fellow artists.

“It feels very intimate, and I think that’s what I really loved about it, because it felt very communal,” Blair said. “I felt like I was able to just sing my heart out to people and just have fun in a very non-pressured, communal space. I think Sounds@Brown does a really good job with that.”

According to Ma, the Sounds@Brown team aimed to create a “cozy” environment in a “quirkier” venue, decorating the Leung Gallery with fairy lights, handing out multi-colored finger beams and laying out blankets for a more welcoming, relaxed feel.

“We encouraged people to really feel comfortable and just focus on the music and focus on the people there, and just foster that really intimate sort of vibe and community,” Ma said.

Attendee Mikai Spencer ’26 noted his appreciation for the intimate environment, adding that the interactive space allowed for audience members to connect with the groups while they performed. The NOTSODIFFERENT collective encouraged attendees to snap their fingers and stomp their feet as artists performed. Similarly, Simon-Seay and Cohen welcomed audience members to sing along to their pieces.

San Kwon ’25, an attendee who accompanied a friend to the latter half of the show, was taken with the talent of the performers. “It was actually really amazing. There are so many performers that I've never seen before,” Kwon said.

Ari Weingarten ’24, a first-time Sounds@Brown event attendee, said the show and the “inspired” artists showcased in the performances exceeded all of his expectations.

“Now that people are back together, (the music scene) is better than ever,” Weingarten said. “There’s so many talented artists, singers, writers, musicians here that there’s really potential for an incredible music scene like no other. And it’s happening. I see it happening. There’s no ceiling for the music scene here.” 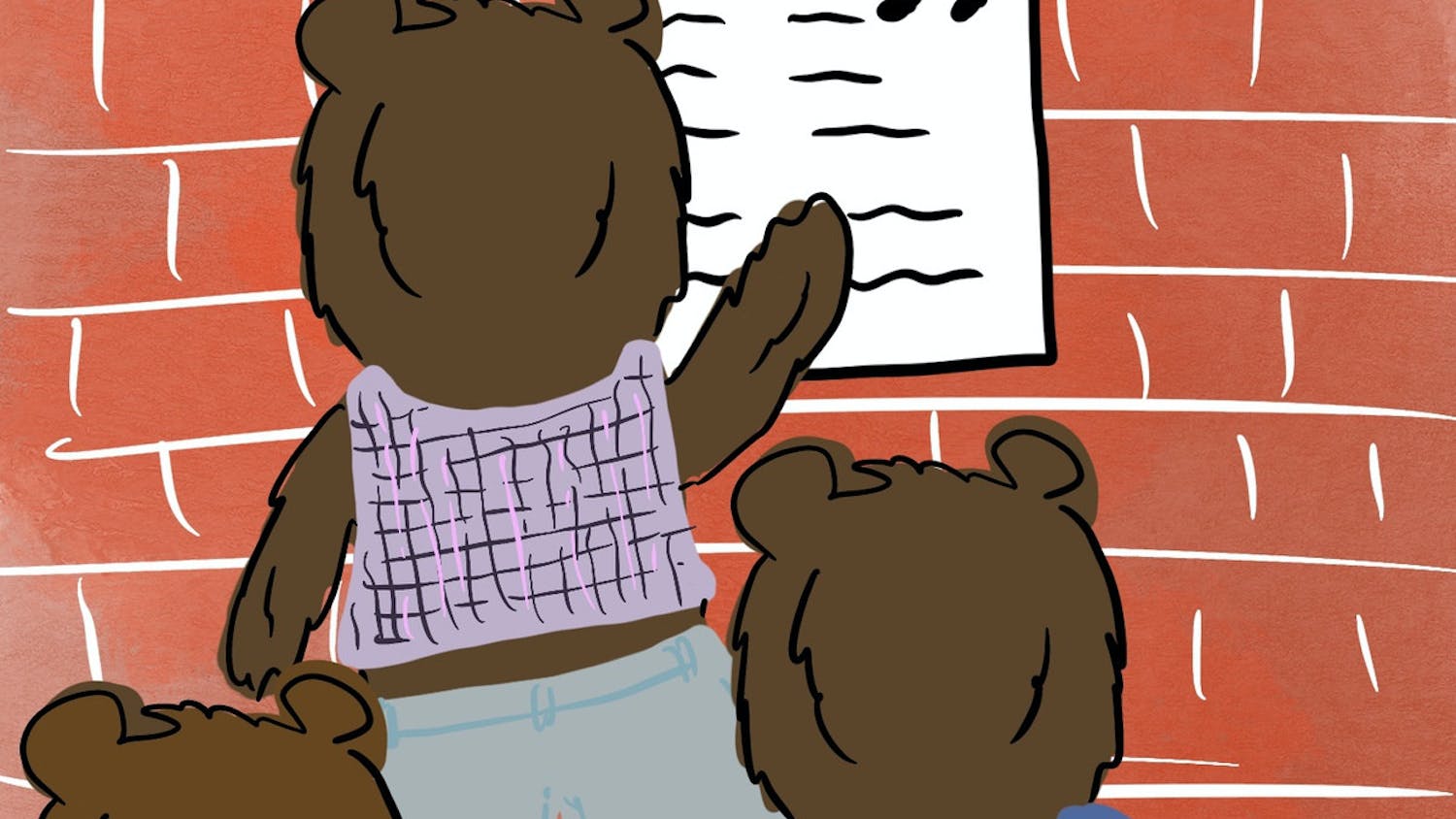