As campaign winds down, alum takes over advancement

King took over for Ronald Vanden Dorpel MA'71, culminating a months-long search that began last September when Vanden Dorpel, who held the position since 2002, announced he would retire once a committee selected his replacement.

The leadership change comes as the University's ambitious Campaign for Academic Enrichment, which launched in 2002 and raised more than $1.5 billion under Vanden Dorpel's direction, heads into its final phase before it is slated to end on December 31.

"When you come off a major campaign, there's always concern that you will lose momentum," said Provost David Kertzer '69 P'95 P'98, who served on the search committee. But Kertzer said King's previous success with the Sports Foundation — and his own status as an alum — places him in a strong position to attract potential donors to Brown's various fundraising opportunities.

"He's someone who already has a lot of contacts and background in that area," Kertzer said. "He'll be very effective as we move to our post-campaign period."

While at Brown, King played varsity hockey and went on to play in the National Hockey League and for other professional hockey teams before becoming an assistant coach for the Brown men's hockey team. In 2005, King was chosen as executive director of the Brown University Sports Fund, where he worked closely with other advancement positions and developed a reputation as an "accomplished and talented" leader, Kertzer said.

"(King) exemplifies the values at Brown that you would hope to see of anyone," said Richard Spies, executive vice president for planning and senior adviser to the president, who led the search committee for Vanden Dorpel's replacement. "This is a really important job for the University at any time and particularly at this moment."

The committee — which formed in September and consisted of Spies, Chancellor Thomas Tisch '76, Vice Chancellor Jerome Vascellaro '74 P'07, Chair of the Corporation Advancement Committee Anita Spivey '74, Executive Vice President for Finance and Administration Beppie Huidekoper, Kertzer and Professor of Classics David Konstan — considered candidates from other universities who held similar positions before limiting the search to people already working at the University. Though it began its search on a national scale, Spies said the committee ultimately deemed King the best candidate to take over for Vanden Dorpel.

"We said it would be a full national search, and it was," Spies said. "Part of what you learn in that (search) is how well people internally compare," Spies said.

King is only the second person after Vanden Dorpel to hold the advancement position, which was created in 2002 and combined the previously separate alumni affairs and development divisions. After Vanden Dorpel took the helm of Brown's fundraising efforts, new gifts and pledges grew from a yearly average of $86 million to $227 million between 2002 and June 2009, though the average is now somewhat deflated after last year's total topped out at $135.3 million, Vanden Dorpel told The Herald last week.

Despite sliding fundraising figures — new gifts and pledges fell almost 25 percent last fiscal year after dropping about 23 percent in the previous fiscal year — the campaign itself has continued to pass significant benchmarks. It surpassed its initial goal of $1.4 billion in May 2009, 19 months before it was set to end and has now raised about $1.52 billion, Vanden Dorpel said. Brown's Annual Fund exceeded its goal of $36 million during the last fiscal year, and the Scholarship Fund — which, due to continued success, raised its goal from $300 million to $400 million — has passed the $300 million mark, he said.

Because of the campaign's success, the ultimate goal is now to raise more than $1.6 billion by the time the campaign ends, King said.

"We feel confident we can get the job done," King said. "We all believe in what we're doing."

Though the economy does present an obstacle for fundraising efforts, King said he would not use the economic climate as an excuse. "Certainly, in this environment, it's challenging," he said. "That doesn't mean we're going to stop asking." 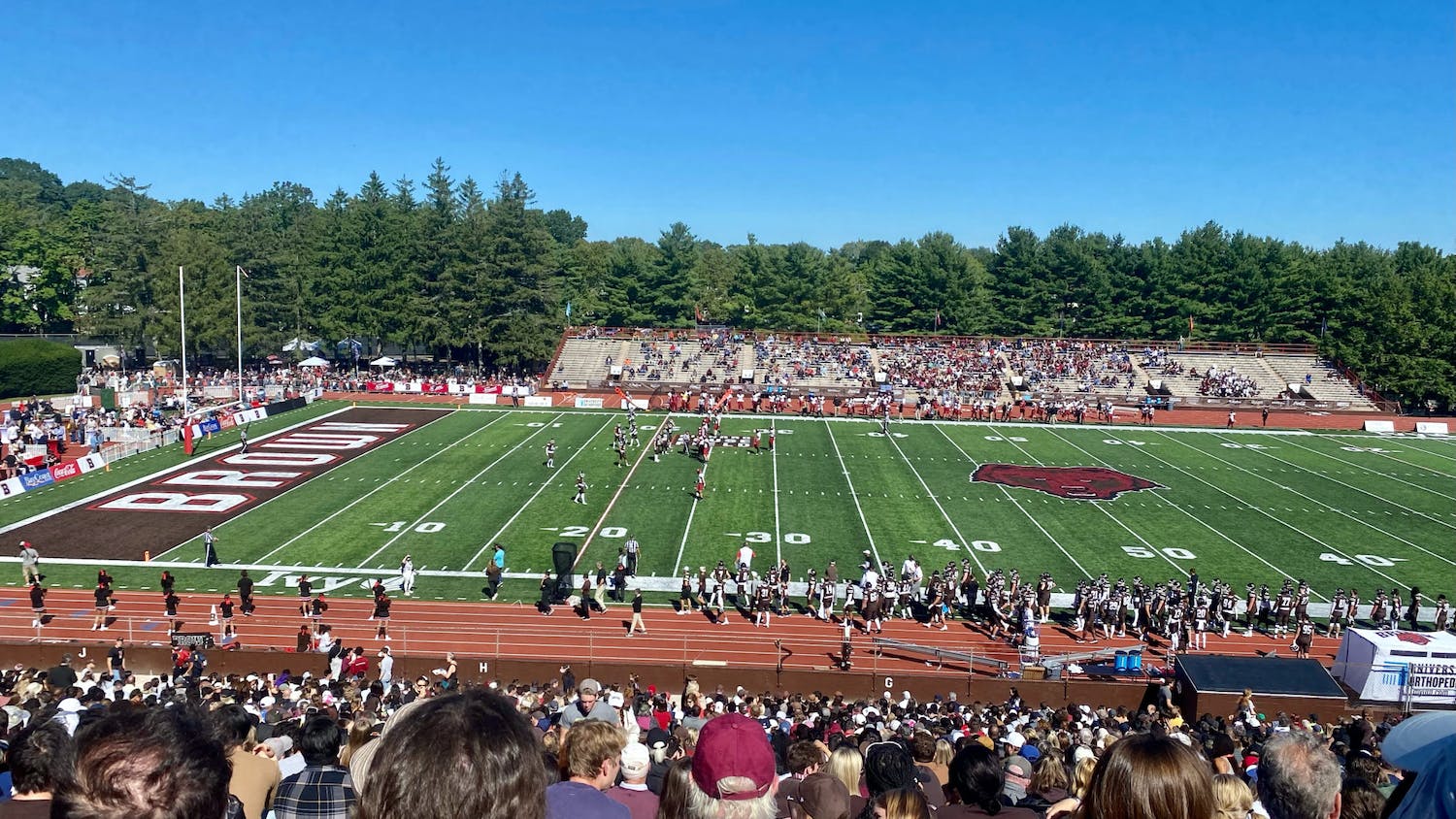