Organizers and supporters of the demonstration against Ray Kelly: Standing for racial justice: A public statement

By Organizers and supporters of the demonstration against ray kelly

We are students who organized and supported the Oct. 29 demonstration against the University’s decision to provide a speaking platform to New York City Police Department Commissioner Raymond Kelly. We continue to stand by our actions and the anti-racist goals that motivated them.

In view of the denunciations we have received from President Christina Paxson, media outlets and other students, we put forth this statement to tell our side of the story on why and how we organized.

First, we organized because students have a right to feel safe at their university. Many Brown students who oppose racial profiling bring their past and continuing experiences of police harassment to the discussion and feel genuinely unsafe around proponents and enactors of these policies. It is unacceptable to invite a speaker to campus who makes students feel threatened or intimidated. Our demonstration was an act of self-defense. We protected our rights to feel safe on the campus we now call home.

We remain unconvinced that this lecture would have permitted a free exchange of ideas. Kelly was invited to deliver a lecture as a part of the the Noah Krieger ’93 Memorial Lecture. The lecture claims to feature individuals who have made “distinguished contributions to public service.” Accordingly, Kelly’s racial profiling policies were framed as “proactive policing,” without so much as a mention of their unconstitutionality.

The event was designed as a lecture to give Kelly the primary voice in the room, guaranteeing that any alternative perspective would be placed in a position of lesser power and authority. In providing Ray Kelly this undisputed speaking platform, the event threatened and silenced the very voices that could have opposed him and highlighted the human toll of racial profiling. It became clear to us that the event could not foster dialogue but instead only implicate the University’s complicity in the legitimization of systemic racist policies that target and criminalize communities of color.

Given the Taubman Center for Public Policy and American Institutions’ reputation and influence in public policy discourse both on a local and national level, the center’s implicit message of condoning violent police practices had repercussions far beyond Brown. In fact, many of our community partners voiced this very concern.

In the end, we decided only collective action would protect the rights of students and the larger Providence community and enable us to participate in discussions from a position of equal power and without fear. Our action was also a part of the larger movement against Ray Kelly’s racist policies. We protested in solidarity with anti-racism organizations both in Providence and New York, including Direct Action for Rights and Equality, Providence Youth Student Movement, People’s Justice and CAAAV: Organizing Asian Communities.

On Thursday Oct. 24, students and Providence community members from DARE and PrYSM came together to express concerns over Ray Kelly’s invitation to campus. We collectively drafted a petition with the demands that (1) the lecture be cancelled, (2) Kelly’s honorarium be donated to organizations working to end racial profiling and police brutality in Providence and New York and (3) Taubman’s decision-making process for inviting speakers be more transparent in the future.

Orr spoke to a group of organizers over speaker phone the next morning and stated that the event was designed to be a lecture and that he was not aware that students were upset that Ray Kelly was invited to campus.

One organizer voiced her concern that Taubman’s event “isn’t a form of debate,” and that “it’s impossible for the person who’s behind oppressive policing tactics to have an equal discussion with the people who are dealing with it on the ground.”

Orr replied that he understood the point that “this structure doesn’t allow a back and forth. It wasn’t really designed for that purpose.” He also mentioned that there would be a meeting on Monday with Margaret Klawunn, vice president for campus life and student services, to talk about the petition. He said that he could not guarantee a spot for the organizers at the meeting but told us to contact Klawunn.

The next day, one organizer was allowed to attend the meeting with Klawunn, Orr and others to discuss the petition. Klawunn and Orr said that the lecture would allot 40 minutes for question-and-answer instead of the previously allotted 15 minutes. They also said a conversation would begin in the Taubman Center about the transparency of its speaker policy but have yet to follow up on this promise.

Despite these concessions, our core concerns about the lecture format and student safety were not met. We were compelled to continue collecting signatures and to send a clear message to Ray Kelly on the day of the lecture that his racist policies would not go unchallenged.

On the night before the lecture, we held a peaceful vigil on the steps of Faunce House in remembrance of victims who have lost their lives to racially motivated incidents of police brutality. During the vigil, Providence residents, members of DARE and Brown students shared their personal experiences with racial profiling.

At this point, the petition had collected over 590 signatures. Organizers and supporters met after the vigil to discuss tactics for Tuesday’s demonstration. Our plan involved the reading of a collective statement and individual testimonies throughout the lecture. During the question-and-answer session, demonstration supporters would share their stories and challenge Ray Kelly with questions. Though our petition had called for the event’s cancellation, our original plan was not to shut down the lecture but to reclaim the power in the lecture hall by giving voice to our stories.

On the day of the lecture, we held a non-violent rally outside List Art Center and handed out informational sheets on racial profiling to people heading into the building. We also performed a reenactment of students’ experiences with racial profiling on Brown’s campus as documented by the 2006 Coalition for Police Accountability and Institutional Transparency. We hoped this would contextualize our organizing in the history of racial justice activism at Brown.

A subset of organizers and supporters entered the lecture as audience members. The first two rows in the auditorium were reserved for “community members,” almost all of whom were white male police officers, including Providence Commissioner of Public Safety Steven M. Pare. After Ray Kelly was introduced, supporters of the demonstration stood up, raised their fists and read the following collective statement: “Asking tough questions is not enough. Brown is complicit. If Brown won’t recognize it, then we must. We stand in solidarity with the Providence anti-racism movement and all those impacted by racial profiling.”

One of us proceeded to stand up and read a personal narrative. Ray Kelly began to speak. Then a community member stood up to read a personal narrative. These staggered testimonies continued for several minutes. When the executive director of DARE stood up to speak, he was approached by a woman who told him to be quiet. Emotions in the room intensified. Comments by both administrators and students caused an escalation of responses. This eventually led Klawunn to cancel the event and ask everyone to leave the auditorium. We stood up to read the collective statement once more before exiting.

In Brown’s history, student voices have been critical in pushing the University to adopt the progressive and open-minded approach to education that it currently boasts. The establishment of the ethnic studies program, the Africana Studies Department, the Third World Center, the Center for the Study of Slavery and Justice, need-blind admission and even the implementation of the Open Curriculum were all results of battles won through student activism and organizing.

This demonstration against racial profiling has similarly pushed against the status quo and sparked conversations on the issue of racism at Brown, in Providence and beyond. We also hope it has forced the administration to reexamine Brown’s complicity in systemic racism. As we move forward, we hope to continue these conversations in ways that hold the University accountable to its students and the wider Providence community.

The authors hope that this account can spark dialogue around racial justice and push Brown to create a safer environment for students, increase transparency and work with the wider Providence community to end racial profiling and police brutality.

The authors’ names have been kept private due to their concerns about possible punishment from the University.

A previous version of this column incorrectly referred to the Committee Against Anti-Asian Violence. In fact, the organization was recently renamed CAAAV: Organizing Asian Communities. The Herald regrets the error. 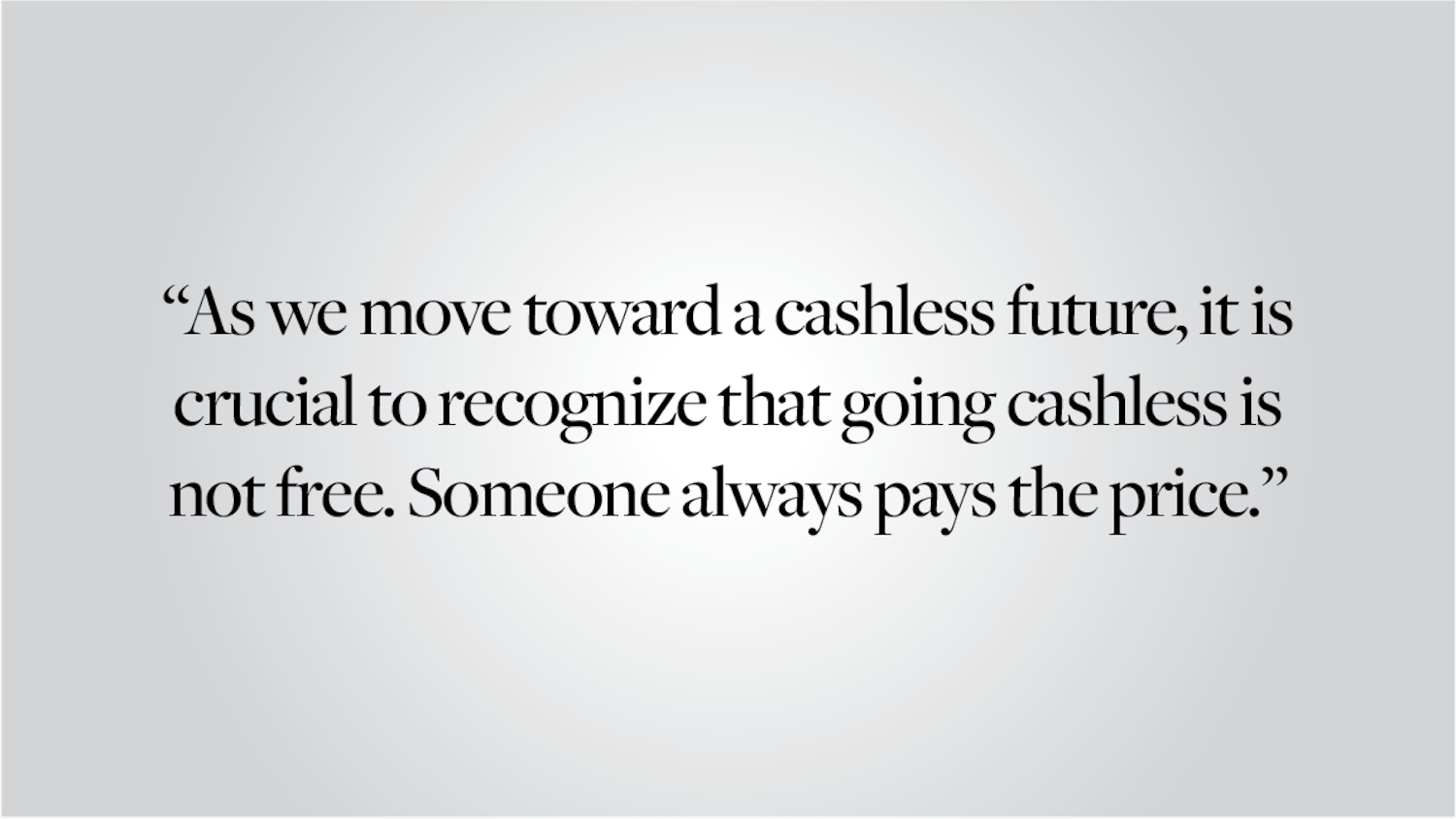 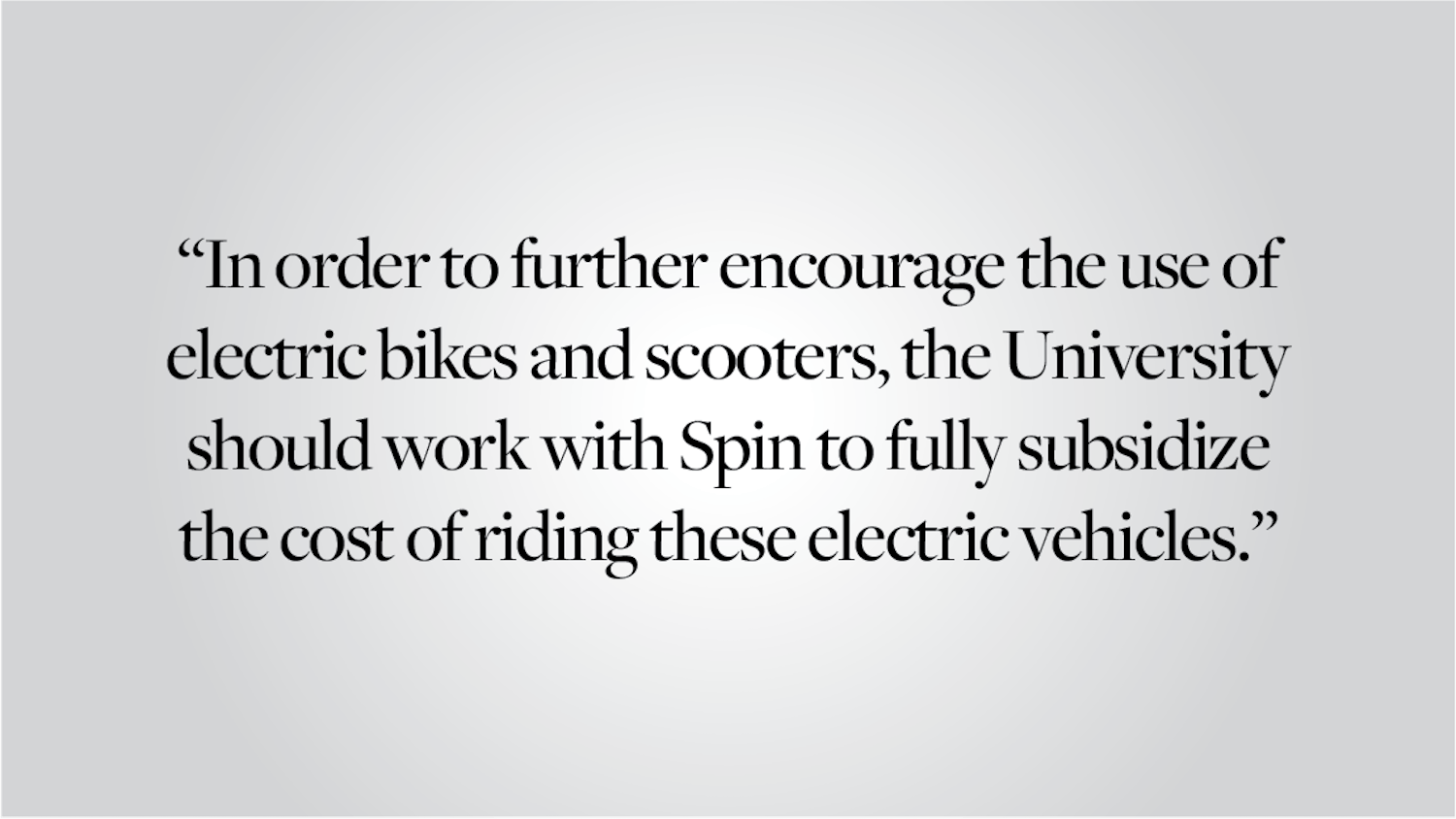