Last weekend marked a historic time for the University’s arts community: the launch of the Brown Arts Initiative. Thursday afternoon, faculty members, students and administrators gathered in the Granoff Center for the Creative Arts’ modern and spacious studios to celebrate and kick off the weekend-long re|ACT  symposium on arts and the environment.

“We are rolling out the BAI at a moment of uncertainty for the arts and the … humanities community,” said President Christina Paxson P’19 in a speech at the opening event.  “We have looming threats to the National Endowment for the Arts and the National Endowment for the Humanities (and) some real concerns about freedom of expression, which is core to what artists do in their lives. In this kind of time, active and principled support for the arts is more essential than ever.”

The BAI brings together eight different creative departments and institutions at Brown in order to promote art in an interdisciplinary environment. “The experimental, collaborative and engaged art practice and scholarship …  is emblematic of Brown and a hallmark of” the BAI, said Faculty Director of the BAI Joseph Butch Rovan, who also co-directs the Multimedia Electronic Music Experiments program and previously chaired the music department.

Twenty-two international artists, writers, curators, architects, musicians and designers participated in the symposium. With their various backgrounds and fields, the speakers provided an interdisciplinary take on the environment. With their work, they exemplified how creative thought and artistic processes relate to the environment.

“The symposium … was designed to communicate the breadth and interdisciplinary focus of the BAI,” wrote Anne Bergeron, managing director of the BAI, in an email to The Herald. Because the notion of “arts and environment” is germane to all art forms and the notion of “environment” can also be interpreted broadly, a range of future programming opportunities can be created, she added.

Keynote speaker Natalie Jeremijenko, an Australian artist, engineer and professor at New York University,  spoke on Friday about mutualism — a biological concept that suggests that two organisms or species can coexist in a mutually beneficial state. Pollination is an example of mutualism, in which bees and flowers both benefit from the existence of the other.

Jeremijenko questioned the current reductionist attitude in the context of environmental preservation. Rather than seeking to continually reduce one’s carbon footprint, Jeremijenko argued for rethinking humankind’s relationship with the environment altogether. Her work innovates new designs and relationships that are mutually beneficial to humans and the flora and fauna of a specific location. “We can do more than less. We can do something,” she said. “We can benefit from each other’s presence.”

The symposium’s panels also touched on other subjects that syngerized art and the environmental cause. Architects and artists used water in their designs in environmentally responsible ways. Musicians and composers intimately interacted with the natural world to create soundscapes. Photographers and writers explored the plastic pollution of the world’s oceans.

The plastic pollution panel featured artists such as Marcus Eriksen, a pivotal player in the legislative battle to ban microbeads in the United States. Microbeads are small bits of plastic found in hygiene products such as toothpaste or body scrubs that pollute water and are detrimental to sea life.

Another panelist was Pam Longobardi, who makes art out of the plastic she collects while cleaning polluted beaches. Plastic will be the one lasting impression humans will leave behind — a marker of the anthropocene, the geological age in which human activity has dominated the environment, Longobardi said.

The symposium is accompanied by exhibitions such as Chris Jordan’s “Message from the Gyre,” which pictures dead albatross on Midway Island. The birds died with bellies stuffed with plastic they had mistaken for food. The portraits of the plastic’s victims call for a “radical global change of consciousness,” Jordan said. The exhibition will be on display at Granoff’s Cohen Gallery until March 24.

Throughout the weekend, artists pushed for awareness of environmental degradation at the hands of current human lifestyles. Words by Carl Safina, a nature writer who spoke at the plastic pollution panel, echoed this sentiment: “Why do you make art out of plastic garbage? To make people look — because that’s the role of the artist.” 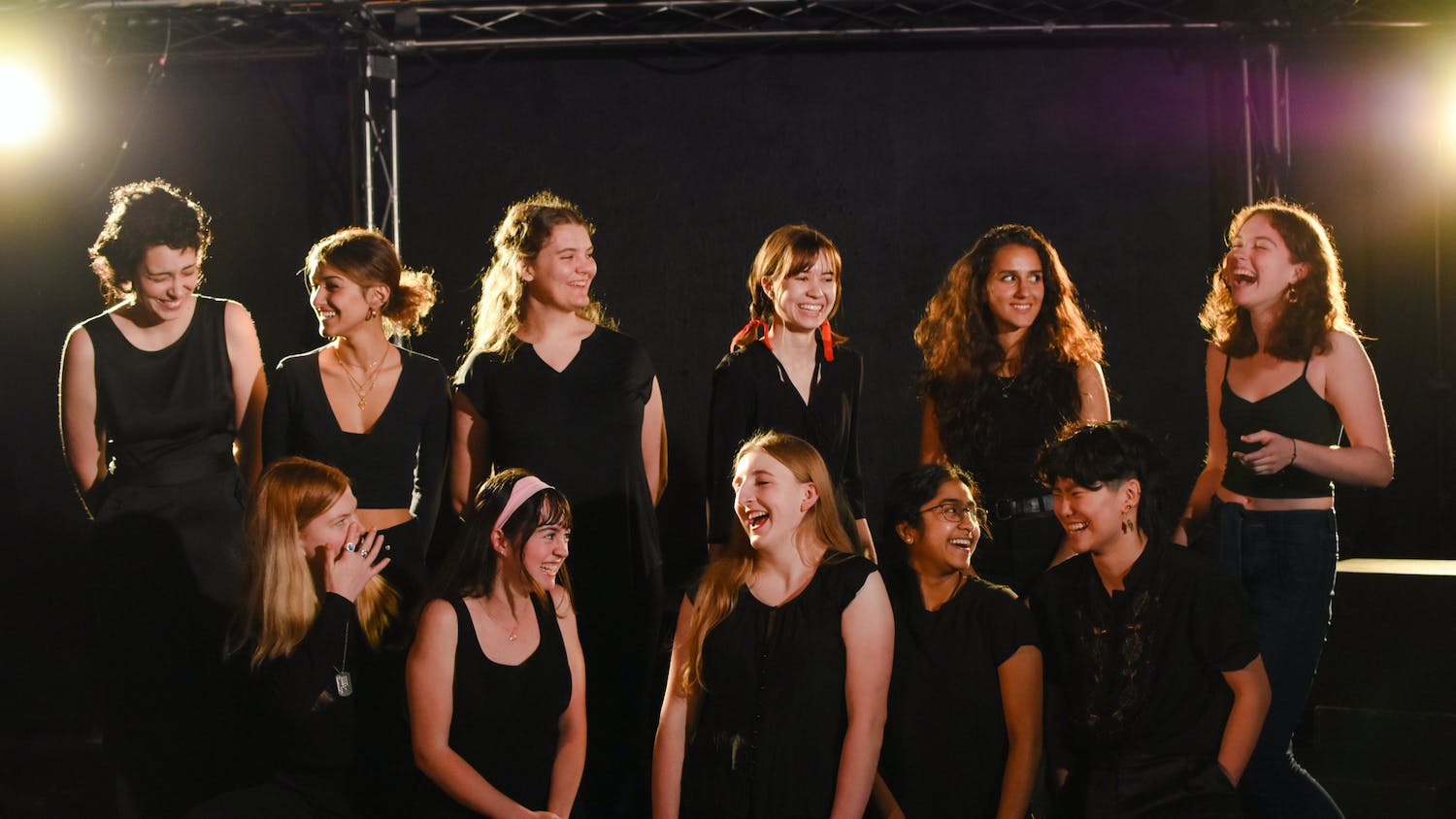