The football team (1-3) snapped its losing skid and secured its first win of the season Saturday with a resounding 31-10 victory over Colgate University (2-4) at Brown Stadium. Bruno’s offense and defense fired on all cylinders as the Bears set season-bests in passing yards, fumbles forced and yards allowed.

Head Coach James Perry ’00 credited senior leadership for helping to raise the team’s energy level going into the game. “Last week, I was scratching my head thinking about what we could do differently to tap into some of that leadership,” he said. “It’s really all (the veteran players) — they took ownership of that locker room, took ownership of the way that we practiced, and that’s why the sideline looked that way.”

On the first drive of the game, Christopher Maron ’25 drilled a 24-yard field goal to open the scoring. The strong start carried over onto defense, where Colgate’s first possession resulted in points for Brown. During a third-down play, Camden Gagnon ’22 chased down scrambling quarterback Harry Kirk and forced the ball out of Kirk’s hands. Safety Shane Prevot ’24 snatched the football off the ground and sprinted 75 yards alongside a cheering Bears sideline for the touchdown.

“I honestly didn’t even know I forced the fumble,” Gagnon said of the play. “I saw the quarterback running, so I came in and swiped at it. Once I turned around, I saw Shane running down the field. It really couldn’t have been any better.”

“We always practice those plays on every ball that’s on the ground,” Prevot said. “I just saw it, ran and saw nothing but green grass. The only thing that was going through my head was don’t get hawked down — just score.”

Gagnon’s tackle and Prevot’s return gave Bruno a 10-0 lead. According to quarterback EJ Perry ’22, the play made it easy for the Bears to maintain the energy level they wanted to establish against Colgate.

“It got everyone fired up,” EJ Perry said. “Our big emphasis was to be fired up regardless of those (big plays) happening — we definitely had much better energy today and it showed on the field.”

After a series of scoreless drives from both Colgate and Brown, EJ Perry completed passes to five different Brown receivers en route to the red zone. On third down at the one-yard line, EJ Perry took the snap in shotgun and darted through a scrum to score Brown’s second touchdown of the game, giving Bruno a 17-0 lead it would take into halftime.

Bruno opened up the third quarter with a tackle from quarterback Jake Willcox ’24 to shut down Colgate’s kickoff return. “We talk about being a multi-quarterback,” James Perry said. “You got to be a multifaceted guy. It’s so fun to see them do that. Jake made a terrific play — that play Jake made on (the) kickoff was awesome.”

After a Colgate field goal made the score 17-3, Brown’s offense threatened again. At the two-yard line, Bruno’s players crowded the right side, appearing to initiate a strong-side run or screen pass. Instead, EJ Perry faked a handoff and twisted to the left, lofting a pass to 6’2”, 290-lb defensive tackle Brooks Jones ’23. Jones acted as a blocker before slipping away toward the end zone, where he caught the ball and tumbled to the ground to secure his first catch and touchdown of the season.

During the week leading up to the Colgate matchup, Jones joined the Brown offense to practice the trick play and was ready to put it into action. “I heard the play called and we practiced it a couple times this week so I just did what I was told and came down with it,” Jones said. “It was pretty special. Not a lot of linemen get an opportunity to catch a ball like that. It was a great ball by EJ and thankfully I came down with it.”

“That was not an easy play,” EJ Perry said. “He went up and he caught it. I high-pointed the ball and it was something for a big D-lineman. Afterward, I was making a joke — I said, ‘They got a wide receiver playing D-line. What’s going on?’”

Between Jones catching passes, Willcox making tackles and EJ Perry leaping up to knock away an onside kick late in the game, several Brown players made contributions beyond the typical confines of their positions. “You can put faith in the players because they’re a hardworking bunch,” James Perry said. “They’re a trustworthy bunch.”

Brown’s defense opened the fourth quarter with vigor, forcing another fumble on a crucial fourth down to stymie a threatening drive from Colgate. On offense, a series of short gains and a diving catch by Wes Rockett ’23 led Brown to the opposing 30-yard line. Three plays later, recent Ivy League rookie of the week Graham Walker ’24 caught a short pass over the middle from EJ Perry and flew past Colgate’s defenders for the touchdown.

Colgate scored a touchdown on the next drive to make the score 31-10 before Brown regained possession and ran down the clock, securing its first ever win on the Richard Gouse Field at Brown Stadium since its renovation earlier this year. EJ Perry passed for a season-high 351 yards in the win, with Hayes Sutton ’23, Walker and Rockett all finishing with over 70 receiving yards.

Sutton, who had 71 receiving yards Saturday, said that the versatility of Brown’s receivers made the Bruno offense difficult to stop. “Wes, Graham, Zach Targoff (’23), Allan Houston (III ’23), they all do great jobs on the outside. I know I can trust that wherever the ball goes, we’re gonna get a first down,” Sutton said. “And whenever they play man coverage, we know we’re gonna win.”

Brown’s first win came after a disappointing loss against Bryant University last week in which Bruno scored 29 unanswered points in the fourth quarter and fell just short of a comeback. According to EJ Perry, the loss helped prepare Brown for its game Saturday. “The entire first half (against Bryant), we had a great teaching tape to learn from and say, ‘This is not what we’re going to be,’ and then an entire fourth quarter of ‘This is what we’re going to be,’” EJ Perry said. “Our defense in the fourth quarter (against Bryant) let up zero points as well, and we definitely showed today that we can do that for four quarters.”

As Brown gears up for its game against Princeton next Saturday, James Perry said the team is looking to build off the win against Colgate. “The fun thing is that we still made a ton of mistakes that we can correct,” James Perry said. “When you get into Ivy League play, every week you’re going to be challenged … and you’ve got to improve. Last year, I thought we were a better team at the end of the season. We gotta do the same thing this year.” 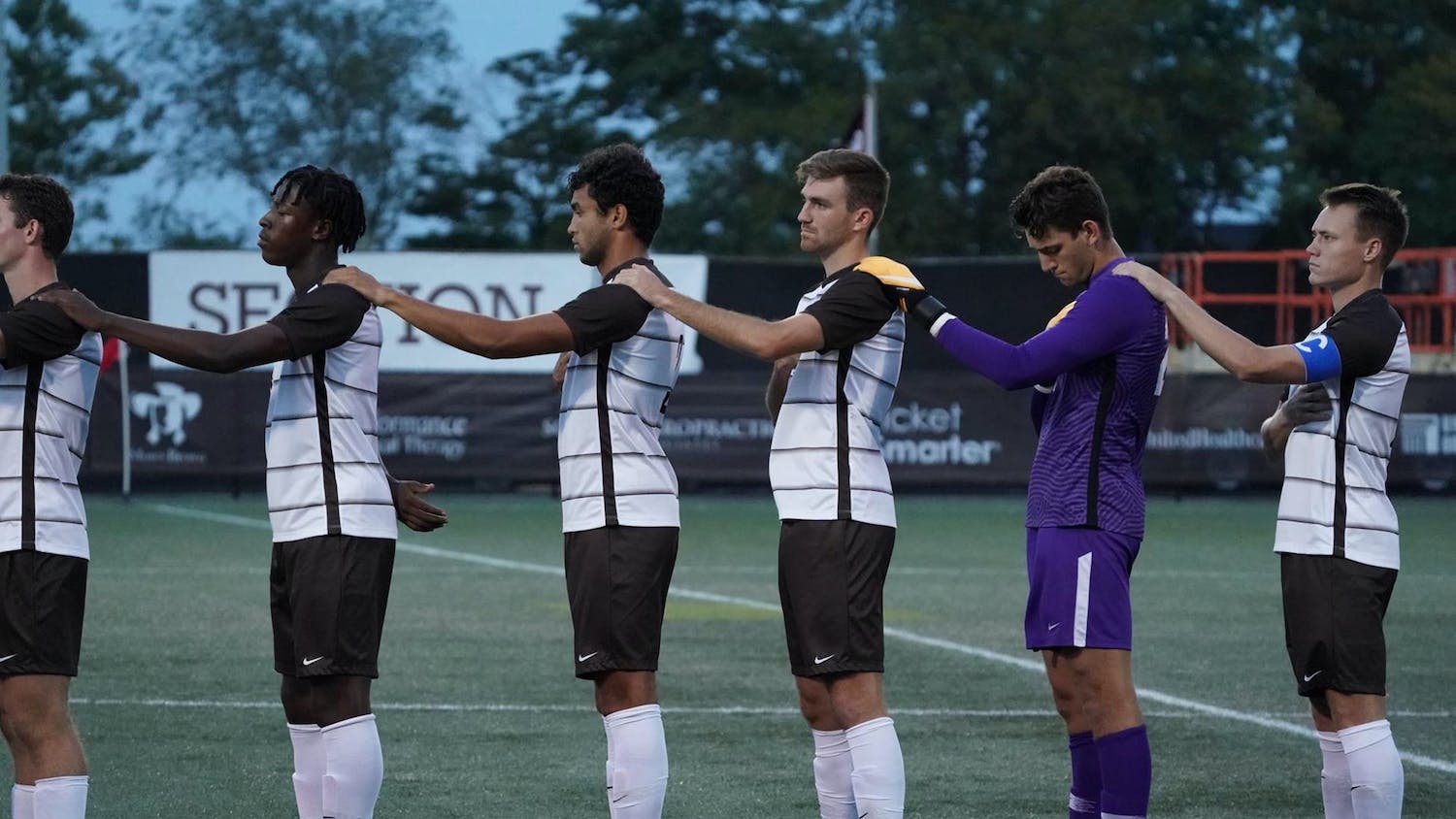 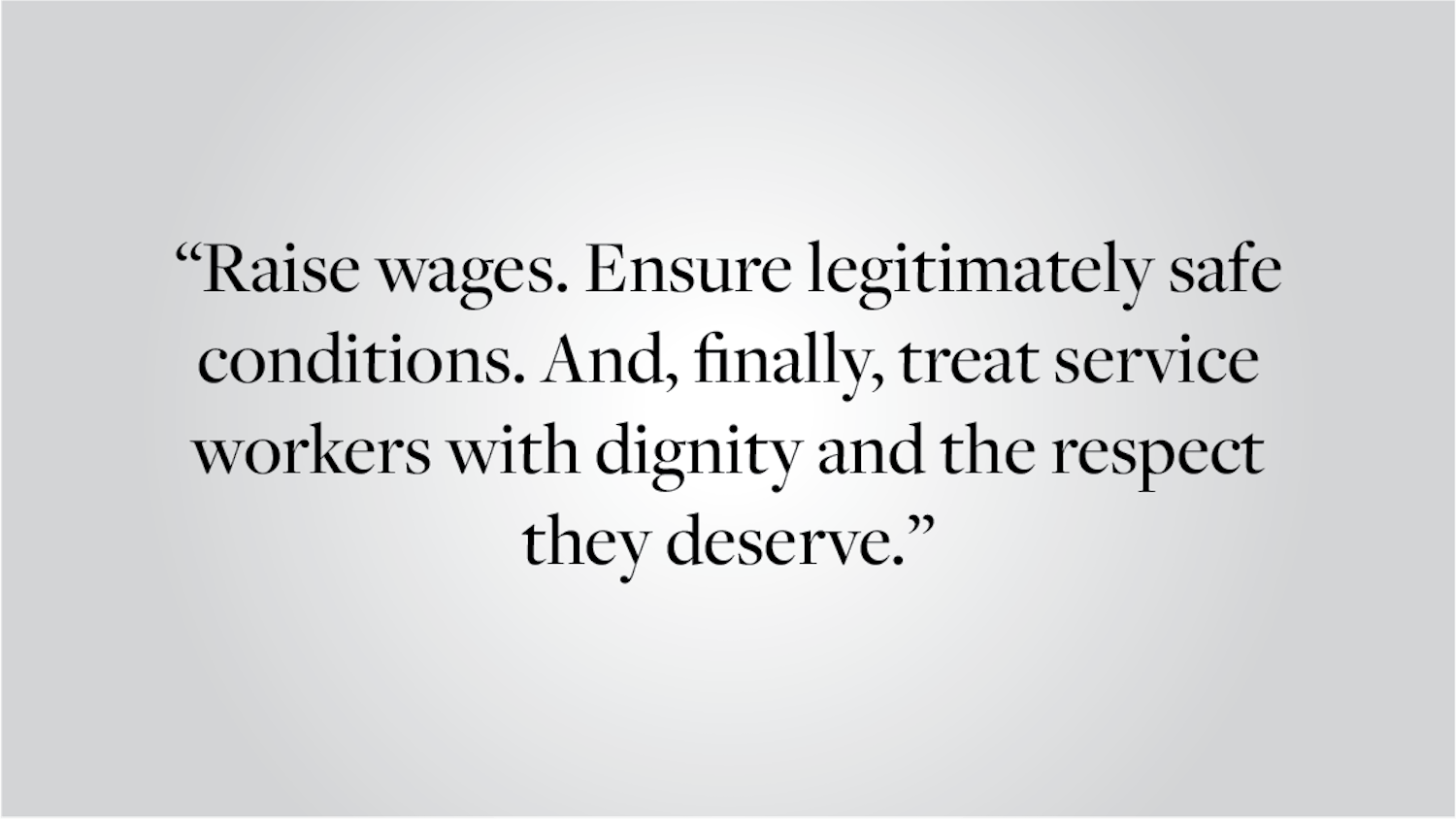