With Ridley Scott’s historical drama House of Gucci hitting theaters this Thanksgiving, what captured my attention when the trailer dropped three months ago has once again entranced me: Jared Leto, seemingly aged forty years. A suffocating amount of facial and body prosthetics has gifted the youthful and waifish actor layers of jowls, a new nose and a receding hairline to transform him into the elderly Paolo Gucci. At once comical and grotesque, Leto’s ridiculous silicone accoutrements stand to add him to a list of performances hamstrung by overdone prosthetics. To my disappointment, it would seem that Hollywood’s prosthetic obsession isn’t dying anytime soon.

In the past decade, Hollywood has seen a proliferation of prosthetics, fatsuits and other extreme body-altering materials transform recognizable actors into real, very different-looking people — Jessica Chastain’s recent turn as Tammy Faye in The Eyes of Tammy Faye, Gary Oldman’s Winston Churchill in Darkest Hour and Christian Bale’s portrayal of Dick Cheney in Vice, to name a few. These drastic transformations garner acclaim, press and awe from the general public but, distracting and unnecessary, they only cheapen the film’s aesthetics and detract from the acting itself.

What’s truly exasperating is that these prosthetics are being plastered on some of the best actors working today. Bale and Chastain are contemporary masters of their craft, flush with that rare star ability to capture the intangible and elevate any material. Why weigh down their faces with layers of fake skin? What artistic value is added to their performance by totally remapping their bone structure? Actors like Bale and fellow virtuoso Daniel Day-Lewis have expressed concerns over their facial mobility, which their strained performances in Vice and Lincoln ultimately validate. What actors look like and how they move are in part why they are so compelling to watch. When their physicality is fundamentally altered, that finesse is markedly tempered. This commitment to prosthetic transformation results in nothing but a loss in artistic quality.

I assume that one of the primary goals of such extensive physical transformations is total immersion — to make the viewer forget that they are watching a famous celebrity at work. But with an actor’s name plastered  on all promotional materials, nobody forgets who it is once the theater lights dim. As we watch Vice we do not say to ourselves, “That on the screen is disgraced former Vice President Dick Cheney.” We know it is in fact acclaimed actor Christain Bale as disgraced former Vice President Dick Cheney. The film should trust itself to enthrall us without these visual transformations due to the unspoken agreement of movie-magic: the suspension of disbelief. Watching films requires a certain amount of buy-in because narrative cinema generally does not aim for perfect verisimilitude. Animals can’t talk, toys don’t have thoughts and a radioactive spider bite would probably just kill you. Choosing to abandon the logic of reality is one of the most basic parts of watching a movie. It is no small insult to contemporary audiences that studios believe they must wrap Christian Bale in a fatsuit in order to get us to the point at which the magic of cinema may commence.

This increase in extreme prosthetic makeup has paralleled the rise of the Hollywood biopic; studios are making more movies about real people and want their actors to look like those people. But there are countless examples of such films that don’t use prosthetics and are better for it. Take The Social Network, David Fincher’s masterful 2010 film about the creation of Facebook. Jesse Eisenberg doesn’t look like Mark Zuckerberg but his performance is precise and enthralling, capturing a nerdy neuroticism that screams insecurity. If you take “good acting” as a matter of mimicry, then the cast of Vice leaves any previous historical drama in the dust. On the other hand, The Social Network is a movie I actually want to watch. This reflects the key difference between real people and characters. Rami Malek’s Freddie Mercury is not really Freddie Mercury, he’s the protagonist of a movie. When that translation from history to story occurs, faithfulness to reality ceases to be so vital; the coherence of the narrative world and its characters is much more important. The Social Network understands that it’s showing us Mark Zuckerberg the character, not the person, and that physical accuracy to the real-life man wouldn’t add anything to its themes of social performance.

The use of extensive prosthetics might seem to promote immersion on the surface but in fact does quite the opposite. The fatsuits are often offensively obvious; Rami Malek’s teeth in Bohemian Rhapsody are so ridiculous as to be distracting. These prosthetics rarely go far enough to reach facsimile yet lack the subtlety to pass beneath the layperson’s radar. The result is a transformation so jarring that it becomes a spectacle in and of itself. And this may be the point; the various ordeals actors put themselves through to prepare for their roles — extreme weight loss or gain, mainly — have always been a source of public fascination that not only spurs viewership but reaps awards. A friend saw 2019’s Bombshell just to witness the silicone prosthetics that altered Charlize Theron into Megyn Kelly — a role that earned an Oscar nomination.

It’s no wonder that films keep green-lighting these laughable prosthetic choices when vanguards of prestige like the Academy keep eating them up. Gary Oldman and Rami Malek both won Best Actor for average performances in Darkest Hour and Bohemian Rhapsody, respectively. Bale was nominated for Vice, and so was Steve-Carrell-with-a-different-face for Foxcatcher. Bombshell, Vice and Darkest Hour mark an incredible three-year winning streak for fatsuits in the Best Hair and Makeup category. It stands to reason, then, that the Academy and its peers think that becoming a visual replica of a real-life person is the same as understanding them as an artistic subject.

And it is this conflation that I take issue with. Movie prosthetics can be crucial and additive, especially in genre films — any of Guillermo del Toro’s creature features reflect that — but they do not do the work of an actor. According to this trend, translating a real person into a compelling character is a matter of wearing a different nose. But looking exactly like a real person does very little narratively. Actually having something to say is another thing altogether. 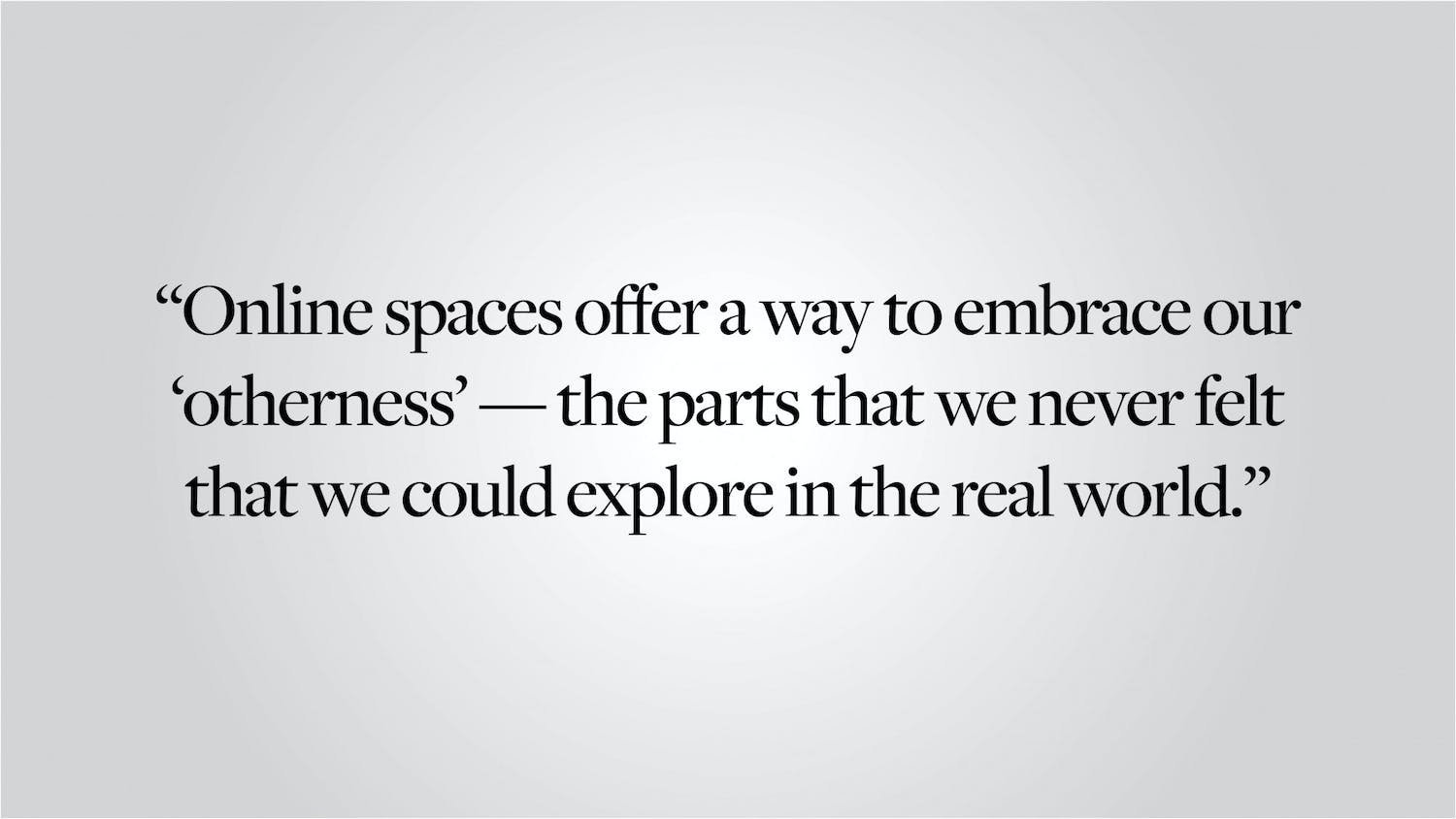 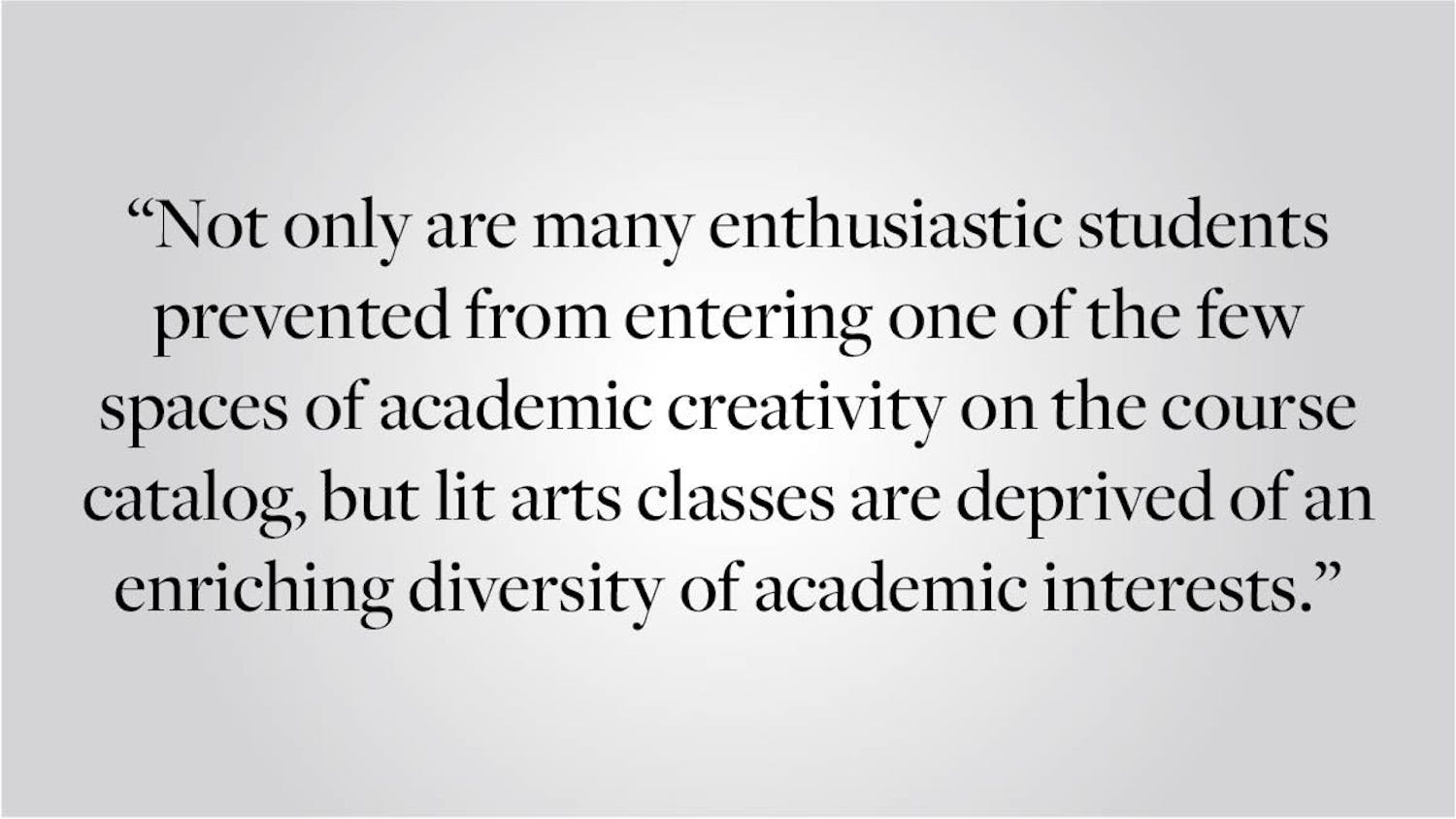