Since the relocation of I-195 East, the Providence waterfront has come to represent the city’s urban renaissance. Every key feature of a modern city can be found there, including new housing, green space, transit connections and walkable streets. The fulfillment of a decades-long push to remake the city, the ongoing rebirth of the Providence riverfront has been described as a “dramatic” realization of new urbanist principles.

The latest improvement in the neighborhood, the addition of bike lanes on South Water Street, was shamelessly opposed by our own Brown University on grounds that bike infrastructure ought not “come at the expense of a lane of (car) travel.” The University — citing potential safety concerns while also wanting the preserve the car lane to ease transportation for Brown-associated deliveries — helped sponsor a traffic study in the area alongside a coalition of local businesses. The results of the study were then sent to the Rhode Island Department of Transportation, with the request that RIDOT intervene in the city’s project and expressing support of construction of the bike lanes on adjacent parkland.

The episode on South Water Street is just the latest example of how Brown is not adequately supporting Providence’s urban revival. Despite its claims to the contrary, the University is part of the problem when it comes to Providence’s paltry bike offerings.

Under Mayor Jorge Elorza, Providence has been undertaking an ambitious — if slow-moving — plan to remake the city’s transportation network, the Great Streets Initiative. The plan, which identifies Providence as one of the most polluted cities in New England, sets out to replace car traffic by implementing a “Citywide Urban Trail Network” that would connect every neighborhood to jobs, shopping and public spaces via low-stress bike lanes and other improvements to transportation infrastructure. The plan also aptly points out that College Hill residents would be major beneficiaries of this plan, given that 69% of neighborhood residents do not drive.

The initiative is a desperately needed step for Providence. In February, PeopleForBikes, an organization that advocates for bike-friendly cities, gave the city an overall bike network score of 29 out of 100. This score was buoyed by the generous 61 out of 100 the city got for recreational biking. On the ease of biking to work or shopping, the city got pitiful scores of 22 and 15, respectively. For a city seeking to thrive amid a post-industrial transformation, the current state of biking is unacceptable, and the Great Streets Initiative is a commendable effort to fix the problem.

The South Water Street bike improvements, including the removal of a car travel lane, were identified in the plan as key components of a “diet” for the waterfront road. “Dieting” here means narrowing streets for the purpose of reducing traffic speeds and volumes, sometimes including a focus on converting car trips to bike or transit trips. By making driving less comfortable compared to other options, diets aim to revive streetscapes by returning space to locals and to combat climate change by promoting forms of transportation other than driving.

With this in mind, Brown’s opposition to the current bike project is irresponsible. The coalition’s complaint that a one-lane South Water Street could not handle the “current volume of vehicles” is entirely missing the point: The goal of replacing car lanes with bike lanes is to reduce car traffic volume, not to simply separate bike and car traffic. Whether the University is aware of this or willfully ignorant is unknown, but what is clear is that this is but one example of Brown’s anemic support for cycling.

Notably, the University has failed to make firm commitments to promoting biking in official documentation. The Institutional Master Plan, first published in 2017 and amended thrice since, indicates support for biking at Brown but lacks any meaningful plans. The transportation component of the plan touts three campus bike sharing programs — but these programs combined only support around 50 bicycles. Despite bragging of a “significant level of investment” in biking, the plan stops short of recommending any projects or initiatives the University should undertake to improve infrastructure on campus.

The one step the University has taken that one could call “concrete” is the rule that requires all new construction include bike parking. This would be a welcome move but digging deeper reveals this guarantee is less than impressive: University construction standards require only six bike parking spaces for any project. Regardless of whether most projects include more spaces than the minimum, this standard drastically lags behind progressive transportation goals — many urban-minded cities require at least one bike space per residential unit.

Brown’s unenthusiastic support for biking is obvious at the new Wellness Center and Residence Hall. Despite being designed for “150 students who share a deep commitment to sustaining healthy lifestyles,” the dorm includes only about two dozen indoor bike parking stalls and even fewer outdoor spaces, denying the majority of residents the option to even keep a bike. A generous estimate would say about one in five dorm residents could keep one. Especially for a dorm supposedly focused on promoting wellness, the decision not to provide sufficient bike parking is evidence that the University does not consider biking — even if just for recreation — an important option for healthy living.

Even more disappointing is Brown’s lack of commitment to improving biking infrastructure on streets. On College Hill, not one street has dedicated bike lanes, though many are marked with notorious “sharing arrows” that have been linked to increased cycling injuries. The University has considerable political capital in local affairs and ample cash reserves hidden away in the endowment. If Brown was truly committed to promoting biking, it would not have to spend much to get a few miles of bike lanes painted on streets around campus, especially given the focus Providence has on improving its streets.

In the coming years, Providence plans to add bike improvements along Angell, Benefit, Brook, Brown, Hope and Waterman streets, potentially including road diets, separated bike lanes and traffic calming solutions. The University’s opposition to the bike lanes on South Water Street and its otherwise apathetic support for biking in general should make it clear to students that the administration is uninterested in supporting these initiatives — or is only interested insofar as they do not affect the flow of car traffic. As local bike projects enter the planning stages, it will be up to the student body to demand that the University support them.

Just as important is ensuring that all new infrastructure is built with biking in mind. It is imperative that the new dorms under construction this year on Brook Street include enough bike spaces for its resident population and basic bike repair kiosks — speaking of which, the University needs to replace the long-forgotten bike kiosk hidden next to the Brown Bookstore on Olive Street, and then place more throughout campus. If the administration is serious about promoting biking, these are not options but necessities.

If the University wants to tout itself as a benefactor of the Providence community, it must also be careful to identify the ways in which it is holding the city back. Continued opposition to bike lanes would be an inappropriate intervention by one of the city’s most powerful institutions against the future of transportation and the battle against climate change. The University can and should do better to promote cycling not just on campus, but in the city at large, and that starts by extending formal support to the Great Streets Initiative and asserting Brown’s unequivocal dedication to promoting biking throughout the city.

Brown’s track record on biking ranges from unimpressive to outright antagonistic, but that can change. Now, as new dorms go up and the city plans projects for College Hill, it is time to pivot toward truly promoting biking as an essential element of Providence’s revival and not just a two-wheeled accessory to car travel. 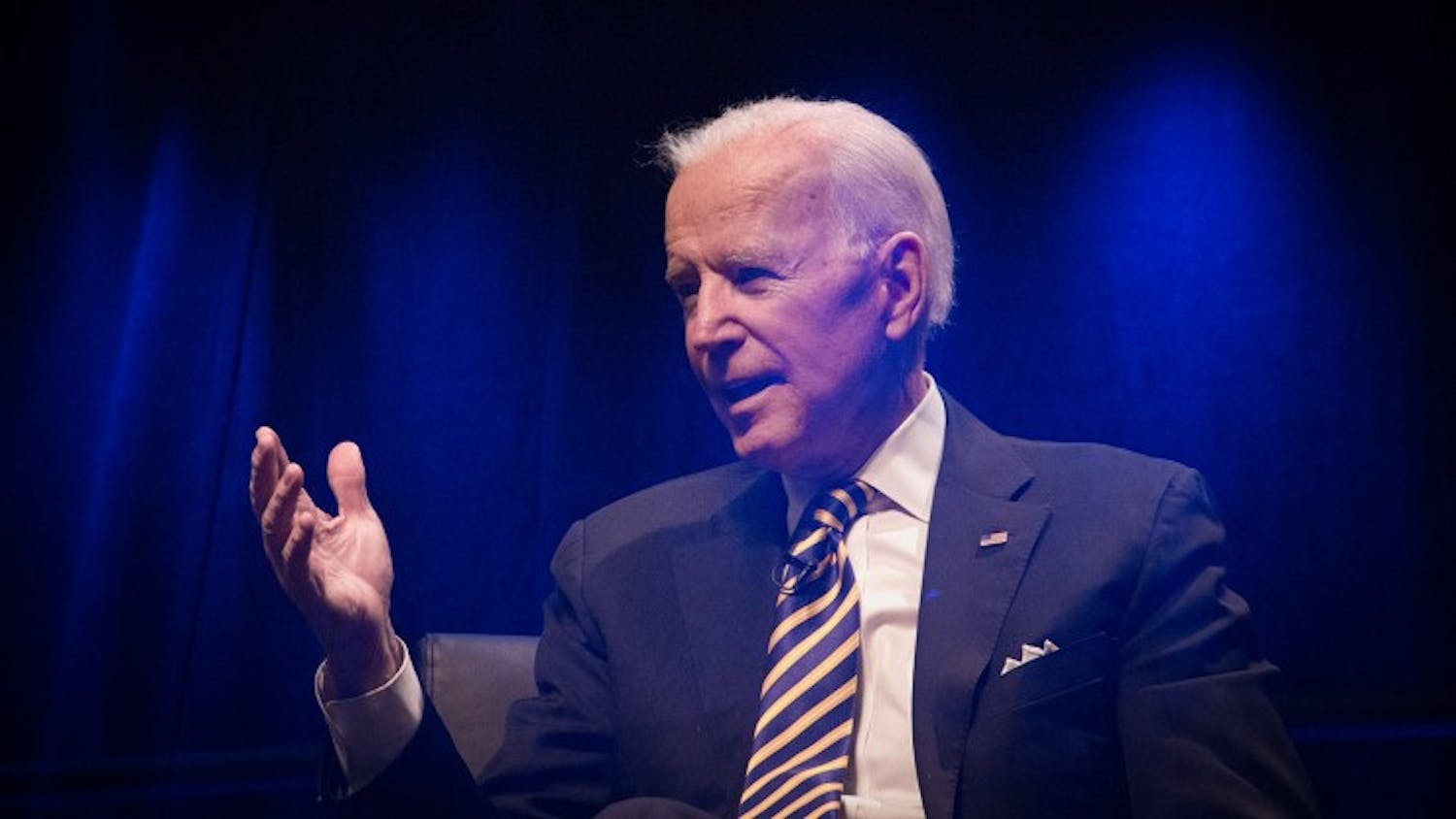 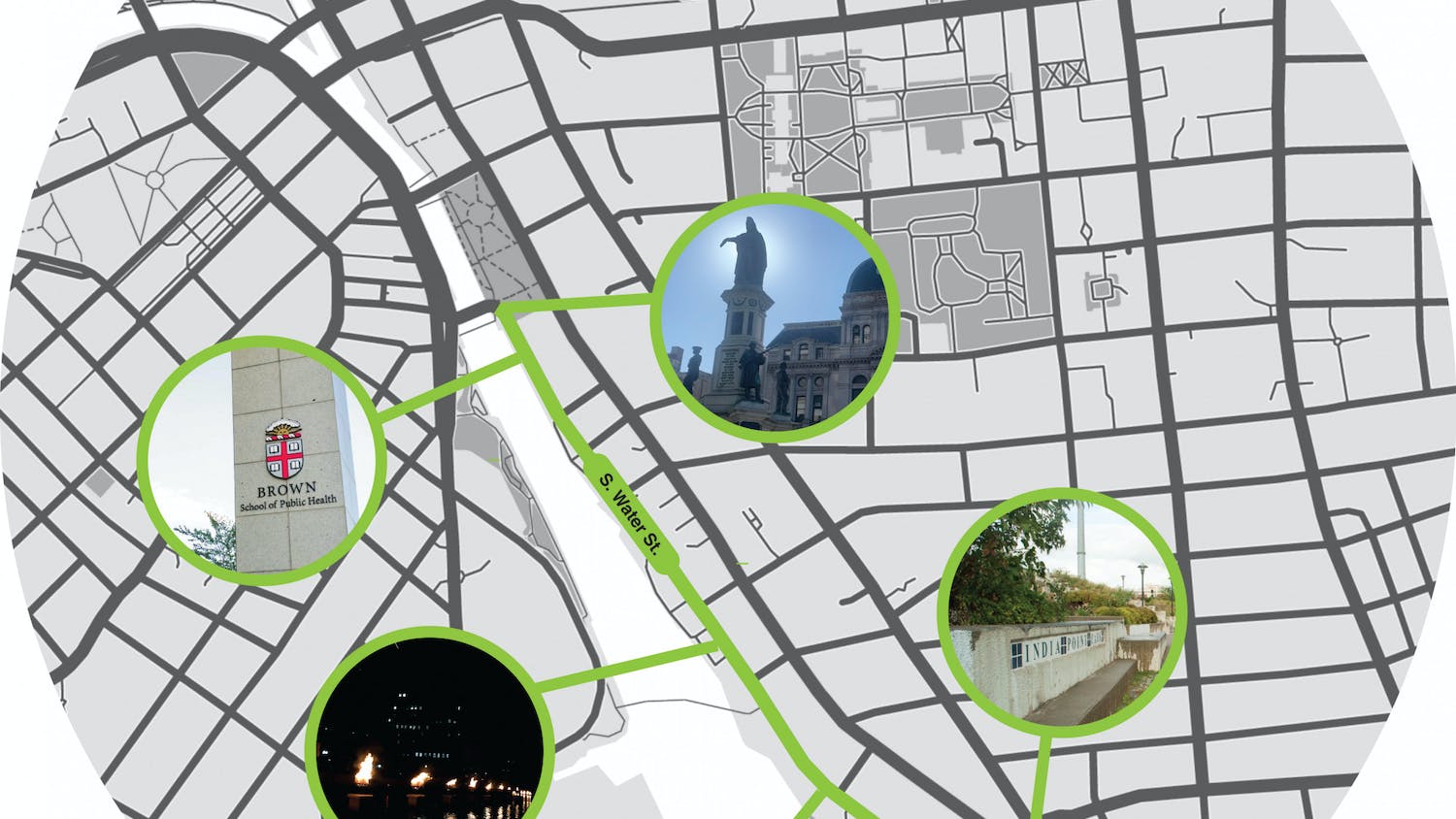