The men’s basketball team (2-1) defeated Central Connecticut State University (0-2) in a 75-57 win in the Pizzitola Sports Center on Sunday. The Bears came home from Chapel Hill on Friday after a narrow defeat against number 19 ranked University of North Carolina that finished 87-94.

The Bears gave the Tarheels all they could handle in a back and forth contest. Dan Friday ’24 ignited the offense with 21 points (eight of 14 field goals) and Nana Owusu-Anane ’25 led the team in rebounds with eight to complement his 20 points.

Brown gave UNC a battle from the beginning, edging the Tarheels with a 13-11 lead heading into the first media timeout. In a back and forth half, neither team held more than a three point lead until the Bears surged on a 13-2 run. Guard Paxson Wojcik ’23.5 tallied four points in the scoring run and finished the game with 14 points of his own.

Brown ran up the score 43-36, their highest lead of the game, with three minutes remaining in the half. UNC regained momentum behind sharp shooter RJ Davis’s two three pointers that cut the Bears lead to 50-47 heading into the second half. Davis led all scorers with 26 points on the night, shooting six of nine from deep.

With 3:11 remaining, UNC clung to an 83-79 lead. Kino Lilly Jr. ’25 made it a three point game with a shot behind the arc, but it was not enough to answer Davis as he added his sixth three-pointer of the night with 42 seconds to play, pushing UNC’s lead back to six. Tar Heels came out of the game with a 94-87 victory.

The Bears returned to Providence and bounced back with a win against Central Connecticut State University. Lilly Jr. led the Bears with 22 points shooting six for nine from behind the arc, with five of those three-pointers contributing to a 32-4 run in the second half.

Brown came into the second half with a 28-27 lead after being down by as many as eight points halfway through the first. Head coach Mike Martin ’04 said that “our offense was sloppy in the first half; eight turnovers is too many. In order for this team to be good, we have to take care of the basketball and make open shots.”

The Bears were still trying to find their rhythm in the beginning of the second half, and they trailed by eight with 14:18 left in the game. From that moment, the Bears would outscore the Blue Devils 43-17 the rest of the way, sparked by 19 second-half points from Lilly Jr.

“I just keep going in and doing my job,” Lilly Jr. said. “I know if I keep playing like that, it’ll help the team win.”

Guard Jaylan Gainey ’22, who was battling an injury in the preseason, had a game-high eight rebounds, and credited the momentum shift to the team’s defensive efforts. “We were forcing turnovers that turned into fast break scoring opportunities,” Gainey said. “I think our first half on-ball and screen defense was off. ... It felt good helping the team here, but I’m not where I wanna be. I’m getting there and feel better and better as I go.”

The Bears will be back in the Pizzitola to welcome Johnson & Wales University on Tuesday, Nov. 16 at 7 p.m. 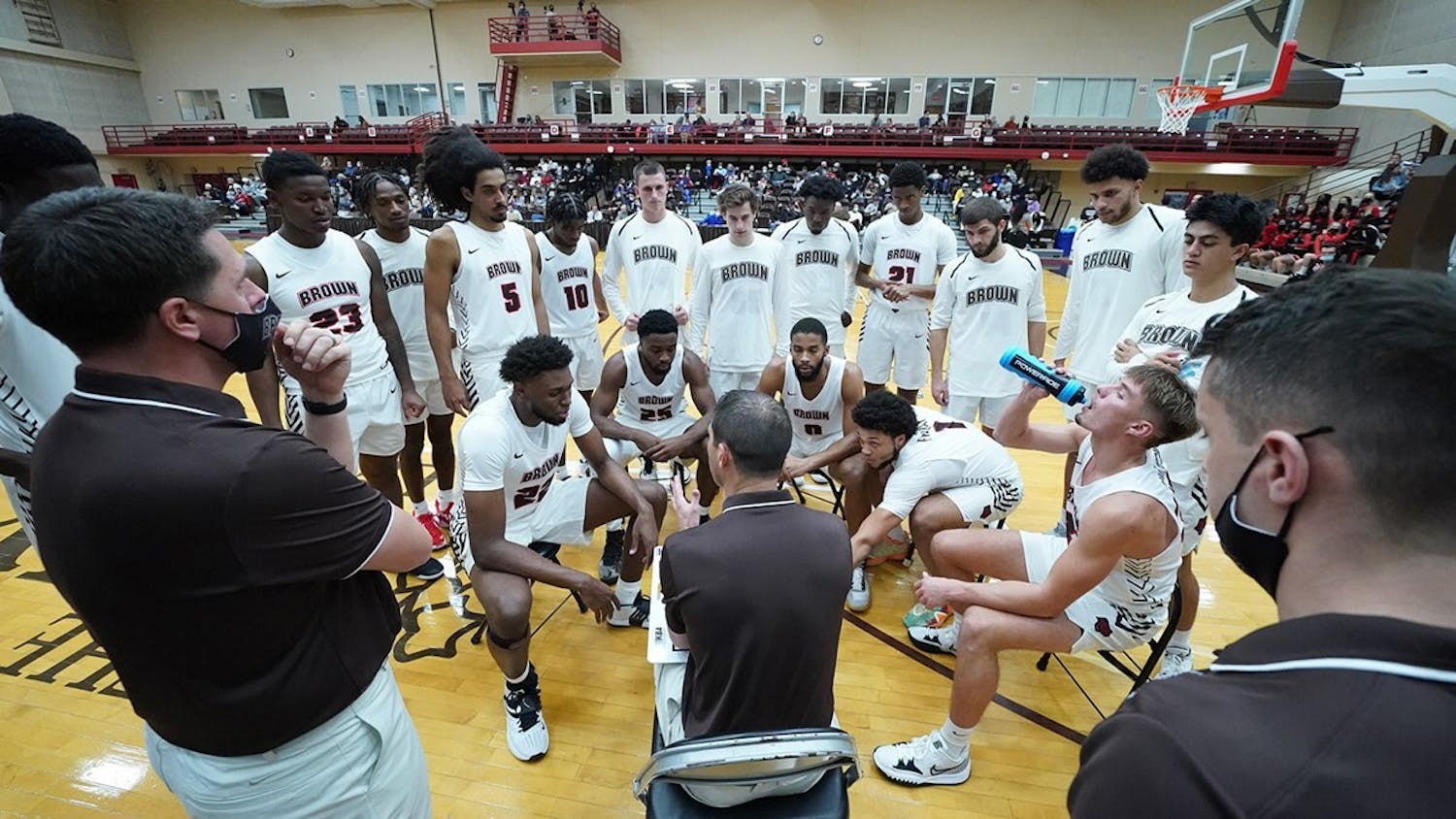 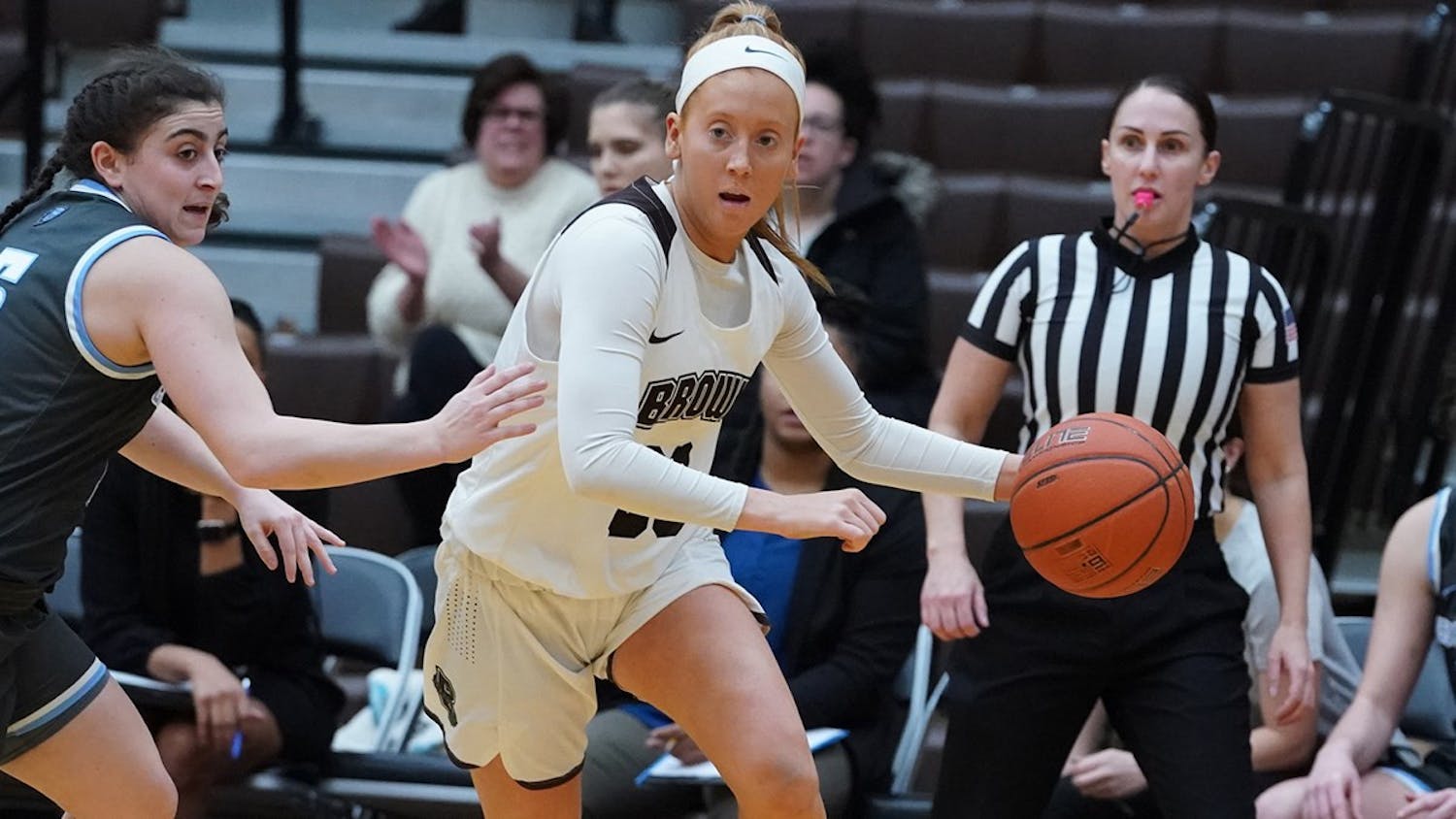