The women’s soccer team (11-3-0, 6-0-0 Ivy) clinched the Ivy League title after defeating Penn (9-4-2, 3-3-0 Ivy) Saturday at home. With the victory, the Bears won their second consecutive, and 14th overall, soccer championship, making them the most decorated women’s soccer program in Ivy League history.

The Bears brought strong offensive pressure from the offset, keeping the ball largely on Penn’s side of the field for the first eight minutes. After multiple shots, forward Ava Seelenfreund ’23.5 scored the only goal of the game with an assist from Evelyn Calhoon ’24 and Brittany Raphino ’23.

While scoring the game winning goal was “great,” Seelenfreund said it was “really a team goal” at the end of the day.

Goalie Kayla Thompson ’22 only had to fend off one shot on goal, with the Bears’ defense keeping the Quakers contained all game.

Seelenfreund said the win was the result of “teamwork,” rather than just one player, crediting the importance of the defense in ensuring a clean sheet.

The teamwork the group showed on the field was the result of close bonds between team members, Seelenfreund added. “Everyone on this team is so close, so it’s like everyone’s best friends are out here playing.”

The game also functioned as the team’s Senior Night. The nine players from the senior class were honored before the playing began.

Winning the championship on Senior Night made the day even more special, Seelenfreund said. Seniors “are the foundation of the program,” she added, “it means the world, really.”

Overall, Head Coach Kia McNeill said the team played a “really good game of soccer,” adding that they are “peaking at the right time,” with many players “hitting their stride and playing really well.”

While McNeill noted the team could have had “a little bit more composure in the final third,” still, she said they “dominated for the most part.”

“It’s a shame that we only got one goal, but it was a well-deserved one,” midfielder Kayla Duran ’22 said, adding that she was “really proud” of the team. “Every game is a battle, and to come out, have a shutout and win, … it’s an amazing feeling,” she said.

Calhoon described the win as the culmination of a season’s worth of hard work. “Memories from this entire season are hitting me,” she said. “Just all the hours we put in.”

Looking ahead, McNeill said the team has their eyes set on playing against Yale next week. “Even though we clinched the championship this weekend, I think it’s really important to us to go 7-0 — that’s something that hasn’t been done in about 31 years for Brown women’s soccer.”

With the win against Penn, the Bears secured the NCAA Automatic Qualifier and will appear in the NCAA Tournament for the eighth time.

“We’ve secured our bid,” Seelenfreund said, “so (we are entering) big stages now. It’s really exciting for our program.”

“We can grow so much more,” Calhoon said. “A beautiful thing about this team is that we accomplish something, but then we look forward.” 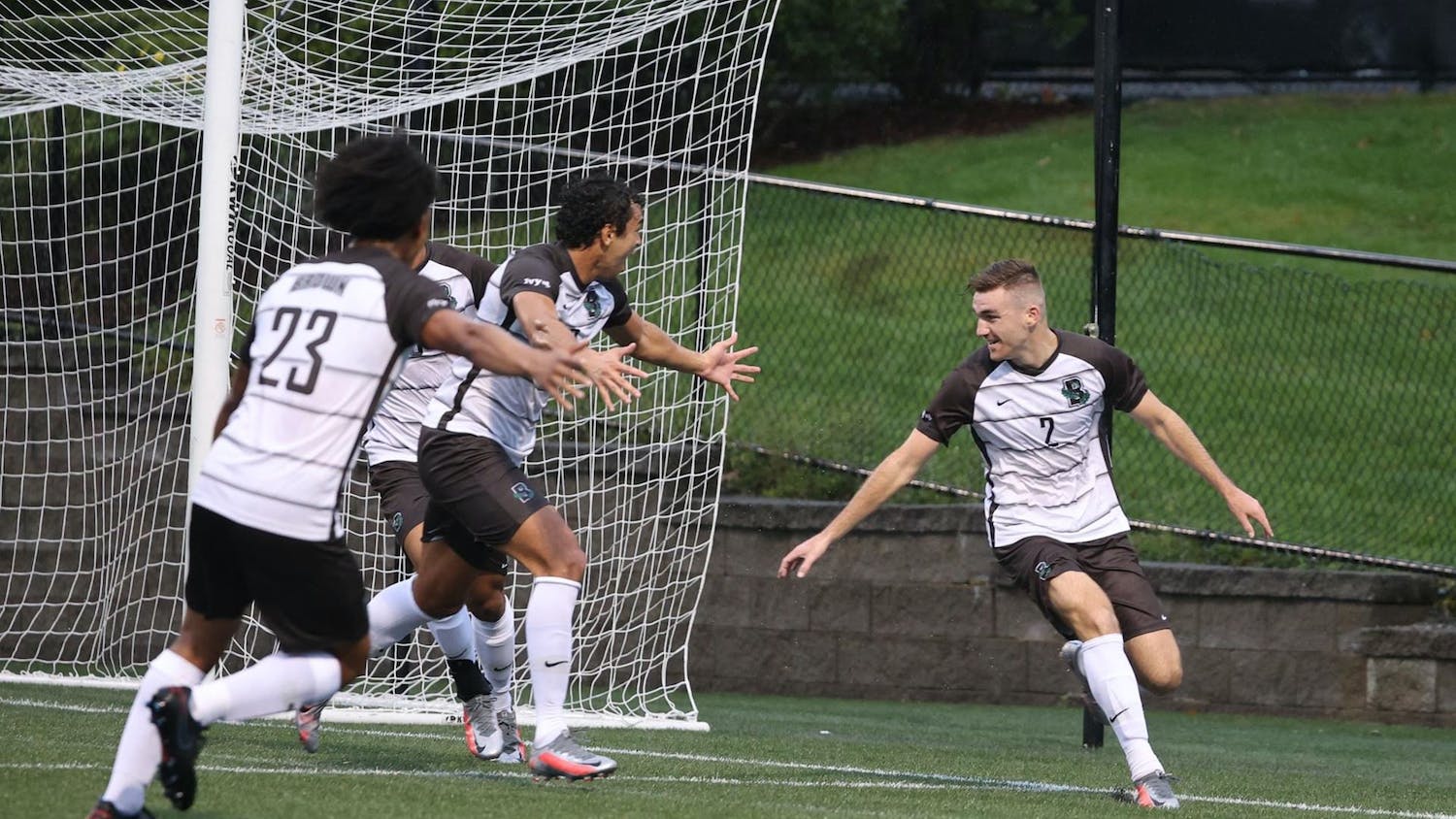