The women’s volleyball team (18-4, 11-1 Ivy) captured its first Ivy League title in 20 years Saturday night at the Pizzitola Sports Center with a dominant 3-0 win over Penn (6-15, 3-9 Ivy). Moments later, Yale (15-6, 8-4 Ivy), the only other Ivy team still alive for a share of the title, dropped a straight-sets match to Princeton (14-6, 8-4 Ivy), ensuring that Brown would earn the Ivy League’s automatic bid to the 2021 NCAA Division I Women’s Volleyball Tournament.

“This is the storybook ending,” said Head Coach Ahen Kim. “This is what this group has been working toward, this is why the recruits have come here, this is why our seniors persevered and dealt with so much to work through adversity with losing (the 2020 season) … You couldn’t ask for a better ending.”

Bruno’s title-winning victory over Penn came on the Bears’ Senior Night. With Brown up two sets to zero and 22-12 in the third set, Kim substituted all three of his seniors — defensive specialist Ashley Oelrich ’22, outside hitter Catherine Mihm ’22 and setter Kristin Sellers ’22 — into the game, much to the excitement of the Pizzitola crowd. Mihm delivered with a kill to set up match point for the Bears, and right-side hitter Kate Sheire ’24 struck another kill to finish off the Brown win.

“I had every confidence” in the seniors, Kim said. “They’re on the other side, battling our starters and making them better. No, you don’t see them on the court a lot, but I believe that they could play and be significant contributors at any other team in our conference and around the country. I’m really proud that they got the opportunity to go in there and execute the way they did.”

Brown’s straight-sets win capped a dominating weekend that also included a 3-0 victory over Princeton Friday. “We just are sticking to what our coaches told us,” outside hitter Sophia Miller ’23 said. “We just work for every ball. We don’t let anything drop.”

“We all connected, we learned from our past mistakes and from there we are going up,” added defensive specialist Victoria Vo ’25.

Brown dictated Saturday night’s match from the outset. The Quakers never led during the first set, which the Bears steadily took control of. A no-look kill by setter Cierra Jenkins ’24 gave Bruno a 19-16 advantage, and a block by middle blocker Gabby Derrick ’25 led to set point. Sheire converted a kill on set point as the Bears won the set 25-19.

The second set had a similar story. Penn and Brown remained tight early on and were tied 11-11. But Bruno reeled off seven straight points, capped by a kill by middle blocker Beau Vanderlaan ’25, to take complete control of the set. Brown would go on to take the second set by a commanding 25-15 margin.

The Bears once again pulled ahead in the third set, as a kill from outside hitter Jilienne Widener ’24 put Bruno up 19-10. Shortly thereafter, Brown’s seniors took to the court and finished off the third set 25-15. They were immediately swarmed by their teammates as they secured the Ivy League title.

“Our seniors are such leaders of this team,” Miller said. “It’s only fitting that we earned the title on Senior Night.”

As Brown celebrated its Ivy League title and hoisted the championship trophy, Princeton finished off its win over Yale, sending the Bears to the NCAA Tournament.

Bruno still has two regular season matchups remaining: Brown will take on Harvard (10-11, 7-5 Ivy) and Dartmouth (14-7, 6-6 Ivy) on the road next weekend. The Bears will then have two weeks off until the NCAA Selection Show Nov. 28, when they will learn their spot in the NCAA Tournament bracket.

“If we keep winning, we get to keep our seniors on the court with us,” Vo said. “That’s our motivation.” 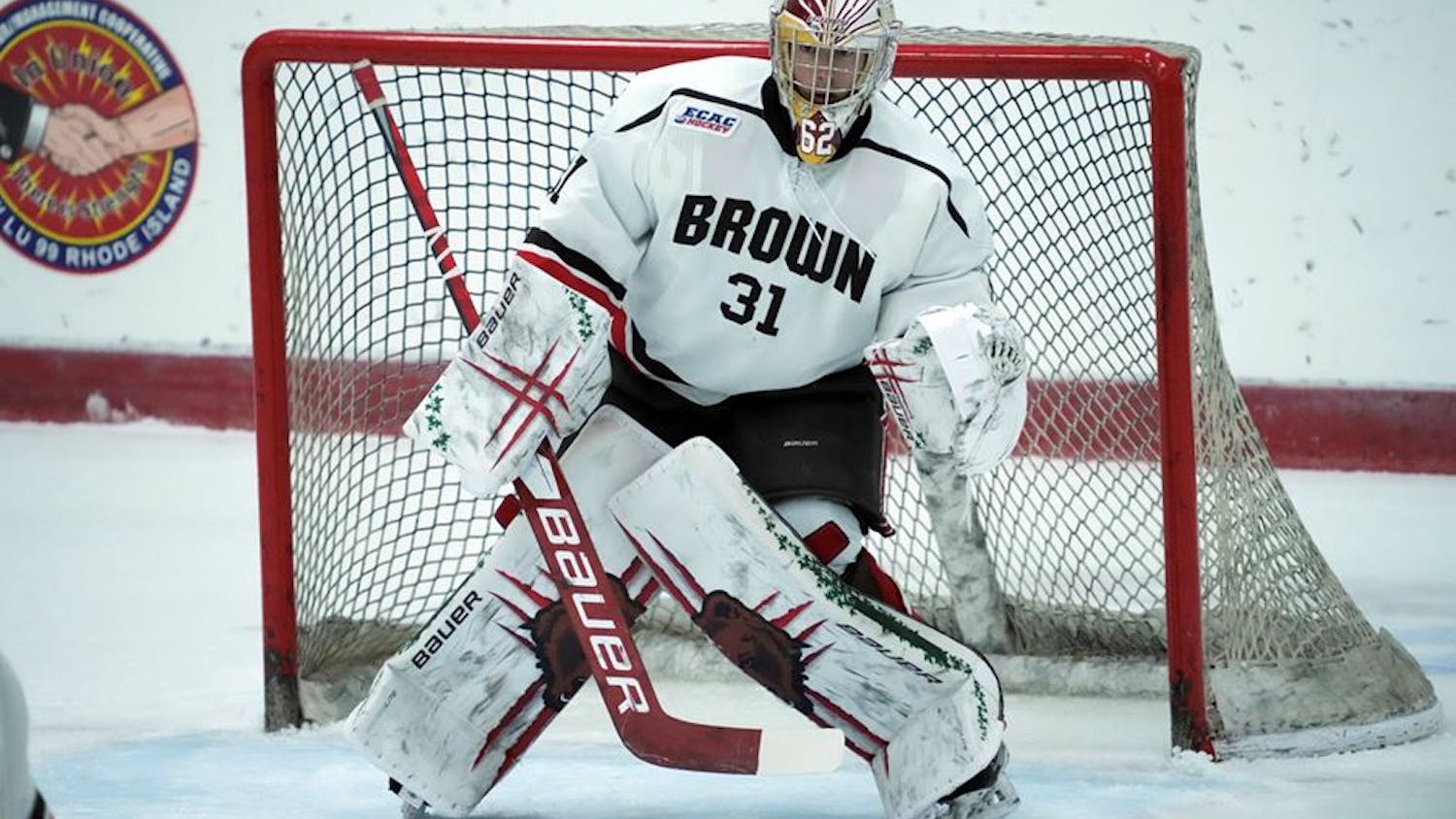 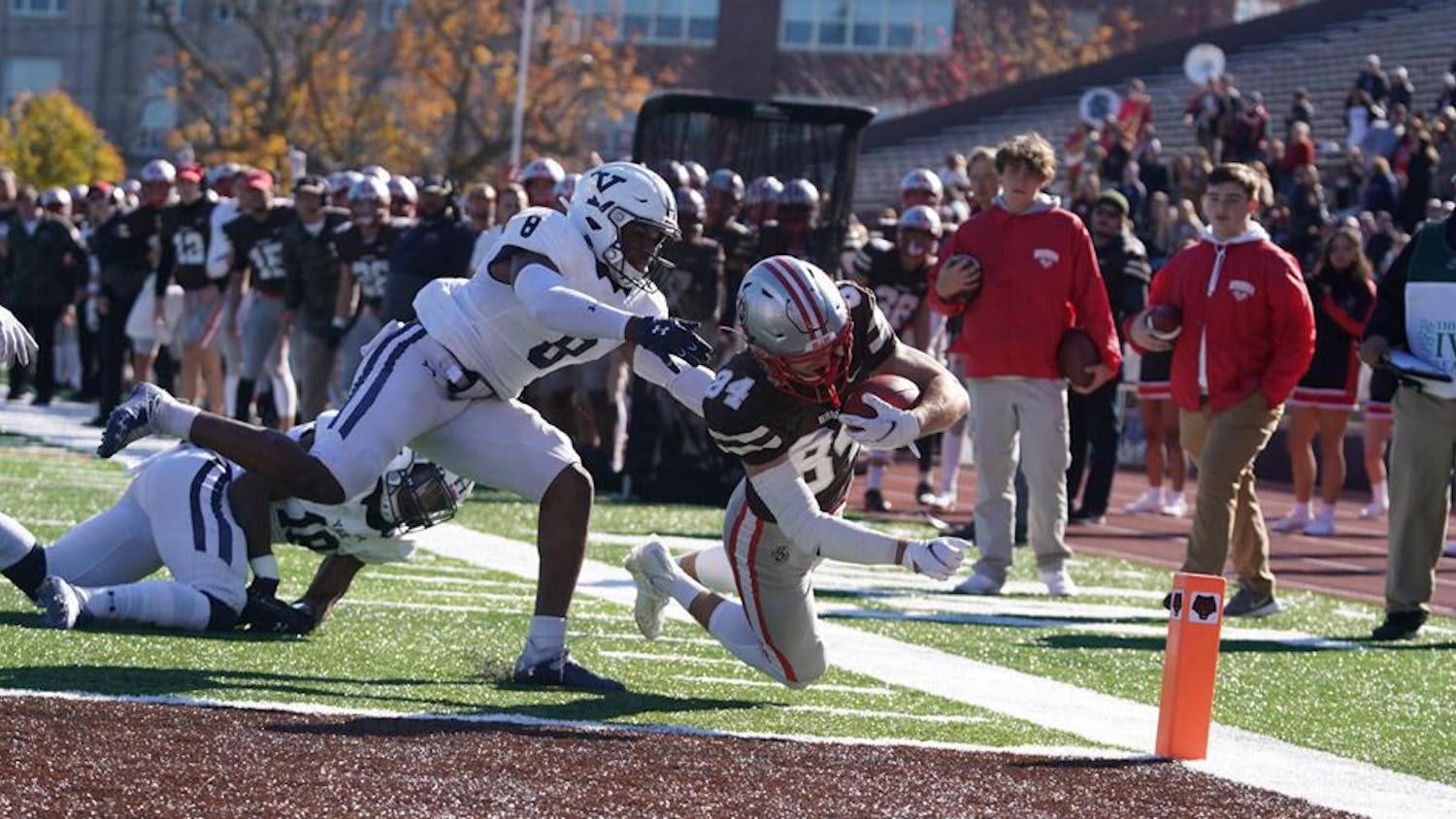 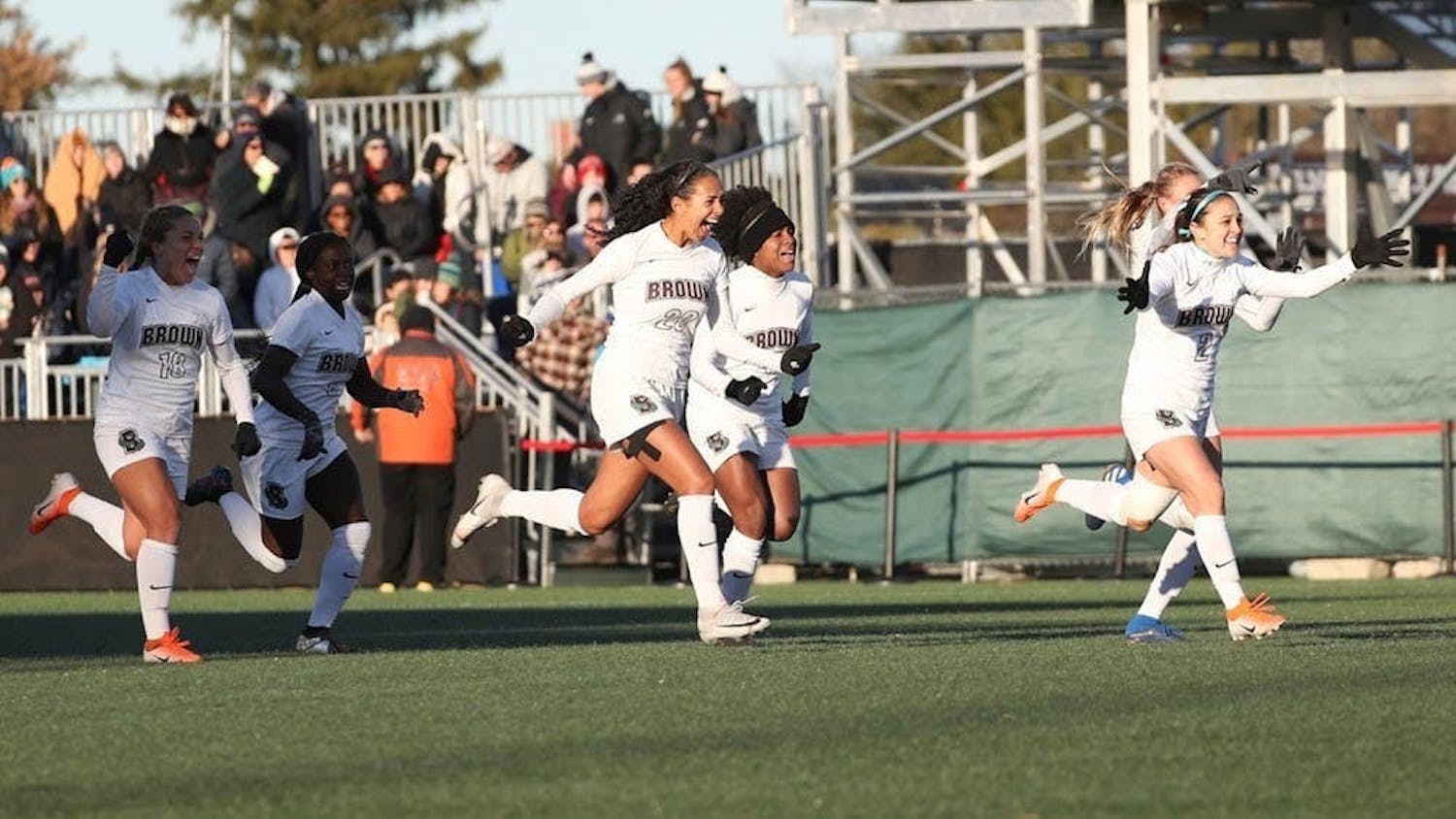