The University received a record-high number of applications for the class of 2026, with a combined 50,608 applicants from both the early and regular decision pools, Dean of Admission Logan Powell told The Herald. Powell noted that applications rose in every category, every geographic region and every area of academic focus. He credited the University’s presence during the COVID-19 pandemic, the use of both in-person and virtual outreach, and, to a lesser extent, increased financial aid offerings, for the rise in applications.

While Powell noted that the Admission Office does not “start the year with a goal in mind of increasing the applicant pool by a certain goal or size,” the applicant pool marks a 9% increase from the 46,469 applicants to the class of 2025 —a record-setting year at the time —Powell said. The applicant pool had a relatively similar geographic distribution to the prior year with 20% of the pool composed of international students, 17% from the South and 14% from California.

The percentage of the applicants who applied to the University’s Program in Liberal Medical Education remained steady at 8%, while approximately 2% applied to the Brown-RISD Dual Degree Program, a 1% increase from last year.

The University declined to share statistics related to students who self-identified as students of color or who applied for financial aid.

Unlike the previous year, the University resumed some of its in-person outreach to attract students, offering campus tours for the first time since March 2020 and sending admission officers to visit schools across the country. “We continued to do everything we did virtually, and we supplemented that with some in-person engagement,” Powell said, calling the office’s strategy a “both-and” approach. He also attributed the increase in applications to the University’s visibility throughout the pandemic due to the work of faculty such as Dean of the School of Public Health Dr. Ashish K. Jha and economics professor Emily Oster.

“We have researchers (and) we have faculty members here who are nationally recognized for their work in the field of COVID research and COVID impacts,” Powell said. “That kind of public presence in a time of real challenge has been really extraordinary for us to have”

Powell said he did not attribute a significant portion of the growth in applications to the University’s recent announcement that it would expand financial aid offerings for middle and low-income families, as well as international students. But he added that the changes, which came just before the early decision deadline, “probably started to gain a little traction in time for regular decision.” He additionally expects to see a larger impact “for years to come,” including “most clearly with the international student population.”

Sara Harberson, a private college counselor and the former dean of admissions at Franklin and Marshall College, wrote in an email to The Herald that well-known colleges have continued to “see larger applicant pools, especially those with Early Action programs.”

But she noted financial aid policy is only one step in making the application process more equitable. “The biggest influencer in getting more low-income students to apply to a college like Brown is not a more generous financial aid program,” she said. “It is remaining test-optional permanently.”

Earlier this week, the University committed to expanding its test-optional policy through the 2022-23 admission cycle — but will evaluate the decision again before the 2023-24 cycle begins.

Though the applicant pool increased, the University still expects to yield an incoming class of 1,700, Powell said, a relatively similar number to the previous year. He clarified that the admissions process “remains the same” and depends on “individualized” and “contextual” review.

“We think about academic excellence and we also think about diversity of perspective,” Powell noted.

Regular decision applicants and applicants deferred from the early decision pool will receive their admissions notifications on Thursday, March 31 at 7 p.m. and will have until May 2 to inform the University of their decision.

Correction: A previous version of this article stated that regular decision admissions would be released March 22. In fact, they will be announced March 31. The Herald regrets the error. 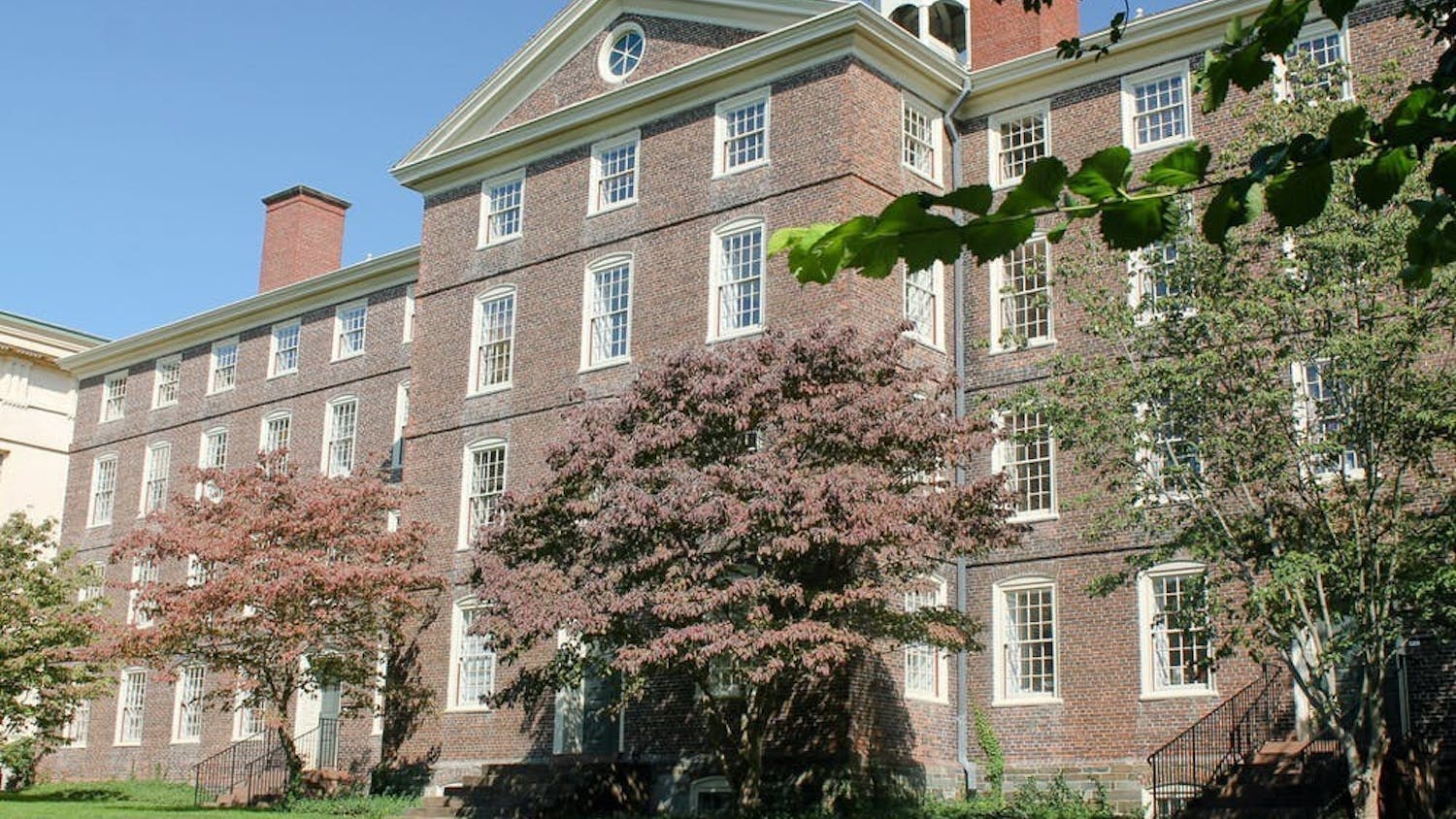 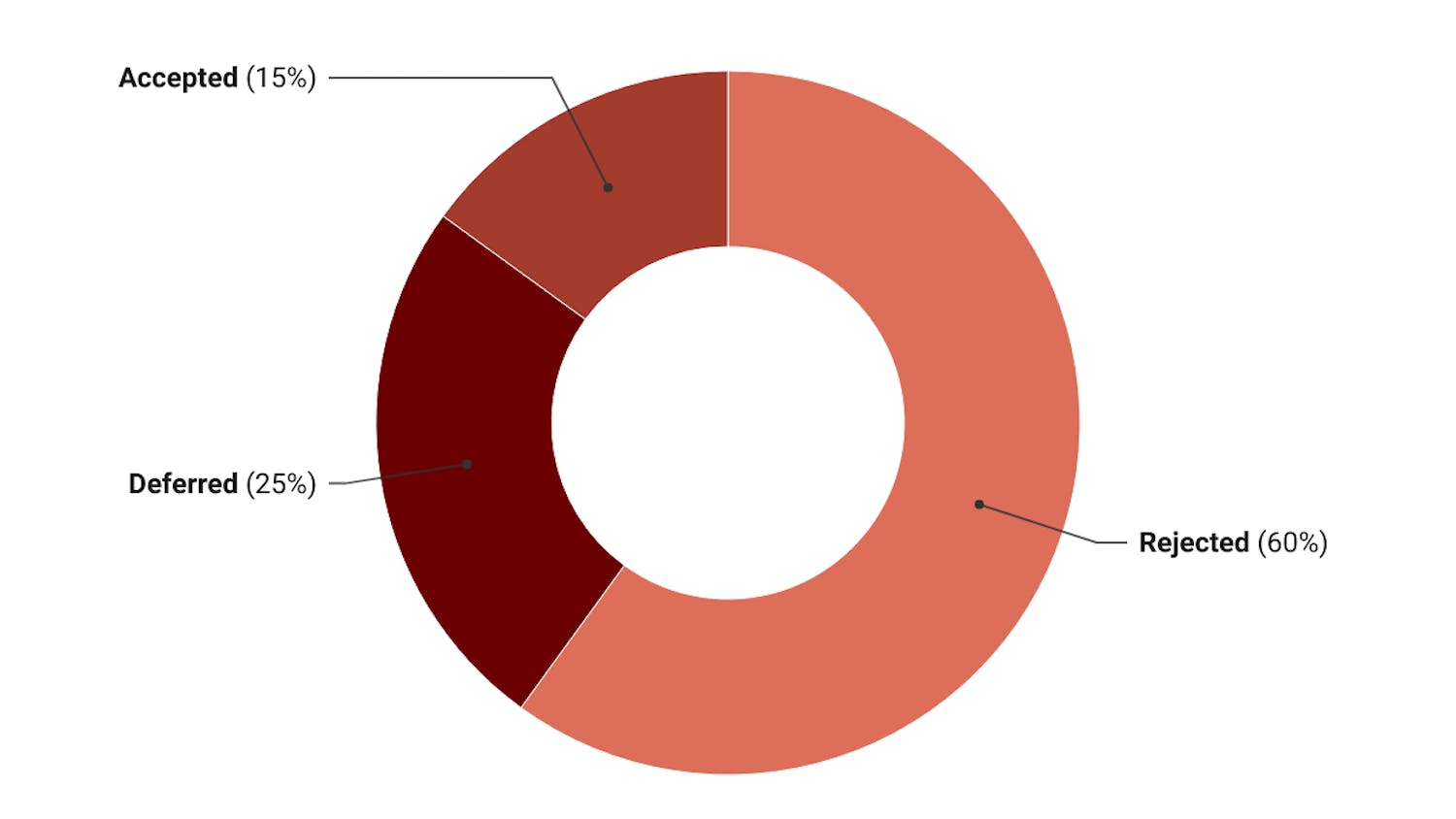 Brown accepts 14.6% of early decision applicants for class of 2026