Two years ago, former Brown football defensive tackle star Michael Hoecht ’20 was preparing to navigate the NFL Draft process — an already daunting task for Ivy League prospects that was complicated by pandemic restrictions that prevented in-person workouts with scouts. Last spring, Hoecht was coming off a year spent on the Los Angeles Rams practice squad and preparing to fight to make the team’s active roster, The Herald previously reported. Now, less than two years after COVID-19 threatened to derail his NFL aspirations, Hoecht has earned one of the most coveted awards in American sports: a Super Bowl ring.

Upon winning the championship against the Cincinnati Bengals, Hoecht felt an elation that still doesn’t fully feel real to him. “I feel like I might still just be in shock because I don't know if it's really sunk in,” he told The Herald. “It was an absolute blast on the sidelines and just being able to celebrate with (your) teammates and the guys that you just went to battle with all season (was a) really fun experience.”

Winning a Super Bowl is “every kid's dream, (and) that's been my dream and it's just been …really special for me to be a part of,” he added.

“Here's a guy who has the size of an elite NFL player, a guy coming off the ball with speed. I always knew the tenacity that he played (with)”, Perry said. “He absolutely belongs on that NFL field and he belongs in that Super Bowl locker room.”

Michael Donovan, Brown’s defensive line coach and Hoecht’s position coach during his senior season, was able to “see Mike doing what he did in college,” he said. “He's a high-effort guy. He's a high motor guy; he runs to the ball. He's making tackles on special teams.”

Because Hoecht spent the 2020-21 season on the Rams practice squad and there were no preseason games in 2020, this past year brought his first real taste of NFL game action. But he was up for the task: Hoecht appeared in every single Rams game of the 2021-22 season. Between the three-game preseason, 17-game regular season slate and four-game postseason, Hoecht took the field all 24 times between August and February.

“It just takes some getting used to and it takes some adjustment,” he said of the experience. “That's part of being on the active roster — your first year is not only managing how to play ball but managing how to keep that longevity throughout the season and maintain your strength (and) speed.”

Hoecht credited the team’s training staff with helping him manage the physical toll of such a lengthy, intense schedule. “Our training staff (does) a really, really good job (of) giving us the tools we need to recover and (take) care of” our bodies, he said, adding that this involves massages, treatments, and “taking care of the bumps and bruises.”

“It's also mentally recovering from the games and making sure that you take your deep breaths when you can and then lock and load and get ready for the next week,” Hoecht said.

Hoecht saw limited in-game action with the Rams defense, playing only a small percentage of the team’s overall defensive snaps and recording seven total tackles in the year. But Hoecht found other ways to help the team, emerging as a core special teamer who saw the field on most special teams plays. “The NFL is a ‘more you can do’ league,” he said. “If there's any way that I can be on the field helping the team win a world title, that's going to be my job. That was definitely part of my development and (growth).”

Donovan emphasized that playing on special teams gives Hoecht an immediate opportunity to help his team. “You don't typically make the active roster every week if you can't contribute — he's playing a monster role in their special teams, which has been great,” he said. “He's so big and he's so fast, it's just perfect for special teams.”

Even on special teams alone, Hoecht can still make a major impact in the NFL, according to Perry. He specifically mentioned Zak DeOssie ’07 and Sean Morey ’99 as other Brown football alums who had successful careers as special teams players. “Those guys who do what he's doing have tremendous value monetarily and from a roster-building perspective,” Perry said. “Michael will be very motivated by the fact that there's a lot of guys who've had long careers” as special teamers.

Though Hoecht did not see any defensive snaps in the Super Bowl, he reprised his role as a core special teams player, playing 100% of the Rams’ special teams snaps — a feat he also accomplished in the NFC Championship Game. Hoecht made the most of his opportunities, making an impressive play to avert a special teams disaster. Early in the second quarter, a blown Rams extra point attempt ended up with the Bengals in possession of the ball and attempting to return it for two points. All-Pro Safety Jessie Bates III had the ball and was close to breaking free when Hoecht — who is over a hundred pounds heavier than Bates — caught him from behind to make an impressive open-field tackle.

Next year’s Rams roster and coaching staff may look different, but Hoecht is ready for whatever comes. “Especially when you start to have repeated success, like the Rams have had for the last couple years, coaches come in and out,” he said. “That's not really something that's different for me … coaching changes have been a pretty regular part of my football career.”

Upon ending a grueling 24-game season, Hoecht is already preparing himself for next year. After taking an additional two weeks off, he plans to return to California to begin his offseason training. “One of the hardest things to do in the world is win a Super Bowl,” he said. “And the great part about it is in a couple of weeks we shake it off and start getting ready for next season to try and go do it again.”

Hoecht remains closely connected to Brown football, noting that he has been in contact with EJ Perry ’21.5 as Perry navigates the NFL Draft process. “I'm gonna be excited to see where he ends up,” Hoecht said. “He's gonna be the next Brown University football player in the NFL, and he's the perfect kid to continue that legacy.”

“We all share that bond of playing at Brown, and we all chose Brown because we love the school and we love the football team there,” he said. “There really aren't that many of us (in the NFL), so it's a small brotherhood.”

Hoecht and Donovan added that, since 2000, Brown leads the Ivy League in Super Bowl championships won. James Develin ’10 won three rings with the New England Patriots, DeOssie won a pair with the New York Giants and Hoecht, Chas Gessner ’03 and Morey all won one apiece.

Donovan believes that Hoecht has the potential to make an even greater impact in the NFL, especially after seeing his rapid development over his first two years in the league.

“He just needs to keep doing what's made him successful, which is being a dependable, reliable guy, having that athleticism and (continuing to grow) as a player,” Donovan said. For Hoecht, he said, “the sky is the limit.” 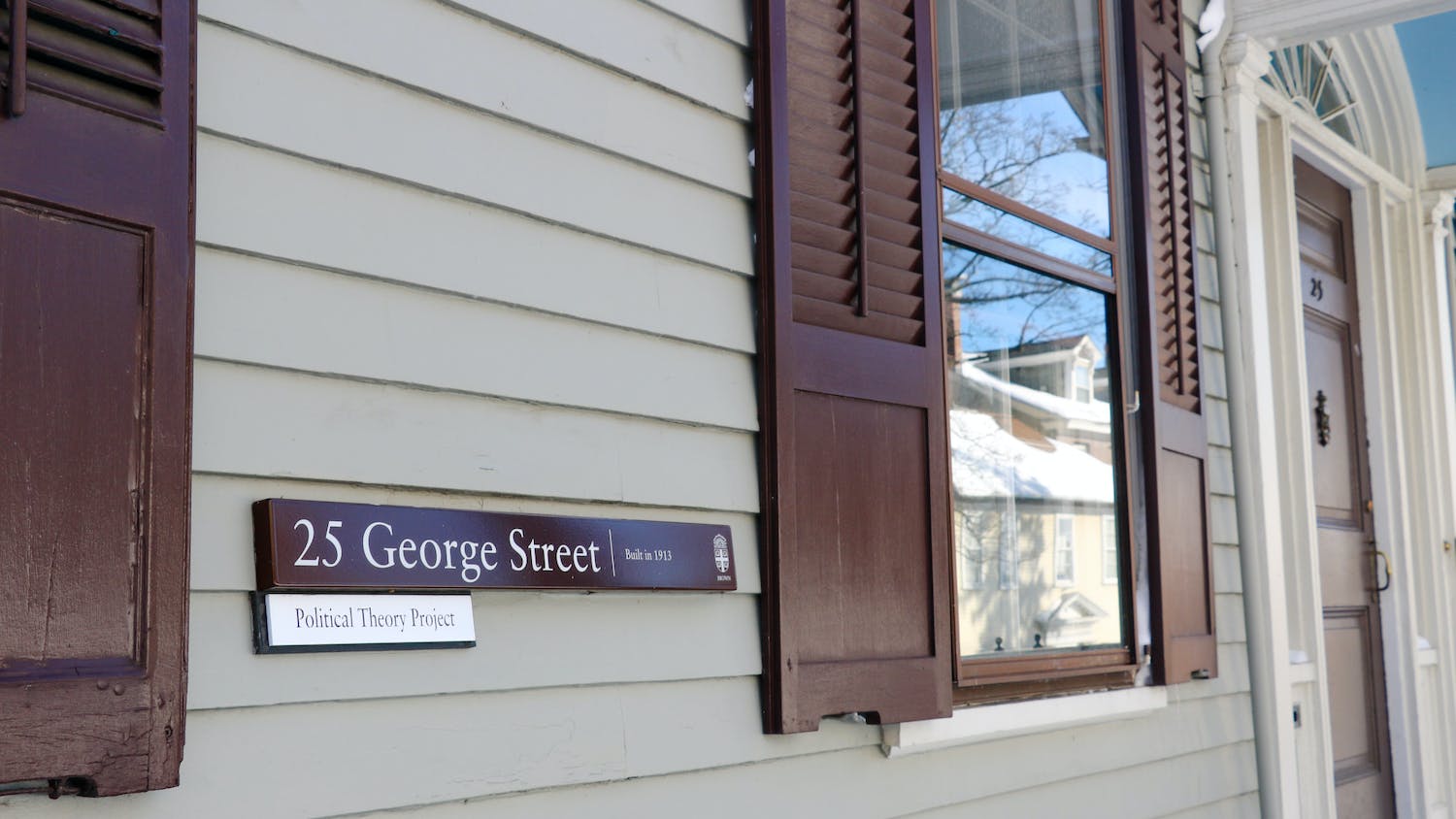 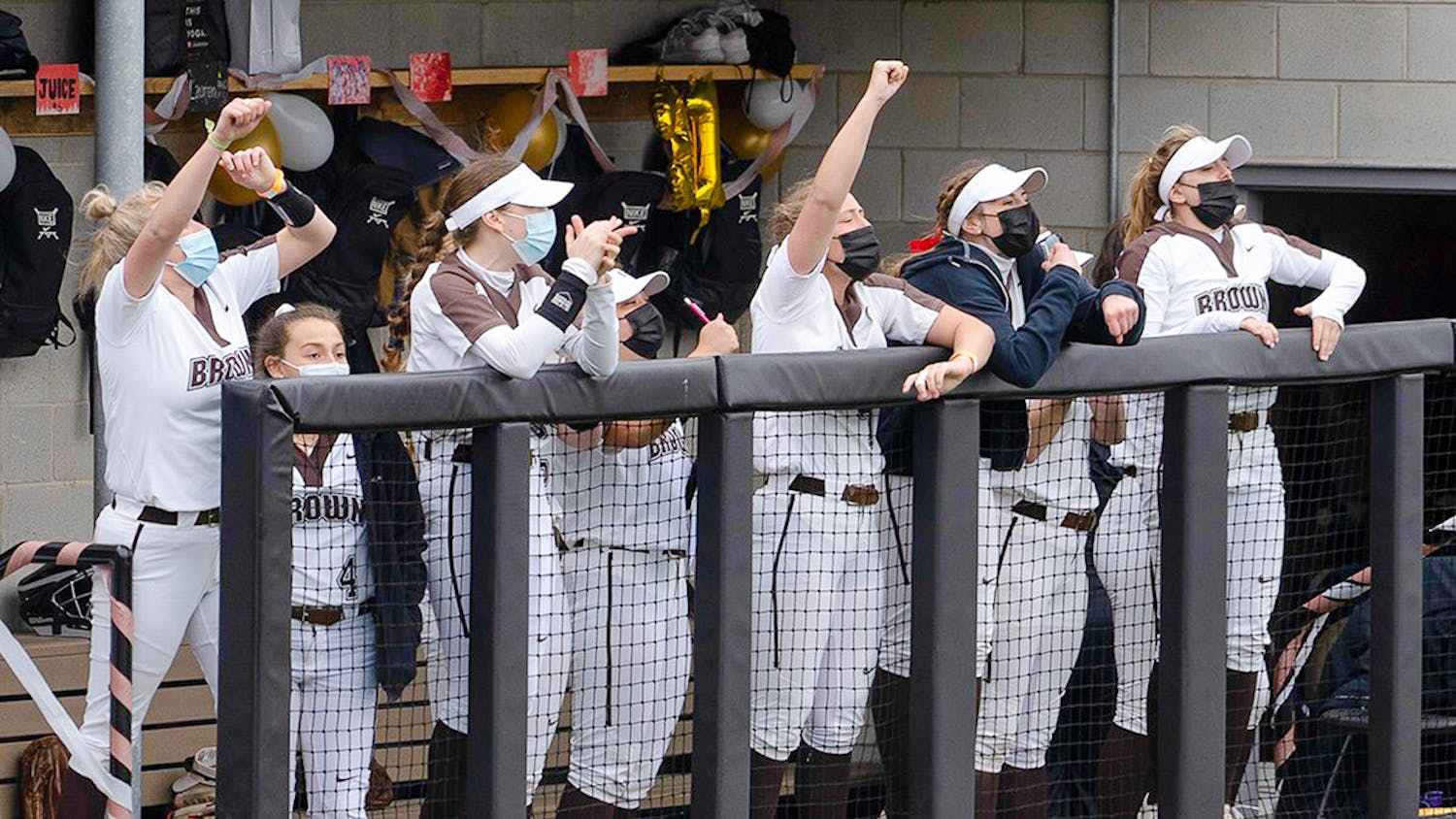