For most students at Brown, shopping period marks an eventful start to the semester. Chemistry students get to drop into poetry workshops, English concentrators visit language classes and engineers try playwriting. But for Visual Art concentrators, the process has become a source of anxiety.

“It’s actually pretty difficult,” VISA concentrator Rena Jiang ’23 said in reference to shopping period. “This year, when I shopped (VISA 1320:) ‘Painting II,’ the cap was 12. There were maybe 20, 25 people there.”

Harshini Venkatachalam ’23 had similar feelings. “As a VISA concentrator, I have found it a little bit stressful,” she said. “I wasn’t able to get into any classes during preregistration.”

In preregistration for VISA students, seniors have an advantage because of their early registration time, and only a few seats are saved for underclassmen and declared concentrators, according to Department Chair and Professor of Visual Art Leslie Bostrom.

“I think a lot of the problem is that preregistration lets in a random assortment of students instead of letting the professors decide who deserves to be in the class,” VISA Departmental Undergraduate Group leader Sylvia Atwood ’22.5 said.

Jiang emphasized this sentiment. “I kind of wish that VISA concentrators would get a little bit of priority,” she said. She explained that the current shopping process is one in which “most of the time you kind of have to keep showing up to class, beg professors (and) get lucky.”

According to Bostrom, who has taught at Brown since 1988, the department is “just exploding with concentrators right now.” This past semester alone, 25-30 students chose to declare VISA, taking even Bostrom by surprise.

Bostrom wrote in an email to The Herald that high levels of class demand lead to what she called “a bottleneck effect.” Older students who couldn’t take classes due to pandemic restrictions now find themselves competing for seats with younger students, she explained.

Bostrom added that the department “can’t stuff classes right now.” COVID-19 procedures are forcing professors to maintain a commitment to size caps, and studio spaces simply cannot physically accommodate all those working in them, she said.

Jiang said that while shopping “Painting II” — a course where every student needs a painting space — “there literally just wasn’t enough space in the studio to support all of the students.”

The lack of seats available is also a result of faculty shortages, according to Atwood. Bostorm also mentioned Brown’s earlier decision to “reduce humanities professors down to three courses a year … took seven courses off our docket.”

The concentration’s foundational courses, namely VISA 0100: “Studio Foundation,” can be particularly hard to get into, according to students. Competition between aspiring VISA concentrators and students simply looking to take a general art class at Brown often makes this gateway course a point of major frustration.

When Venkatachalam wanted to take VISA 0100, she didn’t get in through the lottery and had to shop several sections in the hopes of getting a spot. When Jiang shopped the course during her freshman year, she described the room as being at roughly “150% capacity.”

Even for students who have managed to complete the gateway courses, registration struggles still ensue for concentrators. Though concentrators said that course requirements do ultimately get filled, their completion can occur in a last-minute manner that leaves some students scrambling.

“I have, I think, four or five classes that I need to do next year,” Venkatachalam said. “Some of it is probably on me, but some of it is definitely because I don’t always want to try and try and try to get into classes.”       Atwood added that “there are VISA concentrators who are juniors who are just now taking a VISA class for the first time since their freshman year when they took VISA 0100.”

There are other options available when it comes to satisfying upper-level studio requirements, such as taking classes at the Rhode Island School of Design or opting for an independent study project — which Jiang is currently doing. “It’s a really good way to get around not getting into classes,” she said. The issue is less about meeting requirements and more about getting into the courses she wants to take, she added.

As a result, VISA concentrators said they must be persistent shoppers. “You have to be there,” Yolizbeth Lozano ’22, another VISA DUG leader, said. She added that professors are typically receptive to emails from prospective students and are “very accommodating and willing to make a space for you.” The issue, she explained, is less a result of professors’ willingness to take on additional students but rather limitations on physical studio space with pandemic restrictions in place.

Though concentrators do get some priority during regular registration — “that’s part of our obligation,” Bostrom added — the recent “explosion” of VISA students makes that advantage less valuable.

Atwood also expressed concerns about the difficulty of enrolling in VISA classes for non-concentrators.

“I think there’s a disconnect between the ideology of the departament in that art should be for everyone and it should be something that everyone gets to build into their schedule,” Atwood said. She mentioned that many students who took and enjoyed art classes in high school but don’t necessarily want to concentrate often find themselves unable to continue their artistic studies in college.

In a Feb. 4 meeting, VISA faculty gathered to discuss the department’s high-demand and low-availability issues.

“We have been asking for ‘dirty space,’” Bostrom wrote. These “dirty spaces,” Bostrom explained, are places “where you can do sculpture, printmaking, charcoal drawing and other messy things.”

“I will be asking for that again,” she added. Bostrom has already managed to add an extra drawing class and plans to request another section of VISA 0100 from the University as well.

Going forward, the department has also decided to make concentrators its primary concern. “We have so many concentrators who cannot get into classes that we decided we have to prioritize them in registration for the fall,” Bostrom wrote. Non-concentrators will still be allowed into VISA classes, but their registration status will largely depend on them showing up on the first day of class.

Although she acknowledged that there is no perfect fix in which everyone who wants to take a University art class gets to do so, Bostorm wanted to “emphasize that the University is responsive.” Lozano, Atwood, Venkatachalam and Jiang spoke of their appreciation for what the department has done for them and other concentrators.

“Even though shopping and getting into the classes brings a lot of uncertainty, I still really like being a VISA concentrator,” Venkatachalam said. “And I really like all the classes I’ve taken so far.” 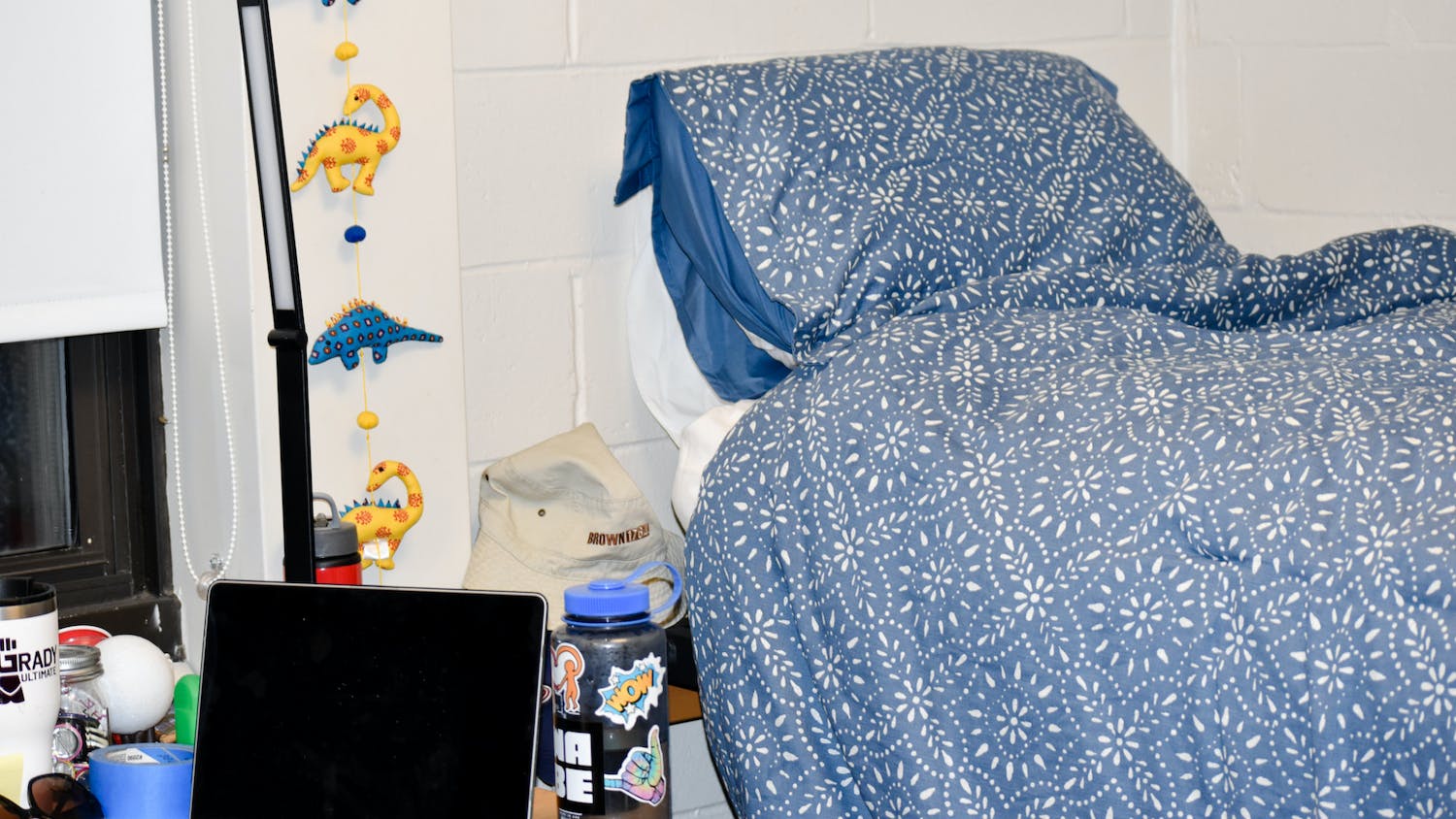 U. faculty work to accommodate students in isolation