On a snowy Friday afternoon, Wickenden Street is empty. Nearly every store has an “open” notice in the window or folding sidewalk sign out front to invite passersby inside.

But underneath Wickenden’s peaceful exterior, shop owners and employees told The Herald that businesses are working tirelessly to stay afloat.

Confronted with supply chain issues, as well as challenges with recruitment and employee retention, Wickenden shop workers have relied on creativity and loyal customers to keep their doors open.

Amy’s Place, a longtime breakfast food staple of Wickenden Street is one of the businesses has had to adapt in the pandemic

Amy’s Place opened in 2000, and as manager for the last eight years, Ariana Morookian has witnessed its evolution.

“It’s a happy, fast-paced workplace environment,” Morookian said. “It can be physical, but overall it’s nice.”

In March 2020, Amy’s closed for the first few weeks of the pandemic before transitioning to a takeout-only model. “We had limited staff — only about two to three people,” Morookian said. “We had to make constant modifications with mandates and keeping up with supplies.”

Amy’s has continued to adapt by working to find ingredients affected by supply chain issues and hiring new employees. The restaurant now has six to seven employees working on weekdays, Morookian explained — about triple what it had before.

“Finding employees was tough for a while,” Morookian added. “At first no one wanted to work. They were scared to come in, and some wanted to get unemployment” benefits.

Morookian credited Amy’s overall staff retention to the restaurant’s namesake and boss, Amy Cary. She “is generous,” Morookian said. “She takes care of her employees, and lots stay because of that.”

Not only has Amy’s improved its employee recruitment and retainment, but business has also picked up this year. A hybrid model combining online to-go orders and in-house seats has helped significantly, Morookian said.

“It took a few months to get back into business and build back clientele” after reopening, Morookian said. “But we’re doing very well.”

One of Wickenden’s newest arrivals, Urban Thread — a designer consignment store that opened in August 2021 — has faced COVID-19 while establishing its presence on the street.

“Especially in the summer, we had a lot of foot traffic,” said Urban Thread owner Mindy Britto. Now, the store is quieter and sees an unpredictable flow of customers.

“There’s no rhyme or reason,” Britto said. “Before COVID, we could predict which days would be busy. Now it’s just random.”

Though Urban Thread opened mid-pandemic, Britto explained that the space has always been a consignment shop. She worked as the manager in a consignment store at the same location before COVID-19, and when that shop’s owner shut down the store during the pandemic, Britto chose to purchase it. Britto had always wanted to run her own store and studied merchandising, textiles and design at the University of Rhode Island.

“We have full control over what we take” to sell in the store, Britto said. She said she only takes clothes that she thinks will appeal to her customers and fit the store’s aesthetic.

“Our niche is affordable designer and luxury items,” Britto added. But COVID-19 challenged this notion.

“The things people are buying are different now,” Britto said. “A lot of people are still working from home or just not getting dressed up.”

Urban Thread adapted its stock to appeal to the current, more comfortable fashion trends. The store has chosen, for instance, to accept fewer high heels to sell in, instead opting to carry flats and boots.

Britto emphasized that until then, community support will be essential to the store’s survival.

“We have lots of supportive consignors and customers who come in weekly to support us,” Britto said. “We really appreciate that.”

Unlike Amy’s and Urban Thread, Pizza Marvin has not been adversely affected by COVID-19, on balance.

“COVID has been amazing for us,” said Pizza Marvin co-owner Robert Andreozzi.

Andreozzi explained that unlike most businesses, Pizza Marvin was designed in the middle of the pandemic and therefore was equipped for COVID-19 when it opened in December 2020.

“We knew what we were getting into,” Andreozzi said. “We knew we had a long road ahead and that whatever we created needed to be flexible.”

When Pizza Marvin first opened, no one was allowed inside; rather, patrons would pick up their orders from a takeout window. But this didn’t faze co-owners Andreozzi and Jesse Hedberg.

“I’m not sure any food is more adept to takeout than pizza,” Andreozzi said.

As COVID-19 regulations have evolved, Pizza Marvin has opened with various capacities for indoor dining. While 50% of Pizza Marvin’s orders in the summer were takeout, that number has risen to 75% this winter.

Andreozzi calls the store a “modern pizza parlor.” There is a gumball machine in the middle of the restaurant and a projector for movies on the back white brick wall. The tables are covered in a classic red and white checkered design and pizza is served on paper plates.

“This isn’t what I thought I would do with my first restaurant,” Andreozzi said. “The city of Providence does a good job making it easy for small businesses to go from idea to brick and mortar.”

Down the street from Pizza Marvin is another new business that opened during COVID-19: Small Format, a queer, cooperatively-run open-air art gallery and cafe.

San Wade, an employee at Small Format, described the cafe as “courageous” and a “community love project.”

“It’s enterprising in a noncapitalist way and resilient as hell,” they added.

Since its opening, Small Format has encountered and overcome challenges. “Nothing would keep going without the many queer people who put so much love into the shop,” Wade said.

Recently, the cafe confronted a shortage of hazelnuts, an ingredient used in many of its drinks.

“And two weeks ago it was tomato,” Wade said. “We have had so many logistical and supply chain challenges. But we just roll with the punches.”

Wade explained that the staff changes the space with each new art show.

“As someone of the queer community who moved during COVID and was looking for community, Small Format stood out,” Cho said.

Wade was similarly struck by Small Format. “I was walking through Wickenden Street looking for a job when I came across Small Format,” they said. “I remember seeing the giant pride flag and queer ally triangle outside.”

Cho credited the Providence community with Small Format’s success, emphasizing the cafe’s appreciation for the community.

“So many people have passed through,” they said. “They see the love here and share it back.” 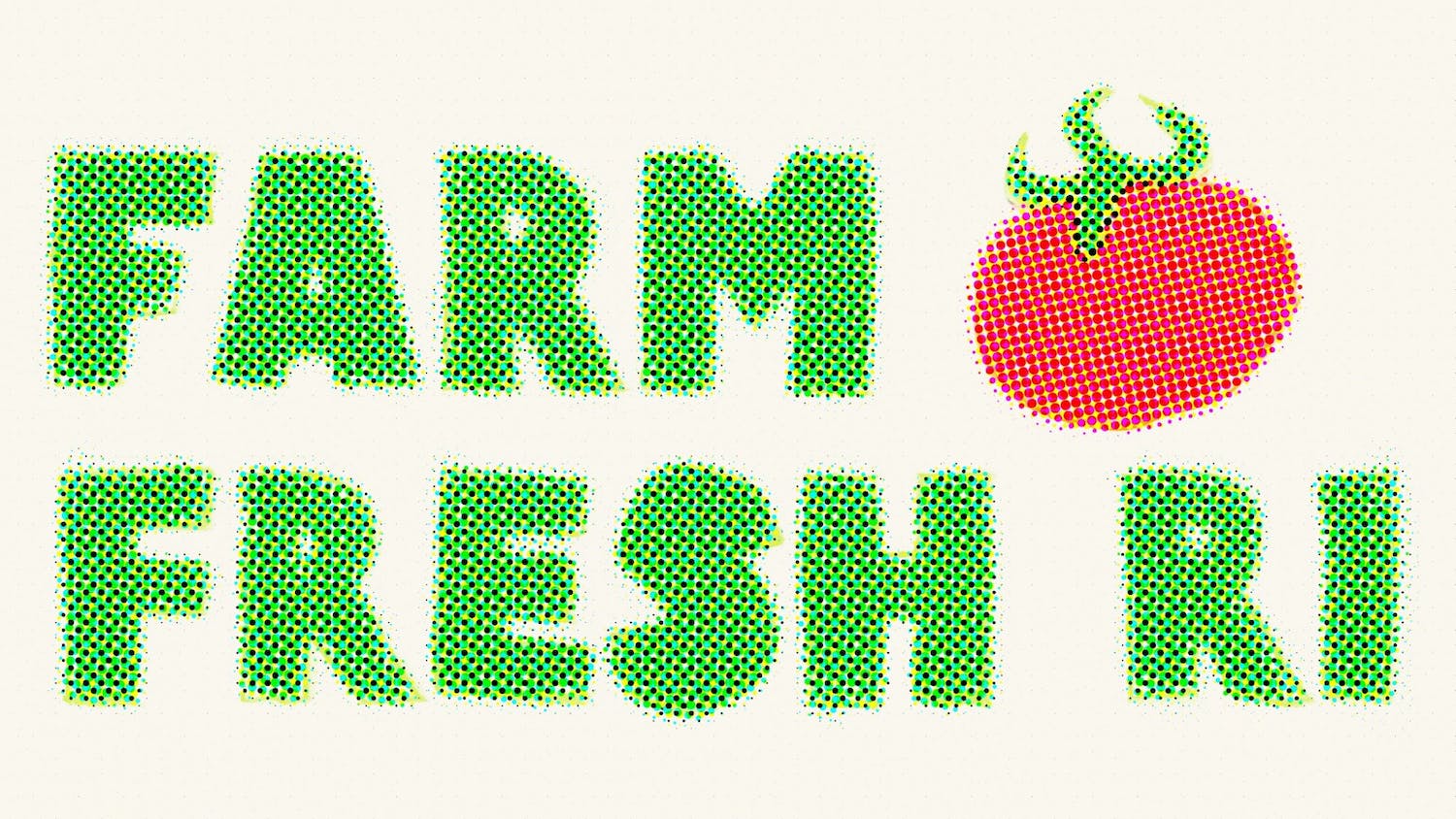