‘You just live from one moment to another’: Ukrainian students respond to ongoing Russia-Ukraine war

Worries in Ukraine about the possibility of a full Russian invasion of the country have been present since Russia annexed Crimea in 2014. But tensions heightened in October when Russian president Vladimir Putin increased military presence around the Russia-Ukraine border, The Herald previously reported. On Feb. 24, the Russian military invaded Ukraine.

The Herald spoke with Ukrainian undergraduate students about what the Russian invasion has meant for them, their communities and their families back home.

Nazarii Koval ’25 was studying for a chemistry midterm when a friend alerted him about the invasion. “I opened the news,” he said. “At that moment … everything just stopped.” Koval immediately called his parents, who weren’t aware of the situation because Cherkasy — a city two hours south of Kyiv where they live — had not yet been affected.

Artem Kyrylov ’24 experienced a similar shock upon hearing news of the invasion. “I couldn’t speak, I couldn’t think,” he said. “Even a few days after I learned (about the invasion), I had a hard time processing the reality of what’s happening.” For days, Kyrylov said he was in denial, hoping the situation would subside rather than become a full-on war.

For Koval and Kyrylov, maintaining contact with their families in Ukraine has been an integral part of dealing with the crisis.

Kyrylov has family all over eastern Europe, but his father chose to stay behind in Kyiv to help refugees and the humanitarian aid effort. The family connects every day through video chat to cheer each other up. These talks have been a source of “stability and stoicism,” Kyrylov said.

But not everyone has had the opportunity to stay connected with family during this time. In the port city of Mariupol, which Artem Agvanian ’25 calls home, Russian airstrikes during a siege of the city cut off communication services.

“There is no connection to the city whatsoever, therefore I wasn’t able to contact my parents for” a week, Agvanian said.

The official civilian death toll from Russian attacks in Mariupol is about 2,400, though local officials estimate the true number of casualties is higher. Along with the interrupted communication services, “there have been problems with food and water because humanitarian aid is not going through (during) the siege, because the Russian military doesn’t allow it,” Agvanian said.

Living in a constant state of fear has become the reality in Ukraine, Kyrylov said. For his friends in central Kyiv, the sounds of bombs being dropped over neighbourhoods has become a daily wake-up call. “Many would spend nights in underground shelters,” Kyrylov said. “Every time they tried to come out … there had been another siren tossed around.”

The Russian invasion has caused the daily lives of Ukrainians to deteriorate significantly, Koval said.

“One day my brother went to school, and the next day everything was canceled,” he said. “Stores are closed, schools are closed, public transportation is rarely going through the city. Everyone has a curfew.”

Ukrainians in Koval’s city of Cherkasy are living “from one danger drill to another,” Koval said. “Everyone has some stuff packed already in case there is a warning and you need to go. You just live from one moment to another.”

Ukrainian undergraduate students on campus said they are living with a daily sense of worry about their loved ones in Ukraine. For the last two weeks, Koval has built a routine balancing academic work with personal responsibilities.

“I tried to dive into work as much as I can to avoid thinking about” the invasion, he said. “During the day, it is easier because my parents are awake.” But after 6 p.m. eastern time, when his parents usually sleep, Koval said that he monitors the news so he can inform his parents in case a warning is issued.

As Ukrainian students continue to navigate the situation in the middle of the semester, many noted that University teaching staff, administrators and the general Brown community have remained supportive.

“I’ve got extensions on things I couldn’t get done on time … lots of mental health support from friends here and abroad,” said Kyrylov. He was also happy to know that there are other support resources available at the University, should one need them.

Agvanian believes the University’s response to the crisis, which President Christina Paxson P’19 detailed at a March 1 faculty meeting, “is responsible and something all big institutions, especially in the realm of education, should do.”

Kyrylov also commended the University’s preparations to house Ukrainian scholars through organizations such as the Scholars at Risk network and the New University in Exile Consortium.

As the future of the conflict between Russia and Ukraine remains uncertain, Koval’s pride in his Ukrainian identity has only increased. “Just seeing that everyone, from the smallest child to an old man, (is doing) everything that they can to support the army and support each other,” he said, “it just makes me very proud.”

Kyrylov’s pride in his Ukrainian identity extends to the armed forces. “I am — and I think everyone is — incredibly proud of our armed forces,” he said.

The conflict between the two countries has had far-reaching effects on the surrounding region, according to Kyrylov. Through his family in Lithuania and Poland, Kyrylov has learned that “people in most countries (in the region) are worried that they might be next,” referencing fears of a return to Soviet-era Russian control of the region.

As the conflict rages on, Ukrainian students on campus are largely hopeful for a peaceful resolution. Agvanian spoke about the importance of Russians withdrawing their support from Putin’s policies.

“I believe that lots of (Russians) do not want this meaningless conflict because they understand that this is only harming Ukrainians,” Agvanian said. “I also believe that this is a good wake-up call to take a look at your government.”

Both Kyrylov and Koval emphasized the importance of diplomatic talks between Ukraine and Russia, but remained adamant that Ukraine not give up any of its territory.

“What we don’t want is Russia to force us into a deal … but it’s also unlikely that we will resolve this conflict solely militarily,” Kyrylov said. “A ceasefire will be a good first step.”

“I strongly believe that by the end of the conflict, Ukraine should gain its territories back with the borders” from before Russia invaded, Koval added. “ We just want what was part of our country back." 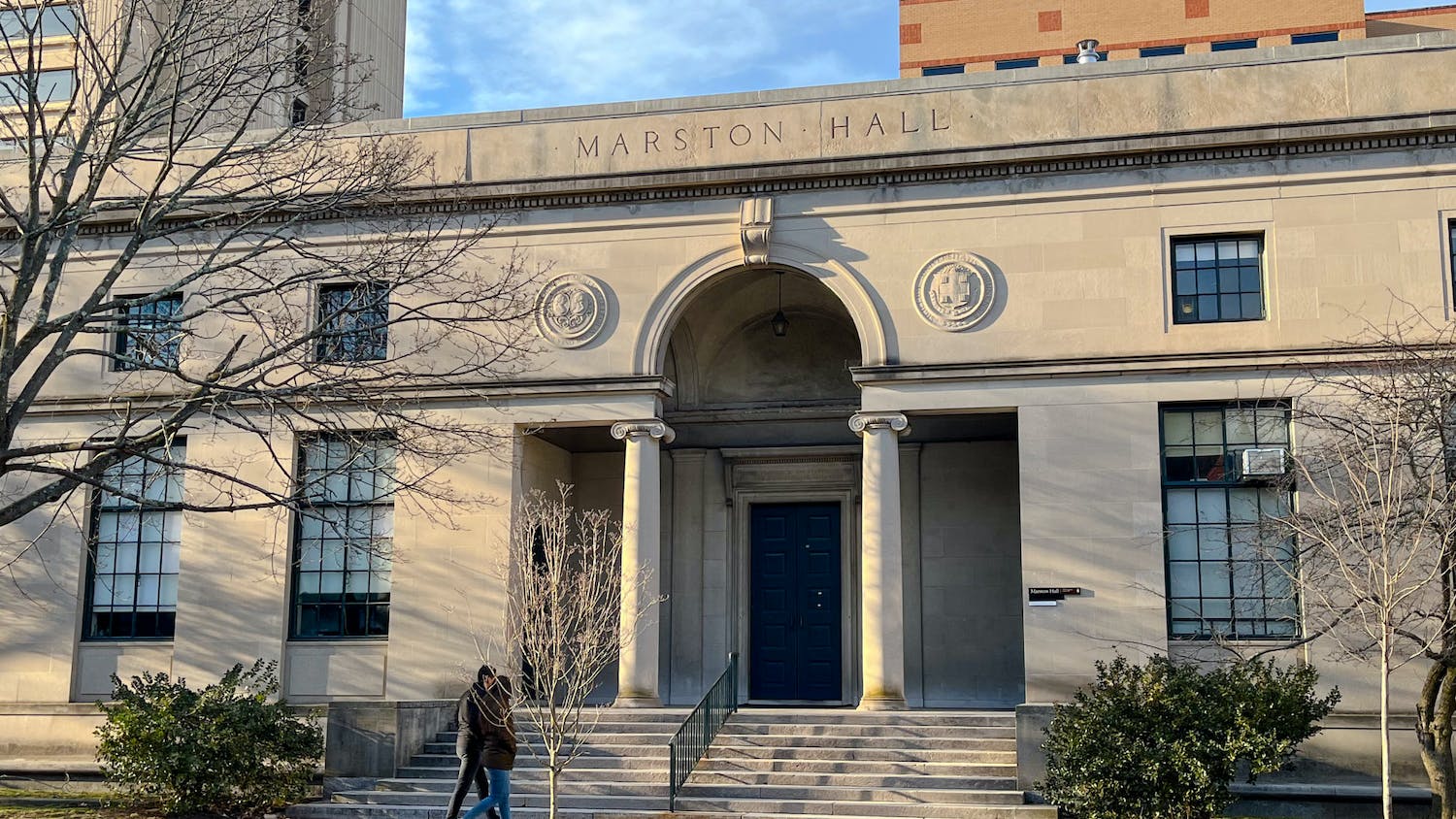 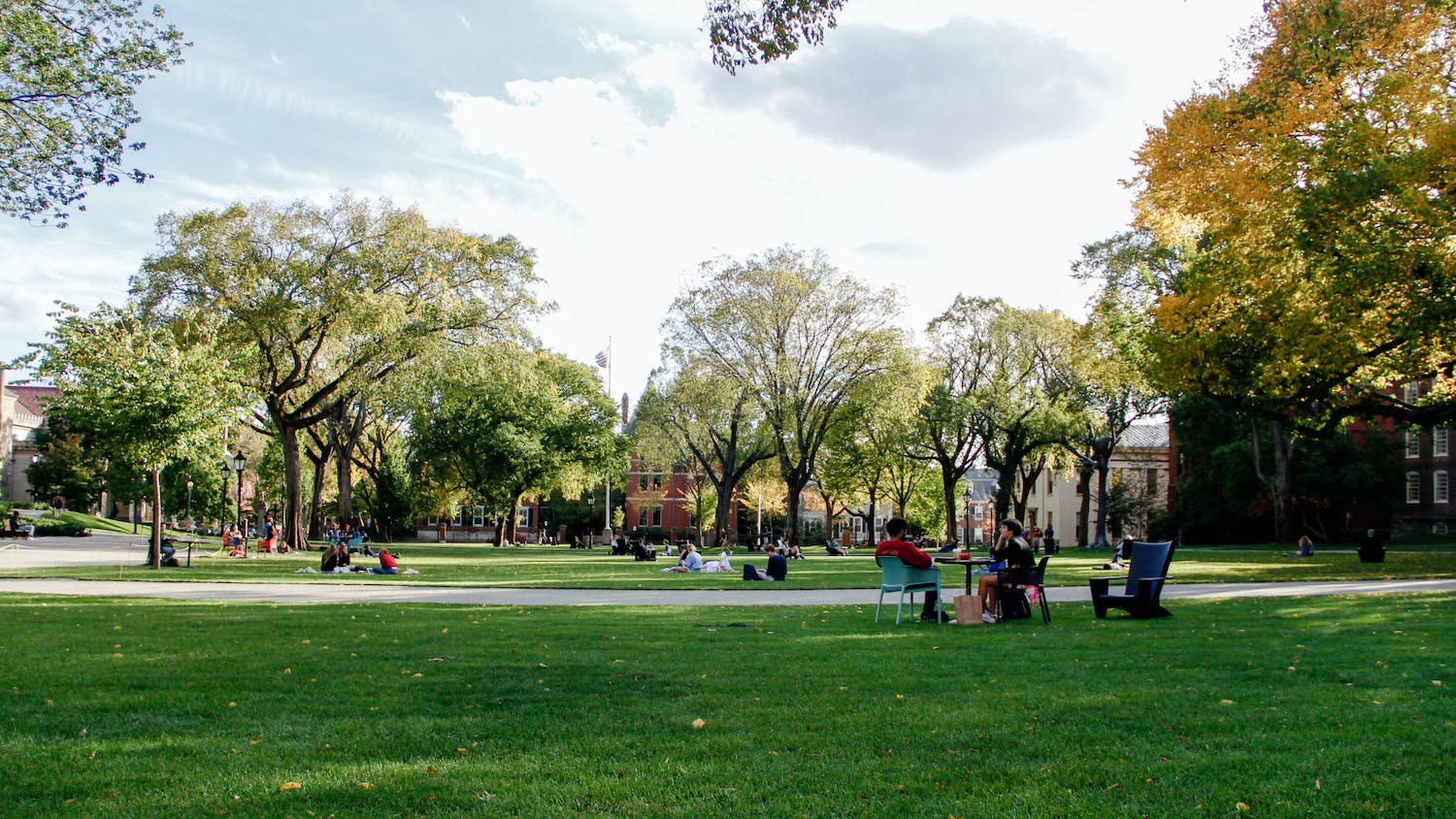