Brown’s Divine Rhythm Step Team hit the stage of List Art Center Room 120 on Friday night with its annual show, “Codename D.I.V.I.N.E.” The performance was the group’s first since the pandemic began in the spring of 2020. It involved the work of 10 steppers, a lively crowd and a master of ceremonies performance by Maryclare Chinedo ’22.

The show was spy-themed and followed the journey of a group of recruits as they made their way through a spy academy (Act I) and onto their first mission (Act II). It began with the steppers surprising the audience from behind, snaking their way through the aisle to Henry Mancini’s “The Pink Panther Theme”. From there, they hopped onto the stage, got into formation and then the first step commenced — steady, resounding and in unison.

By the time the show ended, the recruits had a completely new confidence surrounding them. They had traded in their black t-shirts for camouflage ones and added glow stick jewelry. The stage lights had been switched to a deep red, and music filled the air in contrast to the first act’s relatively speechless steps. The recruits continued to make music with all parts of their bodies — feet, hands, chest, etc. — but they took some of their steps to the floor this time, which elicited excitement from the audience.

Divine Rhythm member Aidan Harbison ’25 described this last step, known as the Clapback, as one of his favorites.

“I love the feeling of doing all this really fast, and then you just fall back as hard as you can into the floor, and you just lay there, and you can kind of just rest,” he said.

Harbison is one of Divine Rhythm’s newest steppers. He auditioned in the fall with a friend who had been stepping all throughout high school. But, like some other team members, he didn’t have any step experience.

“She kind of just dragged me to auditions and made me try out with her, and I ended up on the team,” he said.

Nonetheless, the group put together a cohesive performance that ultimately centered around what step is all about, according to Scott. “It (is) a way for people to make music with their bodies,” he said.

As co-captain, Scott explained that they handle a lot of the teaching of the steps; choreography, by contrast, is open to anyone on the team. Scott also helps to coordinate practices twice a week and communicates with other steppers, which can sometimes present difficulties, they added.

“There are only so many mirrored spaces on this campus,” Scott said. As a result, he explained that team members were learning choreography up until the week of the show.

“We were trying to tackle a lot of it early on and really pace it out throughout the semester,” said Scott. “But still, just the way it goes … there are so many communication things that have to be done last-minute.”

Both Scott and Harbison described a few minor technical difficulties occurring during the show.

“I feel like you’d have to be a very conscientious stepper to know what was going on,” Harbison said, referring to a slight musical delay.

“I think we had a really good audience,” Scott said. “All that matters to me is that the audience loved it.” The crowd offered continuous cheering and lots of clapping in response to the performance.

“It was so amazing to watch the dancers showcase their talent,” said audience member Isabella Yoo ’25. “I could tell how excited they were just to be on stage.”

Haribson said that significant work goes into preparing for the performance during rehearsals, from focusing on perfecting the choreography to fine-tuning timing.

“I’m proud of them, of course,” Scott said, referring to the team. “I know these steps are hard.”

‘The Northman’ stuns to the very core 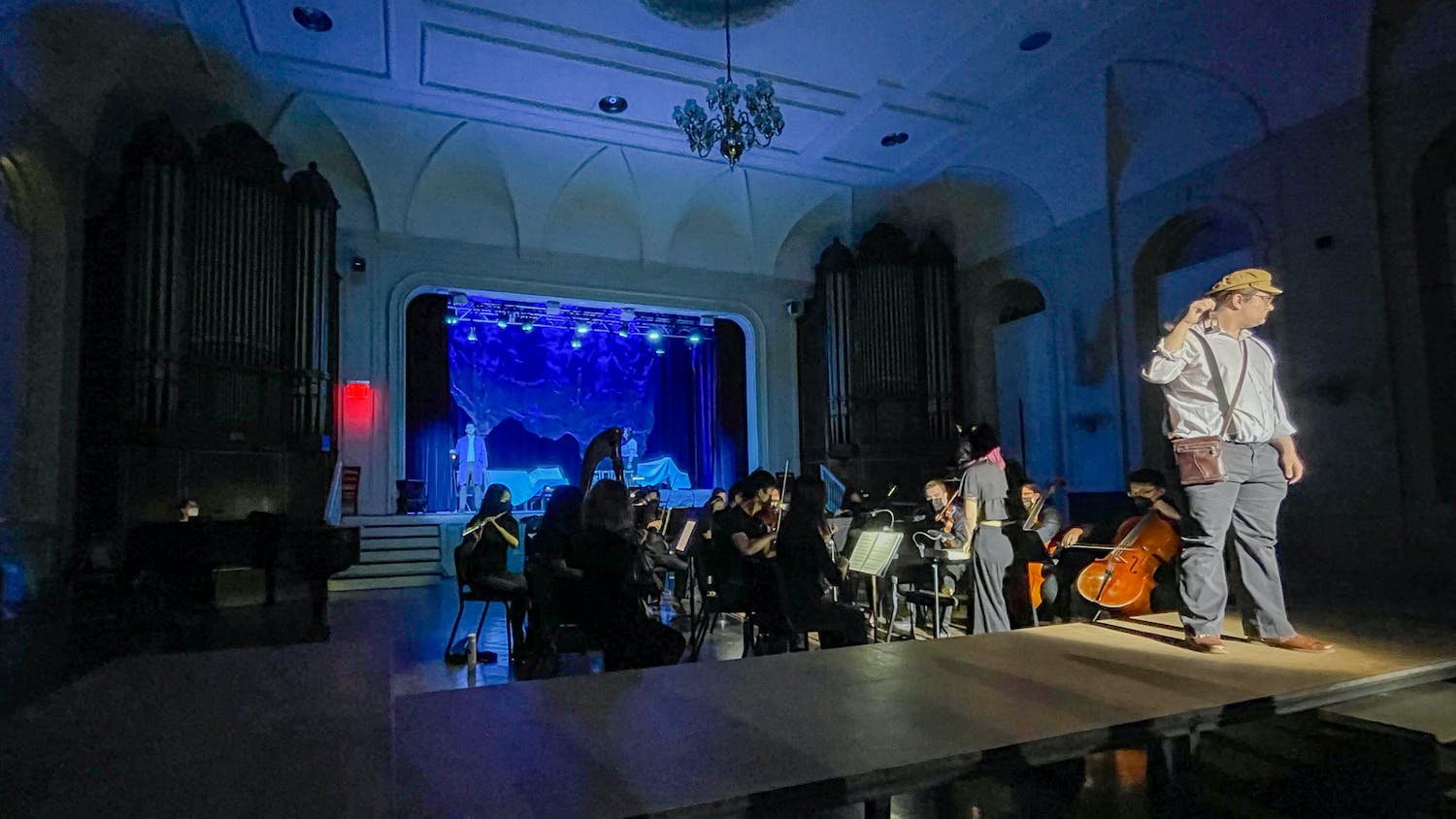