​​We all are probably perceiving our Commencement day in different ways. Some of us may be happy or excited, others are nervous and melancholy and some are likely experiencing all these emotions at once. Over these past four years, we have learned how to better understand the perceptions of those around us. But Brown has also prepared us to expand our own perception of what is possible to be anything that we want.

I recently went through an experience reminding me firsthand that perception of the world around us is variable from person to person. In my case, I have been living my whole life thinking that the way I stand and walk, skills that most take for granted, was considered normal — only to find out in college when I spoke to a physical therapist that my hips were not even in the correct position and my feet were not in the proper alignment.

I had no idea that there was even something wrong, because the way I lived and walked was tied to my perception of “normal.” I still played sports, walked to classes and did the things that the people with the so-called “normal” hips were doing. I never knew there was any other way to walk or stand, let alone that out of all of the options, mine was the incorrect one. There was never a comparison of what those around me were experiencing, because the way I walked was working for me and my life at the moment. I just knew that I moved a certain way and never realized that other people were not moving that same way themselves. Which begs the question: What does it even mean to perceive something as normal?

Let’s start with the “normal” college experience as an example. There’s often a clear track that people are following with their classes, their extracurriculars, their friend groups. There are times when what we are doing in our own lives feels right to us when we are alone behind closed doors, but when we then speak with others about their lives, it may feel like what we are doing is actually incorrect. Maybe you have had an experience over the past few years where you felt like you were not participating in the right amount of clubs, or just frankly the wrong clubs. Or perhaps you took classes out of genuine interest but were concerned that they would have little practical use after graduation.

Now change your perception just a little bit. What you learned from those random or obscure clubs can join together to give you a combination of skills that nobody else has had before, such as the ability to combine dance and environmental activism. Those classes you took with the intention to expand your mind might just bring you to a niche job or field of study that previously lacked visibility, but needs more trailblazers like you to help it reach its full potential. The world needs people that can see beyond the classic pathways of life and are willing to take a chance with their ideas, thoughts and dreams.

Brown is a stepping stone for embracing these types of uncharted territories and broadening our perception of what the future can look like. Even if nobody else perceives the same type of future you can imagine, you can still come back to our 10- or 20-year reunion explaining how you made that future happen. For example, before attending Brown, I had not been content to imagine myself in just one discipline. In elementary school, I used to tell people I wanted to be both a teacher and a rockstar. While I no longer plan to sell my concert tickets during recess and be like a real life Hannah Montana, Brown has prepared me for a career that combines my multiple interests, however niche they may be. For me, that is by working at the intersection of neuroscience, law and medicine. Starting from freshman year, I would wake up and take Neurobiology one morning followed by American Politics the next day. And there was the time in my History of Law class when I spoke about vaccine trials and medical ethics for my presentation on a “Great Trial,” as opposed to a classic courtroom case. I perceived seemingly disparate fields to be combined as one and went to work making that a reality. Now, I will be attending law school after graduation and plan to also apply to medical school to help bridge the gap between lawyers, doctors and scientists.

So no matter where you go after Brown, no matter what you do, take this perception with you. The perception that what other people do is great for them, but has no bearing on your own personal journey, academic or otherwise. Over these past four years, college has afforded us the opportunity to find what is great for us. Now, moving forward, it is time to go find what is great for you. Yes, there are common ways to proceed after we leave here, and those are also great opportunities for making the world a bit better. But do not forget to think back to those little ideas that pop into your head from time to time that you silenced because you did not know how to make them feasible at that moment. Do not forget the aspirations you had that people thought were crazy and impossible. Maybe it was crazy and impossible in their perception of the world, but in yours… the opportunities are endless. So walk through those gates on graduation day and into the direction you want your life to take you, even if your hips are in a different position and your feet are in a different alignment than the person walking next to you. 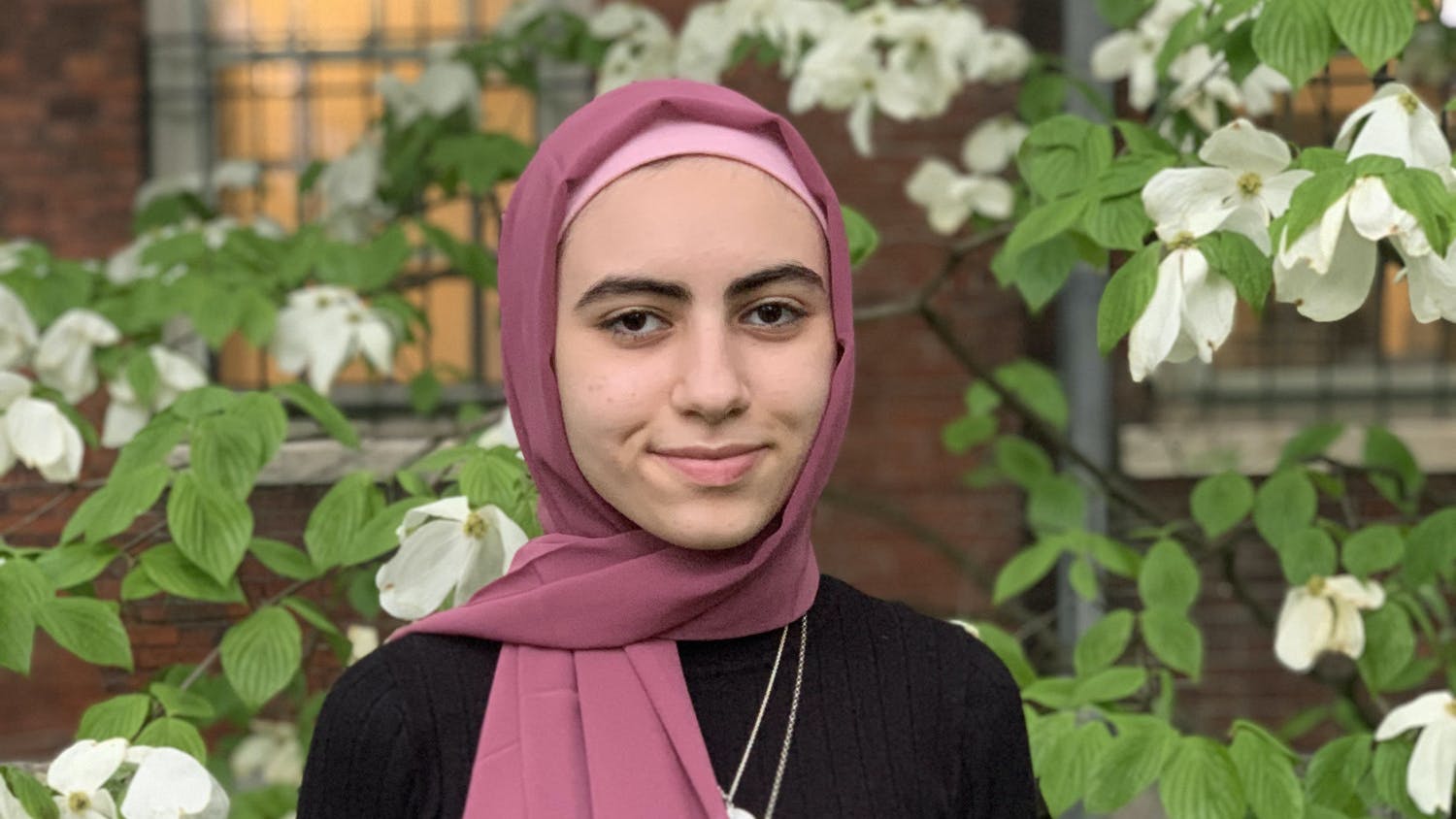