James Tilton, who prefers to go by Jim, begins his mornings in a classic 1860 colonial farmhouse in Clinton, Conn. He then embarks on a one-hour journey to College Hill, where he works as the University’s dean of financial aid.

While it might seem like a less-than-ideal commute, he has taken the ride up I-95 for the last 15 years — and will continue to do so until he retires from the Office of Financial Aid in December.

Tilton began working for the University in September 2006 after stints at the financial aid offices of universities such as Yale and Columbia, and a role with the U.S Department of Education reviewing educational policy. His total tenure in higher education spanned 40 years, according to a Today@Brown announcement from Provost Richard Locke P’18.

That tenure began with a “call from then-Dean of Admissions Jim Miller,” an old colleague from Tilton’s time as Director of Financial Aid at Yale, who invited him to speak to a group of students at the University, Tilton said.

“I fell in love with it,” Tilton said. “I just found there’s just this sort of wonderful feeling about the place … and, surprisingly, they offered me the job.”

Tilton noted that when he first started working for the University, “we really didn’t have competitive financial aid compared to other institutions.”

But when the office brought that matter to the University’s top-level leaders, including the president, they showed “instant concern” that the University should be doing something differently, he said.

The University’s offerings eventually expanded through the 2018 Brown Promise, which eliminated loans for all undergraduate financial aid packages.

And last fall, the University committed to need-blind admissions for international students by the class of 2029 and announced it would cover the cost of tuition for most families making $125,000 or less, The Herald previously reported.

“That was a very proud moment for me,” Tilton said. “What kept me excited about what we were doing is that we kept looking for ways to do more. … We learned from our students and our families (about) what was needed.”

Tilton described both of the presidential administrations he has served under — that of former President Ruth J. Simmons and President Christina Paxson P’18 — as “stellar.”

Simmons “made a huge commitment to financial aid,” and her “administration was right on board” when “big decisions had to be made to change our financial aid programs” in 2008, Tilton said. He praised Paxson’s “wonderful sense of looking at the total picture of need on our campus” and highlighted the introduction of last fall’s initiative targeted at middle- and moderate-income families.

As a veteran of the U.S. Navy, Tilton also commended Locke and Paxson’s work in 2019 on admitting veterans on a need-blind basis while meeting full financial need.

“Jim has led the financial aid office during a time of tremendous momentum in increasing affordability and access for students attending Brown,” Paxson wrote in an email to The Herald.

“We are fortunate to have benefited from Jim’s leadership, collegiality and strong belief in the importance of increasing access to education for all students,” Locke said in the Today@Brown announcement.

Looking back on his time in the financial aid office, Tilton was emphatic that the institution was responsive and “knew the importance of financial aid.”

“I had a really good run here,” he said. “At some point, my peers (at other schools) were actually envious.”

One of his few regrets, he said, was that he “really didn’t get to spend a lot of time with students” outside of overseeing a student-based financial aid advisory board.

“I worked at six other institutions,” he said. “This was a group of students who … I was always impressed (with).” Tilton specifically emphasized Brown students’ dedication to supporting one another and their caring, friendly and helpful approach to community.

The national financial aid landscape has changed dramatically over Tilton’s tenure. Most recently, the Biden administration announced that it would forgive up to $20,000 in federally-held student loan debt.

“Anything that can be done to help reduce some of the incredible loan debt that students and families are facing is and will be very helpful,” Tilton said.

He also pointed to recent changes at Princeton, which updated its financial aid policy to provide full financial coverage — including by reducing summer earnings expectations — for families making less than $100,000, as a move in the right direction.

Princeton “has recognized that students need to be able to have summers off to do internships,” Tilton said. He added that he and Locke are still talking about student responsibility and summer earnings expectations as part of financial aid.

After working in collegiate financial aid for decades, Tilton was clear that the future of the field would center on “paying attention to our middle- and moderate-income families.”

Tilton pointed to the University’s Book/Course Material Support Program as an example of financial support for moderate and middle-income families, noting that it “really was a game changer.”

“This last (fundraising) campaign was a $500 million request for financial aid,” he said. “Making sure to endow the financial aid program is a huge task … (but it) would really help make these changes last.”

On a personal note, Tilton was happy to say that he would have more time to visit his grandchildren in California after he retires.

“I think I’m just gonna take a little time and enjoy it and relax a little bit,” he said, mentioning that his husband of 46 years was also retired.

Tilton said that he hopes “to stay involved in (education) in some way,” possibly through the College Board’s Board of Trustees, which he has previously sat on.

“I’ve worked at several different places throughout my career, (but) … this job has been the most fulfilling,” he said. “I’m lucky to have worked here, and I’m ready to go.”

But Tilton noted he’s not ready to let go of the Brown community entirely: He could still see himself “showing up for football games.” 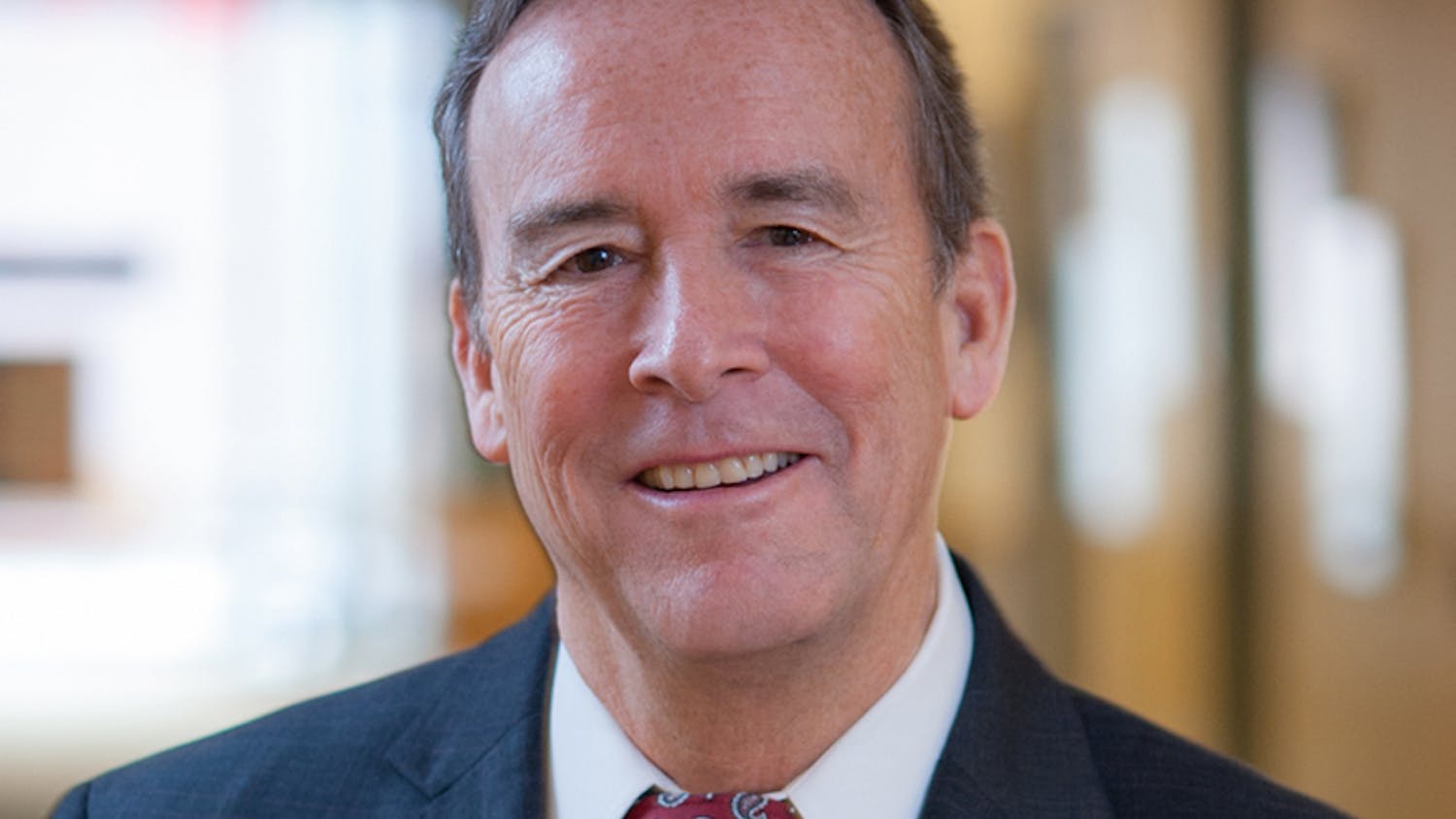