Director Olivia Wilde and her film, “Don’t Worry Darling,” can’t get a break from the headlines; there are rumors that lead actress Florence Pugh refuses to do press, the motives for Shia Labeouf’s leave from the film are being brought into question and the timeline of Wilde’s infamous relationship with singer Harry Styles isn’t adding up.

Besides a brief appearance at the Venice International Film Festival, Pugh has stayed away from the film’s press tour, allegedly due to an on-set feud with Wilde over the movie’s marketing being focused on the director’s now-boyfriend, Harry Styles, rather than the film itself.

According to Wilde’s claims, Styles was hired after she fired Shia Labeouf, but recently released videos and texts from Labeouf don’t corroborate this claim — rather suggesting the actor left on his own accord.

The timeline of Wilde’s relationship with Styles is also unclear. Jason Sudeikis, Wilde’s fiancé of seven years, claims to have been “blindsided” by her relationship with Styles after they formally announced their breakup in November 2020. Wilde was publicly served custody papers for her and Sudeikis’ children at Cinemacon 2022 as she was about to air the trailer of “Don’t Worry Darling'' for the first time.

The only drama in this saga that doesn’t involve Wilde is the latest pop-culture debate: Did Harry Styles spit on Chris Pine at the Venice International Film Festival’s premiere of “Don’t Worry Darling?” The answer? No.

At this point, it’s hard to remember that this situation is more than a pop-culture journalist’s wet dream and that there is even a movie at the center of the chaos.

“Don’t Worry Darling” follows Alice (Florence Pugh) and Jack Chambers (Harry Styles), an attractive and happy couple living in the 1950s utopia town of Victory, California. All of the men spend their time working on the Victory Project — led by its intimidating leader, Frank (Chris Pine) — which is a secret endeavor where the wives are told their husbands are developing “progressive materials.” The women spend their days cooking and cleaning, waiting with a cocktail in hand for their husbands to return from work. Everything about Victory appears to be perfect — until one of the many wives, Margaret (Kiki Layne), begins to have “hallucinations” and questions the true purpose of the town. At first hesitant, a series of events lead Alice down a windy road to discover the truth of her seemingly idyllic life.

The premise of the film might seem overused, but its twists and turns have the viewer on the edge of their seat, especially nearing the film’s conclusion. Just when you think you know where the movie is headed, it spins itself around and whips up an ending that will make you ponder the film for days. “Don’t Worry Darling” isn’t explicity a political piece, but it doesn’t shy away from discussing toxic masculinity, feminism and how far people will go for their own personal gain.

There are some moments in the film that feel unanswered by the end. While most of these details aren’t entirely important to the plot, one question still lingers: Why did Margaret and Alice start “hallucinating” in the first place? You watch the film waiting to see if it’ll be explained, but it never is. This is a pattern with less-vital moments throughout the film as well. One symbol, a plane, appears throughout the beginning of the film, strongly suggesting that it might be used as a plot point later — but never is. Why would Wilde seemingly highlight one symbol for one part of the movie and then never address it again?

This leads to another questionable action on Wilde’s part: Why in the world did she advertise this as a movie focused on sex and “female pleasure,” when this doesn’t end up being a meaningful theme? Based on the trailer and Wilde’s comments throughout the press tour, a viewer might think they’re being brought into a film where the sex is constant and vital to the plot — Pugh, on the other hand, criticized viewers for reducing the movie to its sex scenes. In reality, there are only two sex scenes, both within the first half of the movie, and neither portray anything extraordinary.

But everything about the film is so visually appealing that it almost distracts you from some of the issues surrounding the almost two-hour long saga — the setting is beautiful, the cast is attractive, the color themes elicit happiness, the costuming is spectacular and the hair and makeup never misses, especially toward the latter part of the film. Matthew Libatique’s cinematography, complimented by a moving score by John Powell, is incomparable and completely immerses you into the world of Victory with Pugh as your fierce guide.

Florence Pugh completely owns this film and will easily be granted an Academy Award nomination for her role; her dedication to each and every scene is self-evident. Pugh’s range and talent will have you cheering and crying for her the entire time. If her prior acting roles haven’t solidified this enough, her role as Alice will place her as one of the the top young actresses of her generation.

Chris Pine deserves an honorable mention for his portrayal of Frank, which he delivers with just the right amount of sadism, charm and attractiveness to make him a believable antagonist. Scenes of Alice and Frank arguing back and forth, particularly at the Chambers’ dinner party, completely holds the audience at the edge of their seats as the two master their craft.

The film heavily lays itself on the shoulders of Pugh and Pine, especially in the scenes where Styles is present. Styles isn’t a bad actor — he’s able to successfully deliver the role of the sexy, domestic, loving husband — but he struggles when he has to step outside of this two-dimensional shell.

Styles does shine at a company party where he shows his unequivocal passion for the Victory Project, a scene which leads the audience to fear and recognize how brainwashed he truly is, but only a few scenes later, he delivers a laughable meltdown that’s ostensibly meant to emotionally trigger the audience. There’s also no explanation for why Jack is British in a town where only one other person has a foreign accent, which seems like a lazy move to make the scenes easier for Styles, who is originally from England.

Wilde’s sophomore film isn’t necessarily a slump, but it’s unfortunately been clouded by a distracting press moment and questionable directing moves. Hollywood’s most talked about movie, “Don’t Worry Darling,” might not be perfect — but just like the drama surrounding the film, it sure is entertaining. 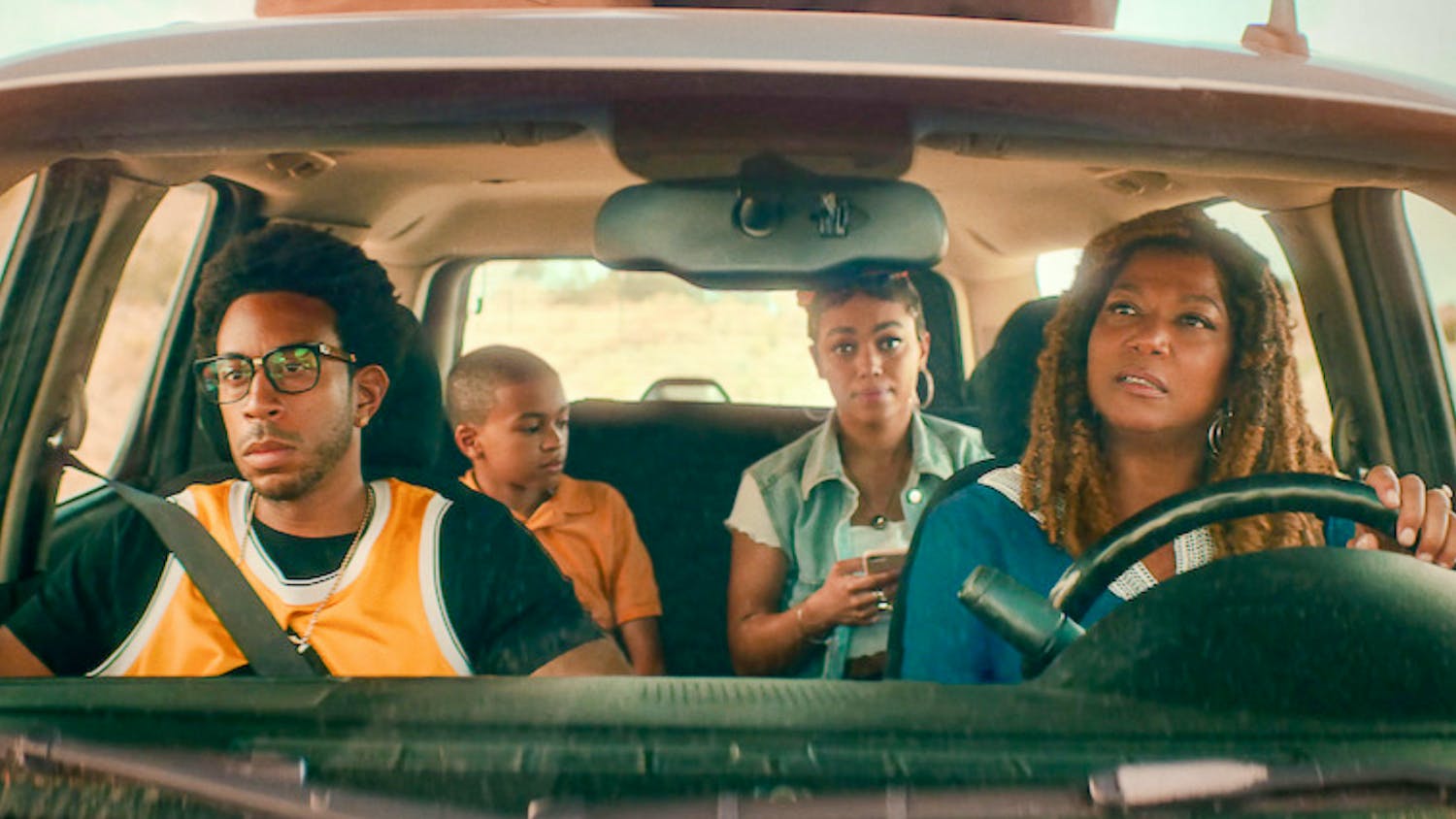