The football team (1-0) completed a comeback effort to defeat the Bryant University Bulldogs (0-3) 44-38 in their season opener, the Bears’ first overtime victory since a 2016 home win over Cornell.

The Bears, led by a standout performance by quarterback Jake Willcox ’24, won the game in second overtime after intense back-and-forth scoring throughout the matchup.

Head Coach James Perry ’00 emphasized the importance of the “full team” effort that was necessary for the win. “A lot of hard work goes into pulling that off,” Perry said. “When you play a really good football team like today, I know they put the work in and when they lean on each other and the leadership of this team in critical moments, we have a lot to build off of.”

Despite striking first, the Bears struggled to hold the lead throughout the game. Brown got on the board with 2:48 to play in the opening quarter as kicker Christopher Maron ’25 completed a 39-yard field goal for a 3-0 lead. But Bryant struck back quickly, breaking free for a 100-yard kickoff return touchdown to put the Bulldogs ahead 7-3 on the ensuing possession.

After an interception on a Brown offensive possession, Bryant had a first and goal opportunity that led to a 26-yard field goal with 1:54 remaining in the second quarter. Brown ended the half behind the Bulldogs 10-3.

The game continued to be a back and forth battle as both teams traded touchdowns to open the second half. Bryant scored on a 40-yard touchdown pass less than four minutes into the third quarter. Brown then responded with running back Jordan DeLucia ’25 making a 50-yard run to the endzone to score the first Brown touchdown of the season and cut the deficit to seven.

Bryant's lead went back to 14 with a 24-yard touchdown reception with 5:15 remaining in the third quarter, putting pressure on Brown’s offense as the clock wound down.

Wide receiver Hayes Sutton ’23 ignited the Bears’ offense in the beginning of the fourth quarter with a 40-yard reception to give Brown a possession. With the momentum in their favor, Brown’s defense was quick to respond as cornerback Harrison Ochs ’23 intercepted a pass on Bryant’s next possession. Brown was then within scoring position, allowing Willcox to hit wide receiver Graham Walker ’24 for a 30-yard pass into the endzone. On the extra point attempt, the Bulldog defense blocked Maron’s kick to keep the 24-23 lead.

With 7:30 remaining in regulation, Brown’s defense continued their heroics as cornerback Cooper DeVeau ’23 picked off a pass to once again raise the energy for the Bears. But Brown’s offense couldn’t connect following the turnover and was forced to punt, giving Bryant the chance to score the go ahead touchdown with 2:35 remaining.

Down 31-23, Brown rallied for a last-chance effort after a 30-yard reception from Walker to put the Bears in scoring position. The offense continued to push its way to the one yard line, which resulted in a touchdown by second year captain Allen Smith ’22.5 as he leapt over the defense into the endzone. Down by two with the game on the line, Willcox connected with wide receiver Wes Rockett ’23 on the two-point conversion to even the score at 31 with 38 seconds left in the game, sending the game into overtime.

Smith said his confidence in the team never waivered, especially when it came to the pressures of an overtime situation. “I take a lot of pride in leaning in on all the guys,” Smith said. “There’s dispersed leadership among the whole team. When it comes down to it, you’d be surprised how slow the game gets. There’s time to breathe. Trust these guys to get the looks and really see how unbelievable the moment gets.”

To begin overtime, the Bulldogs won the toss and had Brown begin with the first offensive possession. The offense trudged through to the 23-yard line and on third and eight. Willcox connected with Walker, who leapt over his defender down the right sideline and received a pass for his second score of the game. Maron's kick was converted to give Brown its first lead since the opening quarter.

The Bulldogs responded on their ensuing offensive possession and scored the touchdown and extra point, forcing the game into a second overtime. Bryant started on offense for the second overtime and put pressure on Brown’s defense early. With a third and one situation for the Bulldogs, DeVeau cut off a pass attempt to the endzone. Another defensive stop on a run halted the Bulldogs from scoring.

With a chance to win the game, Willcox rushed for 23 yards on a third and 14 situation. This led the Bears to a first down that gave them first and goal. Brown won the game off a Smith run into the endzone untouched on second down, giving the Bears their victory in the overtime thriller.

Willcox finished the game with a 26-for-39 statline for 356 yards and three touchdowns. He credited his performance to his competitive nature.

“Growing up, that’s one thing my dad always preached to me: fight until the end,” Willcox said. “No matter what happens, as long as you keep fighting until the end and give it everything you’ve got, hopefully, everything will work out. Luckily today, the whole team came back and fought harder than anything and came out with the win.” 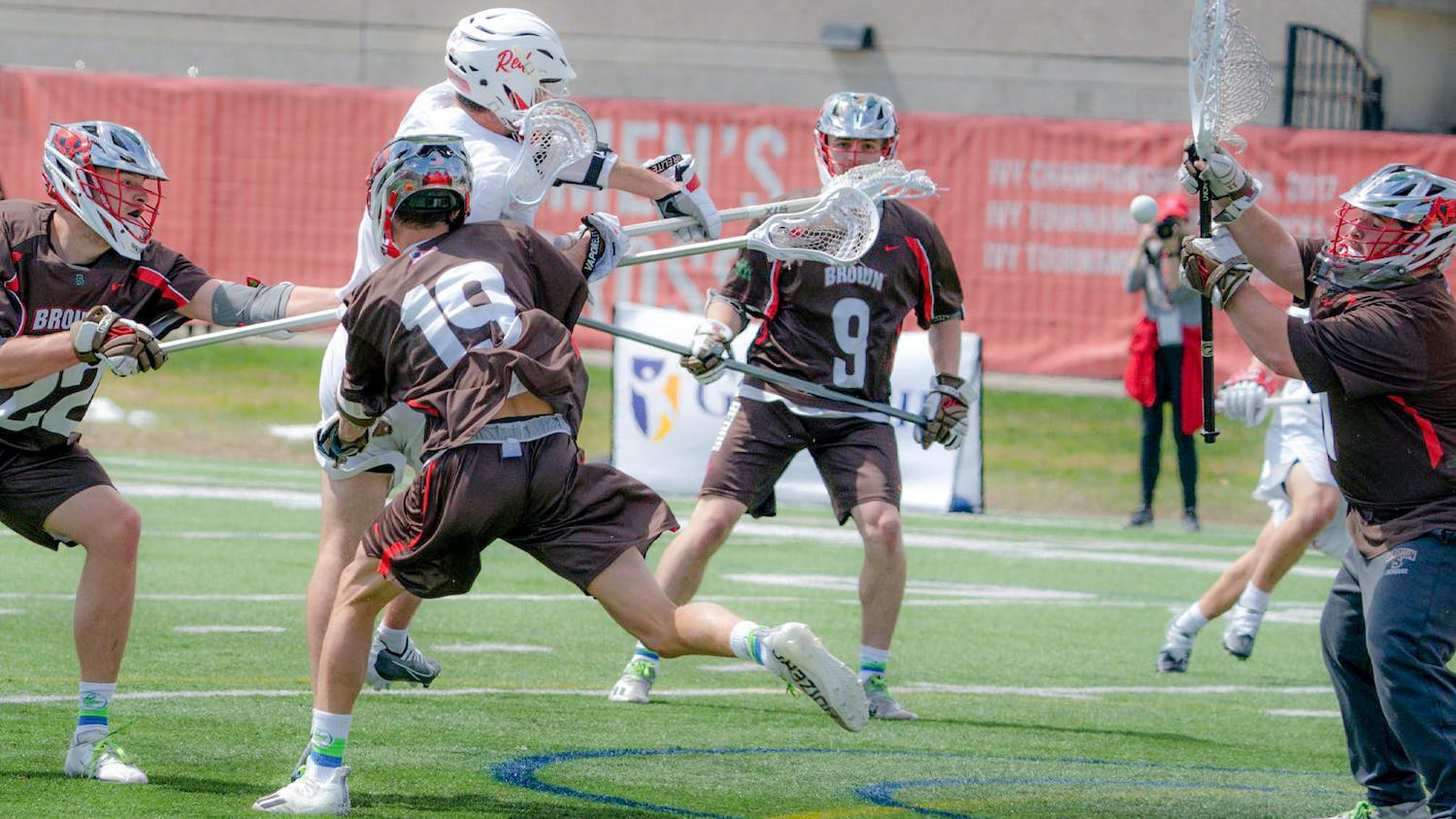 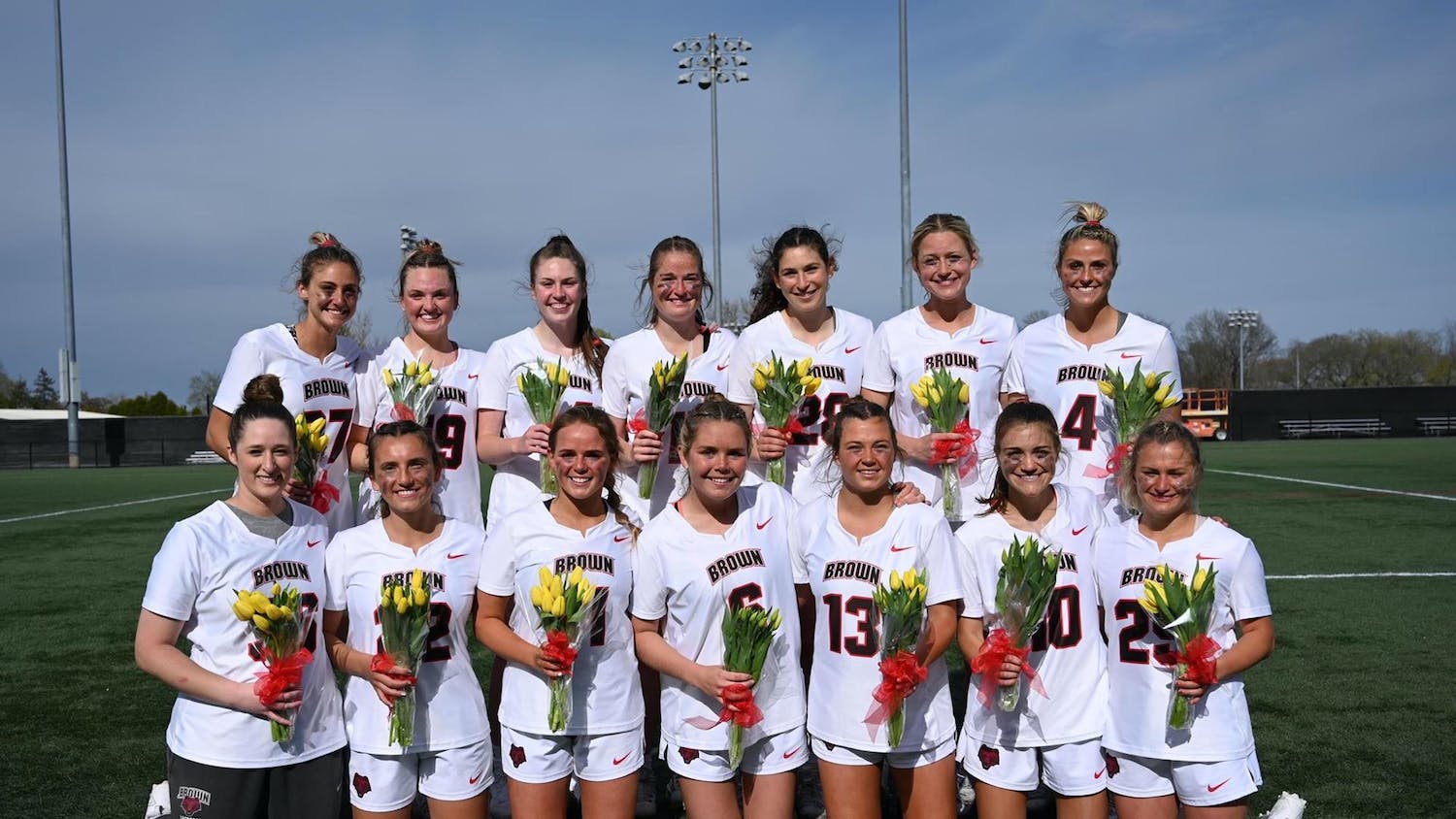