Self-censorship must have existed since humans first formed groups. Some powerful majority always decides which values, ideas and ways of being are permissible, and those who transgress these norms face the backlash of the community. As a result, we often censor ourselves, filtering out certain thoughts before we speak. For much of history, this dynamic has punished ideological, religious and especially racial minorities for their differences. Call it Puritanism, McCarthyism, homophobia or racism, societal norms have always been defined equally by what is forbidden as by what is encouraged. That marginalization has meant significant emotional and material damage to so many.

Today, we have a new variety of censorship, one which can be seen on campus: As alleged in a recent op-ed, community members tend to shy away from dissenting opinions and fear open discussion of contentious issues. Modern censorship culture theoretically operates the same way as its predecessors. It determines which values and ideas are most worthy and prescribes communal punishment when someone professes to believe otherwise. One might ask then, should we not be equally critical of this new iteration of an old problematic paradigm? The answer is no. Our censorship culture is characterized by a fundamental and redeeming difference — it is critical, not protective, of those in power.

The censorship we see today, this current set of societal parameters for acceptable speech, is a grassroots innovation, not the product of those in power. These standards for conduct — particularly prevalent at Brown where 71.8% of undergraduates describe themselves as liberal or very liberal — are centered on pushing back on eons of marginalization. Discouraging speech that might offend someone is not coddle-culture, it is a needed break from the past to lift up folks who have been harmed by structures of oppression. Frustration with ideas that further harmful systems is not thoughtless anger. It is the result of weighing the harm of silencing those ideas against the tangible harm that they have inflicted on generations of largely non-white, non-male people. Many of us, in society and on campus, have collectively agreed that remedying the latter, or at a minimum not making it worse, is worth quieting a voice or two along the way.

The main counterargument to this line of thinking is John Stuart Mill’s view, expressed in “On Liberty,” that more speech infused into the public forum means the ideas most in demand will prevail. If one is confident in their ideas, what is the harm in more speech? Having a robust civic conversation will flesh out ideas and flush out those that don’t pass muster. Mill’s view, articulated during a time of massive disenfranchisement and savage inequality, does not consider that not all speech is received equally. While Brown as a forum somewhat levels the playing field, there are still significant power imbalances between individuals on campus. The marketplace of ideas is not equitable. A first-year Undocumented, First-Generation or Low-Income student may not be as comfortable and fearless speaking up for their own identities when a topic like immigration arises as a senior who was raised by college graduates might. I write today as the latter, privileged to be unafraid to voice my views in these pages. Absolute silence is not necessarily the solution, but mindfulness is.

Few would argue that people should be shunned for advocating tax reductions or teaching religion in schools. But certain lines of inquiry are tantamount to disputing an individual’s humanity. Questioning a person with a uterus’s right to reproductive care is not neutral. It assumes a lack of agency, a reminder to womxn of centuries of violently stolen decision-making. Wondering aloud if affirmative action in college admissions is beneficial or harmful, as someone who is not a beneficiary of the program, bulldozes this country’s history of systemic racial inequality.

I am not calling on you to tamp down your intellectual curiosity and forgo personal growth for the sake of others’ comfort. Rather, I would encourage you to consider time, place and context. If you feel gnawing discomfort when a question comes to mind, ask yourself, “Why am I hesitant to bring this up? Will my friend feel demeaned and unseen? Will this colleague be reminded of a lifetime coping with similar ignorance?” Allow your discomfort to initiate a process of self-examination; allow it to be part and parcel of your journey. And then ask yourself what an appropriate avenue for answers would be — private conversation with a trusted friend, a meeting with a generous professor, a search on the better parts of the internet.

At the heart of my argument, I’m talking about respect. Thinking before we speak is nothing new; it’s a lesson we learn before we’re old enough to enter any classroom. Only now, instead of punishing those who dissent from oppressive historic norms, we call out white supremacy, classism and misogyny. 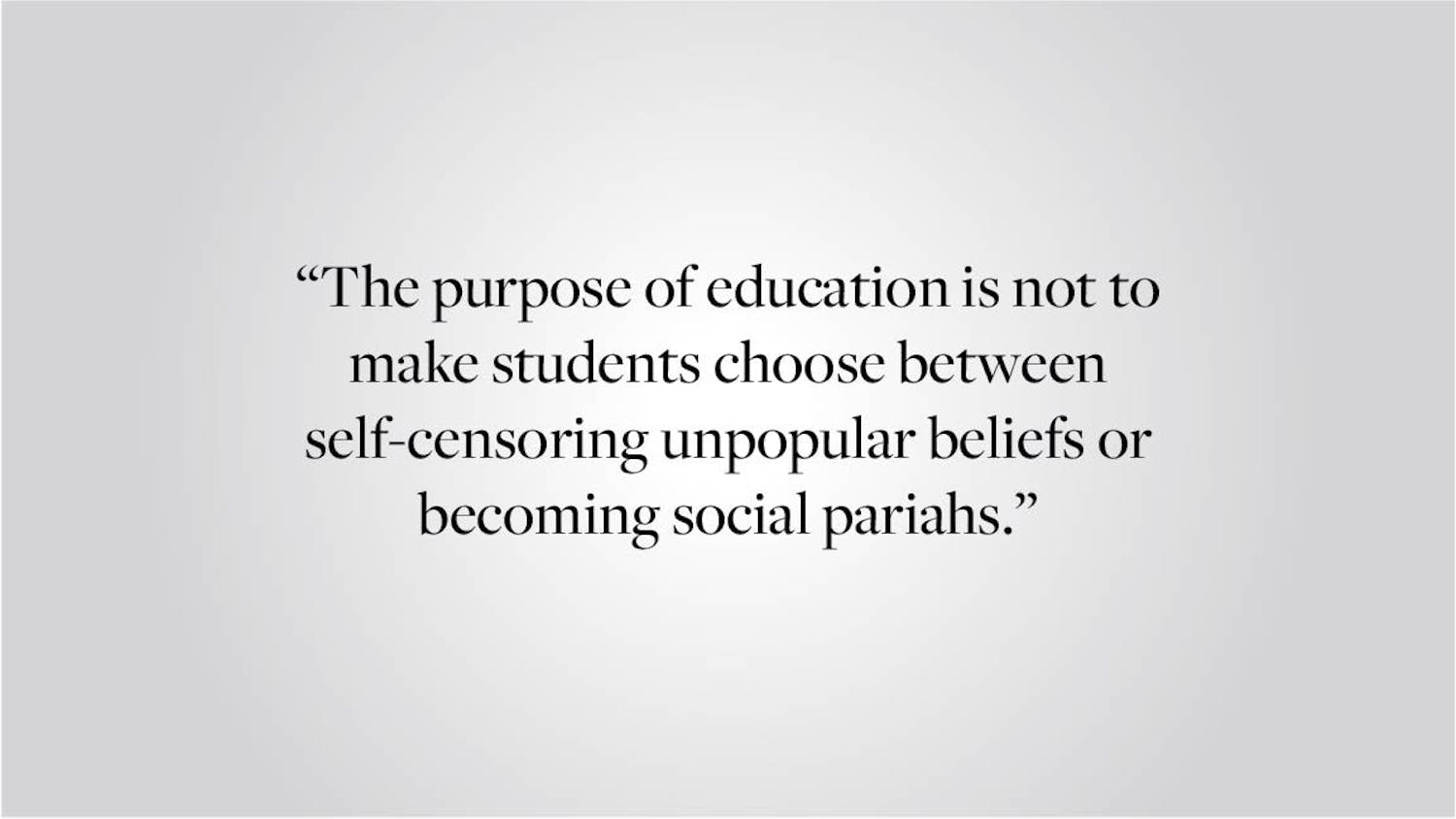 Fischer ’23: Brown must embrace contentious conversations to discourage a persistent culture of self-censorship