At the Providence Area Aging Research Forum this Tuesday, researchers presented two papers — one on pulmonary fibrosis and one on Alzheimer’s disease, which are the sixth and seventh biggest causes of death in the U.S. respectively.

PAARF, hosted monthly by the Brown University Center on the Biology of Aging, is open to Brown students and others in the Providence area, according to Aaron Berard PhD’16, associate director for the center.

“The idea is to encourage a discussion with the local Providence community about the biology of aging” and to encourage people without science backgrounds to learn more about the field, Berard said.

The monthly events also serve as a “low-pressure way” for graduate students to present their current research or recently published papers, Berard added.

Andrew Howes GS, a fifth-year PhD candidate in the therapeutic sciences program, described his work modeling the accumulation of cellular senescence — growth-arrested cells that accumulate with age — to study pulmonary fibrosis, a lung disease which thickens and scars the tissue in the lungs.

Howes said he became interested in studying pulmonary fibrosis in part due to the COVID-19 pandemic. “What’s going to happen to all those patients who were acutely affected by COVID-19?” said Howes. “What’s the aftermath — as patients age, are they going to develop pulmonary fibrosis?”

Howes examined how lung structure changes with age in pulmonary fibrosis patients, and found that older patients had greater irregularity regions in their lungs. As individuals age, he said, they become less able to clear out senescent cells — cells that have stopped replicating to avoid becoming cancerous — resulting in an accumulation of cells that can cause cancer and other negative health effects.

According to Howes, researchers are not exactly sure what causes pulmonary fibrosis, but it's especially important to understand its development as the American population ages.

“Alzheimer’s disease … (has) been studied for years and still hasn’t been cured, so we’re trying to figure out what’s causing this disruption in the neurons,” Connolly said.

His research focuses on CHI3L1, a protein that has greater expression in Alzheimer's patients. According to Connolly, CHI3L1 may initiate a dysregulated neuroinflammatory process, which causes the neurotoxicity and cognitive decline associated with Alzheimer's disease. Connolly said his research team’s goal is to better understand CHI3L1’s role in the brain so that eventually they can create a therapeutic to help Alzheimer’s patients. 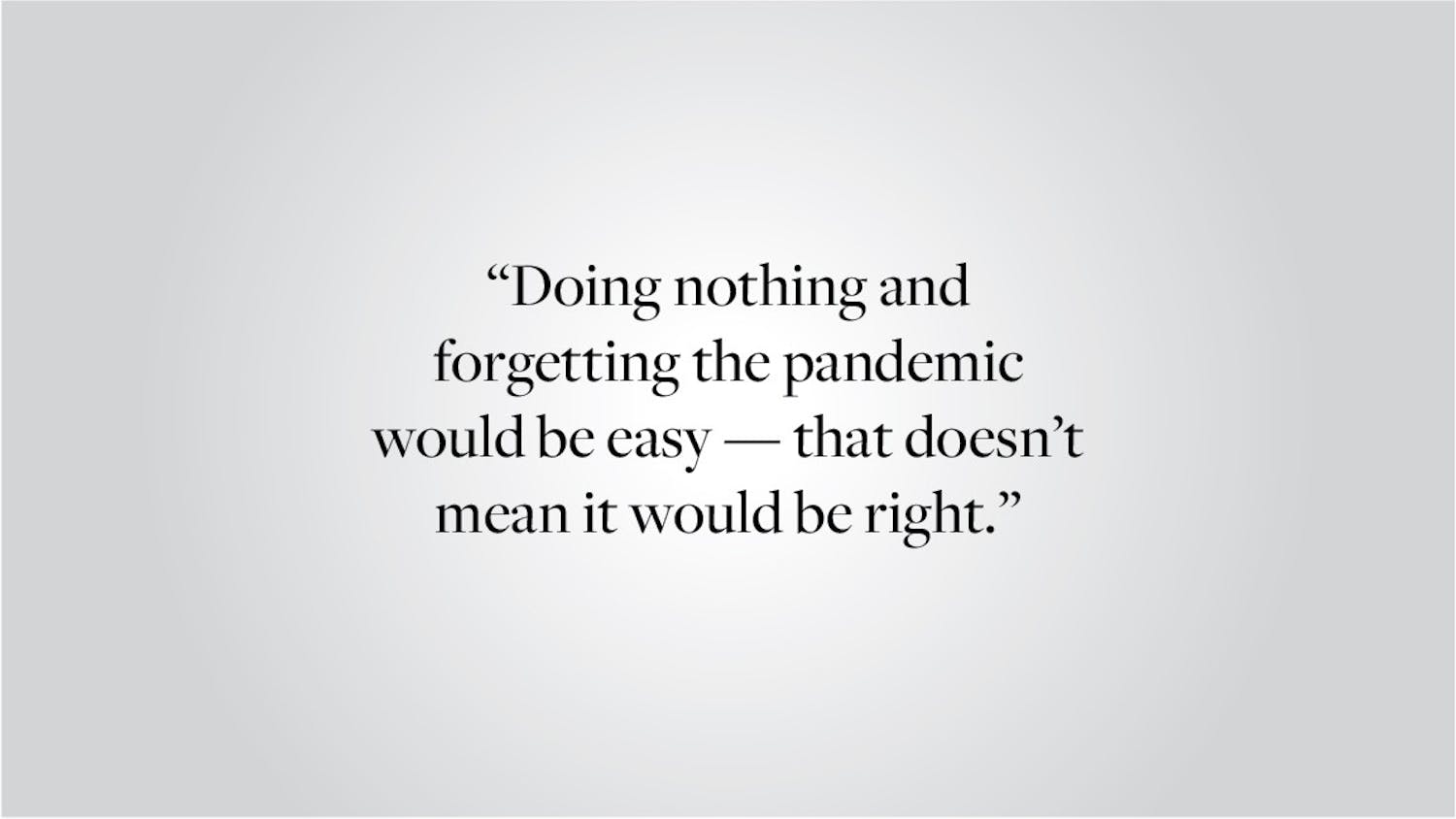 Thio ’22: Moving on from COVID-19 shouldn’t mean doing nothing