Slusarewicz ’23: It is time we reassess the pervasive college drinking culture

As a nostalgic senior, I’ve often found myself reminiscing about my first year, and in particular, the inextricable link between my first-year experience and partying. Drinking is at the core of the American college experience. For first-years eager to immerse themselves in college life, partying and drinking are often seen as obligatory practices. College students are more likely to engage in heavy drinking than their peers who are not in college. These behaviors, though normalized within university settings, can also be signs of alcohol use disorder. Thus, the prominence of drinking within students’ social lives can be dangerous, and particularly jeopardizes those who are susceptible to addiction.

For many college students, drinking is a meaningful part of their social identity. However, excessive alcohol use within groups can create distorted ideas about the impact and normalcy of drinking. First-years may be at a particularly high risk of falling victim to college drinking culture. They often gain entry into the campus social scene through college rituals such as pregaming and keg parties. Most first-years lack proper support networks in the first few months of college, and loneliness is correlated with a decreased ability to reduce alcohol use. Furthermore, those who have a rough transition from high school to college life may experience feelings of hopelessness, which is related to risky drinking behaviors.

I entered Brown already well aware that I’m genetically disposed to alcohol use disorder. While I was growing up, I witnessed the consequences of my own family’s substance use disorders on their emotional and physical well-being. Many of their negative relationships with drinking began in college for social reasons, where the habit eventually spiraled out of control. As a result, I swore off drinking altogether, but I still went to a couple parties as a first-year in hopes of meeting new people. However, I found that abstaining made me feel isolated, so eventually, I stopped going to parties. But I still heard the concerning confessions my peers would make after a night out — things like “I really don’t want to drink tonight, but I don’t know what I’m supposed to do,” and “I don’t even remember what happened last night.” As a first-year, I was on a substance-free floor, which in theory should’ve allowed me to avoid Brown’s drinking culture. However, many rooms on my floor still hosted drinking events frequently. This exacerbated my feeling that no place on campus is safe from drinking culture.

At Brown, I often feel as though avoiding alcohol requires an unfair amount of emotional energy. As a first-year, I was worried that avoiding parties would mean that I would miss out on social connections. Despite promising myself I’d never drink due to my family history, I still found myself in turmoil over whether I should give it a try. Fortunately, I maintained my resolve, but this isn’t the case for everybody. There’s no changing the past, but I can’t help but wonder how both my parents and my childhood would have changed had someone intervened to help them when they were my age.

Unfortunately, I can’t offer a concrete solution to drinking culture. Banning substance use altogether has been shown time and time again to be an ineffective strategy. Penalizing students who drink in non-drinking spaces may be a worthwhile endeavor to protect students who want to avoid drinking culture, but in some ways it’s only a Band-Aid solution. Perhaps the only way to address college drinking culture is to encourage conscientiousness amongst ourselves by recognizing when drinking shifts from being a recreational activity to a compulsive one. Changing an ingrained culture of normalized drinking on college campuses is a challenging task, but it is necessary to make college an experience that allows everyone to feel safe and included, despite their unique histories and needs. 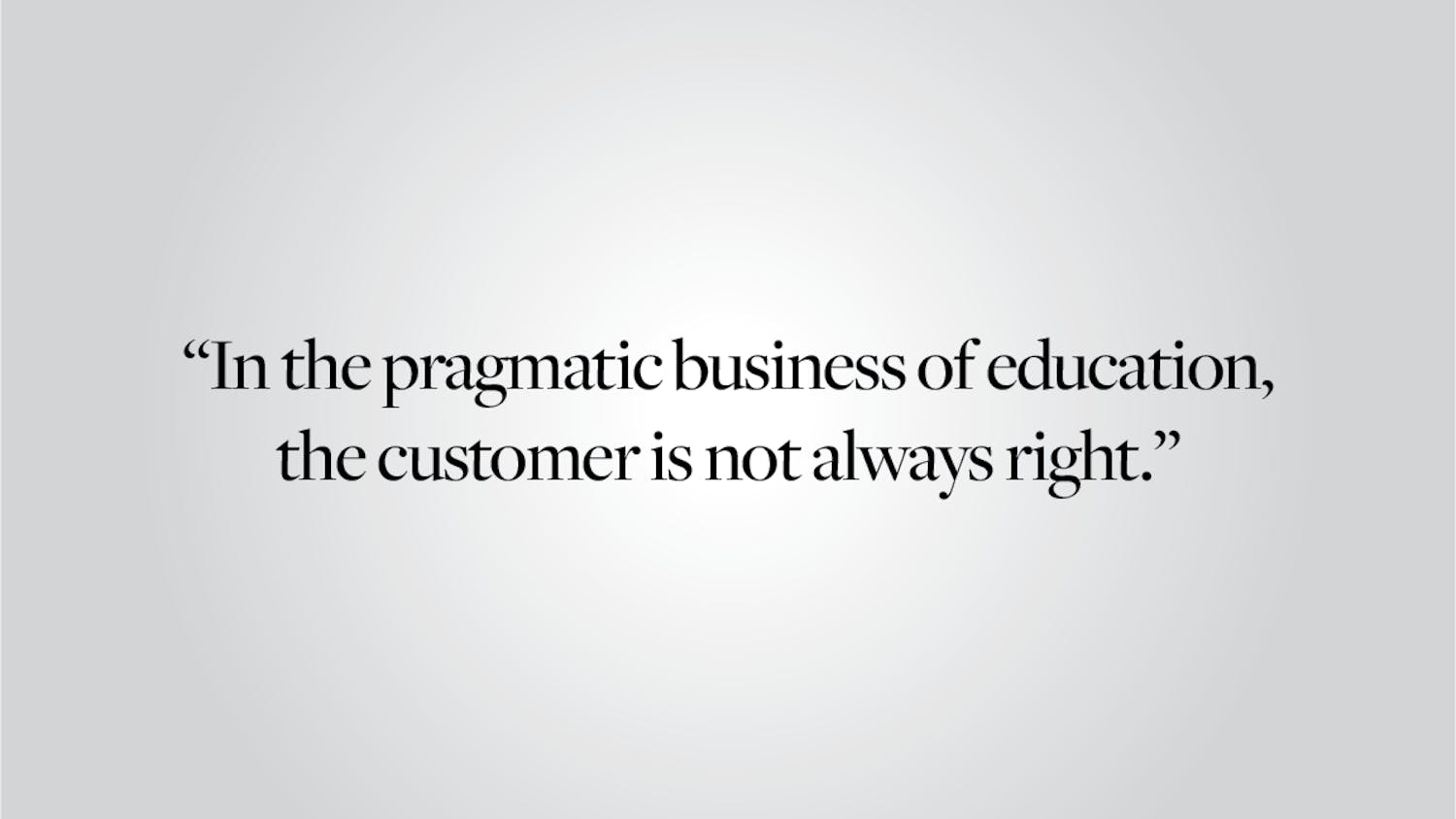