Growing up in Warwick, Deborah Spears Moorehead only knew one Indigenous family in the city other than her own.

A member of the Seaconke Pokanoket Wampanoag Tribal Nation, she wrote in an email to The Herald that she distinctly remembers feeling curious about her ancestors who first made their home in Warwick.

“I was obsessed with finding out what happened to my ancestors,” she wrote. “As soon as I started asking questions, my grandmother … (handed) me a pencil and paper and (told) me to draw everything in sight.”

Spears Moorehead — whose website describes her as a painter, sculptor and Native American consultant and historian — credits her career as an artist and activist to her upbringing and connection to her ancestry. Her work aims to “educate, assert, promote, value and validate the identity of the past, present and future generation of Eastern Woodland Tribal Nations,” according to her website.

Spears Moorehead is also one of two Rhode Island-based artists-in-residence in the University’s “Les Vues d'Amérique du Nord: Artists Respond” artist residency program that responds to a racist mural on display in the Nightingale-Brown House. Her work, a mural exhibit titled “Perceptions of Organizational Change, through a Kaleidoscopic Lexicon of Color,” was unveiled in October and will remain on display in the Nightingale-Brown House through late December.

Much of Spears Moorehead’s work has roots in an effort to shine a light on her culture’s heritage, she wrote — but also her family’s artistic tendencies. She recalled watching her mother doodling as she spoke on the phone and being “amazed” by the “fluidity in all the lines of her expressions.”

As a professional artist, Spears Moorehead uses her family’s creative traditions to make art that advocates for social and environmental justice while reflecting the cultural heritage of Eastern Woodland Native Americans, she wrote. Activism, she explained, is “innate” to her personhood and art.

“The mission of my art is to assert my people's presence in our homeland, since time immemorial to the present day,” Spears Moorehead wrote. “All my creative work is homeland-based and every piece has a unique story.”

Currently, Spears Moorehead is the owner and director of Painted Arrow Studio, Talking Water Productions, where she teaches about her heritage and curates creative work that aims to present the beauty of Indigenous people, she wrote.

Spears Moorehead’s own art primarily focuses on the “contemporary existence of Eastern Woodland Native American communities and cultural sustainability,” she wrote, with the goal of promoting awareness and dialogue about social and economic inequality.

Some of Spears Moorehead’s favorite works that she has created include portraits derived from conversations about resistance and survival. Her own relatives and individuals from Indigenous communities often visit her studio and talk about “what our ancestors had to overcome,” which often inspires portraits of the people she speaks with, she wrote.

Her mission of asserting her cultural heritage also extends to other mediums; Spears Moorehead co-founded the Nettukkusqk Singers, a group that aims to teach Eastern Woodland Native American women traditional women’s music lost because of colonization. And through her work as an author and consultant, she researches the obscured histories of Indigenous people, she added.

In the central hallway of the Nightingale-Brown House, home to the John Nicholas Brown Center for Public Humanities and Cultural Heritage, the walls are adorned with wallpaper titled “Les Vues d’Amérique du Nord,” printed in 1834 and installed in the 1920s, according to the residency’s website.

Several panels display “exoticized Indigenous dancers performing for a group of … white onlookers,” as well as a depiction of Black people in conversation based on a racist caricature, the website reads. In May 2019, public humanities graduate students wrote a letter calling for the wallpaper’s removal.

The wallpaper is “controversial and complicated in its meanings,” said Dietrich Neumann, director of the John Nicholas Brown Center. In their letter, the graduate students explicitly described the depictions of Black and Native Americans as racist.

In February 2020, Susan Smulyan, director of the center at the time, outlined steps the center planned to take to contextualize the wallpaper, noting the potential for commissioned artwork that would “reimagine” the wallpaper.

Beginning in fall 2021, Neumann worked alongside Marisa Brown, associate director of the Center for Complexity at the Rhode Island School of Design, to establish an artist residency to “give contemporary artists an opportunity to respond to the wallpaper with their own views about North America,” Brown said.

When Spears Moorehead applied to the residency, her profile stuck out, Neumann explained. Among the applicant pool, “Deborah seemed to be the one that could respond most evocatively to the problem (of the wallpaper) through her passion,” Neumann said.

Spears Moorehead’s residency resulted in a mural exhibit, “Perceptions of Organizational Change,” which obscures the original wallpaper. The exhibit will remain open until Dec. 22.

The mural includes four large panels titled “Return What is Not Yours,” “I Can’t Breathe, No Justice No Peace,” “The Radical Brave Who Dismantle Systems of Colonization” and “Authentic Realities of Truth,” she wrote. The panels replaced the previous covering of the wallpaper — silk prints created by Jazzmen Lee-Johnson MA’15, the other artist in residence.

Through the mural, Spears Moorehead aims to dispel negative stereotypes that surround Native Americans and Indigenous Peoples, she wrote.

“I spent a long time trying to figure out why anyone would want that wallpaper in their home,” Spears Moorehead wrote in reference to the family of John Nicholas Brown, who previously owned and decorated the house.

Spears Moorehead’s previous experience with teaching and creating art informed her approach to responding to the wallpaper. She decided to use her art to “communicate through the opposite avenue of racism and hatred.”

“I chose to teach through love,” Spears Moorehead wrote. In her panels, she “decided to portray … the many people throughout history who have made radical social changes that have made the world a better place.”

“I hope that (the) people who view my mural take away a realization that there is a multitude of incredible human beings who would give up their own lives and, through their tenacity, make changes for the betterment of all,” she wrote. 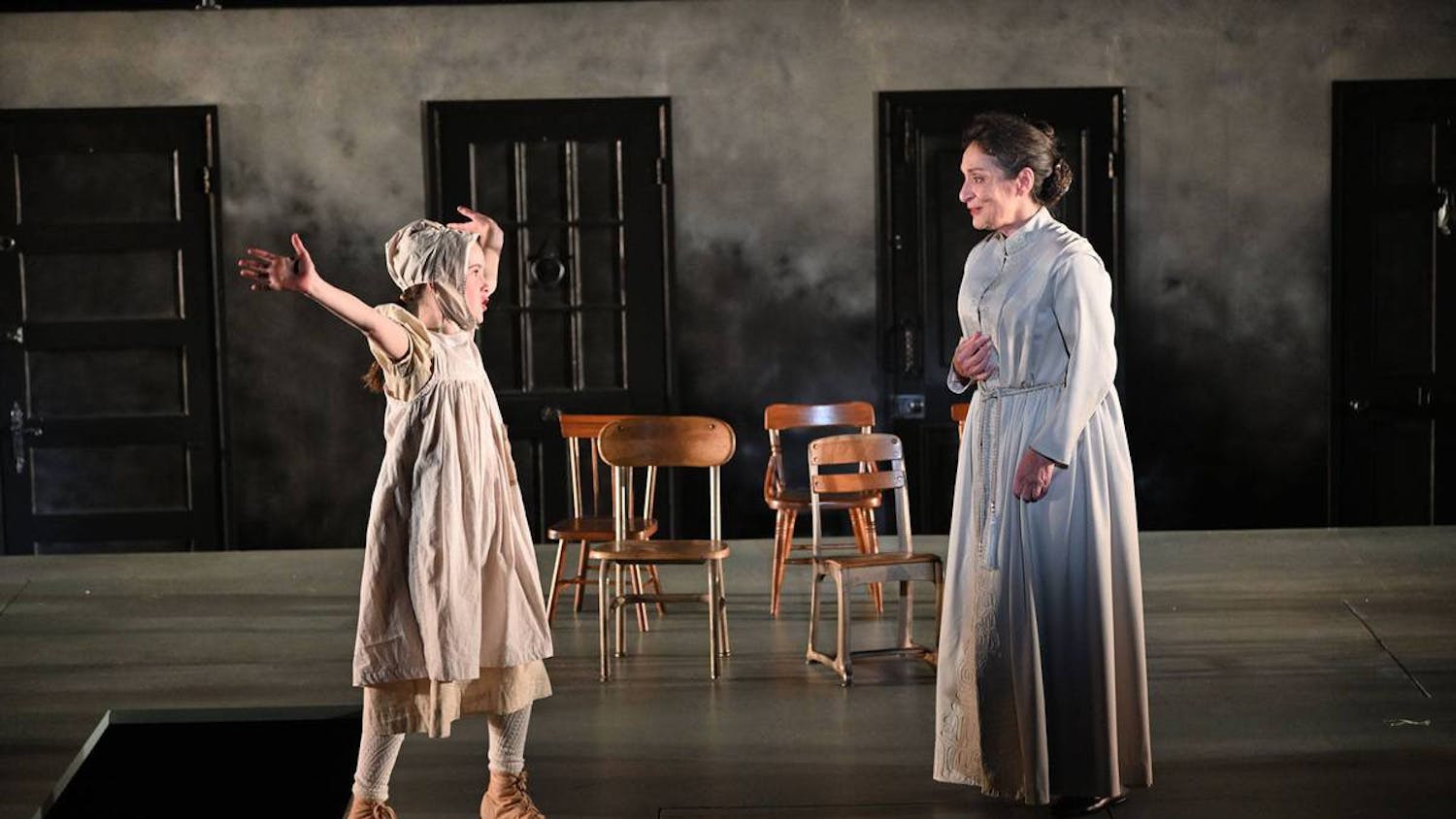 Six performances, exhibits to check out in Providence this month