Scholars, playwrights and actors have worked for two millennia to interpret and perform “Antigone,” Sophocles’ Athenian tragedy written in 441 B.C.

Earlier this month, a small group of University students condensed the process into less than a month — concluding in a one-night-only performance at T.F. Green Hall Dec. 7. The production, directed by Emily Mayo ’24, was cast, staged and rehearsed in only four weeks and lacked any official funding or budget.

“Antigone” is the last of Sophocles’s Theban plays, which follow the “rise and fall of Oedipus’s House,” as brothers Eteocles and Polynices battle for their kingdom’s throne, according to the play’s program. Mayo based the production’s story and script on Anne Carson’s translation of the classic Greek tragedy, which offers a modern take on the tale.

The show was adapted to "theatre in-the-round" —with audience members sitting on all sides of a central stage — which Mayo said was “a great challenge for any actor and screenwriter,” as the cast had “nowhere to hide.”

Mayo said that she chose this production style because of the story’s intense emotions and the need for every audience member to be “complicit in what’s going on” as they witnessed the characters’ decisions.

The Dec. 7 production opened with a discussion between sisters Antigone and Ismene, played by Grace Miller ’24 and Abby Schindell ’25 respectively, about their brother’s burial rites. The performance deviated from Sophocles’s original script at points as Carson’s translation was intended to be more modern, which Mayo hoped would make the play more applicable for present-day audiences.

“Antigone” has a number of central themes, including “grief, female rage (and) power and who gets to challenge it,” according to the show’s program. Although Mayo said that she does not believe the play’s ending has a moral, both Miller and Mayo said that they appreciated “Antigone” for its discussion of whether or not conflict can have a right answer, as well as its dialogues about justice and the wants of individuals.

While the plot of “Antigone” is not particularly relevant to modern life, “people are still the same, and the core emotions that these people feel are emotions we see from, speak from and draw from,” Mayo said.

Miller added that the story’s modern-day relevance comes from its timeless discussion about and questioning of values.

The plot of “Antigone” is primarily driven by its characters rather than a straightforward narrative, Mayo noted. “To some degree, even though there is a guiding plot, (“Antigone”) is a series of character portraits,” she said.

JL Zhang ’24, who played Creon — king of Thebes and Antigone’s uncle — was drawn to audition for “Antigone” after they saw a National Theatre production of the play.

Zhang said that their role as Creon was heavily influenced by the changes made in the show’s translation. “The way Creon interacts with language … is so antithetical to how I am as a person,” they said.

Zhang, as Creon, had among the most stage time and the most interactions with other characters within the show’s cast. The show’s core conflict comes from Creon’s dictatorial ruling style — which underscored the importance of the role, Zhang said.

To prepare, Zhang joked that they repeatedly listened to “The Calling” by The Killers — and practiced looking at their fellow cast members from a position of superiority.

Miller said she prepped for her role by “thinking about being 16 and seeing things in (a) very much black-and-white headspace,” which she thought reflected Antigone’s approach to life.

She hoped that, after watching the show, audiences thought about “what’s important to them … The kinds of ideas that they value, the kinds of things they … (think are) worth sacrificing.” 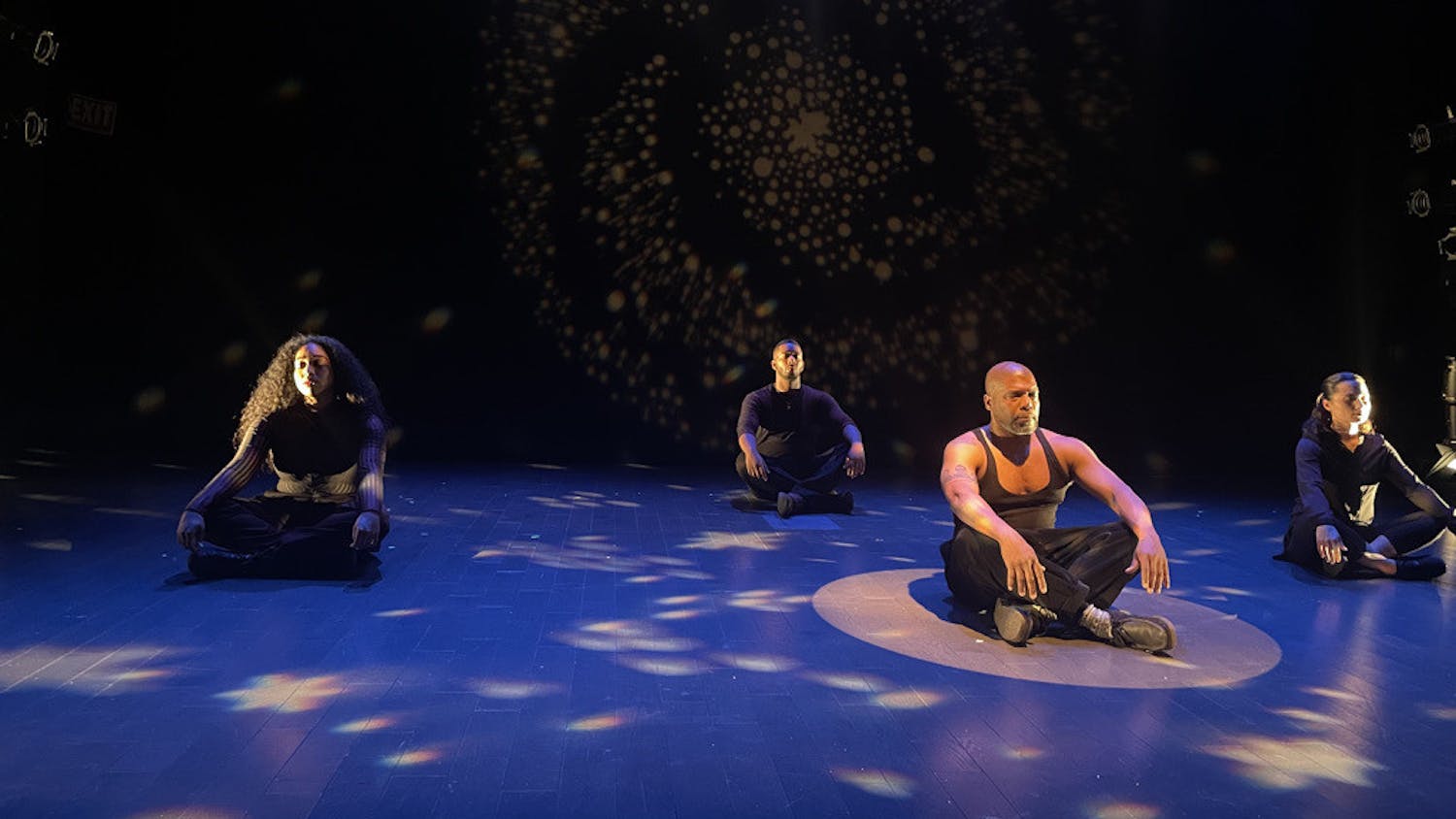 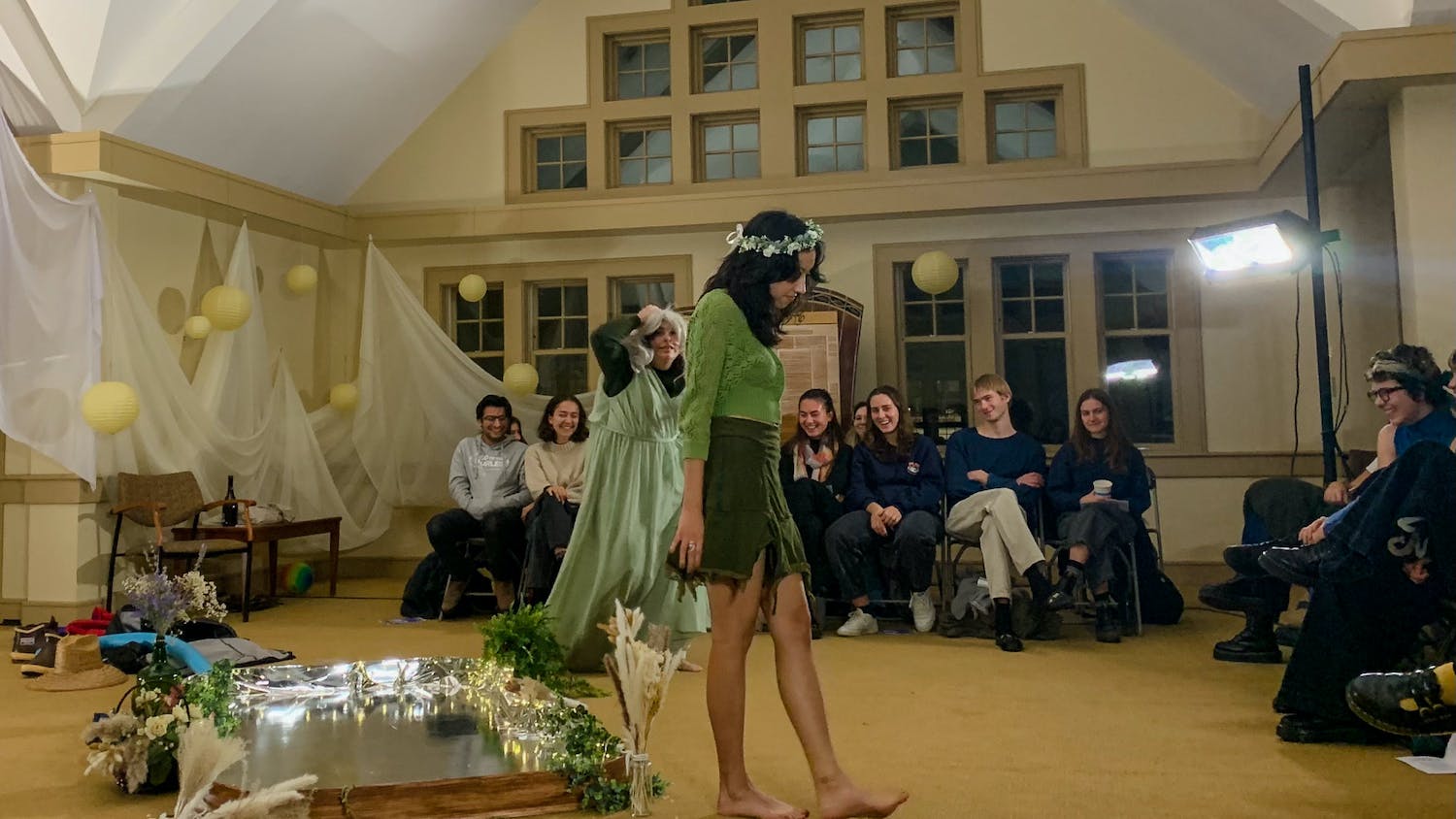