On Saturday afternoon, the men’s basketball team (10-9, 3-3 Ivy) defeated Columbia (6-15, 1-5 Ivy) by a score of 97-85 in a high-scoring affair. The Bears’ offensive effort was spearheaded by Nana Owusu-Anane ’25, whose 27 points and 18 rebounds earned him Ivy League Player of the Week honors. Bruno dominated in the 148th meeting between Brown and Columbia, earning their 73rd all-time victory against the Lions.

“I thought we played the right way — guys took what the game gave them,” Head Coach Mike Martin ’04 said in a press conference following the game. “It gave Nana a lot of opportunities, and he was confident and aggressive, and his teammates were looking for him.”

Owusu-Anane, Aaron Cooley ’25, Kino Lilly Jr. ’25, Dan Friday ’24 and Paxson Wojcik ’23 started the game for Brown. After falling into a quick 6-1 hole, Bruno went on a 12-0 run to take an early lead. The run was sparked by Owusu-Anane finding a cutting Wojcik for a reverse layup and included a thunderous slam dunk from Friday.

After back-and-forth play, Bruno led Columbia 18-16 with 13:07 left in the first half. But consecutive buckets by Owusu-Anane and Landon Lewis ’26 propelled Brown to a 22-16 advantage. Owusu-Anane led the offense from the jump, scoring 15 of his 27 points in the first nine minutes of the contest.

“My teammates were really just looking for me … I had opportunities to get to the rim and shoot” three-pointers, Owusu-Anane said in the postgame press conference.

With one minute remaining in the first half, Brown held a narrow four-point lead. Owusu-Anane corralled his own miss and scored off a putback, and Wojcik forced a miss on the defensive end before making a reverse layup to give the Bears an eight-point lead. The Lions hit a late three to cut the margin to five points, making the score 51-46 entering halftime.

Owusu-Anane opened the scoring for Brown to begin the second half, hitting a layup to give Bruno a seven-point lead. Cooley soon ignited the Bears’ offense with a jumper and a steal, sending him flying into the stands, before an explosive 14-point run capped by Perry Cowan ’23 scoring a three that extended the lead to 71-50.

“Aaron Cooley gave us an unbelievable spark to start the half, (scoring) a bucket and then (diving) into the fifth row (to get) us a steal,” Martin said. “We need everyone to play with that confidence and that edge.”

Owusu-Anane, displaying his command of the game, snagged two offensive rebounds and hit a layup over two defenders, giving the Bears a 17-point lead of 85-68 with 4:30 left in the contest.

“He’s a bull down there,” Martin said of Owusu-Anane’s aggressive play. “He’s tough and he’s got an unbelievable motor.”

Although the Lions shed a few points off their deficit, the Bears ultimately prevailed by a final score of 97-85.

All five starters for Brown, along with Lewis off the bench, scored in double figures in the Bears’ highest scoring output of the season. Owusu-Anane — with career highs in points and rebounds — helped carry Bruno to the victory, shooting a strong 11-23 from the field and 2-5 from three-point range. Lilly Jr. added 16 points, the second most on the team.

“There's a lot we can improve upon, but we took care of the ball offensively (and) didn't turn it over,” Martin said. “We shared the basketball really well, and we didn't give up too many second chance points.”

Bruno shot 39-78 from the field and 6-17 from behind the arc. Notably, the Bears converted on 13 of 16 free throw attempts, significantly outperforming their season average of 59.5% from the charity stripe. The Bears outrebounded the Lions 41 to 30 in addition to recording more assists, steals and blocks and fewer turnovers.

In a narrow upset against Princeton, the top team in the Ivy League, Lilly Jr. scored 26 points and Owusu-Anane contributed in all facets, tallying eight points, eight rebounds, five assists, four steals and two blocks. With competitive play in December and January, Bruno has risen to fifth in the Ivy League rankings.

The Bears look to improve their record when they face off against Cornell Saturday, Jan. 28, at 2 p.m. on the road. The game will be available to stream on ESPN+. 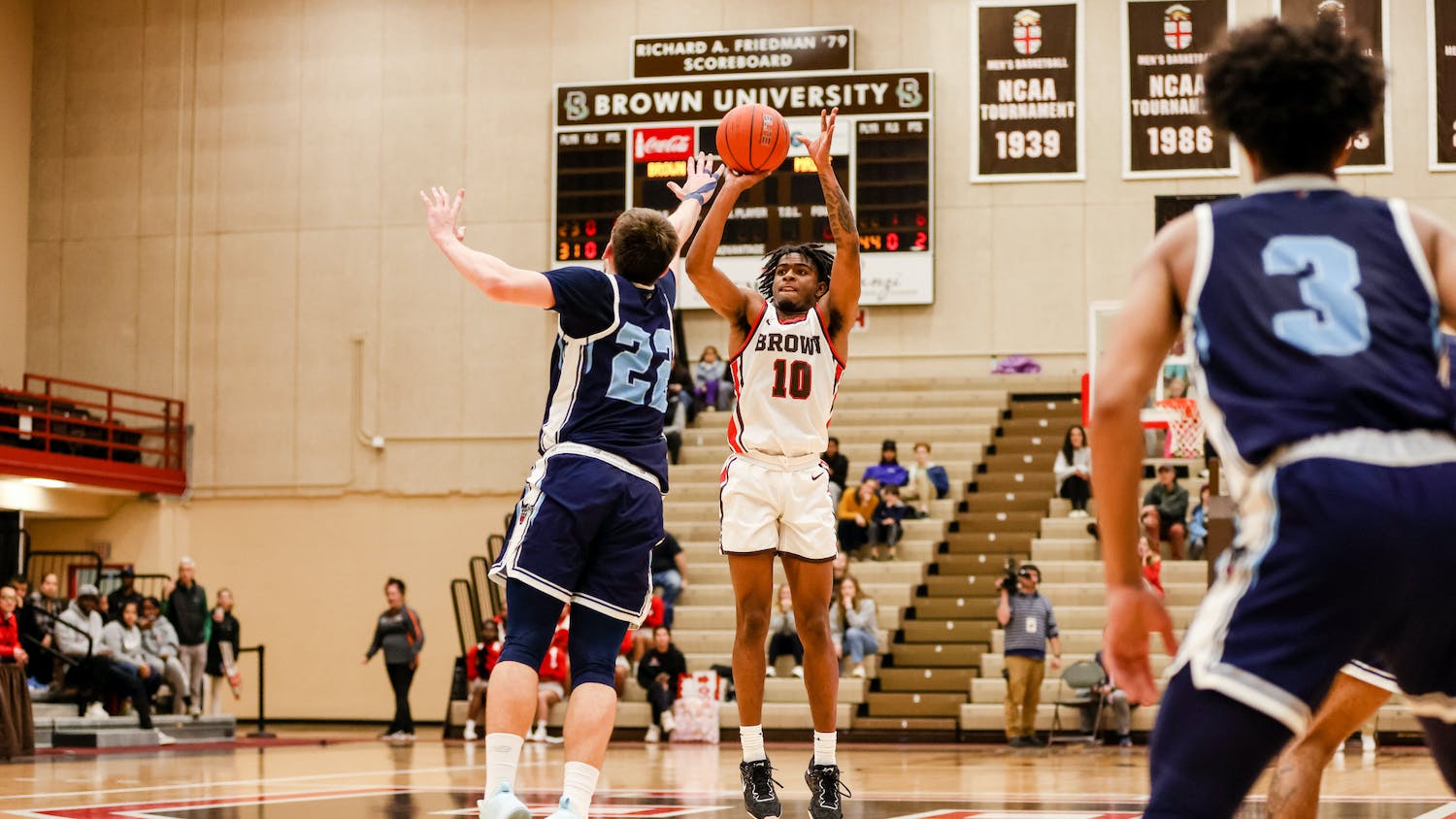